Prague, It’s The Stuff Fairy Tales Are Made Of

Prague has it going on.  When you think back it wasn’t that long ago the Czech Republic was behind the iron curtain; the fact that we are now free to come and go across the border wasn’t lost on me.

It’s what ran through my mind as we traveled by train from Prague to Kutna Hora; we’re on a train in the Czech Republic.  How inspiring is that?  It didn’t matter that we’d been sick for days, we were riding a freakin train across the Czech Republic.

The Magic of Prague

Seven days later as we rode away from Prague on a big giant bus, I couldn’t help but feel a bit cheated.  We missed a solid day and a half while we waited for the plague to leave our bodies and even though we managed to leave the apartment the last couple of days, we were still dragging our backsides.

We didn’t get to experience Prague on a full tank so to speak. But what we did do and see was amazing. The architecture is stunning and my neck ached from constantly looking up. The magic of a beautiful river running through the heart of the city,  a castle on a hill standing guard over the city below and a breathtakingly beautiful basilica, it’s the stuff fairly tales are made of. 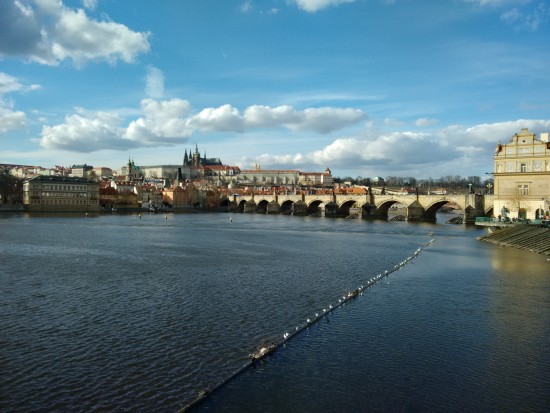 Vltava River with the castle on the hill.

If you find yourself planning a visit to Prague, allow at least two days to just wander and get a feel for the city. Stroll through one of the many beautiful parks, find the Letna Beer Garden (thank you Talon for the suggestion) and take in the spectacular views of the river and city below, while watching the many boats drift lazily down the river. By the way, Prague is all about the beer – Pilsner Beer!  You can buy a beer for less than a bottle of water. 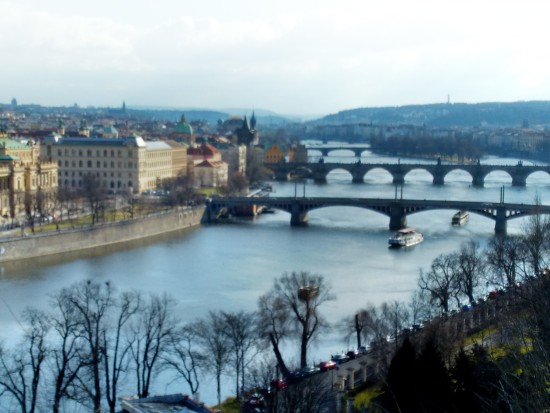 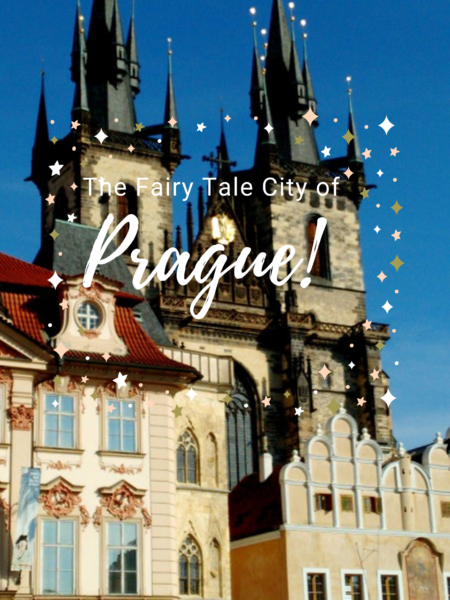 We didn’t tour the castle.  But we did enjoy strolling the surrounding park and goofing on the imposing guards!

I think he was trying not to laugh.

While you’re wandering up and down the cobblestone streets, don’t forget to look up! 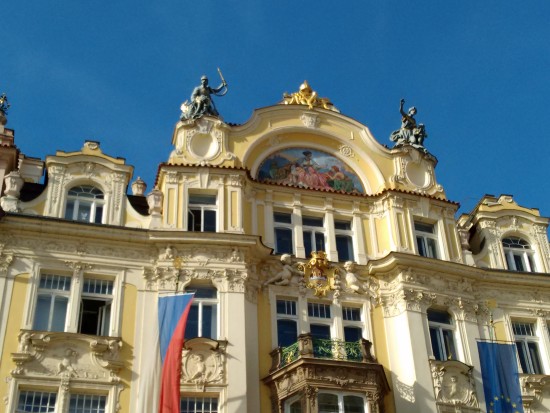 Eastern Europe has not caught up with western Europe when it comes to smoking regulations as most restaurants, bars and public spaces are smoking friendly. UPDATE:  A smoking in public places ban is now in effect.

You will hear American pop music everywhere you go in the city. Listening to Katy Perry while having dinner in Prague just doesn’t seem to balance out, but there you have it.

I love that while you’re in Prague trying to buy a pretzel and calculating the money, you can put a few coins in your hand and the vendor will take what she needs.  We did this many times, we were never cheated.

We originally planned 13 days in Prague but ended up changing the dates so we could spend six nights in Bavaria. Absolutely no regrets, but we would have gladly spent the full 13 days in Prague, there was much more to experience beyond the most recognized. 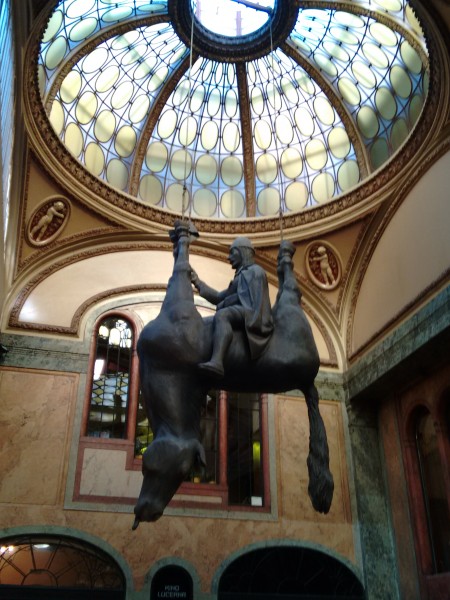 We came across this hanging sculpture.

So what do you think, is Prague on your radar?!

How Cold is Paris in the Winter?