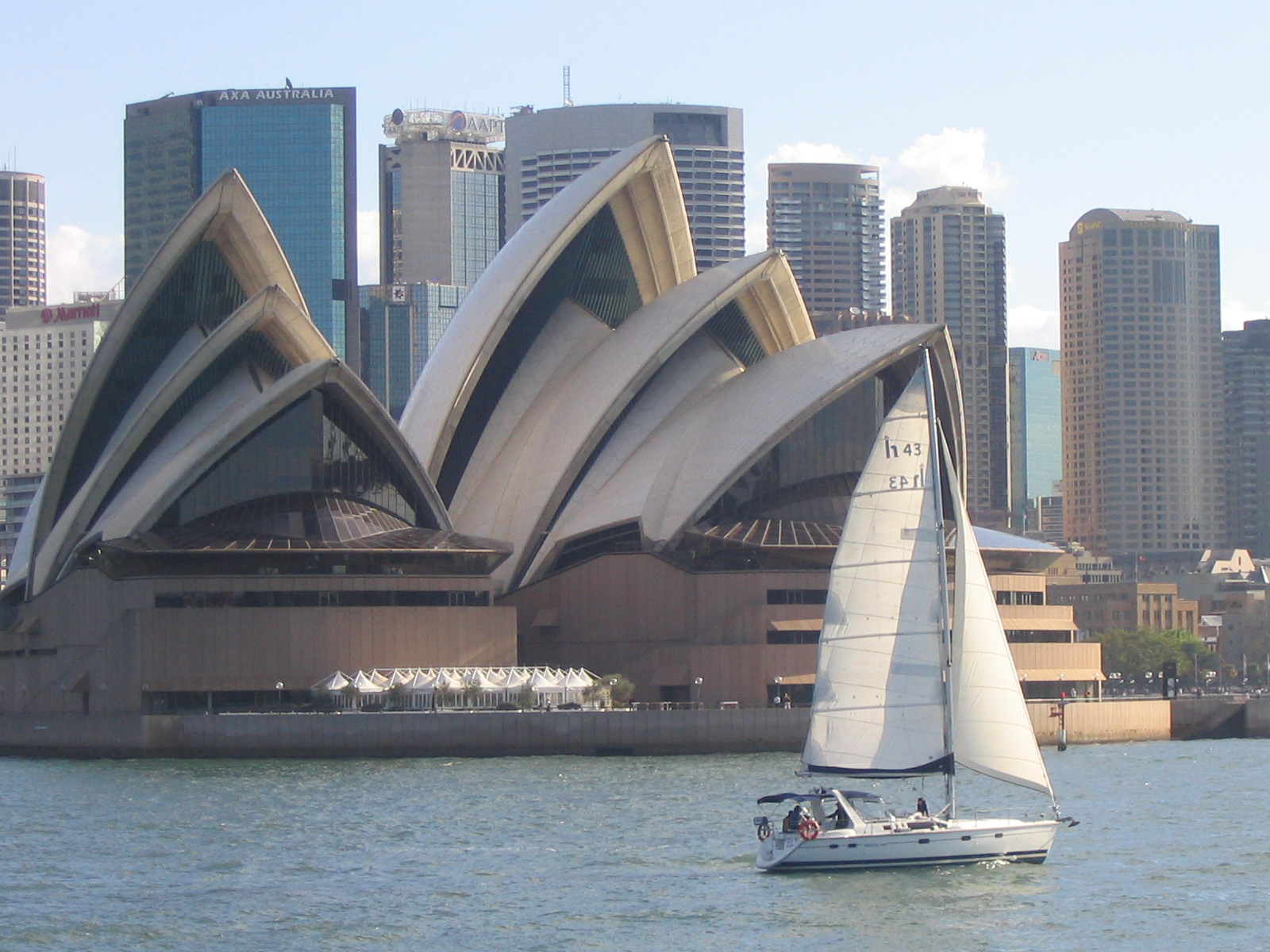 October 2, ’04 – After a 2 1/2 hour delay out of Melbourne, due to nasty weather in Sydney, our flight took off and the three of us bumpity, bump, bumped our way to Sydney; arriving to torrential rains.  Sydney is an awesome city, very cosmopolitan.  So much to see, so much to do.

Dustin was able to join us for the weekend and we crammed in as much as we good in the time allowed.  We hired a private tour guide to drive us through the city and surrounding neighborhoods which was a great way to familiarize ourselves with the city.  We of course visited the Sydney Opera, the Sydney Harbour Bridge, the waterfront, the downtown business district, the Rocks and Abi and I took a guided day trip to the wine country. 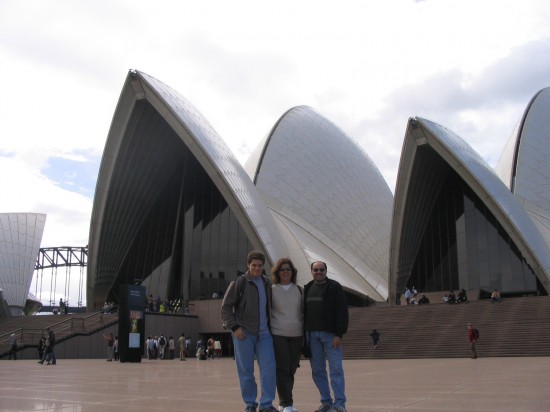 The Sydney Opera House. Pictures do not even begin to capture the size and splendor! 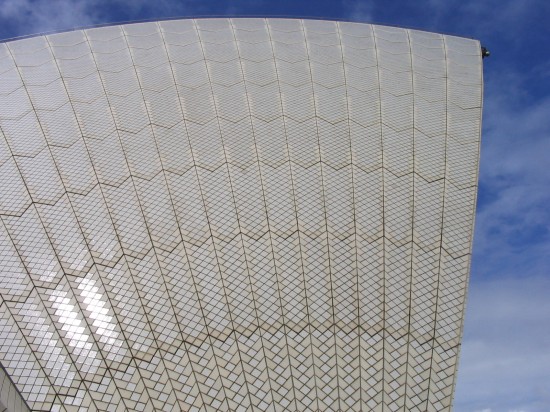 Close up view of the tiles 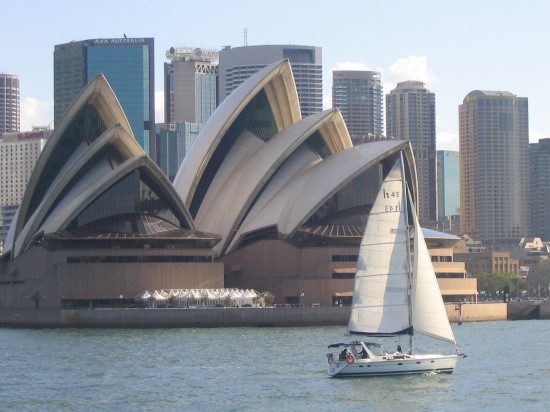 View from the harbour 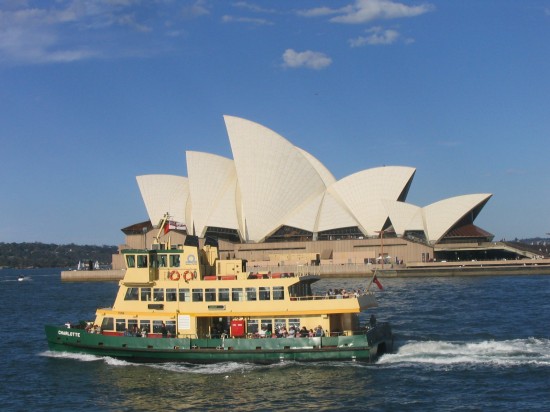 We took a guided tour of the Opera House, there are actually multiple stages and theaters, the main one of course is HUGE.  We decided we just had to see a performance of something so we bought tickets to a play titled, “The Miser,” which was a French story and was performing in one of the smaller theaters.  I think each of us dozed off at some point in the play, but it sure was fun to see a play at the infamous Sydney Opera House! And we never knew the reason why, but that night there were fireworks over the harbour!  I like to think they were for us.  :o) 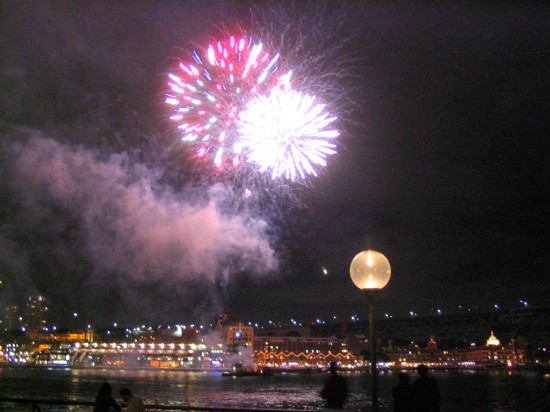