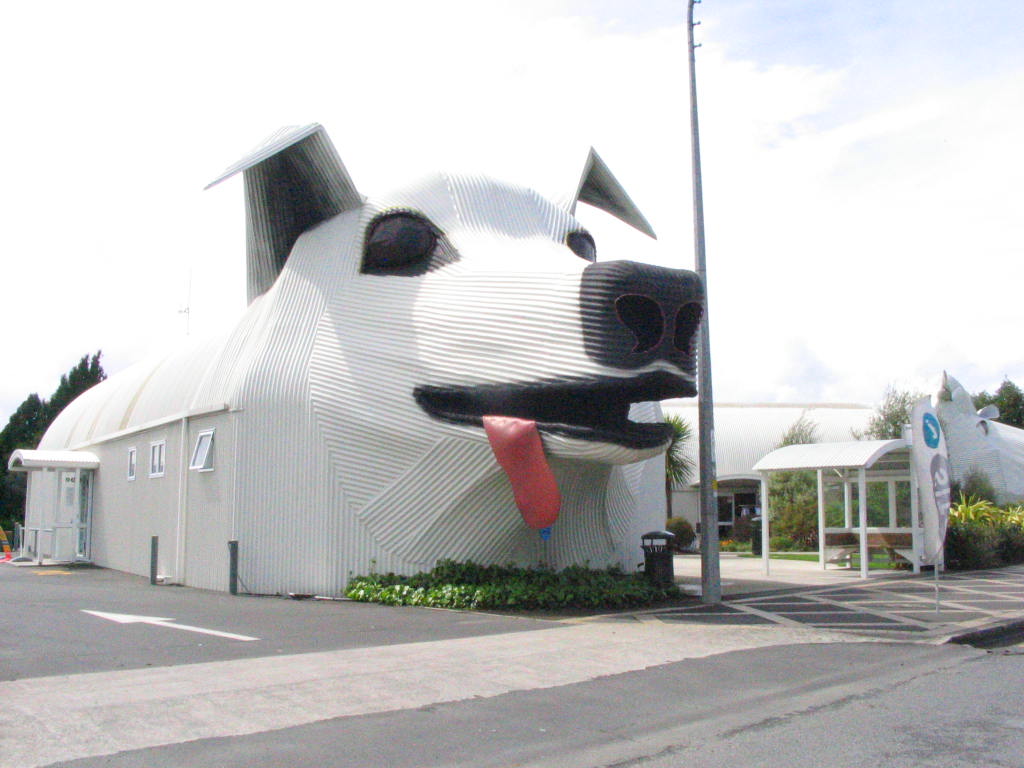 October 8 & 9, ’04 – Abi and I rented a car and quickly learned to drive on the “wrong” side of the road.  Actually, it wasn’t the driving that was the hard part, it was turning on the blinker when you wanted the windshield wiper!  Everything is opposite of what you know, that’s the challenge!  Oh, and driving round-abouts when you’re on the wrong side of the road, those are tough.  We drove our rental to the Tongariro National Park, the land of the Lord of the Rings. 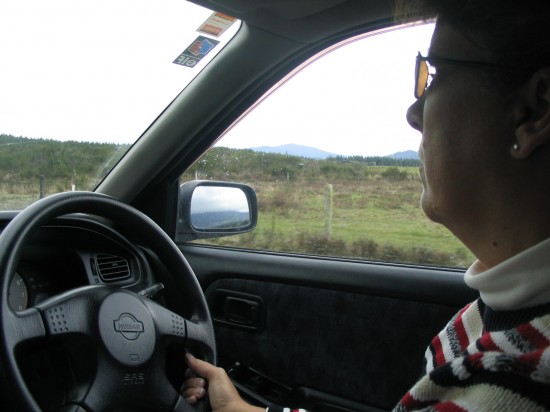 Me, driving while going against everything my brain is telling me to do! 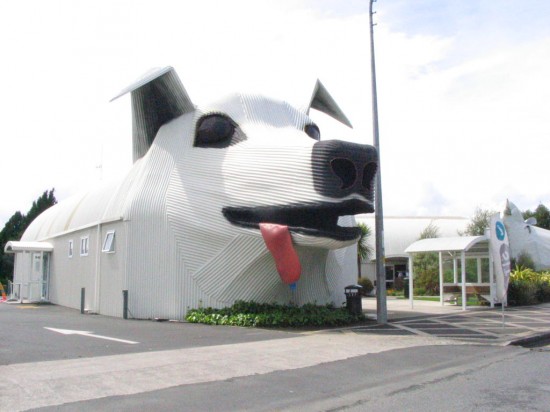 I have no idea!

Here is an email I sent home describing our 2-day adventure!

“For those of you who are fans of “The Lord of the Rings” Abi and I have returned from the land of Mortor and Mt. Doom.  Thinking our car trip was only going to take about 4 hours, it was more along the line of 5 1/2 hours, but well-worth every minute.  We met our friend, LeRyna, in the National Park Village, near the Tongariro Crossing.  Don’t let the name food you; there is no village in the National Park Village.  Just a collection of a few hotels/lodges and a “petrol” station.  And oh yes, the railway station where believe it or not we had a wonderful dinner!  To add to the charm, the train thundered by twice and the wine in our glasses actually quivered and the hardwood floor rumbled.  It was perfect!

The three of us spent some time roaming the area where the movie was filmed and it is spectacular country, so much diversity with a small area… deserts, hills, green fields, snow capped mountains, volcanoes, etc.  After spending the night in a quaint New Zealand lodge we said good-bye to our friend and we chose an alternate route back to Auckland.

We found a hiking “trek” that the lodge owner had told us about so Abi and I decided to go for it and we were so thankful we did.  It was a little more of a trek than we bargained for and of course I slipped and fell in the mud, but we were both so taken in by the beauty of it all.  We walked through rain forest, up and down hills, came across a pond and hiked alongside a river that was so pristine.  It was amazing!  The scenery of the countryside is so picturesque it is beyond description, but I’ll give it a try.  Rolling green hills strewn with grazing sheep and hundreds of spring lambs, with the occasional farmhouse with aluminum roofs.

We passed through many small villages and I won’t even attempt to pronounce the names.  We stopped at a bird sanctuary and paid the obligatory $6 so we could see an actual kiwi bird.  I mean after all, we had seen the land of Mortor and the hillside sheep; we couldn’t leave NZ without having seen a kiwi!  They’re actually quite cute.  We drove nearly 500 miles, but it gave us a wonderful snapshot of New Zealand.” 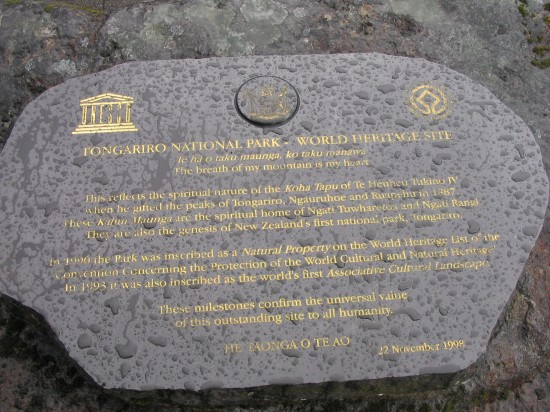 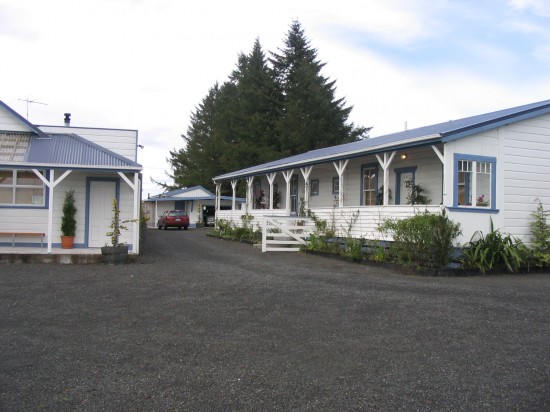 Where we spent the night, clean and charming. 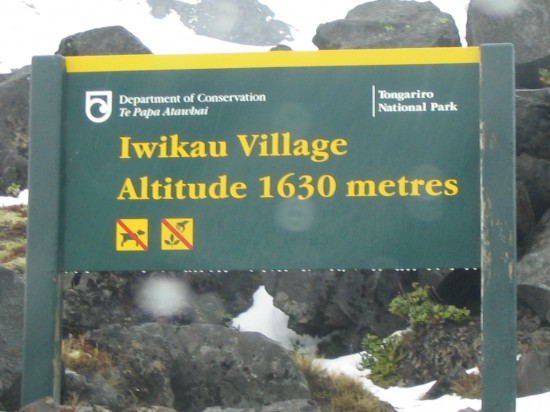 Iwikau Village – an area in which scenes from The Lord of the Rings were filmed. Did I mention it was spring?! 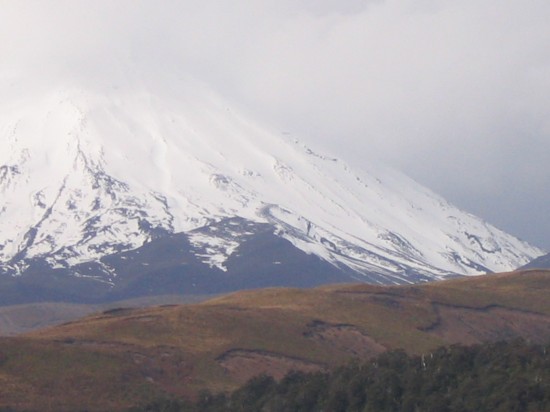 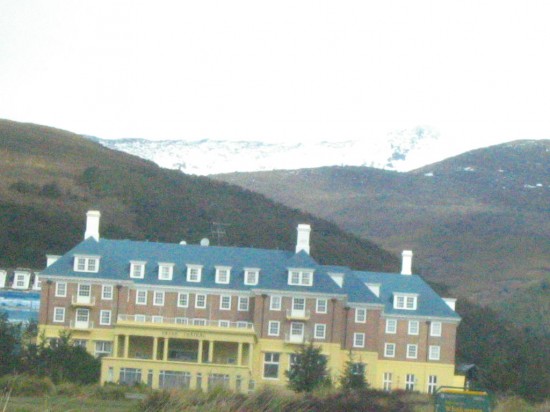 The Grand Chateau Hotel & Golf Course… We tried 6 months in advance but could not get reservations! Literally, in the middle of nowhere! – Uh, no, the building is not leaning, but the photographer was!