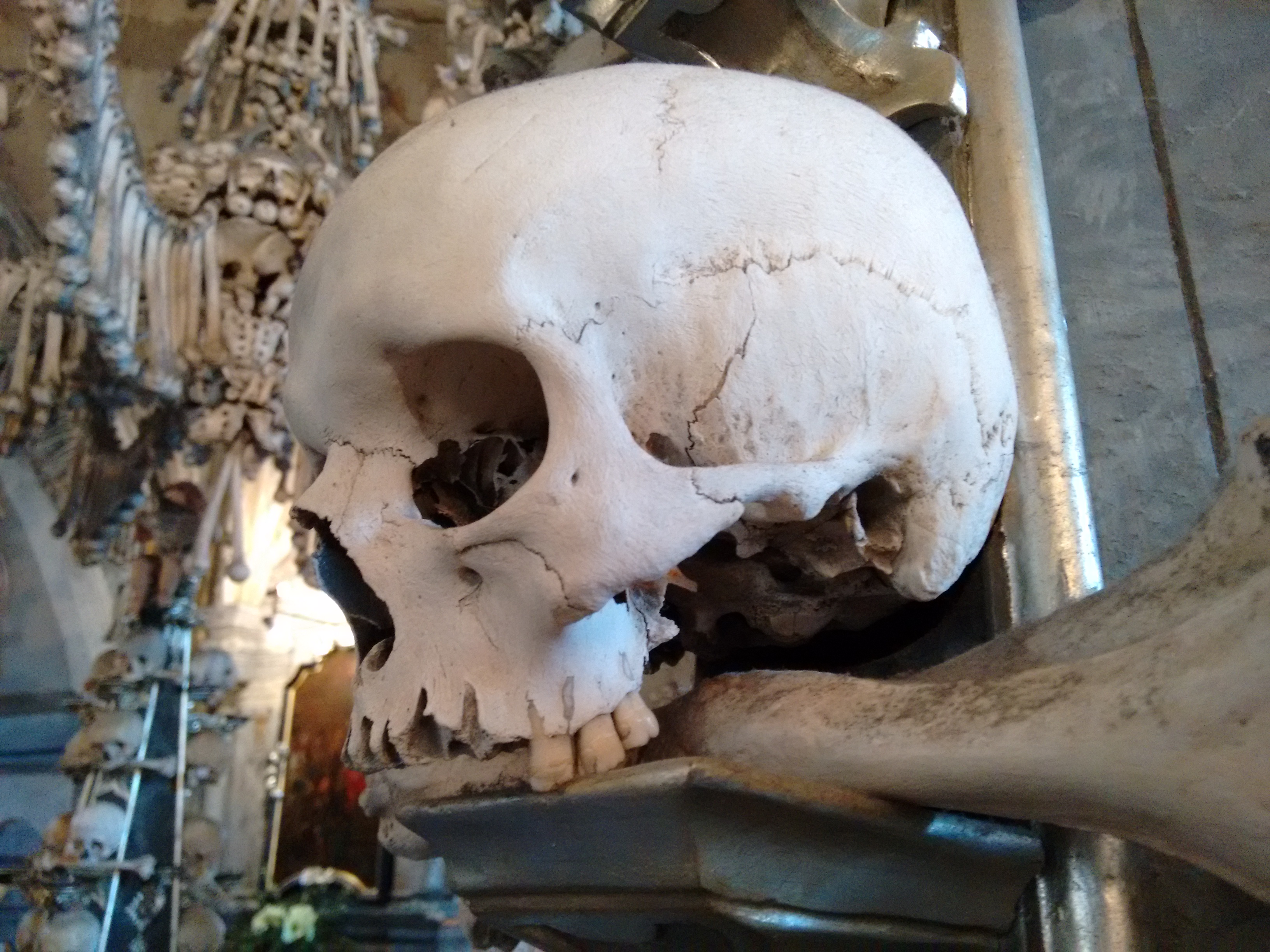 With only two days left in Prague it was a choice between Sunday or Monday as to which day we would take a day trip to Kutna Hora.  We decided Sunday was the better choice giving us a just in case day if we didn’t make it.

You know, like if we couldn’t get out of bed in the morning because we were still fighting off the bug from hell that was ailing us. 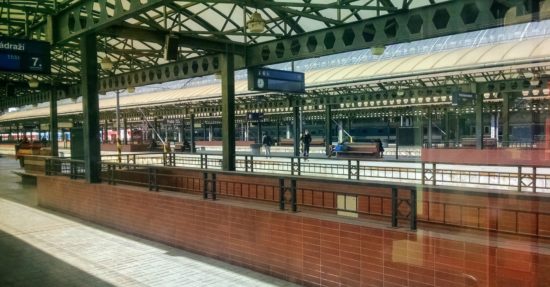 My spirits lifted as we stepped onto the train and discovered we had a compartment to ourselves. There’s something special about train travel.  It’s not just a mode of transportation from point A to point B, it’s so much more. I like to sit back, watch the world pass by and let my imagination run wild.  As we traveled through the Czech countryside I said to Abi, “We are on a train in the Czech Republic.”  Sometimes, you just have to put the moment into words. 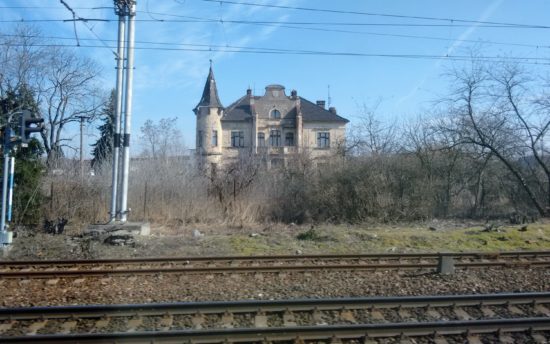 Okay, so here’s my travel tip for the day.  If it’s Sunday, don’t go to Kutna Hora.  We walked a good two miles from the train station to the village only to discover the entire population of the town had mysteriously vanished into the nearby fields, or, they simply do not exist on Sundays.  You pick.

I saw the potential charm of the village but it was seriously depressing. We wandered a bit hoping to turn the corner and find some life, but all we found were a few smoke-filled pubs and a tiny little Kabob shop.  One of the great things about traveling is coming across a tiny little Kabob shop, finding the food to be surprisingly good and discovering the owner was originally from Syria. How he found his way to Kutna Hora, I would love to know. 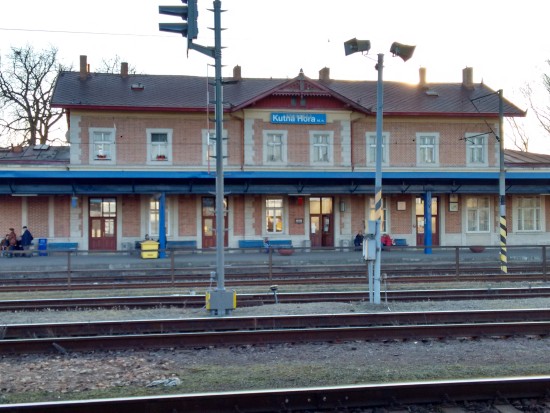 Exactly what you thought the station would look like, right?

There’s a reason travelers such as ourselves make the trip to Kutna Hora, there’s a church that beckons to the curious.  It’s not just your average centuries old chapel – far from it.  It’s known as the Bone Church because it is filled – and ornately decorated – with the bones of approximately 40,000 people.  I know, right?! 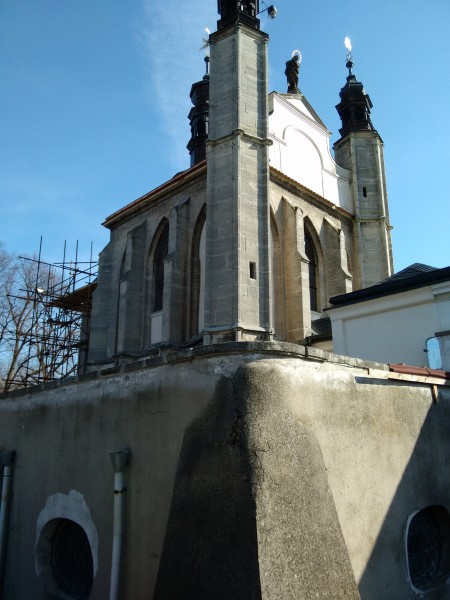 Way back in a far-a-way century, soil from the holy land was spread upon the land where the church now stands. Because the land was then considered to be sacred, it was thee place to be buried.  After wars and plagues the cemetery outgrew its population.  Many of the bodies were exhumed and placed inside the chapel. 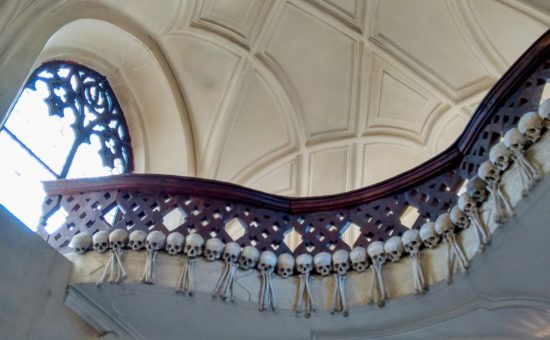 The legend tells the tale of a monk who went a little mad and began to decorate the sanctuary with the bones.  The fantastic and somewhat eerie decor seen today is the work of Frantisek Rint, who was commissioned in 1870 to decorate the chapel.

Not a Bad Way to Spend Eternity

It’s a little creepy – inside the chapel – but I thought, if my skull was one of the skulls that made up the chandelier, it’s not such a bad way to spend eternity.  I suppose there are worse things. 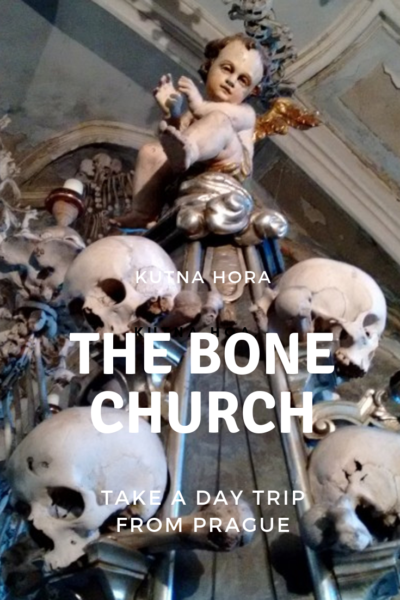 I couldn’t help but wonder if the chapel is haunted. It certainly was bone-chilling cold inside (sorry, could help it), so cold we could see our breath, or was it our breath?!  I suppose cold air is much better for the brittle bones.  All in all it felt very peaceful, a resting place for the long-departed, but I would certainly not want to spend the night in the chapel to find out! 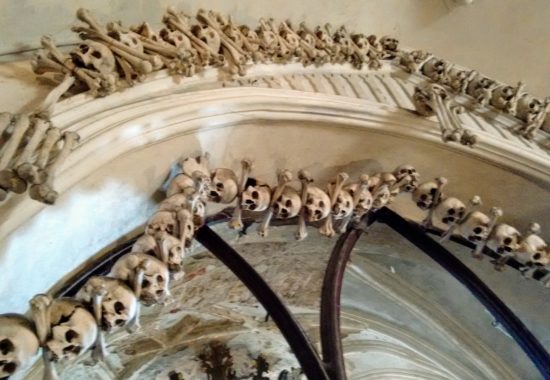 What You May Not Know About the People of Iran
Share: