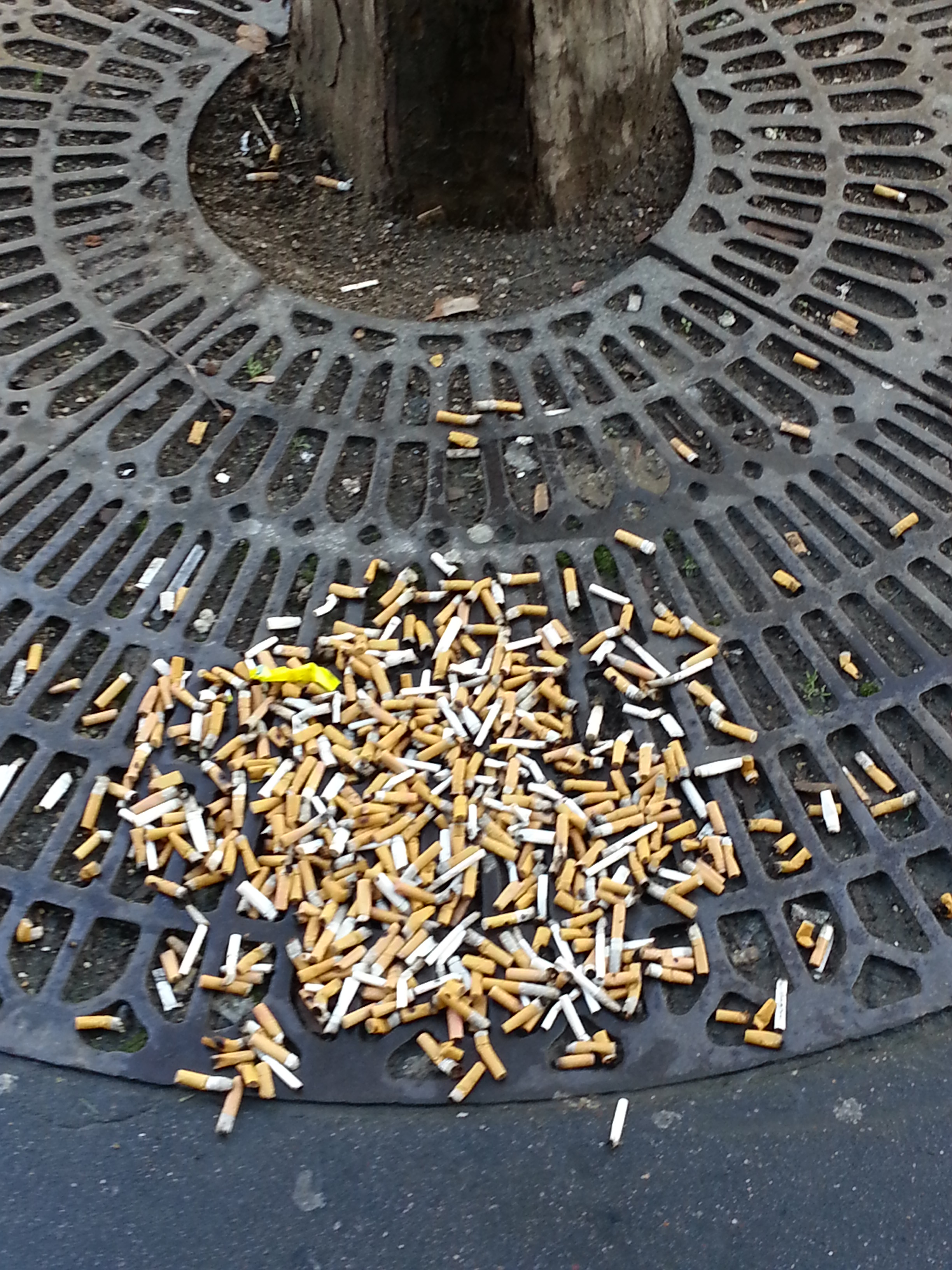 Is there such a thing as smoke free travel?  Before I try to find an answer to my own question, let me say right up front this post is not meant to offend anyone who happens to smoke, it’s just my perspective; how it impacts my life and our travels.

As we think about future travels we talk at length about returning to western Europe, but Eastern Europe is calling to us as well.  We have one extreme problem though and that is the smoking of cigarettes as the national pastime in many European cities.  I am allergic to smoke/tobacco. My lungs and I do not do well at all when subjected to the haze of cigarette smoke.  I actually travel with a mini-pharmacy of antibiotics and a prescription cough syrup because once my body reacts, I go from zero to sixty to full-on sinus infection and bronchitis in a matter of hours.  I knew smoking would be an issue in Paris, but it was so way beyond what we thought it would be.  Abi has traveled to Spain and Portugal and found it just as bad.  He is not allergic but the smoke in Paris even got to him. 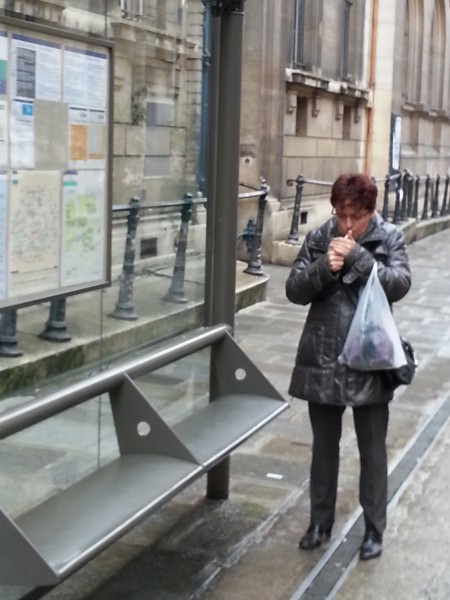 While we were in Paris I tried to do some research, thinking they must have the highest cancer rates anywhere! Interestingly, I wasn’t able to find much in the way of current research.  I did find a site that discussed the issue and it stated that there is a mind set that if you do not want to smoke, live in London, but if you want to smoke live in Paris because the health care system can help keep you alive.  Apparently, a few years ago France did ban smoking in restaurants, offices, etc., so people who used to sit inside cafes lighting one cigarette after the other simply moved out to the sidewalks, even in the dead of winter we would find the die hard smokers sitting outside nursing an espresso and smoking.  Many of the restaurants have enclosed their patio areas with folding glass panel walls.  What we learned, very quickly, is that the smoke seeps right through those panels and instead of sitting in front of the cafe (think lovely window table) we began to ask for tables in the back.  And there is no such thing as a 10′ from the building smoke free zone, something I take for granted here in the U.S.  Workers and patrons alike stand with one foot in, one foot out while smoking. 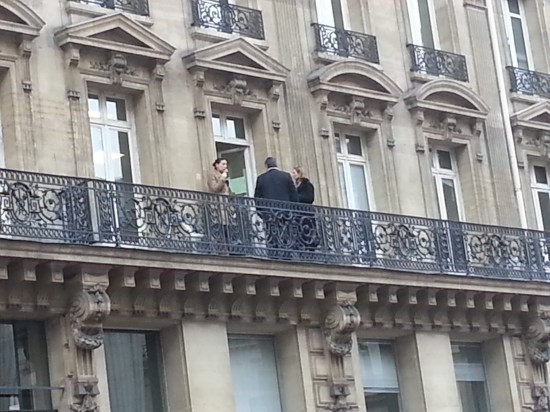 Smoking on the balcony of an office building, with the doors open so the smoke wafts in.

Even though Paris is a wonderful city in so many fabulous ways, the city does have a serious problem when it comes to smoking and second hand smoke.  I was surprised to learn though that the country with the highest rate of smoking is apparently, Indonesia.  The statistics are staggering! According to thestar.com – World:

“…Smoking-related illnesses kill at least 200,000 annually in Indonesia, which has a population of nearly 240 million. About a quarter of Indonesian boys aged 13 to 15 get hooked on cigarettes that sell for about $1 a pack or as little as a few cents per stick, according to WHO. The latest national survey, however, only assessed smoking among adults.“

That was another really sad thing about the smoking in Paris, the number of young people who were smoking and the number of mothers and fathers smoking while out with their children. 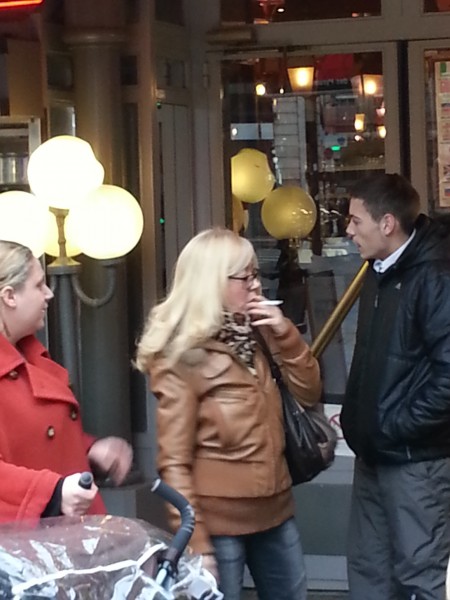 There’s a baby in the stroller and that’s grandma smoking. A minute later she had the plastic cover up and was down in the baby’s face with the cigarette in her hand.

To take it a step further, I looked up the number of cigarettes per capita, and Greece was the #1 country.  ::sigh::  Greece is way up there on my “must see” list.  And for as bad as Paris was, France didn’t even make the top 20 on the list.  And look at this map of who smokes the most I found.  Traveling to Eastern Europe is going to prove difficult.  Of course I am somewhat over generalizing, but the statistics are there.

So what’s a traveler to do?  If you’re anywhere near my age in life, you can remember a time when there was a non-smoking section on airplanes.  Really?  How stupid was that?  I’m sitting in the non-smoking section but the person in the seat in front of me is in the smoking section as if an invisible wall was between us?!  We always ask for non-smoking accommodations but sometimes that doesn’t even do it as we learned while in Paris. We had to move to a different apartment because the smoke from the apartment below us, wafted up through what seemed like every nook and cranny with an air gap.  From the apartment situation we learned that although it might prove to be a bit tricky, we’re not sure we’d ever again rent in advance of seeing the actual apartment.  Especially, since they ask for full payment in advance and then you’re stuck.

At this point I’d like to say I found the answer to my question, but I haven’t.  Smoking is a very real issue, it’s out there, everywhere.  In the U.S. we’ve come so far in smoke free public places; traveling to Paris was a rude awakening to what I can expect while traveling abroad. It will not stop me from traveling, but it will definitely impact how I (we) travel. I plan to continue researching this topic and hopefully come upon some new information, but in the meantime let me know what you think?  Does smoking bother you?  Does it impact the quality of your travels?  Do you have any new suggestions?  Please share! 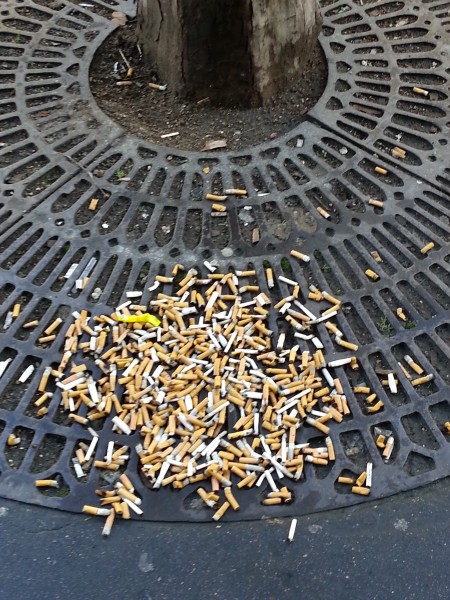 I’m at a loss for words. 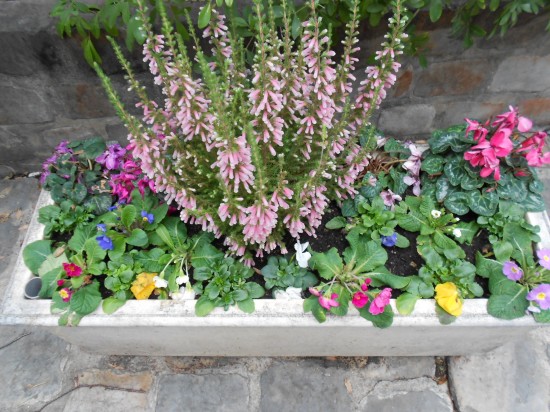 I thought I should leave you with a prettier image!

« Previous post
Bed and Breakfast, Not Your Grandma’s House ~
Next post »
Tacu Tacu: As in Peruvian Steak ~