The Paris of Eastern Europe 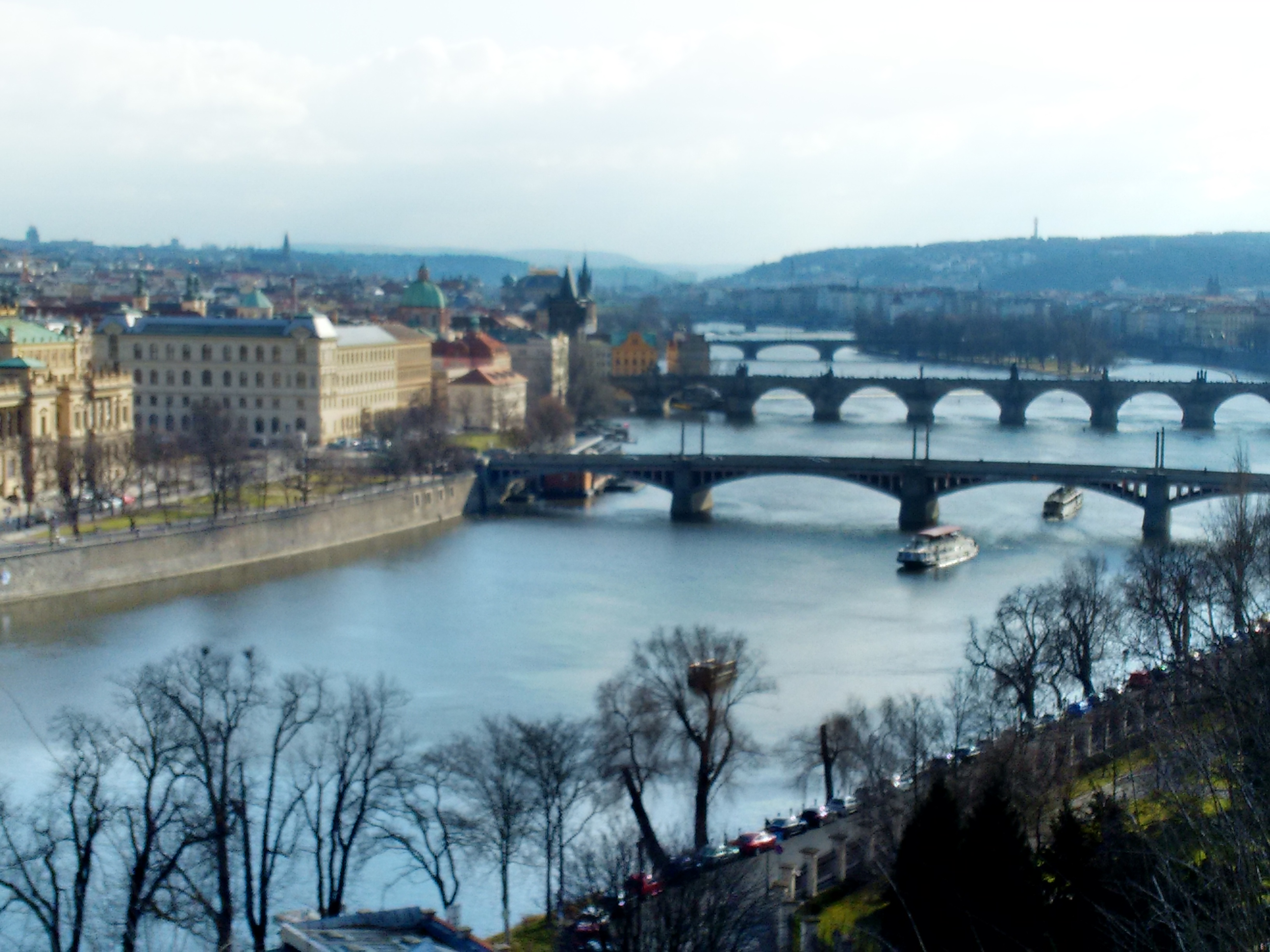 We walked several miles and climbed 150 stairs (Abi counted) yesterday, in the cold and mist, just so I could show you this view.  Okay, yes, we wanted to see it for ourselves but you get the benefit without the hike.  You’re welcome!

But let’s back up a bit.  Our flight from Washington, D.C. was scheduled to leave last Sunday at 9:45 p.m. but of course the weather turned wicked cold that night.  We actually didn’t board the plane until 10:00 p.m. and then we sat on the plane while the crews de-iced said plane. More than happy to have them take good care of us, but in the end our flight didn’t take off until 12:12 a.m. Neither one of us can successfully sleep on a plane, just a lot of mind-numbing head bobbing, but no real sleep, which of course left us exhausted.

Have you ever traveled through the Frankfurt, Germany airport?  I’m telling you it is one HUGE airport, ridiculously big but at the same time quite convenient because everything you could possibly need is there, including the Hilton Garden Inn where we spent the night, and a train station. 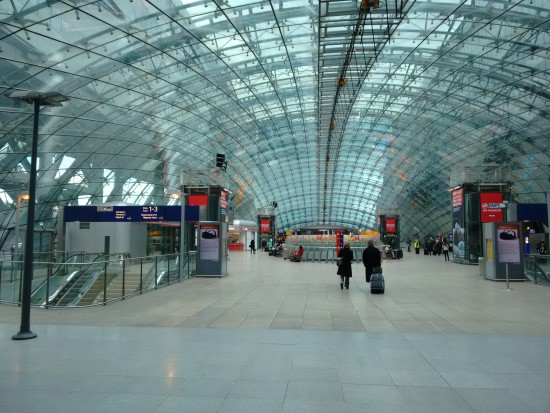 Ticket counters and waiting area for the train station at the Frankfurt airport.

Wouldn’t you know it, our train the next morning left the airport 30 minutes late which caused us to miss our connecting bus from Nuremberg to Prague, the city known as the Paris of Eastern Europe. 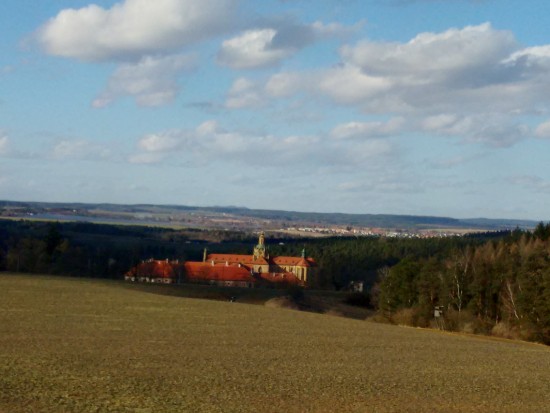 A random beautiful building in the Czech Republic countryside as seen from the bus window.

The Paris of Eastern Europe

Prague.  There are many who refer to the city as the Paris of Eastern Europe and I gotta go with it. There’s no disputing Paris is Paris, but Prague definitely has a Parisian vibe and we’re pretty much in awe of the city.  The people are super nice and welcoming, the architecture is stunning and everywhere you look you can see a steeple. And, there is a castle on the hill. What more could you ask for? 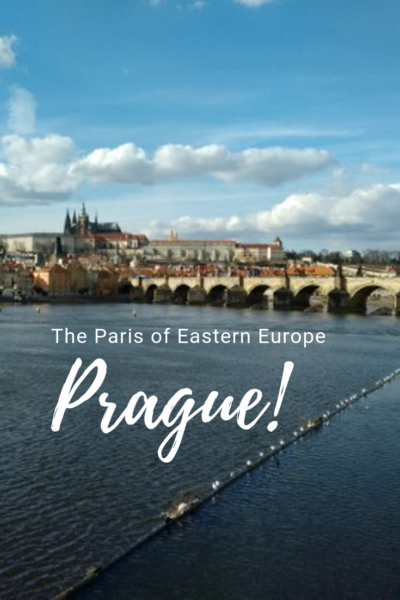 The language is a tough one but most everyone we’ve come in contact with is either fluent or speaks a bit of English. I’m not even attempting to figure out the money, that’s Abi’s job, nor am I attempting to read street signs.  I know how to find our apartment and that’s all that matters in my book. 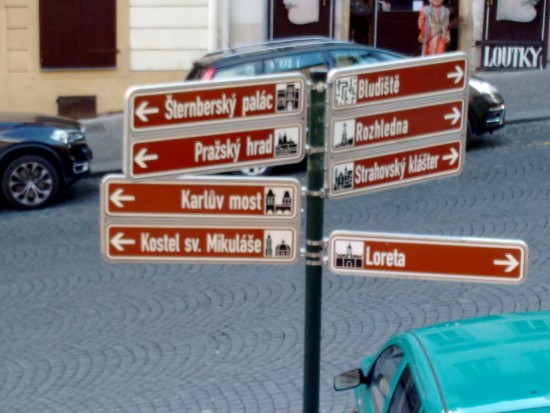 I have no idea.

Speaking of our apartment, we rented a studio which we found on VRBO and we paid about $50/night for a 7-night stay.  It’s quite comfortable and super quiet.  The building has the world’s smallest lift and the location is just a 20-minute walk to the old town square. 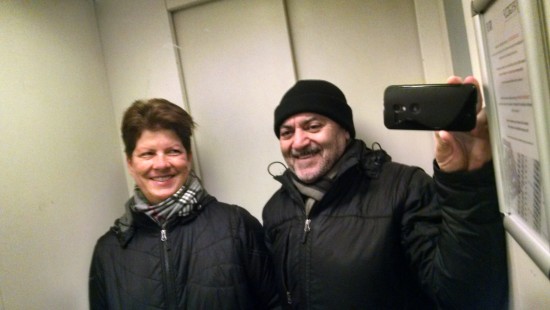 A lift barely wide enough for the two of us.

The biggest challenge for me, when traveling in Europe, is the cigarette smoke.  My lungs just cannot tolerate the smoke and I usually end up with bronchitis as we settle in and this trip is no exception.  Well, one exception, as it has taken down Abi as well.  Between 7 hours of airplane air, a serious lack of sleep and smoke-filled Europe, it’s inevitable.   UPDATE:  New smoking regulations are now in place, in Prague.

Just before we left home I told our son I would be surprised if I didn’t get sick more than once.  It pretty much sucks but what are ya gonna do?  It’s why we carry a pharmacy.  I never leave home without antibiotics and a prescription cough syrup.  Yep, it’s that bad.  ::sigh:: 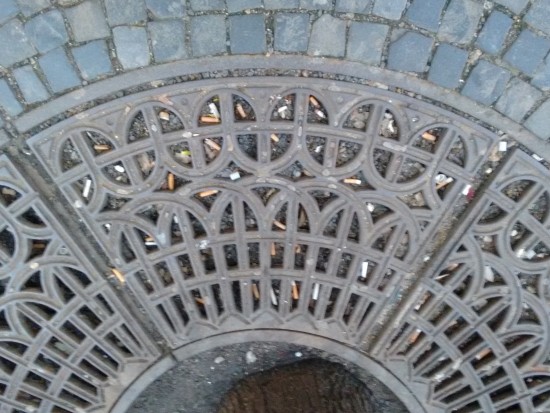 With all of that being said, we are very much enjoying Prague.  We have spent the past 2 days wandering aimlessly around the city (eating yummy street food) taking it all in and getting a feel for the lay of the land, figuring out what we actually want to do/see.  At some point we may decide to tour the castle and we are planning a day trip to Kutna Hora – to visit the village and tour the Bone Church.  We just take each day as it comes and see where we end up. 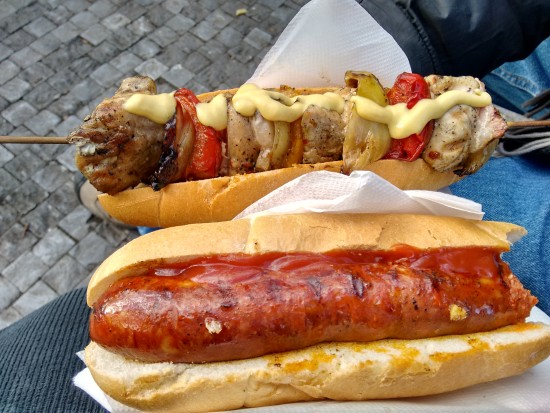 One sausage and one chicken w/ bell peppers and onions. 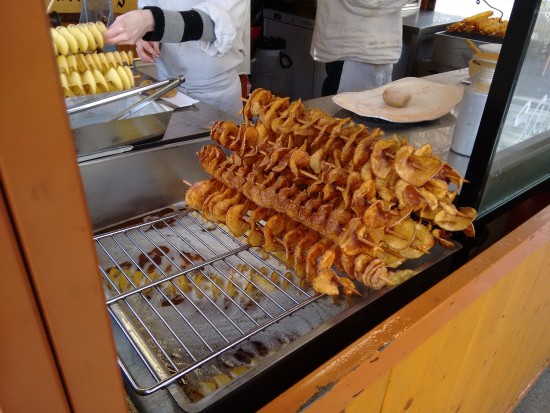 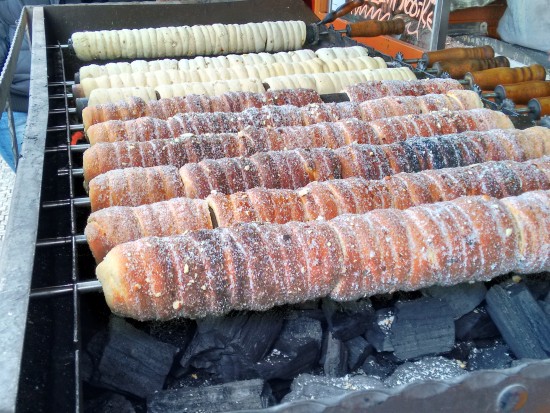 Basically, it’s a cinnamon roll wrapped around a wooden dowel and baked over a wood chip fire. They give you about 6 inches as a serving. Can you say, “Yum?!” 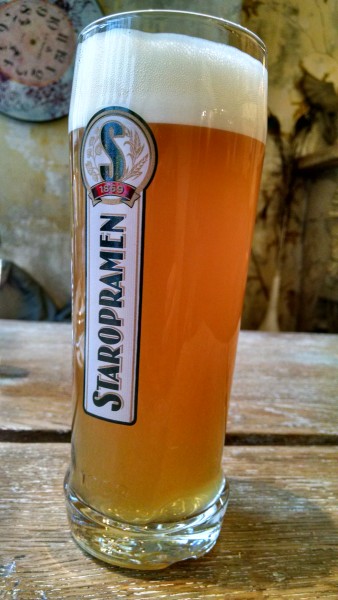 So here we are in Prague, two sick puppies, but we will carry on.  I’ll publish posts here on the blog as often as possible, but the bulk of our daily updates and photos will be on the blog’s Facebook page.  For those inquiring minds who want to know more, head on over to our Facebook page each day to get the latest.  We’re also on Instagram where you can find my somewhat feeble attempt at more artsy photos.  And, of course, don’t forget to click on that splat bubble just below and subscribe to follow!