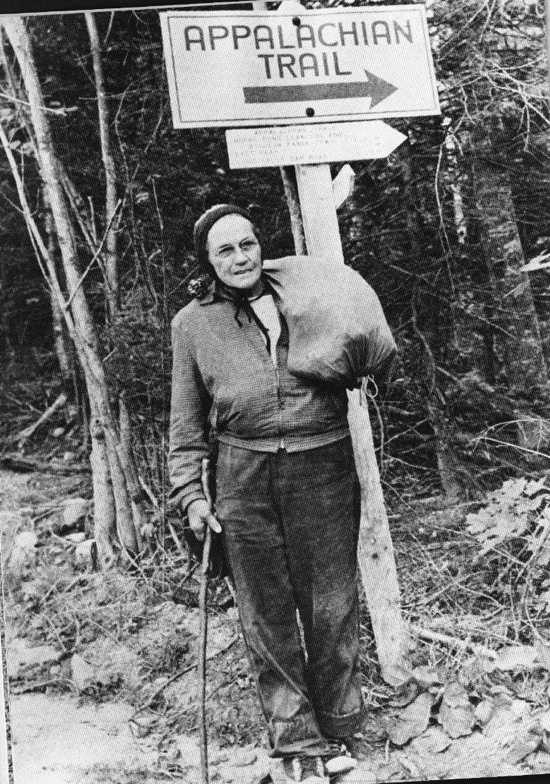 Grandma Gatewood was 67-years-old (in 1955) when she walked the entire length of the Appalachian Trail.  She threw a homemade denim bag over her shoulder and she wore a simple pair of sneakers.  She told no one where she was going, she just started walking. 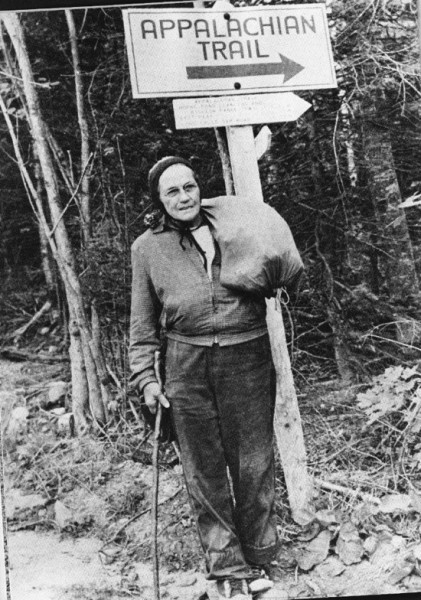 We walked the Camino de Santiago – 350 miles – while I still wore 59 years.  That’s pretty good, right?  Okay, it’s not quite as good as Grandma Gatewood walking over 2,000 miles while wearing 67 years, but it’s not bad. 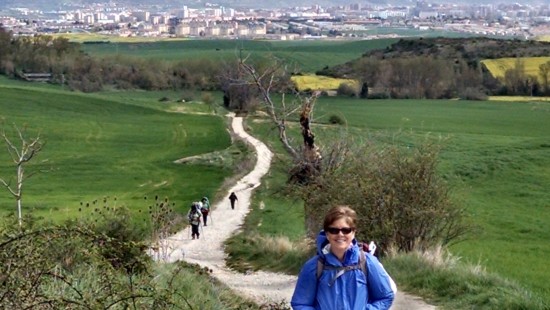 Inspired by a Woman’s Courage

I started reading, Grandma Gatewood’s Walk: The Inspiring Story of the Woman Who Saved the Appalachian Trail

, and within 10 minutes I was completely sold, totally engrossed and did not put down the book until hours (and hours) later after reading it from front to back.  Yes.  It was that good.  The story of Grandma Gatewood’s life unfolds as a secondary story to her trek along the Appalachian Trail and what a powerful story.  I will not reveal details but I can tell you I can’t remember the last time I was so inspired by a woman’s courage and the sheer strength of her endurance.

While walking the Camino de Santiago, we enjoyed the comforts of a hot shower and a reasonably comfortable bed every night.  I knew it was the only way I’d survive the walk because I am not a sleep under the stars kind of 60-year-old woman.  Never have been, never will be.  But I gotta tell ya, if you are such a soul who can sleep just about anywhere, I’m pretty sure Grandma Gatewood’s tale of adventure of hiking the AT will inspire you to take it on, if only in part.

When she wasn’t sleeping in a woodsy lean-to alongside the trail, or under/on top of a picnic table, she’d simply look to the kindness of strangers to take her in whenever she passed through a town.  It was 1955.  Could we do the same in 2016?  Ask a stranger if they have a bed to spare?  Or a meal?  I think it’s now known as Airbnb.

Walking the Camino de Santiago was by far the most physically demanding thing I have ever done – and that includes giving birth.  Giving birth only lasted 13 hours.  Granted, it was a long 13 hours, but walking the Camino lasted 35 days!  And, then there’s Grandma Gatewood who walked/hiked for 5 months!  I mean come on, that is damn impressive!

So while I have no idea of what it means to be 60-years-old, or to be retired, or what will come next, I think I’m doing pretty well.  I’m healthy.  I’m happy.  And, I’ve grown accustomed to my gray hair.  Walking the Camino gave me the strength to let the gray shine through.

What I do know is that I was completely inspired by Grandma Gatewood and I’m 99.9% certain you will be as well.

« Previous post
Asheville, The Biltmore House & A Nor’ Easter
Next post »
Their First Dose of Travel in the US