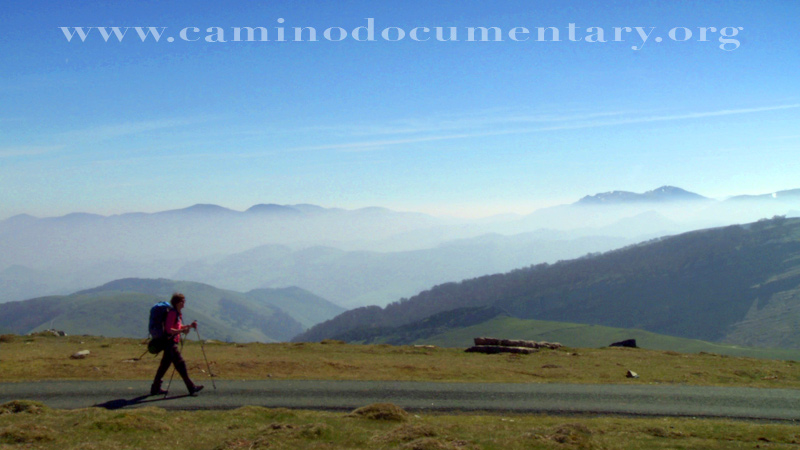 The Camino Documentary.  We rarely go to the movies.  Aside from the whole theater experience, which I admit can be fun (but it can also be annoying when the person behind you talks through the movie) I pretty much like watching movies at home.  Think about it – $17 admission versus $1.20 at Redbox?! In your home theater you can pause the movie when you have to “ahem” leave the room and you don’t miss the most dramatic/emotional/important part of the movie.

Throw in another $15 for your snack of choice and well, it’s kind of a no-brainer, yes? But, when we happened upon a flyer for a Camino Documentary that was playing at our local theater, for 1 week only, it was  time to hit the theater because this one, just had to be seen.

I’ve been reading more and more about the pilgrimage of Walking the Camino de Santiago in Spain, and I find myself fascinated with the whole idea.  I know pilgrimages are nothing new and the Camino has been in existence for… well, forever practically, dating back to medieval times, but it seems as if it’s being rediscovered, for lack of a better word.  Or maybe because it’s no longer seen as just a Christian pilgrimage, it’s a pilgrimage of whatever you want it to be – what you take away from it.  It’s yours, you own it.  In 2010, 270,000 people attempted the trek.*  I’d say that’s a real resurgence of interest!

I can’t imagine walking 500 miles to anywhere, yet I am inspired to do just that; so walking the Camino de Santiago is officially on my Before I Die list, I believe that makes #4.  I think Abi and I are destined to make the walk, (at least part of it) as we’ve been practicing for years.  Most weeks we average  15 – 20 miles of out and about walking, it’s how we clear our heads each day.  Granted, we’d have to walk 10 – 15 miles per day to complete the journey in six weeks, but hey, there’s no hurry, right?!  One of the pilgrims in the film stated, “I will walk this day the best I can.” 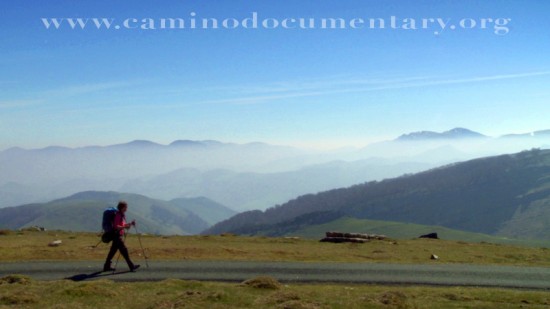 “Someone told me if I walked I’d find the answer, but I realized I didn’t know the question.”

The documentary, Walking the Camino – Six Ways to Santiago was directed and produced by Lydia B. Smith who walked the Camino in the fall of 2008.  She returned to Spain in 2009 to begin production of the film, which follows six pilgrims who share their stories, using their words.

The devout young mother who walked with her 3-year-old son and pushed his stroller 500 miles; the 70+ year-old-gentleman and his friend who walked the journey to pay homage to his wife who passed away 4 years earlier; the young woman who lost her job and was floundering in her life; and the others, each with their own story of why they walked the journey, translate the message of self-awareness.  When asked why he was making the walk with his mother, 3-year-old Cyrian replied, in French (English subtitles), “Because I don’t have a choice.”  Ah… out of the mouths of babes. 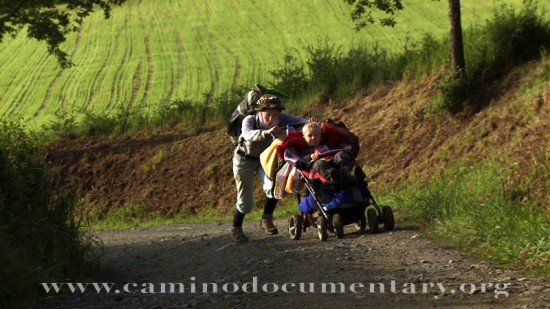 Tatiana and her son Cyrian, she pushed his stroller 500 miles.

In the darkness of the theater, I scribbled down a few of the most profound statements that had me right there on the Camino with the pilgrims:

“I walk to create some kind of motion.”

“The mask comes off and you reveal yourself.”

“The baggage you carry is your fears.”

I found the film inspirational in that it captured the inner strength of each of the featured pilgrims.  It brought tears to my eyes when the gentleman reflected on his wife’s passing and when the young woman who was floundering in life, realized her inner beauty.  It took her 30 days of no make-up or hair color, and more importantly 30 days off of anti-depressant meds, to realize she was alive again.

I found myself thinking, if they can do it, so can I.  For heaven’s sake if a 3-year-old can do it, so can I!  I would love to take on the challenge of turning off the cell phones and disconnecting from the world of technology, and obligations, to just be together… walking – and reconnecting with our lives.

* statistic taken from the film.

Update:  We walked the Camino Francis in 2015 and a portion of the Camino Portuguese in 2018. 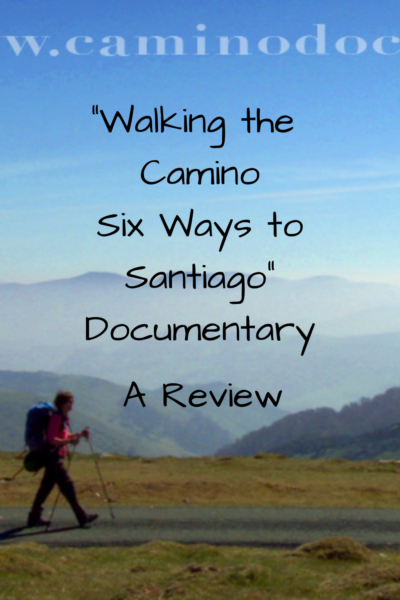