I’m not exactly sure when I became fascinated with the life of Laura Ingalls Wilder, but I’ve had a relationship (in my head) with her for as long as I can remember.

Sitting on the shelf in my living room, there is a collection of 30+ books either written by Laura or written about her. When I realized our planned Route 66 was going to take us just 60 miles from the Laura Ingalls Wilder historic home and museum in Mansfield, MO – well, it was a no-brainer.

Before meeting with our docent, we bought our tickets to tour the home and watched a brief introductory video.  It’s an awesome feeling when you are standing in the moment of a long-time wish and I wanted to soak up every moment.  As I stepped through the kitchen door I stepped back in time, for about 2 minutes, and then it hit me – the whines and fussing of a naughty rugrat in a stroller.

Oh no, no, no, I didn’t drive this far, to meet Laura, to have to listen to this little squirt for the next hour, no way.  First, I whispered to Abi that I waited most of my adult life to be there and I was so not going to put up with this, and then I whispered to the docent that we were going back to the museum and would take a different tour.  I explained to the woman behind the desk why we wanted to be on another tour and she was very nice about it, even apologized saying it was something they dealt with every day. 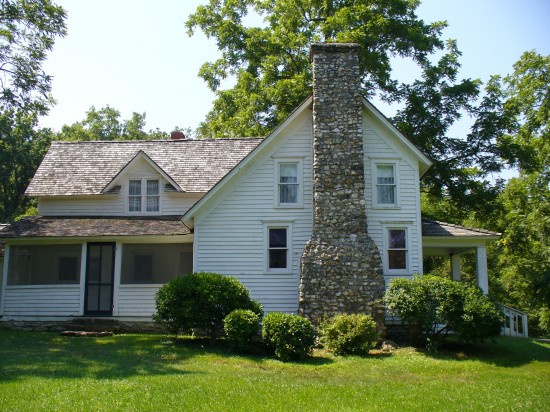 The house that Laura and Almanzo built

The House that Laura & Almanzo Built

Anyway, we took the next tour and it was great.  I felt lucky that I got to see the first two rooms twice.  Unfortunately, the upstairs is closed to tours.  The house was in pristine condition and just as it was when Laura passed away, (1957) with her notes and stationary on the dining room table.  The rock fireplace, the little library, Laura’s writing desk, the furniture made by Almanzo, it was all there.  I could have spent 1/2 the day taking in every detail but of course they keep you moving. 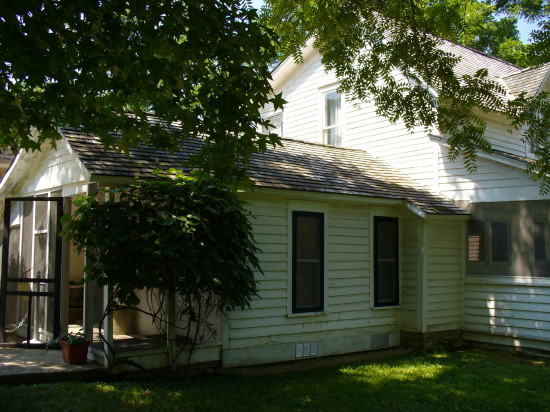 What is now the kitchen and dining room was the start of the home.

After the tour we went back and browsed the museum and it was amazing to see all of the things I have read about for years.  Some of the pieces were in such good condition, such as Pa’s fiddle, which was well over 100 years old. Laura’s lap desk built by Almanzo that traveled with them to Missouri, in which the $100 bill that was used to purchase their farm had become wedged between two pieces of wood and out of sight.  It was all there.  I’m always in such awe when a family preserves their history. 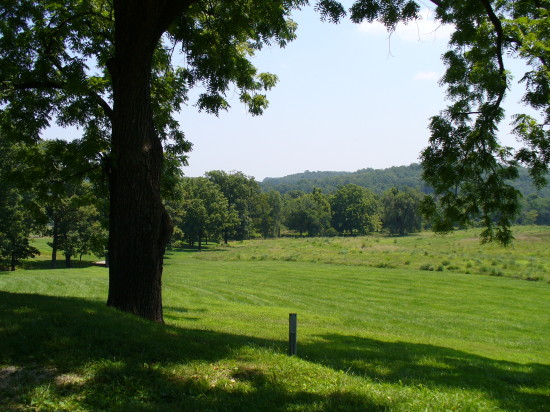 About a mile from the main house sits the little modern rock house that Laura’s daughter, Rose Wilder Lane, built for her parents. 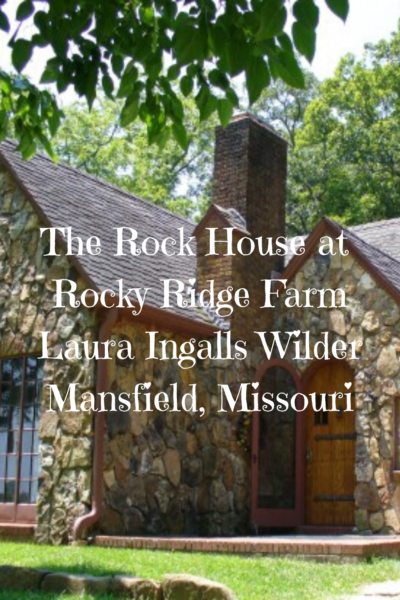 Taken from a plaque on the property

“In 1928, after living abroad for several years, Rose Wilder Lane returned to her childhood home on Rocky Ridge Farm.  With proceeds from her writing Rose built her parents a modern house.  The keys were presented to Laura and Almanzo at Christmas, and Rose continued to live in the white farmhouse.  By 1936 Rose had left Missouri for New York City.  Her parents then returned to their original home.  This part of the farm was sold.  In 1990, the Wilder Association purchased the property.  After restoration, the house was dedicated in 1997.”

*Note:  Did you know that Rose Wilder Lane was actually highly regarded in the world of journalism? Rose was actually getting ready to leave for Vietnam to cover the war when she passed away.

One of the best books I’ve read about Laura’s life was Becoming Laura Ingalls Wilder: The Woman Behind the Legend by John E. Miller.  I think it presents a good factual view of her life.  Laura was well into her 60’s when she started writing The Little House series of books and Rose was instrumental in editing the books and working with Laura to get them published. There are differing opinions about what role Rose actually took in bringing the books to life, and about the sometimes strained relationship between Laura and her daughter – both strong women in their own right – and I think the author presents a fair and objective perspective.

Update (2020):  Prairie Fires: The American Dreams of Laura Ingalls Wilder is an outstanding biography and a recipient of the Pulizer Prize in 2018.  I highly recommend the book.

What fascinates me most about Laura is that she lived in such a time of change in this country.  She walked in two centuries, from the 1860’s to the 1950’s.  Think of the modernization of the world she witnessed and wrote about.  From traveling in a covered wagon, to driving a car, to flying in an airplane. 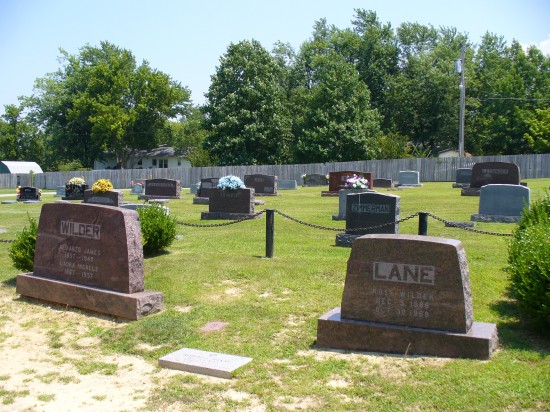 Laura and Almanzo are on the left and their daughter, Rose, is on the right.

There was a television series based on the life of Laura as a girl. However, pretty much after the first season the story lines were all Hollywood hype.  Most of what was on the show never happened.  There is a much better made for TV movie produced by Disney that presents a more factual story line.

So that about wraps up our side trip to Mansfield, MO – a quaint little town in the Ozarks – and the home of one of my top 5 favorite people I’d invite to dinner.  To walk where Laura Ingalls Wilder walked, was huge for me.  And, once back on Route 66 we made another side trip and visited the Ingalls Homestead in Independence, Kansas, which was another walk through history.  It was still well-worth visiting although there isn’t as much to see on the homestead. 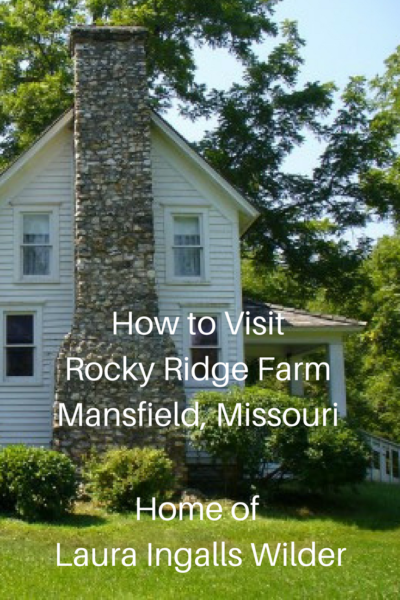