Chicago is the starting point of any road tripper’s Route 66 adventure.  I think half of the fun of an epic road trip is the getting ready part.  Doing the research, the packing, the buying of audio books (which by the way don’t buy because you won’t have time to listen to them), mapping out the journey, etc.  It’s a fun and informative way to gear up for the journey

What I learned from my research was that we really needed a good in-depth but easy to read guidebook for the route. After some deliberation I chose what seemed to be the guidebook of choice of many:  EZ66 Guide for Travelers by Jerry McClanahan. 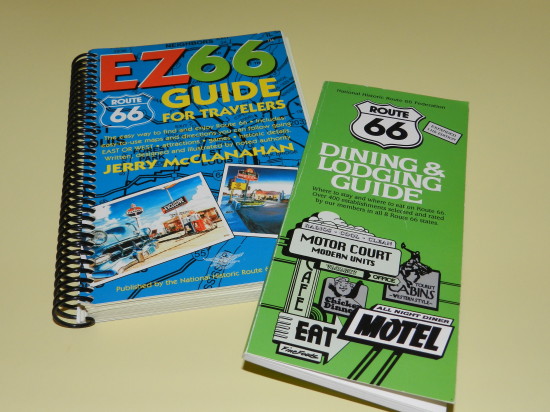 Our best friend while driving the route! 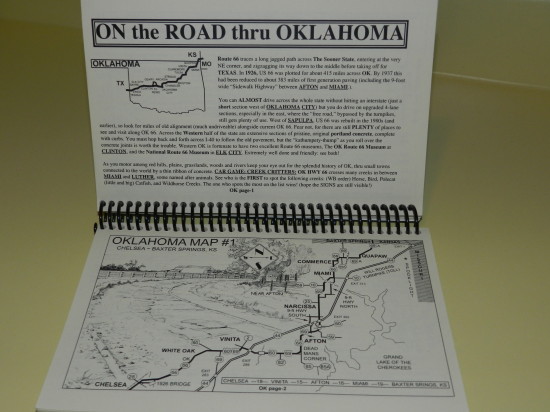 EZ 66 – spiral bound pages with directions and maps. This book proved to be invaluable.

No Time for Audio Books

I actually did buy four audio books and ended up returning all four of them once we were home again.  We learned right away that when we were driving the actual route, whichever one of us was the passenger was in charge of the map and directions.  Update:  Today’s GPS apps would make everything easier.  I say that but truthfully, having to find our way by the maps and books made it all that much more of an adventure.  Trying to listen to an audio book at the same time just doesn’t work because your focus is on the EZ guide.  It might work for some, but it didn’t for us.

We flew to Chicago on Sunday morning (July 13, 2008) and for $4 we were able to take a train from O’Hare airport to downtown Chicago, which was about a 45-minute ride.  Abi had previously visited Chicago on a business trip but this was my first visit and even though I was anxious to get on the road, I was looking forward to our planned three days in Chicago.

Once downtown we walked several blocks (with bags in tow) from the subway station to our hotel, which was a bit tricky since we didn’t really know where we were going (before we had a phone with GPS).  We had just enough time to relax for a little while before making our 4:00 dinner reservation at Table 52.  The restaurant is owned by Oprah’s former personal chef, Art Smith, and the meal and service were wonderful!  Oh, and by the way, we don’t normally eat dinner at 4:00 but that is what time they opened and with flying from CA that morning we knew we’d be ready to eat! 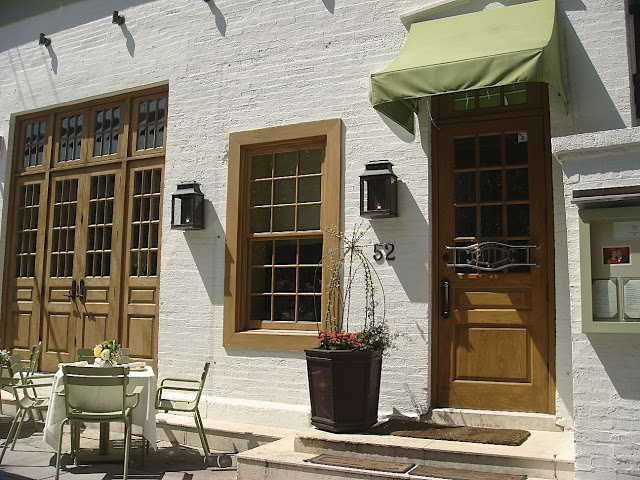 We shared an appetizer of fried green tomatoes, yellow melon Gazchapo soup and while Abi enjoyed a fish entree I had fried chicken and mashed potatoes, which is only served on Sundays, which of course explains why we went to dinner there on our first night in Chicago!

Then to be complete pigs we shared a piece of Hummingbird cake.  It was expensive, but well-worth every penny because the food was delicious and the service was beyond attentive and it was one of those “what the hell” evenings.  I mean, how often do you have a chance to dine at a restaurant owned by the former personal chef of a gazillionaire?!  Ya figure it had to be good, right?!

After dinner we decided we needed to walk back to the hotel.  We walked through a beautiful residential neighborhood and came out at the Magnificent Mile and I’m pretty sure every store imaginable was/is on the mile.  We window shopped our way back to our hotel and called  it a day.  I think we were asleep before our heads hit the pillow. 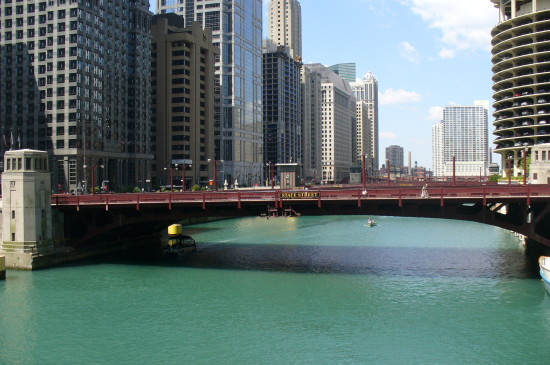 The next morning dawned with clear blue skies.  I don’t know just how many miles we walked that day, but suffice it to say it was a lot!  With no particular destination in mind we walked through Millennium Park and Grant’s Park and then we walked down along the water’s edge to the Navy Pier. 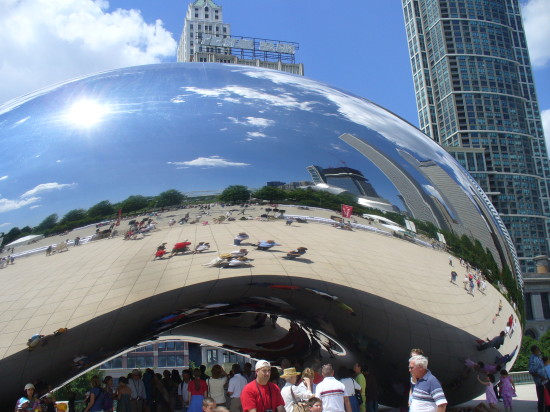 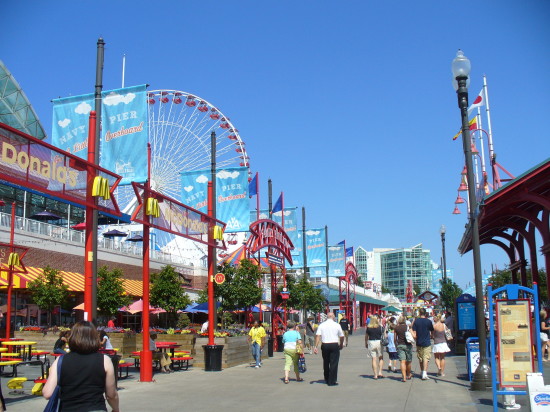 To give our walking feet a rest, next up was a 1-hour boat cruise on the Chicago River and there was a docent on board who explained the different styles of architecture of the buildings.  It would seem in Chicago if someone wants to build a building and there are streets in the way, no problem, just build over the street!  The same thing goes for the train station.  All of the trains (such as Amtrak) run in and out of Chicago under buildings!  We could see the trains from the boat. 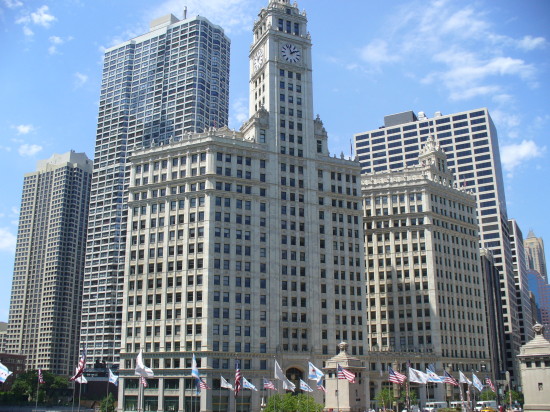 The old and the new styles of architecture 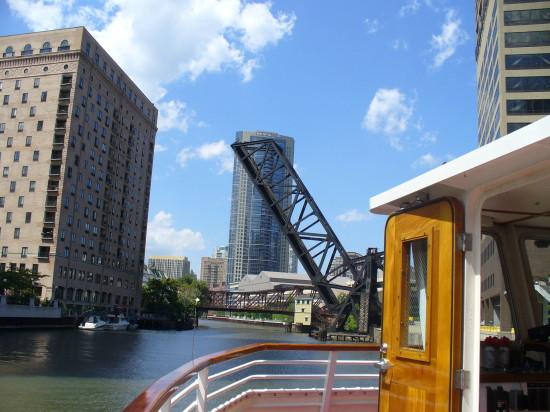 These bridges are just too cool – kind of scary – but really cool!

I Decided to Resist

Chicago is an amazing city!  There is so much going on at any given moment in time. There is so much diversity, so much culture, so many people.  Our full day of wandering the city was the best – and we had a great day.  At dinner, I looked across the street and saw The Hershey Store.  Although I was super tempted by the huge cupcakes which were available for “self-frosting” I decided to resist.  I’m looking forward to tomorrow and another full day of exploring this amazing city.  Then it’s time to hit the road.  Route 66 – Here we come! 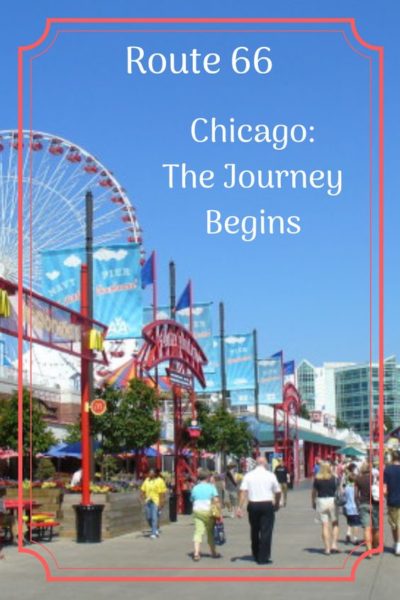 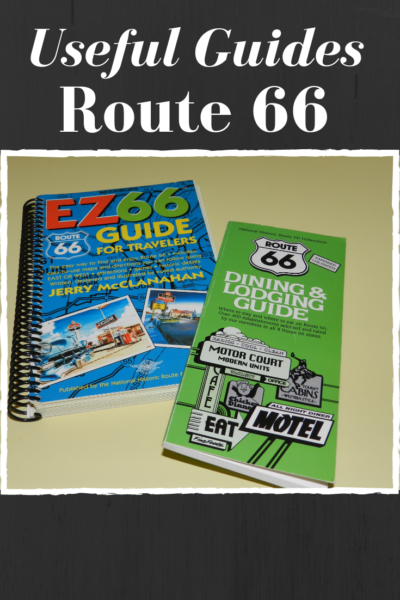