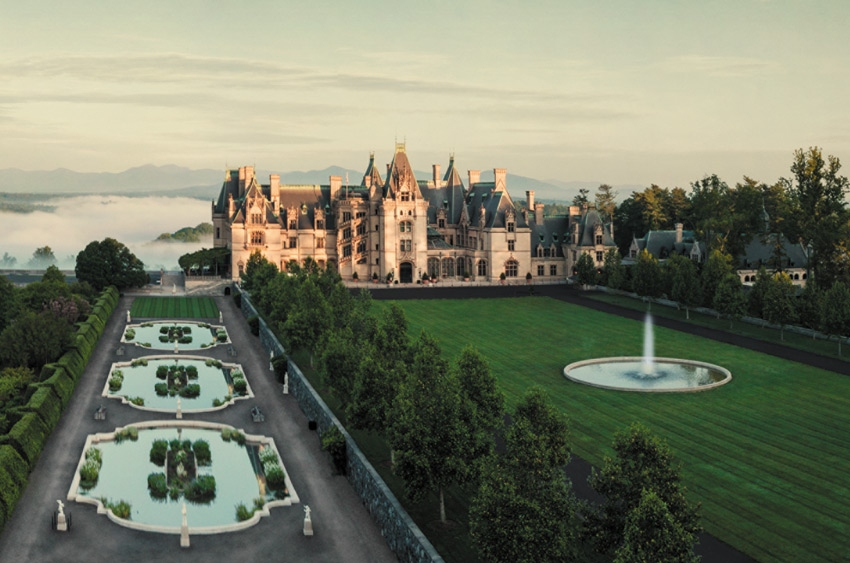 As I write this post we are in Myrtle Beach, South Carolina.  Myrtle Beach, not Asheville, North Carolina which is where we’re supposed to be, where it’s about 36 degrees and where the rain has been falling in torrential buckets for the better part of the day.  We spent over two hours this morning in a nearby coffee house nursing cups of hot steamy goodness while watching the downpour.  Now back in our hotel room, we are basically here in Myrtle Beach to wait out the storm.

With the forecast of a Nor’ Easter looming on the horizon, we packed the car and headed south straight to Asheville, North Carolina.  And, although we started our southern loop road trip with a planned 4-day stay in Asheville, we lasted just 2 days.  Asheville, was seemingly right in the path of that Nor’ Easter.  With a 24-hour break in the storm we got out of Asheville while the gettin was good and drove as far east as we could.  And here we are, at the beach. 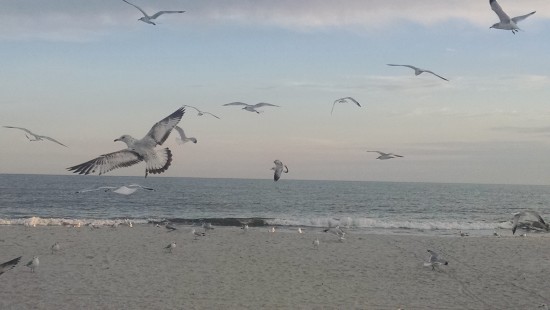 The calm before the storm – literally

It’s always a tricky thing traveling off season, i.e. the dead of winter.  Abi speculated that perhaps this will be the last time we travel in the winter, but I reminded him it was his idea to spend 3 weeks in Paris in 2013 – in January – and what a fabulous time we had.  One of the upsides of off-season travel is rarely having to deal with crowds.  While in Paris we walked right in to The Palace of Versailles, and we did the same in Asheville, we walked right in to The Biltmore House. 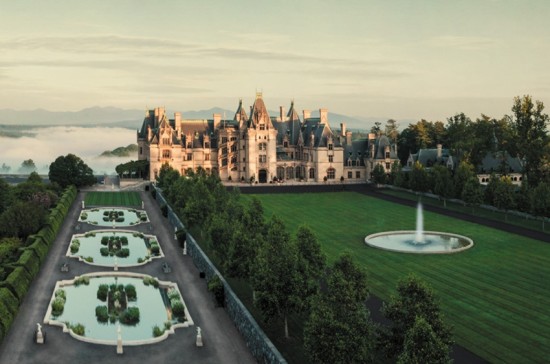 If you’re like me, you know the name Vanderbilt but not much more.  Most likely, you know the name because of the designer, Gloria Vanderbilt, and her son, Anderson Cooper.  And maybe you’ve heard the name associated with Vanderbilt University and/or The Biltmore Estate.  Or, if you’re a history geek like me, you may know a little of the family history but not enough to hold up your end of the conversation at an academic cocktail party.

One of the greatest gifts of travel is the opportunity to walk in the path of those who came before us.  If we don’t learn from history, we can’t move forward.  It’s that simple.  At least in my mind.  And, it’s one of my most favorite aspects of travel.  Walking in the path of George Washington Vanderbilt and his wife, Edith, was impressive to say the least.  They were – in their day – the essence of American royalty in the 19th century gilded age. 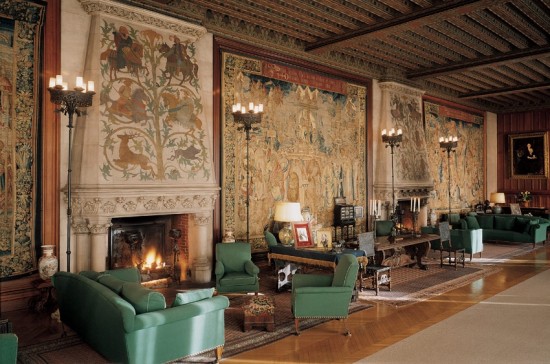 The Biltmore Estate hosted our tour of the grand home and it was as if we took a walk through time.  The house tour is 90-minutes at a minimum and a stroll through the gardens, at a nice leisurely pace, or a good long hike along the many trails could last as long as you’d like.  Of course, if like us, you’re visiting in the path of a Nor’ Easter, strolling in the garden is not really high on the list.  Although, a peaceful snowfall was certainly pretty to witness.

It’s a bit of a bummer, but the Biltmore House does not allow photography inside the house, but at the same time it was not a bad thing because it allowed us to just absorb the grandeur of the house without worrying about someone walking in to our shot or getting just the right light and angle. 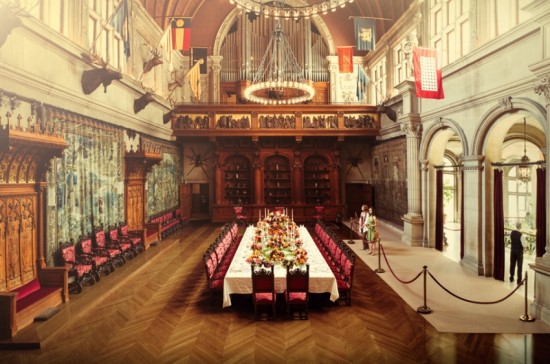 I’m someone who usually wants to see what’s behind the scenes on a tour.  When we visited Versailles, I really (really) wanted to tour the kitchens, the nurseries, the servants’ quarters, etc., but of course those were not on the tour route.  So, while Versailles was all kinds of fabulous, I left wanting just a bit more.  I thought I would feel the same about touring The Biltmore House, but happily, the 90-minute audio guided tour totally satisfied me. 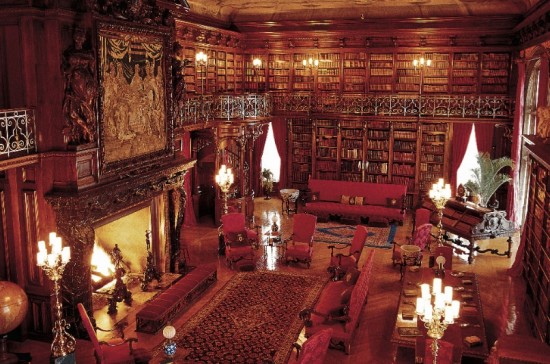 While touring the main floor with its massive banquet hall and sitting areas, it’s not hard to imagine the welcoming grandeur guests of George and Edith must have experienced.  Exploring the 2nd and 3rd floors, visitors tour several of the guest bedrooms, the bathrooms, the music room and the family’s private sitting room which connected George and Edith’s bedrooms.

Then it’s down to the basement where I swear a small city of servants must have lived and worked.  It was fascinating to tour the kitchens and the pantries.  Just outside of the kitchen and down the hallway there is a cluster of servants’ quarters and in the other direction, a gym and an indoor swimming pool.  Oh, and a 2-lane bowling alley. They had it all!  These are the rooms I’m always keenly interested to view and the tour did not disappoint. 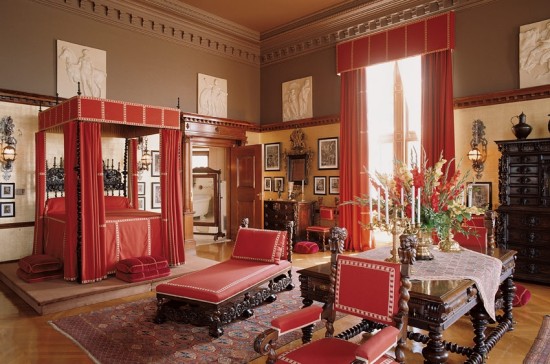 What’s especially fascinating about The Biltmore House is that it has remained in the Vanderbilt family throughout its 100+ years.  Most of the furnishings and objects of art are original to the home.  George’s library holds 10,000 volumes and the tapestries throughout are incredible. There is nothing left to the imagination because it’s all there.

What was once a grand home, is now a grand museum offering visitors a walk through time. 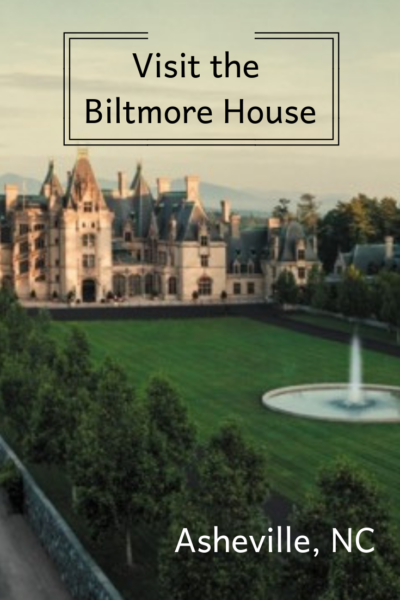