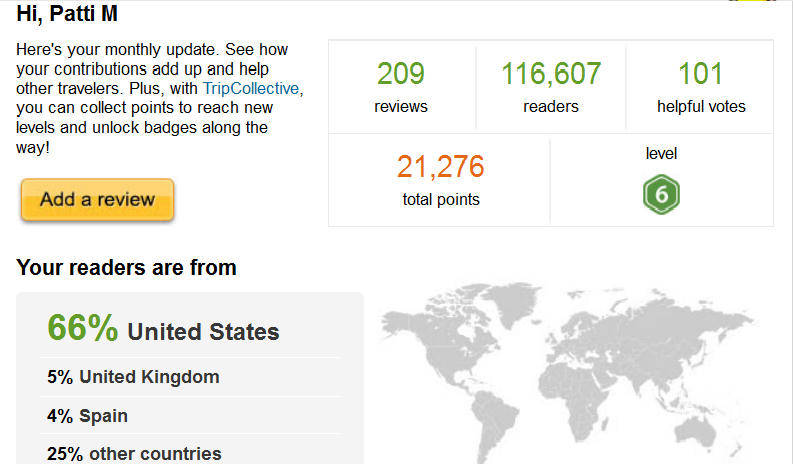 I caught the gist of the phrase based on what I was hearing on the news, but I have to admit I still went to everyone’s back-up source and Googled the term.

Here’s the definition of a non-disparagement clause:

“A provision in a contract requiring one or more parties to the agreement not to make negative statements about the other(s). A non-disparagement clause is often included in a settlement agreement that resolves a dispute.”  Nolo.com

Seems straightforward enough.  Got a beef with us, keep it to yourself.  However, what’s making the news is that companies are striking back when someone posts a negative review, say on the company’s website, Google, Yelp or TripAdvisor.  It goes a little something like this… You didn’t like our delivery service so you wrote a negative review bashing us and now we’re going to sue you because you didn’t adhere to the non-disparagement clause.  Yikes!  Talk about opening Pandora’s Box!

I’m a big fan of TripAdvisor.  I know there is a lot of negative talk out there about TripAdvisor but it’s our go to source when traveling, or even when we’re looking for a local business. When we owned our Bed and Breakfast, we booked a lot of guests based on our reviews on TripAdvisor. We had a business account with the company so I had a live representative I could talk to.  In nearly 4 years we were only approached once – from a shady source – to post reviews for bucks.  I reported the company to TripAdvisor and the site was taken down.  But I’m guessing they just popped up under another name.  From our experience, TripAdvisor is working to keep it real.  And what I especially appreciate about TripAdvisor is that they post reviews as they come in with no preferential postings.  The good, the bad, the ugly, one after another.  It’s a fair system.

Not a Fan of Yelp

Yelp, on the other hand, not so much.  I hate Yelp’s algorithm.  Years ago while working in my former career I had a rare opportunity to talk with a live person at Yelp.  Here’s how it works. If I’m a top reviewer and I’m constantly posting reviews on Yelp, my reviews will stay in the forefront.  If you come along and post one random review, you’ll get lost at the end of the line.  Plus, Yelp, will hide reviews they do not recommend.  It’s a bit tricky, you have to find the link to open “not recommended reviews.”  Personally, I think the reader should be the one to decide if the reviews are worth reading. Anyway…  Not a fan of Yelp.

When we’re reading reviews, our system is to add together the number of average, poor and terrible reviews, if it totals more than the combined total of very good and excellent reviews, we move on.  We have found a multitude of great places based on TripAdvisor reviews, but the key point to remember is that it’s impossible to please everyone, so it’s usually a good idea to toss the outlier reviews.

So, here’s what I’m thinking.  How is the non-disparagement clause going to come in to play when it comes to hospitality and travel industries? Think about it. Hotels, B&B’s, restaurants, tour companies, tourist attractions, etc., etc.,  What?  Every time a business gets a bad review they’re going to sue?!  Are hotels going to have a disparagement clause in the fine print of their registration form?  Actually, now that I think about it, is it there already? Um… yes:

I’ve posted 209 reviews on TripAdvisor under our One Road at a Time logo.  With our background in hospitality, I think we have a pretty good perspective on which to base our reviews.  And, I try to write them as informative and detailed as possible. Out of those 209, I think I’ve only posted 2 terrible reviews and believe me, they were well-earned.  So far, I haven’t been sued.  But there is one guest house owner in Spain that was not at all happy with the “average” review I posted. 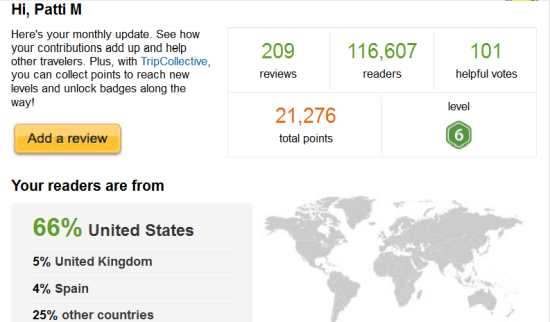 The Right to Sue

Think about all of the potential reviews written in daily life for dentists, doctors, contractors, retail, banking and of course the travel and hospitality industries.  Once Pandora’s Box is open, where would it end? And how would companies such as Yelp and TripAdvisor, a multi-billion dollar company, deal with such a fall out?  Their very existence is based on reviews.

Does a company have the right to sue the negative reviewer?  I think that will be determined by the courts, but in the mean time does it all boil down to what our mothers taught us?  If you can’t say something nice, don’t say anything at all.