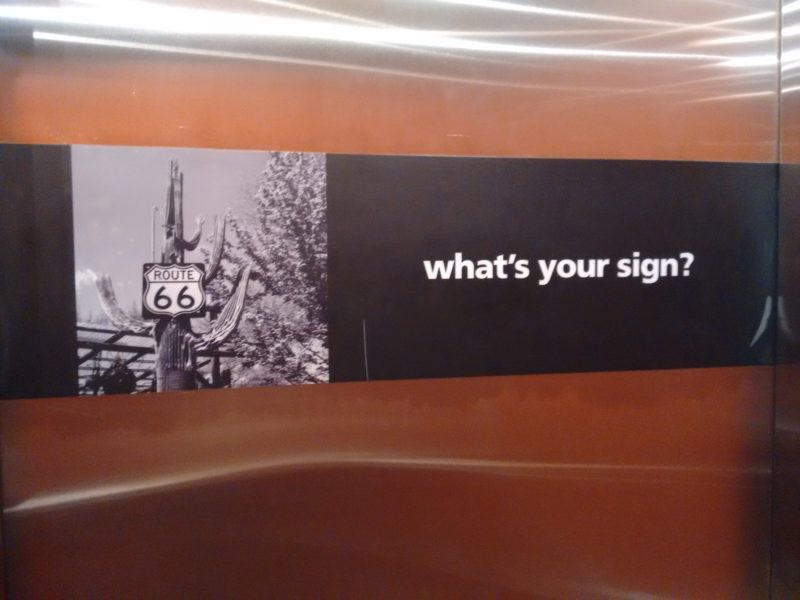 Never let it be said that there is not a lot to shout about when it comes to points programs.  Abi and I have been working the points programs for years (and years).  And I talk about Hilton so much that maybe one day the company’s powers-to-be will pay me to stay with them!  Ha!

Did you know that Hampton Inn has a 100% guarantee that you’re either completely pleased with your stay, or they guarantee your money back?  Now, this is not to say you should walk up to the front desk and declare, “I don’t like your shampoo, I want my money back.”  Really, that’s quite the stretch don’t you think? Abi and I have asked for a refund on maybe 3 stays – out of way too many stays to count – but they were justified and our money was refunded. 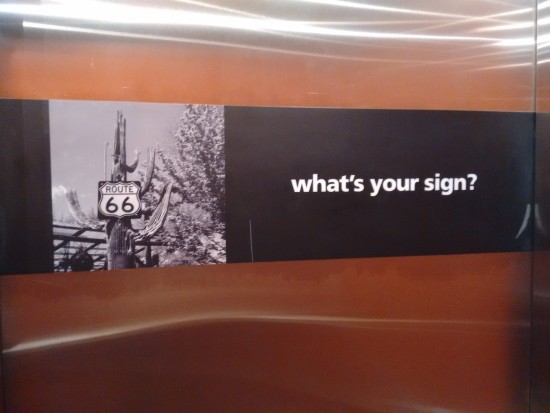 Hampton Inn elevator art.  I have quite the collection of photos from inside elevators.

One of Our Refunded Nights

I remember 1 of those rare nights several years ago in Idaho. We were checked in to a room that obviously had not been occupied in months.  It was a nice large room but it reeked of dust and the chair leg was broken, which I had the misfortune of discovering the hard way.  We asked to change rooms, which was accommodated.

Getting ready for bed I happened to look up at the ceiling, above the bedside table lamp, to discover a nest of gnats on the ceiling – you know, where the ring of light shadow was – and discovered it was the case on both sides of the bed. We called the front desk and they sent someone to sweep them away.  But you know, sweeping away a nest of gnats over the bed kinda makes one not want to crawl between the sheets, but when you’re tired and it’s super late… The next morning Abi quietly had a conversation with the manager and after she recovered from embarrassment, she apologized profusely and refunded our stay.

Using points programs is a super way to subsidize travel, especially if you’re on a fixed retirement income. Our American Express card is affiliated with Hilton Hotels and we charge as much as we possibly can on our Amex card in order to earn points.

We also have a VISA card that is affiliated with United Airlines.  Not every company accepts Amex, so in those cases we use our VISA card.  We stay in hotels far more often than we fly, so hotel points are our priority. And, just recently, I received an offer to sign up with Amex/Hilton (just in my name).  After charging $750 on my new card, I earned 60,000 Hilton points.  Yay!

On a road trip to the deep south, our points were a huge help. The rate for a room at Hampton Inn, using just points, can average between 20,000 – 30,000 points per night, depending on room and location of the property. Abi is a super sleuth at finding the best deals. Deals such as $40 plus 8,000 points per night, which is what he found in north Charleston. 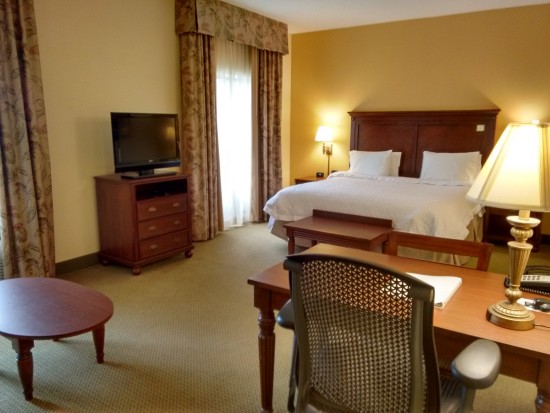 Our room in north Charleston

Usually, we book a room with 2 double beds because they can be less expensive.  When we check in we ask for an upgrade and if available we’ll be upgraded to a king bed and many times we’ve been upgraded to a larger end room or a suite.  In full disclosure I should mention that we’ve been with Hilton for so many years we have reached Diamond status and there can be better upgrades offered to Diamond status members.  But that doesn’t mean you shouldn’t ask.  Always ask.  What’s the worst that can happen?  We’ve been told no many times.  Who cares? 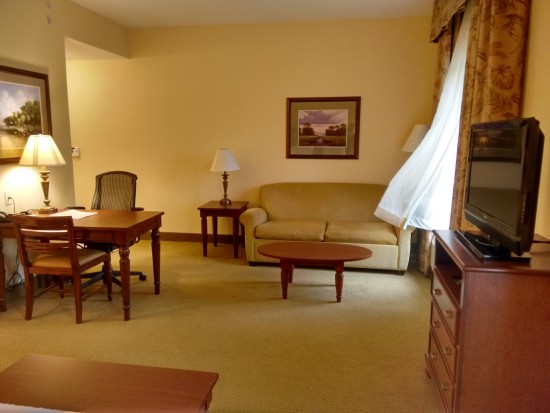 Staying Just Outside of the City Core

What we’ve also learned in the past few years is to stay just outside of the city limits.  Yes, it’s super fun and convenient to stay right in the heart of the city core, but it’s also usually super expensive to do so. We set our boundary at 15 miles from where we want to be and the saving is considerable.

It’s what we did in Charleston for 4 nights and it’s what we did in Savannah for 3 nights.  In Savannah, we checked in to a beautiful Embassy Suites – our other favorite Hilton brand – but it tends to be more pricey.  Granted, it was in January and off season and we were about 13 miles from the historic city core, but we paid just $113 per night. Add in a full cooked-to-order breakfast included each morning, and cocktail happy hour in the lobby each evening, and we had ourselves a great deal!  And, you guessed it, we paid for our stay with our Amex card and earned points for the stay.  It was a win-win!

The Best of Both Worlds

Here’s the thing. I’m very particular about where we stay and where I’ll sleep. I’ve never been someone who can just plop down anywhere and fall asleep.  Shudder the thought.  And Abi doesn’t enjoy being cramped into a small space, he likes to get up and move around. Using our points programs gives us the best of the both worlds.  We have to pay for groceries, gas, clothing, etc., and while traveling we have to pay for restaurants, train tickets, attraction tickets and doughnut stops (because every good road trip must have a doughnut stop). There’s no reason not to pay for all of it on our credit card and earn points. We stay in quality hotels for a minimum price.  What’s not to love?! 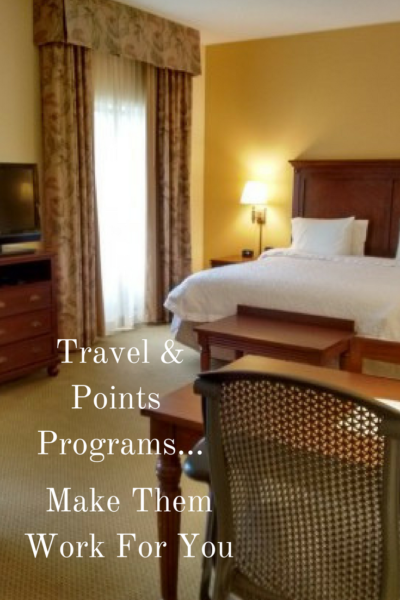