I had you at the word, chocolate, right?

There is a drink in Paris and Prague (two of our favorite cities) and I’m sure in many other European countries as well, that sucks me in like no other.  It’s beyond decadent.  Some call it hot chocolate.  I call it heaven in a mug.  It’s not your ordinary hot chocolate, no… no… no…  It’s so thick you can almost dare a croissant to stand on end in the thick creamy hot chocolate goodness. 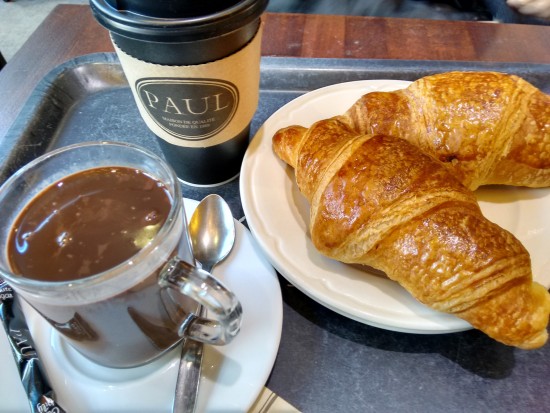 There are, of course, bakeries on every corner in Paris, but one of our favorites is Paul, which, is also on almost every corner so it’s a win win.  Funny thing is, there is a Paul in Washington, D.C. but it just isn’t the same.  Maybe, because it’s just not in Paris.

I came across a recipe for hot chocolate on Facebook that beckoned me back to Paul.  I shared it on to my FB page so I could go back to it and then of course never found it again so I had to work from memory.

Basically, and it should be noted that I didn’t exactly measure, the recipe is cream, chocolate chips and a couple of pinches of salt.  And since I had a random cup of white chips, I threw them in as well.  What the hell, right?!  I used:

I slowly melted the concoction in the microwave, just a couple of minutes at a time so it wouldn’t burn. 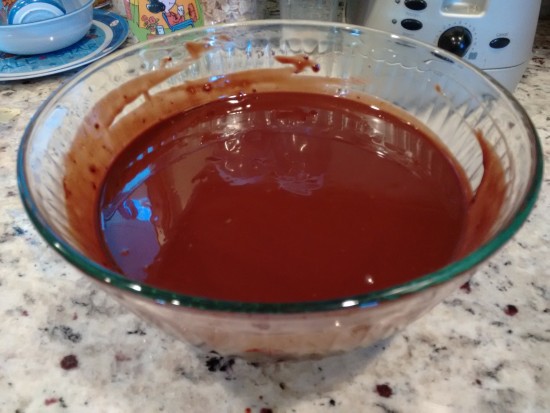 A Bowl of Goodness

When I finally had a bowl of melted chocolate goodness, I tasted it and did a little dance of joy.  I had inadvertently stumbled upon the thick rich goodness of Paris.  “Abi,” I yelled, “Taste this!”  He doesn’t have the appreciation for hot chocolate that I do, but he had to agree it was ridiculously good.  Honestly, if we had had some croissants we would’ve dunked them and taken them down in a matter of minutes.

Put a Lid on It

Before I drank the whole bowl I put a lid on it and put it in the fridge over night.  The next morning I had a bowl of thick creamy fudge and once again was tempted to just eat it straight from the bowl, but I refrained.  Although I did lick my fingers after rolling all of the little fudge balls.  Fudge balls went into the freezer and there they live.  Pop two of them in a cup of whole milk, microwave, and you’ve got yourself an amazing mug of hot chocolate. 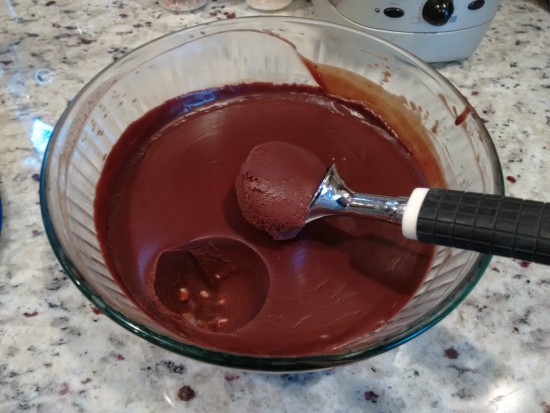 Thick creamy fudge in a bowl 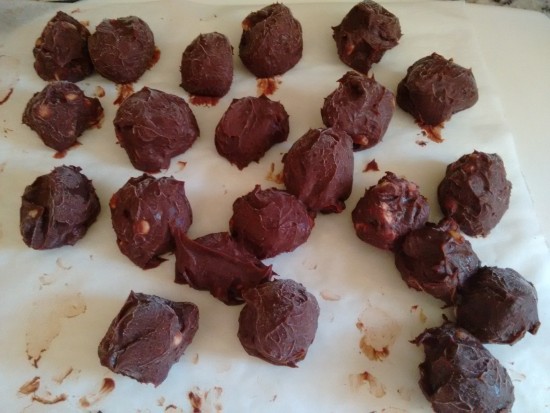 Roll into balls and pop them in the freezer

This May Not be a Good Idea

Three days later I’m coming to the conclusion that maybe this isn’t such a good idea to have access to this every morning, but it hasn’t stopped me yet. 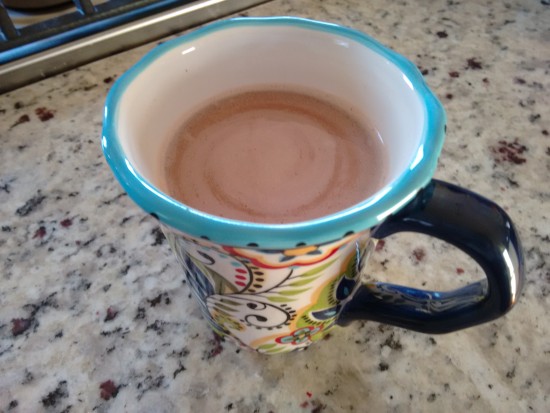 A great way to start the day, or an afternoon boost, or dessert, or…

Thoughts On Being Thankful