Ask anyone who has walked the Camino de Santiago if they know what a Spanish Tortilla is and I’m betting they’ll say, “Yes!”

The first time we walked into a cafe and saw the sign for a tortilla I couldn’t help but think, why would I want to buy a flour tortilla?  Clearly, I had no idea what a Spanish Tortilla was.

We’re not big breakfast eaters, never have been, probably never will be.  Sounds funny coming from two people who owned a B&B for 4 years, right?  But there you go.  When it comes to walking the Camino though, the Spanish Tortilla was a staple on our journey.

Most days we’d be on the trail by 8:00 a.m. We’d walk for a couple of hours taking in the peaceful morning serenity and by 10:00 a.m. we’d be ready to take a break and take in sustenance.  Pretty much every bar, cafe, and store served a tortilla, most often with a couple of slices of bread. Along with coffee for Abi, freshly squeezed o.j. for me (or hot chocolate if it was cold) and a generous slice of tortilla we had breakfast for two.  We became connoisseurs of the Spanish Tortilla.  The most tasty was in teeny tiny Atapuerca, at the local cantina, which tasted especially good on a very cold day.  I think the secret was carmelized onions.

Now that we no longer own the B&B and I no longer “have” to make breakfast every single day, I am rediscovering the joy of cooking and baking for just the two of us.  We still don’t eat breakfast, but we do eat brunch and we do eat dinner.  Add a mango margarita and the Spanish Tortilla fits the bill. 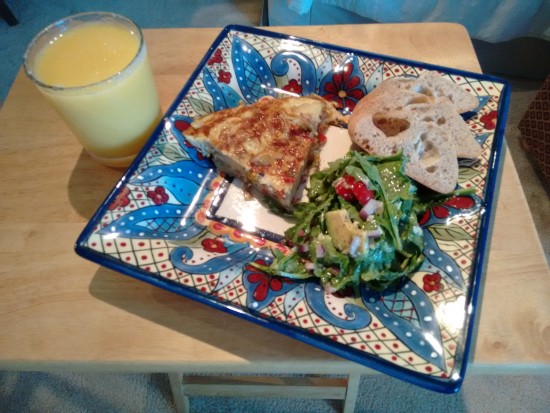 My version of the Spanish Tortilla served with an arugula salad and bread. A delightful mango margarita is the perfect beverage of choice.

My Version of the Spanish Tortilla

I read a few recipes and came up with my version of the Spanish Tortilla.  It couldn’t be easier and it’s quite tasty if I do say  so myself. 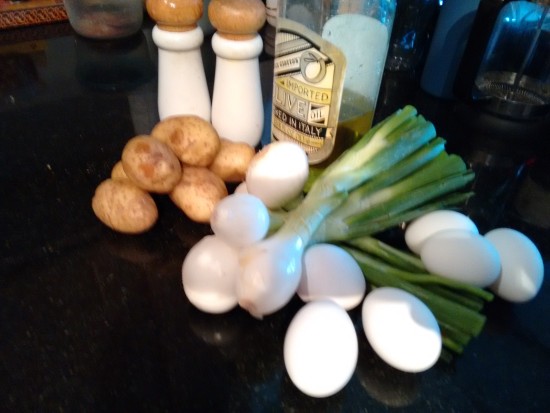 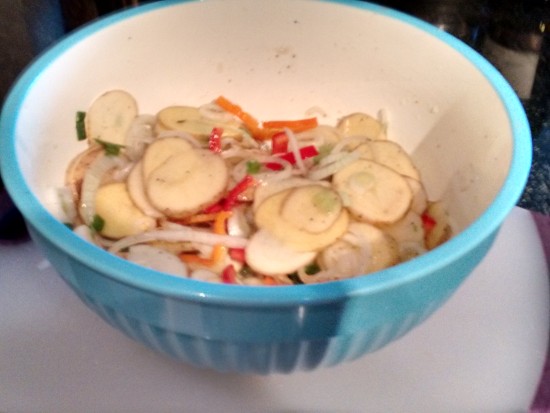 Thinly slice 6 or 7 smallish potatoes and as much onion as you’d like.  I used 4 of what I call giant green onions, toss with olive oil, salt and pepper. I happened to have some bell pepper that needed to be used so I tossed it in. 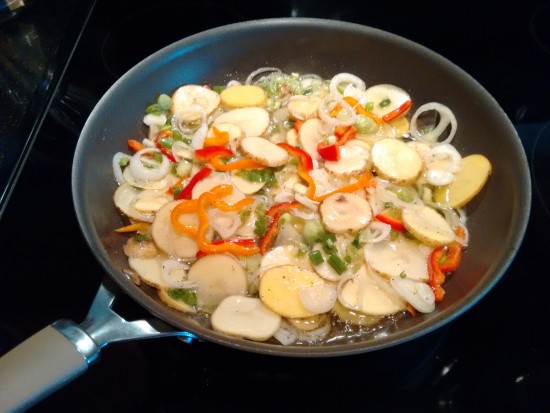 Put everything into the skillet and cover with olive oil (about a cup of oil) and cook over medium heat until the potatoes are soft. They don’t need to brown. 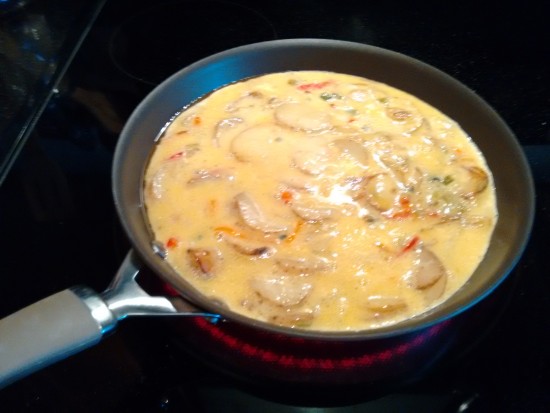 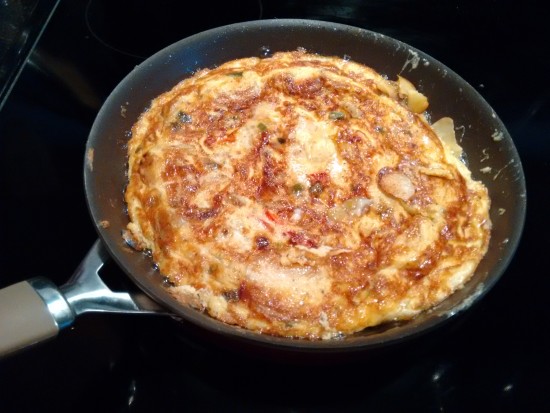 When the tortilla is fairly firm you need to flip it. I flipped it by placing my cutting board on top of the skillet and turning it over, then I slid the tortilla back into the skillet to cook the other side. 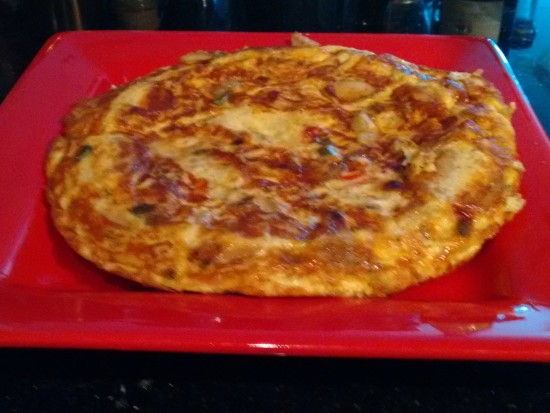 Once the tortilla is firm and golden brown on each side, slide out onto a plate and enjoy!

Give it a go and let me know how it turns out!  And as Julia would say, “Bon Apetite!”