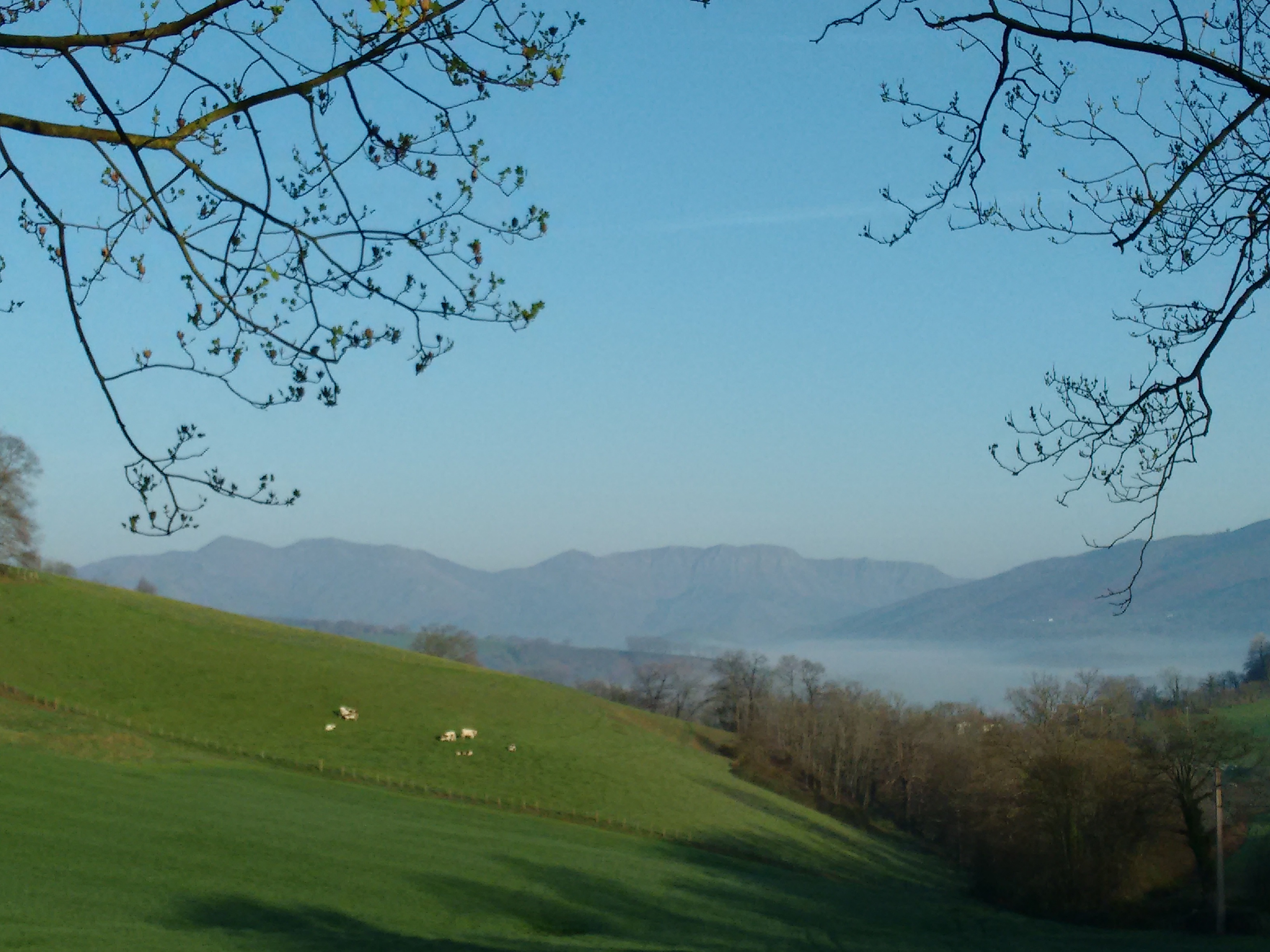 Right, left, right, left, walking the Camino de Santiago one step at a time I dragged my body into the courtyard of the convent of Roncevaux.  I was the last one in our group of walkers to pass through the gate and as I did so a woman was smiling and waving me forward, while a man approached me.

In my head I’m thinking, who are these people?!  Am I so delirious with exhaustion I don’t recognize them?  The man walked right up to me, gently held my face in his hands and rattled off what I believed were lovely thoughts.  I finally managed to understand he was asking me if I had walked from St. Jean Pied de Port and I said, “Yes.”  And then he smiled and just talked to me as if I understood, which although I didn’t understand his words, I understood his heart. It’s the Camino.

I Gave Birth to a Mountain

I wish I could share with you some profoundly philosophical words of wisdom about today, but all I can tell you is I feel as if I gave birth to a mountain.

The happy helpers in the Pilgrims Office, in St. Jean Pied de Port, encouraged us to take the mountain pass from St. Jean to Roncevaux because the weather would be warm and sunny.  We were told the views would be spectacular and maybe we would see snow.  They said it would take seven or eight hours.

Ha! It took us a solid ten hours because maybe we would see snow, was in actuality, four hours of trekking through knee-deep snow packs, running water, ankle high mud and it rained just for good measure.

We’ve included a series of photos that pretty much depicts our day of walking from St. Jean to Roncevaux.  Nothing like starting off our Camino trek with a bang! 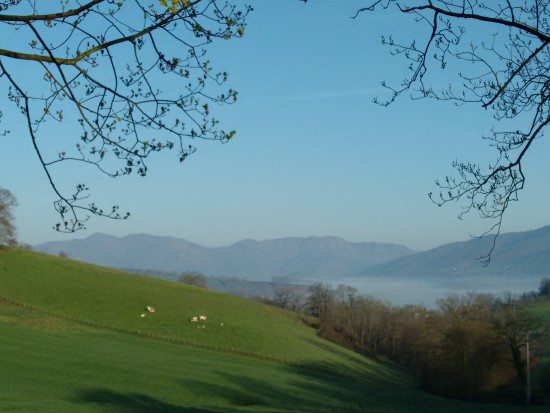 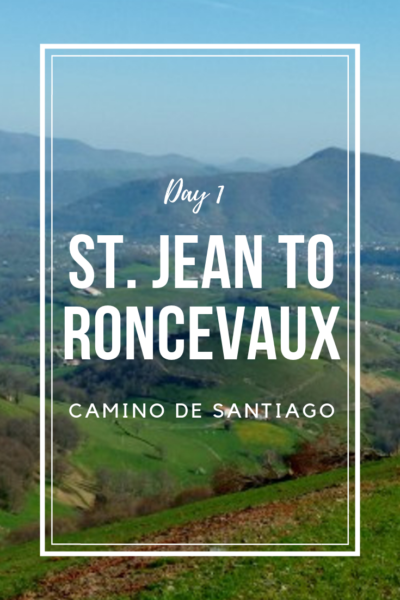 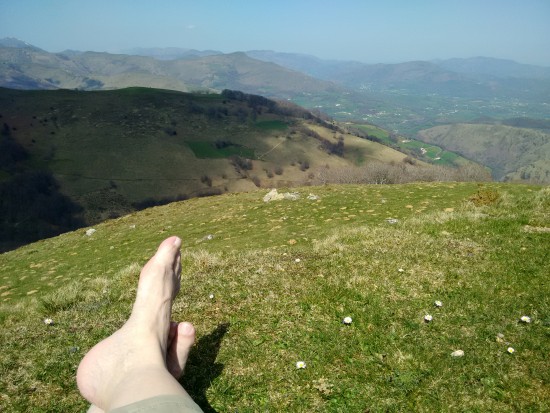 When we stopped to take a lunch break, we thought we had all the time in the world not knowing what we were about to take on to reach the summit. 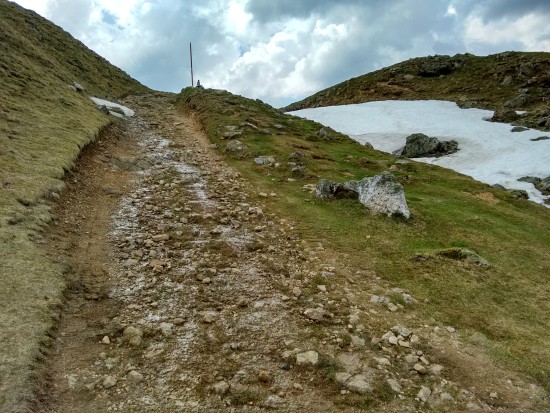 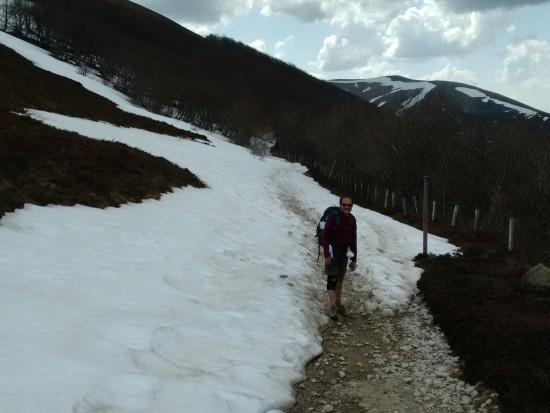 The snow packed trail, this was actually one of the easier spots. 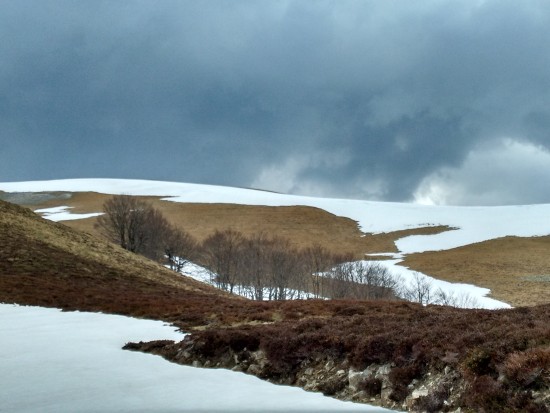 Look at that sky! 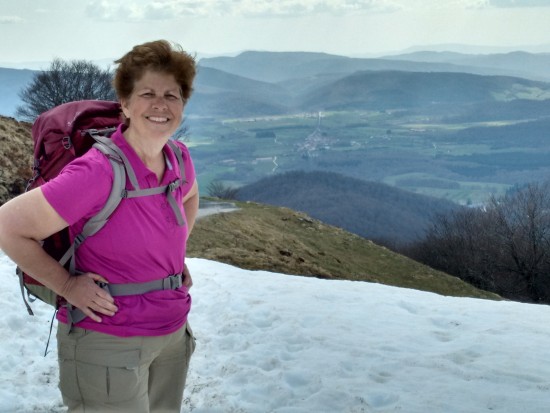 Looking hagard at the Summit.

I have never been so painfully exhausted in my entire life.  And, that includes 13 hours of induced labor/childbirth.  Was it worth it?  Absolutely.  I’ve never felt so empowered and so full of doubt at the same time.