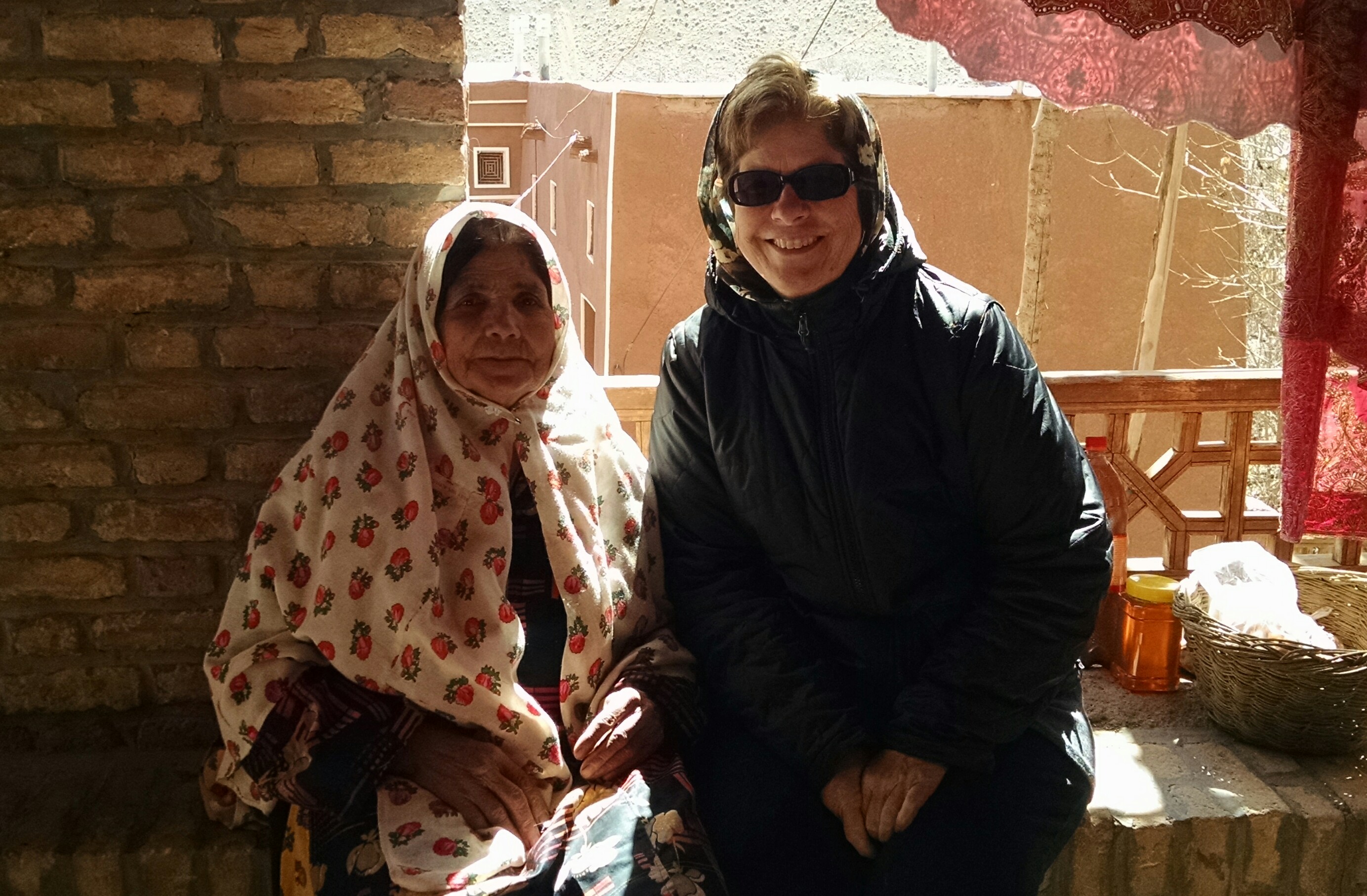 Abyaneh, with soil the color of rich terracotta and residents dressed in cultural garb dating back centuries, a walk in Abyaneh is a walk through time. 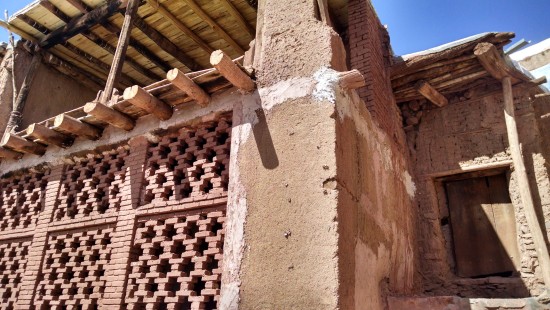 And if you think the desert doesn’t get cold, our brief visit to Abyaneh would prove you wrong.  The historically charming village tucked into the hills of the Iranian desert was ridiculously cold.  Bitter ice-cold wind ripped its way from the hilltops down through the alleyways making for a bone-chilling March visit. 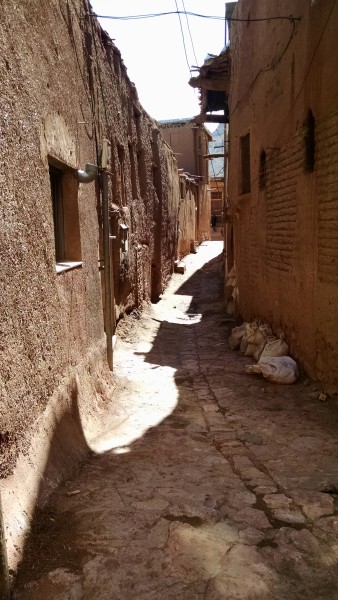 Abyaneh is one of the oldest villages in Iran,  located about an hour southeast of Kashan.  Not only is it a highlight of any road trip in Iran, the local residents – all 300+ of them – maintain the customs and cultures of their village dating back nearly 3,000 years.  They live the traditional lifestyle of their ancestors with many of the women selling crafts, nuts and dried fruit. 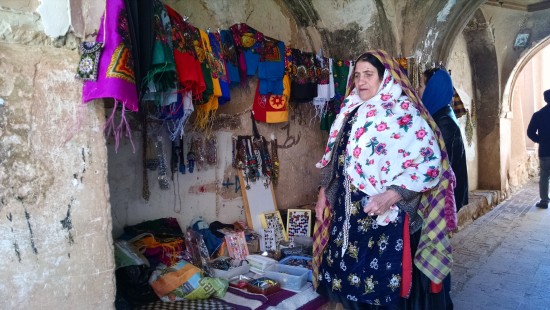 I learned of Abyaneh from everyone’s foremost travel guru, Rick Steves several months before we left home, and because Abi also knew of the village he made sure it was on our road trip itinerary.  Although the Abyaneh segment is found at the 22-minute mark, I encourage you to sit back and watch the video at length.  The 1-hour documentary is a well-balanced look at today’s Iran.

Along with the historical significance of the UNESCO village, what caught my attention, while watching the documentary, was the colorful head shawls worn by the women.  I remember wondering if their shawl was everyday wear, or was it only brought out for the camera crews.  What I learned is that it’s the real deal. All of the women we came upon wore the brightly colored flowered shawls. And the direction of stripes on the men’s baggy black pants denotes their marital status, although we saw very few young people in the village. 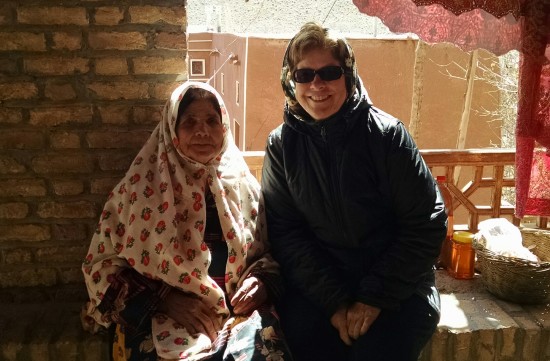 A long-standing custom unique to Abyaneh is the gender specific door knockers.  Walk through the village and pretty much every home’s front door has two distinct door knockers.  Because women must cover their head should a male non-family man enter the house, there is a specific knocker used only by men.  The sound of the knocker rapping on the door tells the woman if a man or woman is knocking.  It’s really quite special. 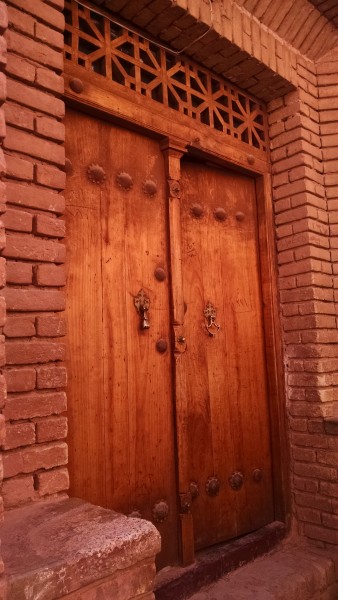 The Cradle of Civilization

Abyaneh, a region so deeply rooted in historical significance, is the cradle of civilization. While text books teach school children the history of Mesopotamia and the Fertile Crescent; these villagers walk in the path of history every day. Wind your way through the alleyways of the village and one can’t help but wonder what role the villagers play within the context of today’s world headlines.  How do they view the world outside of their sheltered village community?  Do they discuss world politics and the effect of sanctions over dinner, or are their concerns more in line with the business of day-to-day living?

Abyaneh is a tourist stop, yes, but it is also a close knit community of homes and neighbors and shepherds watching their flocks in the nearby hills. It’s a community holding on to a way of life seeped in tradition while keeping the modern world at bay.

The Faces of Iran

These are the faces of Iran the world at large does not see.  When government leaders and the mass media pontificate stereotypes, do they see these faces? 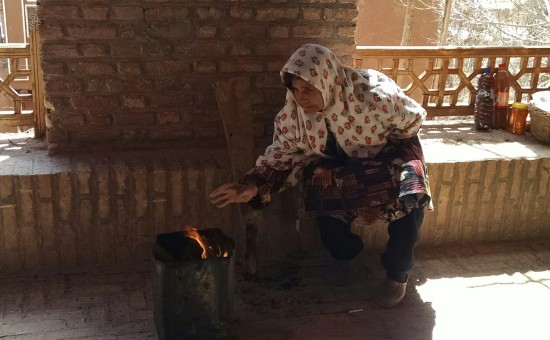 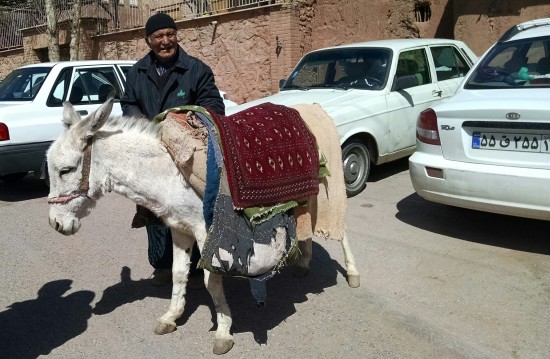 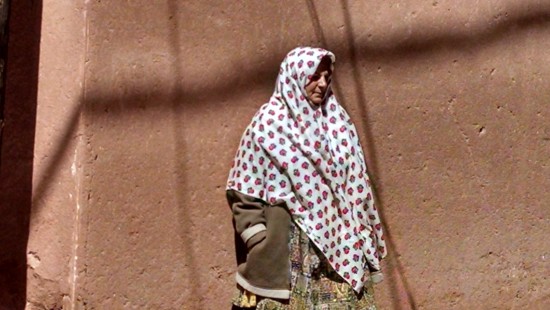 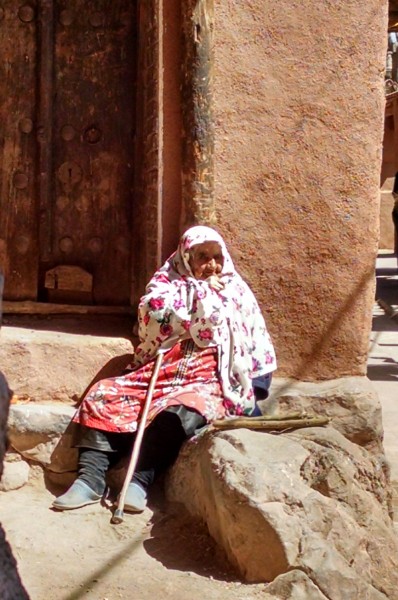 This is the 4th post in our Putting a Face on Iran series.

« Previous post
The Spanish Tortilla, It’s What’s for Breakfast
Next post »
Putting a Face on Iran: Women at the Forefront ~