As I put fingers to keyboard to begin writing about our three weeks in Iran, I want to rewind for just a bit to write a few words about traveling in today’s world.

Rousted at the Airport

For whatever reason everyone sitting in the waiting area was ushered out, asked to form a line and then questioned yet again.  Have you bought anything in the airport?  Have you had your bag with you the entire time? Did anyone ask you to carry anything for them?  Yes. Yes. No.  You may return to the waiting area.  Abi, not so fortunate.  He was randomly selected for a pat down right there in the waiting area.  Others received the same pat down while others were told to go directly to the check-in counter for yet another round of questions, while still others were cleared to return to their seats.

We’d never experienced anything like it and I must say it was a bit disconcerting.  We don’t know if they were looking for someone/something specific, or if they were just running everyone through the gauntlet, but we believe it was coming from U.S. mandates.  There were 9 United Airline clerks working that counter.  When we left the U.S. we were lucky to find 1 person to assist with the self check-in portals.  The powers to be are not worried about who’s leaving the country, but they are certainly paying attention to who is entering.

While in Europe we traveled by train on 9 different days and each of those days presented us with a fun travel experience. Well, the overnight train was not exactly fun, but give me train travel over flying any day!  If only they could build rail tracks across the Atlantic.  Of those 9 train travel days, there were only 2 days in which the security was extra tight and both days were in Spain.  Leaving Madrid and leaving Barcelona we were required to check in through security. Spain has a history with terrorism on trains, so we weren’t at all surprised. 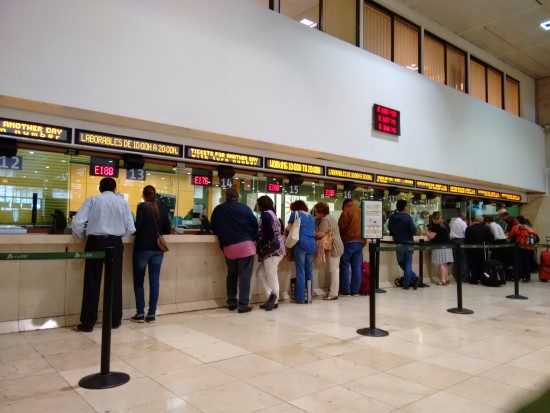 Barcelona Train Station. Making reservations for our train to Aix en Provence.  We pulled ticket #234 and they were helping #135.  Augh!

What’s my point in telling you this?  Sadly, it seems to be the state of affairs for traveling in today’s world.  It’s the name of the game and patience is the wisdom to live by, no matter the level of personal frustration. Grin and bear it as they say, but please don’t let it stop you from getting out there to see the world. 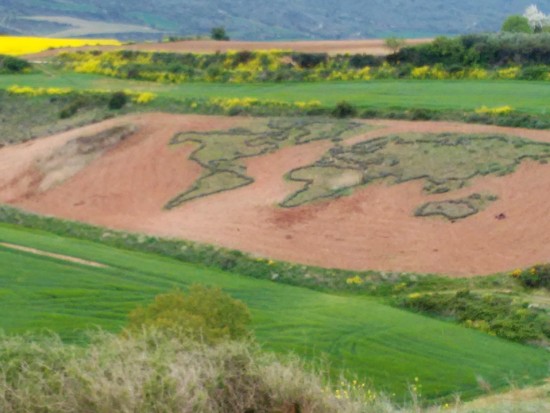 It took me 20 years to make the decision to travel, with Abi, to Iran for a multitude of reasons, one of which being how the mass media portrays the middle east as a scary unstable part of the world.  But now I find myself asking if Iran, specifically, really is.  Is traveling to Iran any more dangerous than any other part of the world?

Too Quick to Judge

The middle east certainly has its share of bad news, there is no question about that.  But if we talk country specific so does the United States (and much of ours is home grown) so does Spain, France, England, Australia, … is there a country in the world that truly doesn’t?  Is it that we’re too quick to judge foreign lands before we judge ourselves?  Before making the trip to Iran I had to purposely tune out the mass media, which as we all know tends to perpetuate the ugly side of life.  This is not to say that there are not issues with Iran, there are, but my point is … is it any more dangerous? 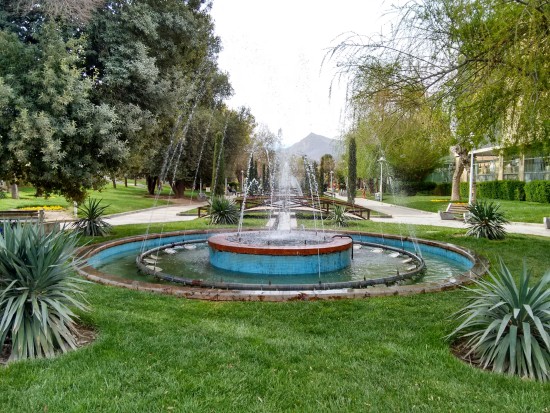 Water feature in a Isfahan Park

There is no U.S. Embassy in Iran and that in itself can lead to concerns.  On the flip side there is, of course, no Iranian Embassy in the U.S., but there is an Office of Iranian Interest in the Embassy of Pakistan in Washington, D.C. United States citizens can in fact travel to Iran, but they must travel with a sanctioned tour group and/or guide.  If you happen to have dual citizenship with a country such as Norway, you can freely travel to Iran on your Norwegian passport. Abi and I traveled on our Iranian passports. The tourist industry is slowly burgeoning in Iran and Americans are finding themselves more than welcome.

We flew from Frankfurt, Germany to Tehran, Iran on Lufthansa Airlines; a 5 1/2-hour flight.  Foreign carriers do not stay on the tarmac overnight in Iran, although I believe the flight crews stay. Lufthansa flights land at 1:30 a.m. and the same plane with a new crew departs at 3:30 a.m.  This practice dates back to the revolution nearly 40 years ago.  Before the revolution Lufthansa may have had multiple flights in/out of Tehran every day, now there is 1 flight in, 1 flight out each day. 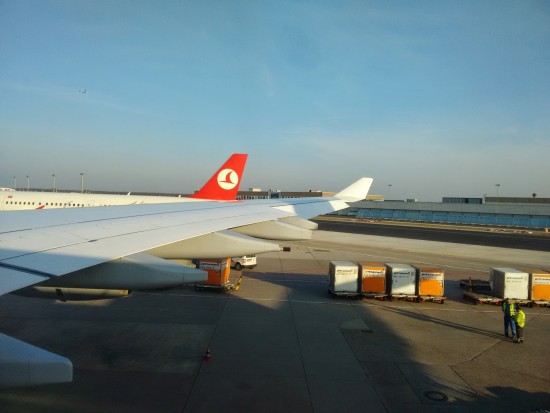 Wing span of Lufthansa – waiting to take off from Frankfurt.

Just like arriving in any other country, when arriving in Tehran one passes through customs with your passport.  If you are American, British or Canadian you’ll be fingerprinted, but we weren’t because we were traveling on our Iranian passports.  However, because it was my first time entering the country, the customs agent asked several questions, which of course I did not understand so Abi answered for me.

Is this your first time in Iran, are you married, do you have children, etc.  I will admit I was nervous, but I kept smiling and she was quite friendly and welcomed me.  Once clear of customs we picked up our checked luggage and were greeted with open arms by at least 30 members of Abi’s family.  Hugs, kisses, tears, flowers, like any other family in any other part of the world embracing the weary travelers. 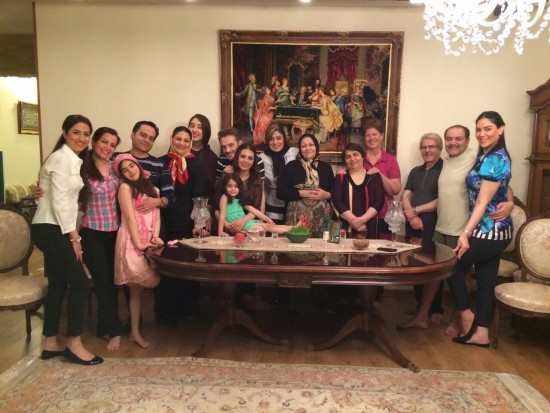 No photography allowed at the airport – this is a small gathering of family at the home of Abi’s sister.  These are the faces of Iran.

This is the 1st, of a series of posts, from our 3 weeks in Iran.

« Previous post
Putting a Face on Iran: Tehran ~
Next post »
Awesome Places to Retire Such as Ecuador