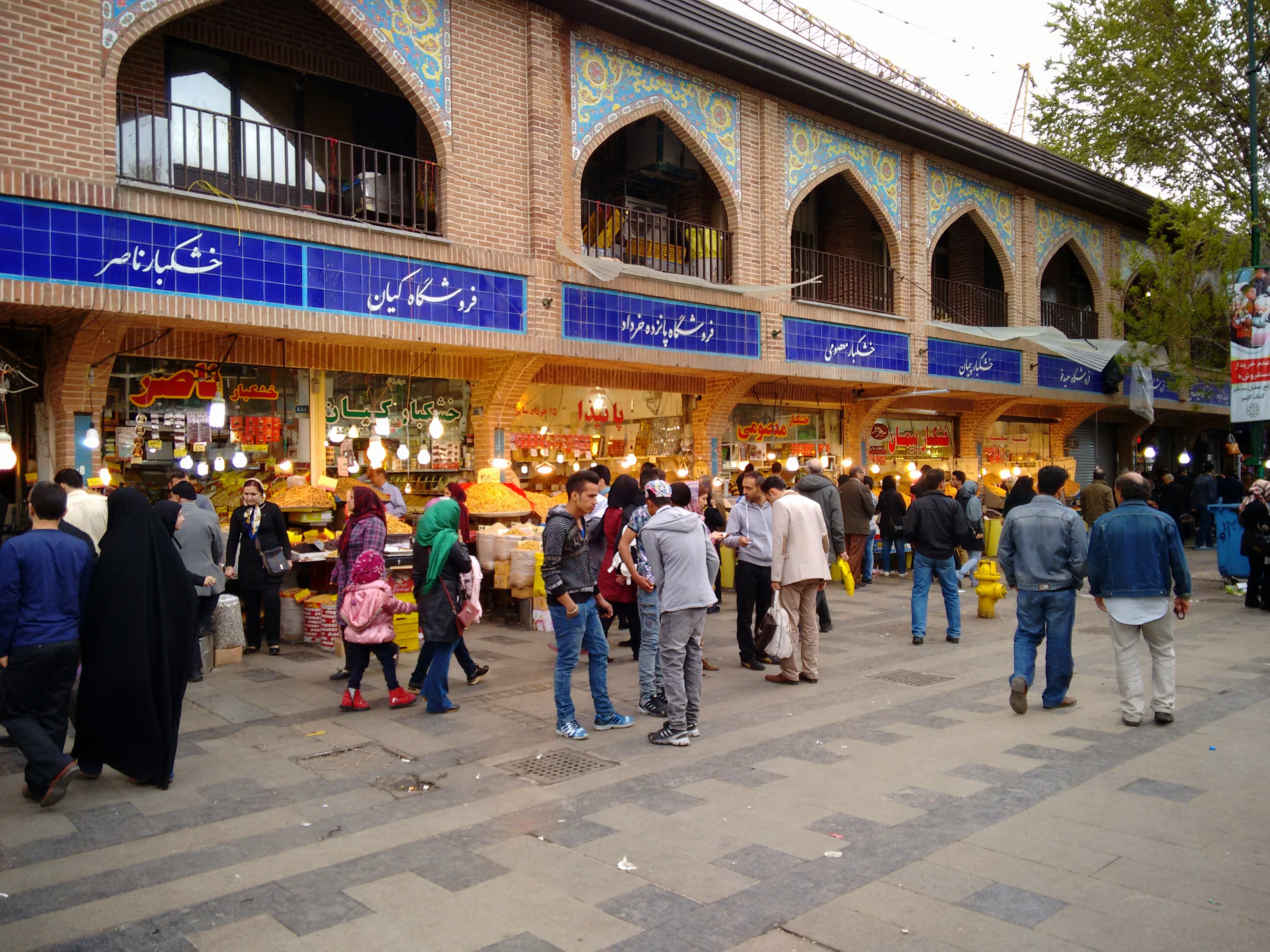 When I Think of Tehran

When I think of Tehran I think of the new year holiday – Norooz – when pretty much everyone in Tehran is outside celebrating, not just for 1 night, but for 2 full weeks.  And I think of a city where people take the art of picnicking to a whole new level and old men sit in parks shooting the breeze. 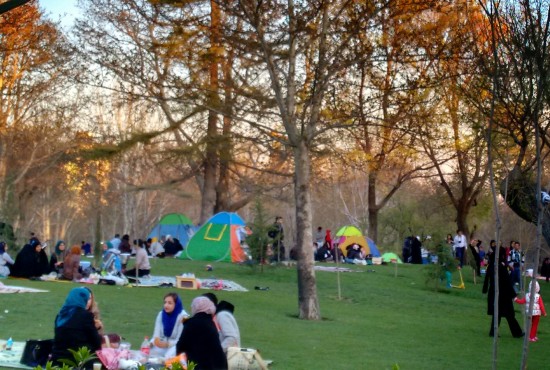 Pop-up tents are hugely popular for picnics in the park, in Tehran.  And they just don’t pack sandwiches, they bring the dinner pot with stew and rice.

Tehran is an enigma, a sensory overload of old and new twisted together in a constant dance.  In a country with over 79 million people, an estimated 60% of Iranians are under the age of 30.  And while the post revolution regime is trying hard to hold on to the past, the 30-something generation is aching for change. It’s a generation that is well-educated and ready to embrace the world.  Change comes slowly though, and for many it’s a frustrating waiting game. 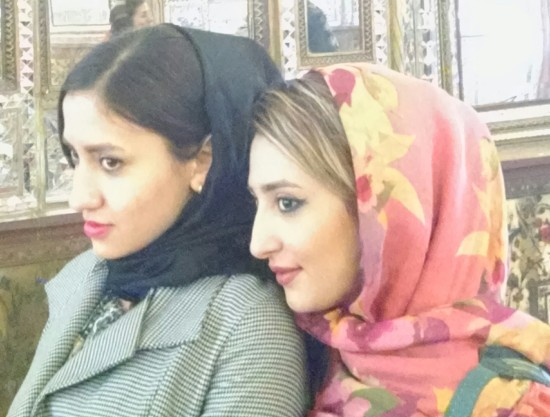 The next generation, pushing the boundaries while waiting for change.  These are the faces of Iran.

The Most Massive City

We’ve visited many a big city in our travels, but with a bulging population of 14 million I’m pretty sure Tehran takes the prize for the most massive city experience to date.  Although even with it’s enormity it is still pretty much just like any other city. I think it’s hard for outsiders to see beyond the mass media’s negative  stereotyping.  A stereotype built upon the premise of every country needs a good enemy. Having a common enemy helps unite the population.  Fear breeds fear – and ignorance.

The people of Tehran are normal everyday people. Just like you and me. They work, they ride the subway, they travel, they shop in ultra modern shopping malls and fabulous historical bazaars. They study, they watch soap operas, they embrace family and the extent of hospitality is beyond anything you’ve experienced.  The food is amazing and oh boy, do they savor the delight of pastry goodness! 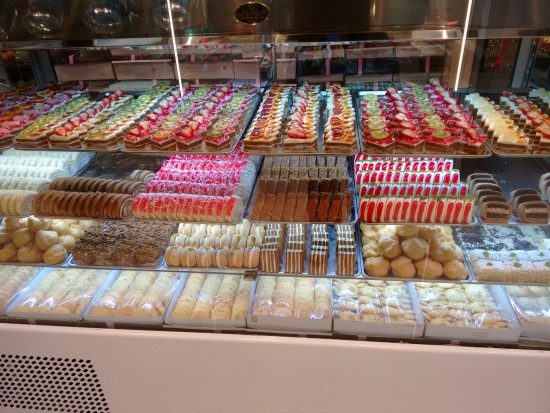 I ate way too many…

There are some societal rules you won’t necessarily find elsewhere, such as on the subway.  There is a women only car where men cannot ride, but women can ride in all cars if they choose to.  I did.  I rode with the men.  And yes, they stared; not creepy stared, just curious. 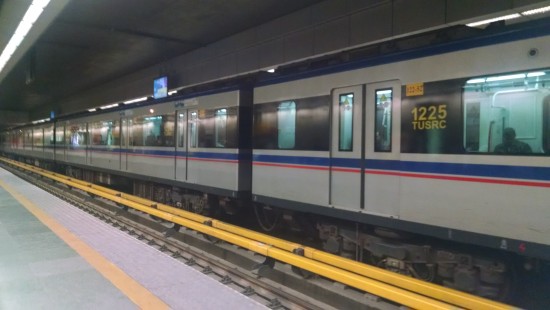 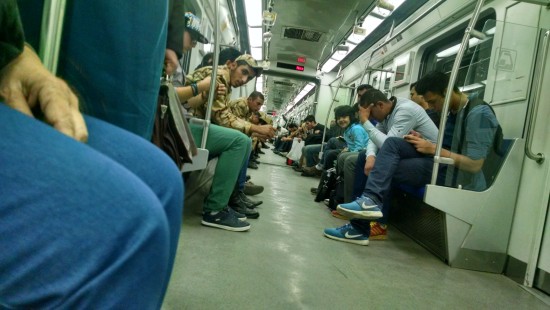 See the looks of curiosity?  They’re looking at me.

While out and about in Tehran I was not always completely comfortable because at times I was way too far out of my personal comfort zone. Riding in a car, in Tehran, was slightly terrifying for me – much to the amusement of our nephews – and because there were a lot of people everywhere we went, it could be overwhelming.  When the population is bursting at the seams, it can take a toll on the infrastructure of the city making it less than appealing.  But this doesn’t only apply to Tehran, I experienced similar feelings while in Marseille, France, albeit Marseille is a much smaller city. 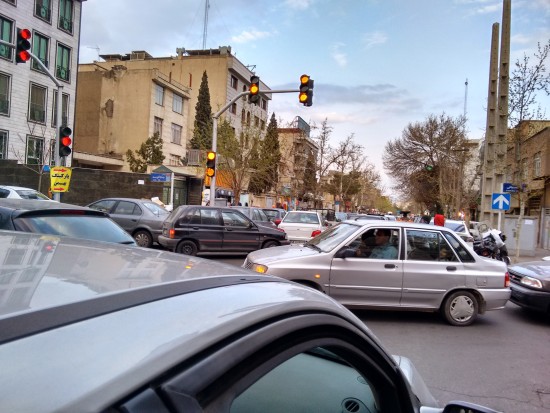 Where designated lanes are just a suggestion.

The Shah’s Sa’dabad Palace was among the sites we visited while in Tehran.  It’s not as elaborate as you might think because much of the furnishings and art were … shall we say, displaced, during the revolution.  What I took away from our visit to the palace was that had the Shah relinquished absolute power over his country, i.e. formed a democratic government while continuing to reign as monarch, his family would most likely still rule today.  It’s a similar tale of Marie Antoinette and hubby Louis.  Greed.  It will get you every time. 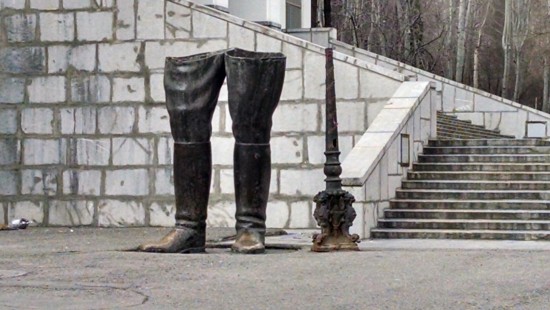 All that’s left of a bronze statue of the Shah, literally cut off at the knees.

This is the 2nd post in our Putting a Face on Iran series. 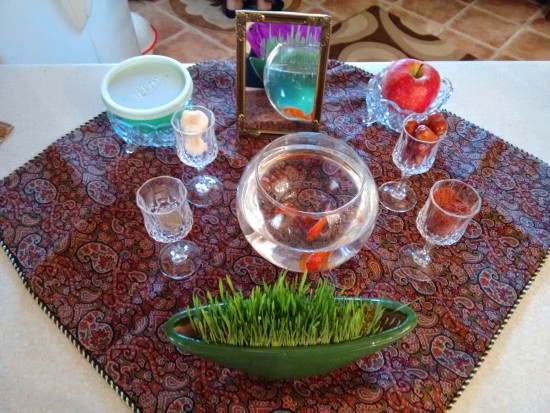 Sofreh Haft Sin, or 7 S’s. Seven symbolic items on display for Norooz, pretty much seen in every home. 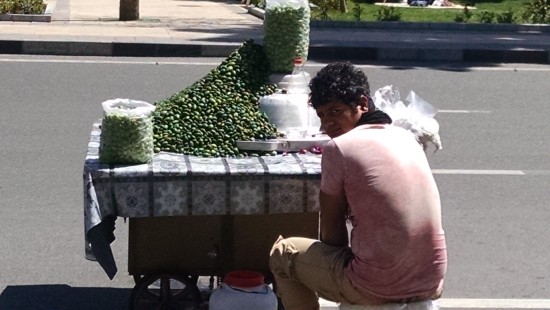 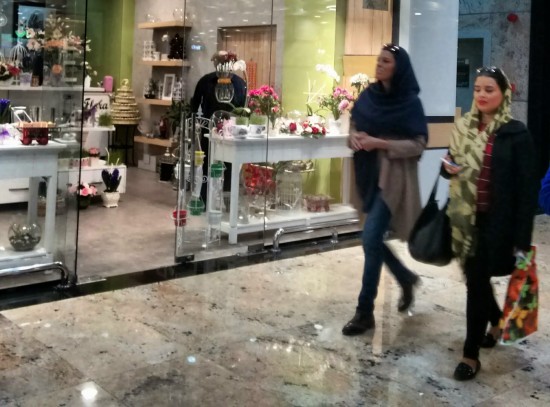 An afternoon of shopping at the mall.  Notice the marble floors! 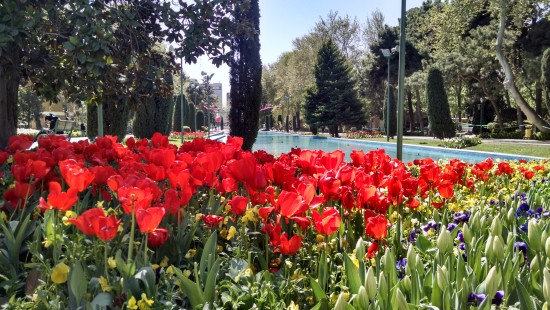 Tulips in one of the many city parks in Tehran. 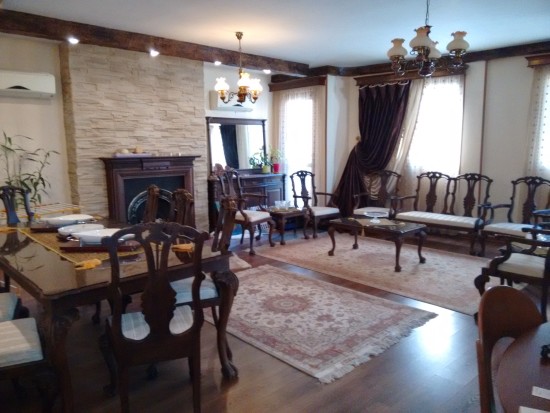 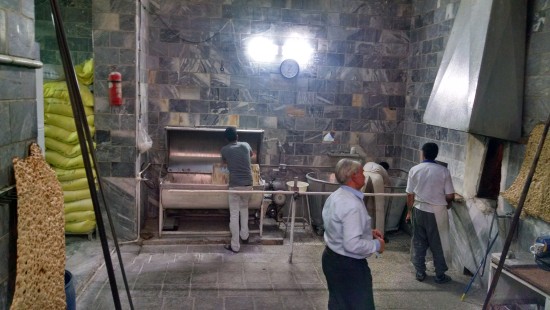 Freshly baked bread. See the bread on the left?  So good with cheese, or butter and honey. 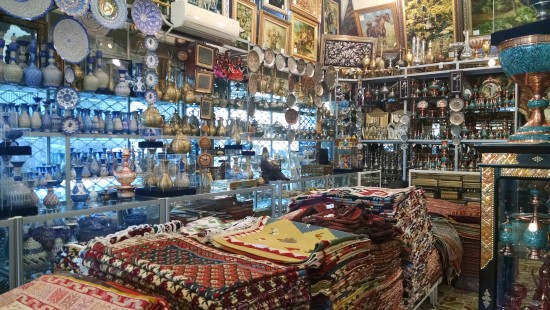 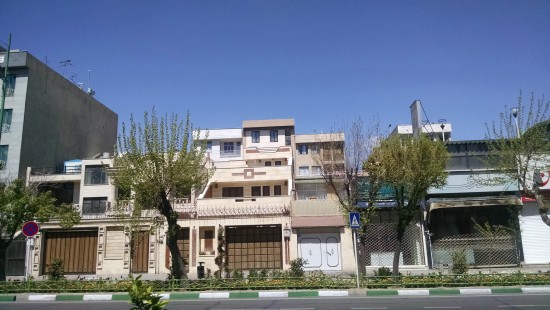 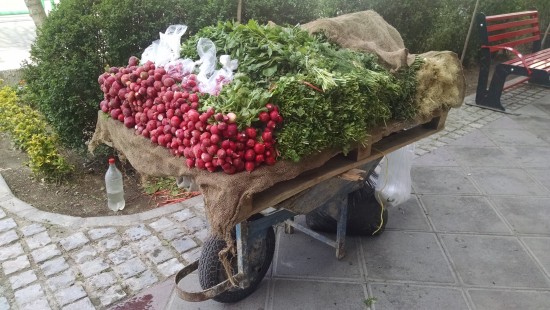 The freshest produce on a simple cart. 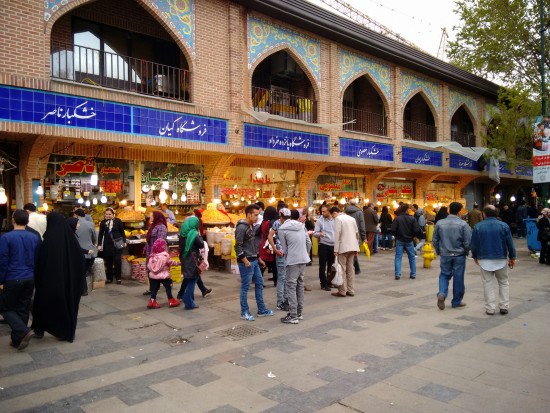 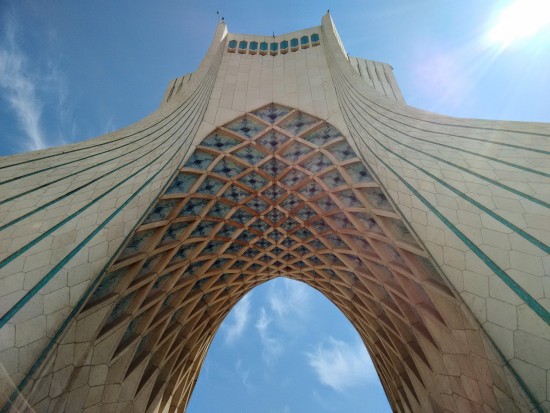 « Previous post
To Tour or Not To Tour, What’s your Choice?
Next post »
Putting a Face on Iran: Arrival ~