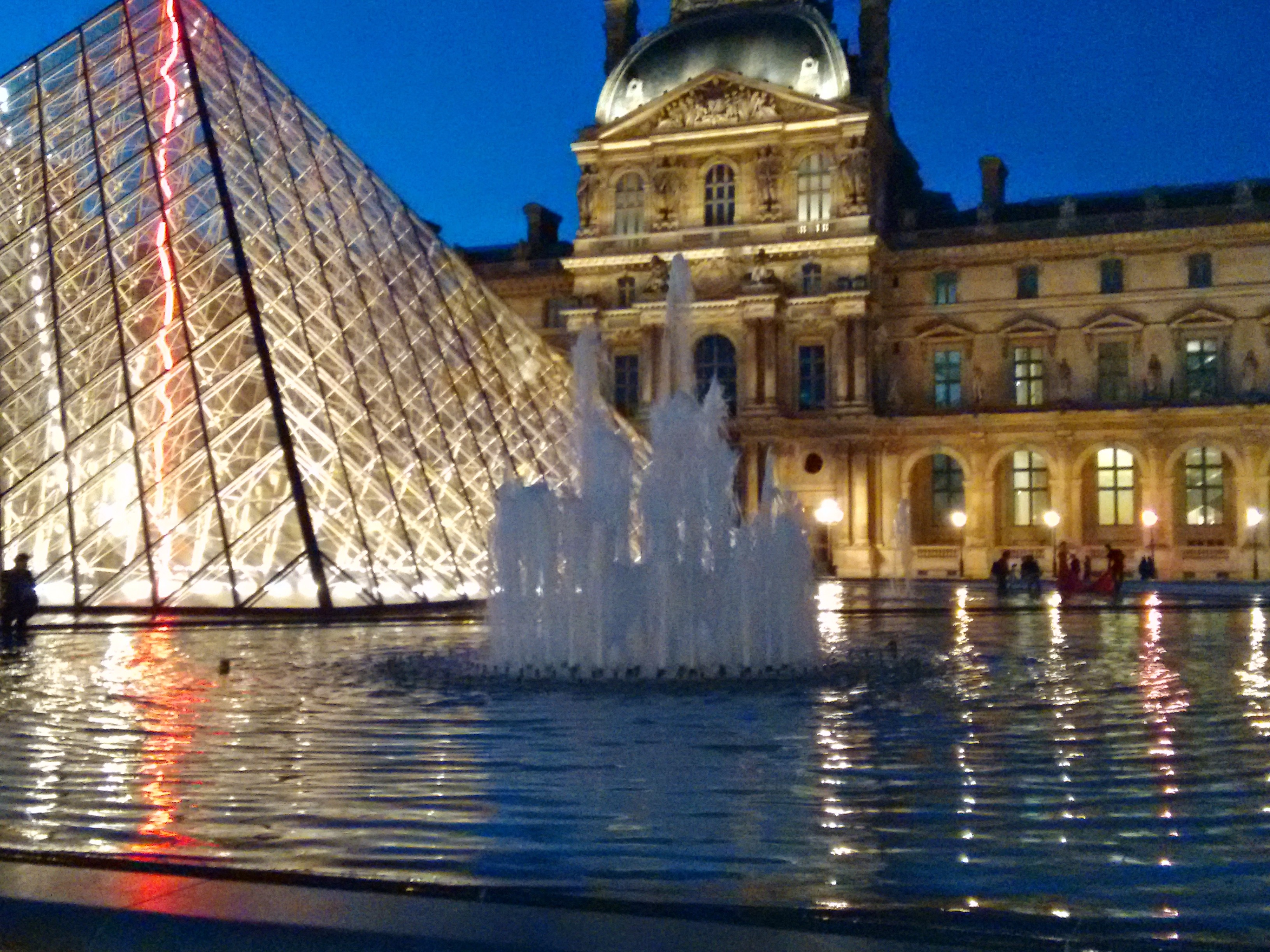 To tour or not to tour?  It’s the question we find ourselves asking more and more often as we travel.  Maybe it’s because we have officially retired and are a bit more selective as to how we spend our money, or maybe it’s because we’ve seen a few too many museums and castles.  Whatever the reason, we are more discriminating these days.

While in Porto, Portugal we bought two 2-day on/off bus passes for a total of 24 euros.  We rode the bus the entire loop, which took a couple of hours and then hopped on/off throughout the day. The bus took us all the way out to the coast, somewhere we would not have walked to.  It was well-worth every penny even though we didn’t use the second day. 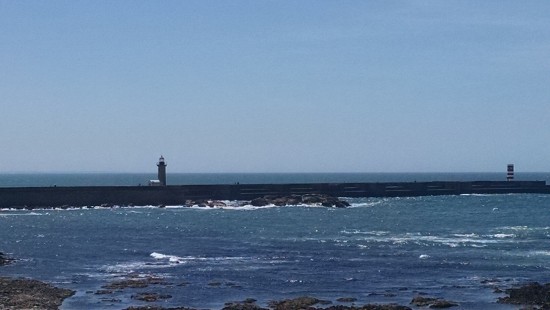 In Barcelona, the same concept of two 2-day on/off bus passes would have cost us nearly 60 euros.  As much as we would have enjoyed getting the overview of the city, we couldn’t justify the cost.  It seemed so ridiculously over the top expensive. The #1 reason we went to Barcelona was to tour La Sagrada Familia and at 48 euros for the two of us, it was pricey.  But for a once-in-a-lifetime must see experience, we had to do it and it was all kinds of fabulous! 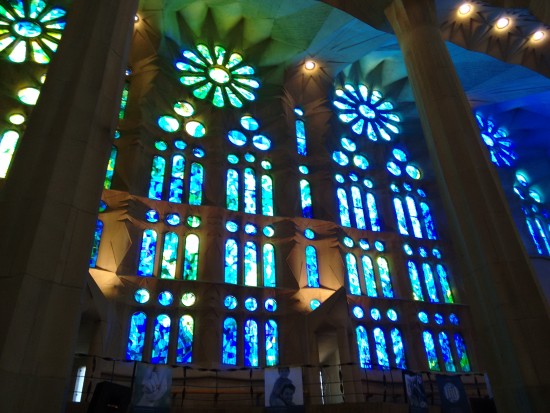 We took a day trip to Arles in the south of France and while there we decided 16 euros was worthy of the opportunity to visit a nearly 2,000 year-old roman-built coliseum. How often do we get the chance? 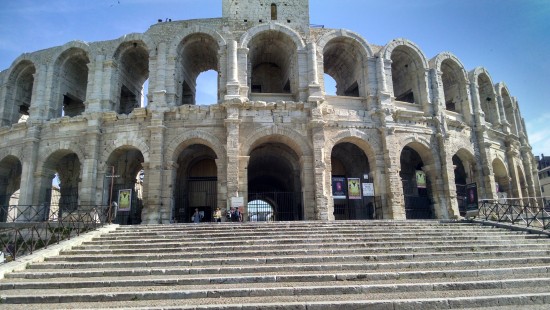 It may sound contradictory to say we splurged big time to take a small-group guided tour of Avignon, Orange, Pont du Gard and Chateauneuf du Pape at 110 euros per person, but here’s why we did it.  We very much wanted to visit all four places, but could not reasonably coordinate bus/train travel to get to each of them in the allotted time we had. 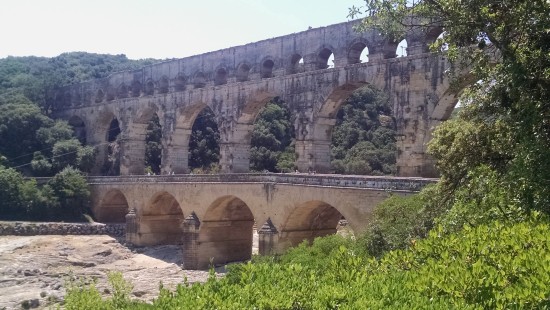 Being with two guides and only five other people was a great way to experience the region.  On our own, we would not have had the same experience nor would we have found the ruins of the Pope’s castle or an active archaeological site.  For an 8-hour day, with a driver in an air-conditioned van and a knowledgeable local guide, it was a wonderful way to experience the region on our tight schedule.  It was expensive, but it was worth it.  Oh, and it included wine tasting in one of the Pope’s caves! 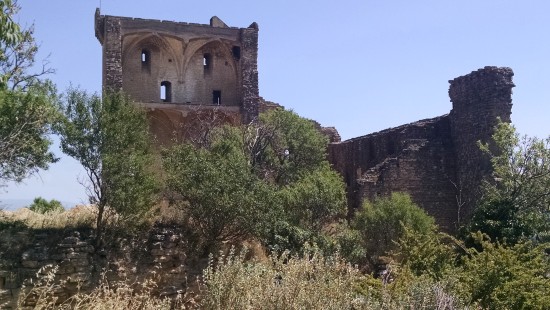 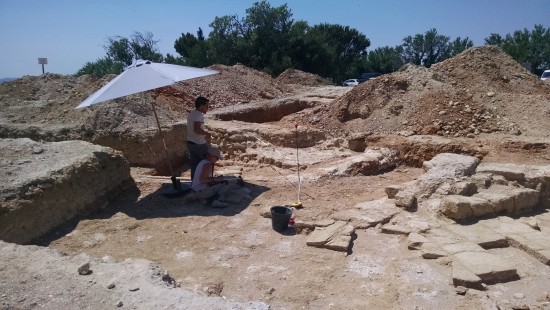 An active archaeological site at the Pope’s castle, Chateauneuf de Pape.  It was 95 degrees!

Walking tours are a growing commodity in the travel industry.  Some tours are free, asking only for a donation for the guide and some are paid, whether group or private.  There are lots of options and walking tours are among our favorite ways in which to get up close and personal with the soul of a city.

While in Munich we had just 2 1/2 days to see as much of the city as possible and we had no idea where to start so we thought, walking tour.  Based on TripAdvisor reviews we chose InMunich Tours, which offered a guided paid (20 euros/person) walking tour of Dachau and a free walking tour of the city, which we took on day two.  Visiting a concentration camp is difficult at best. Having a knowledgeable guide was well-worth the cost in order to take away as much as possible from the experience. 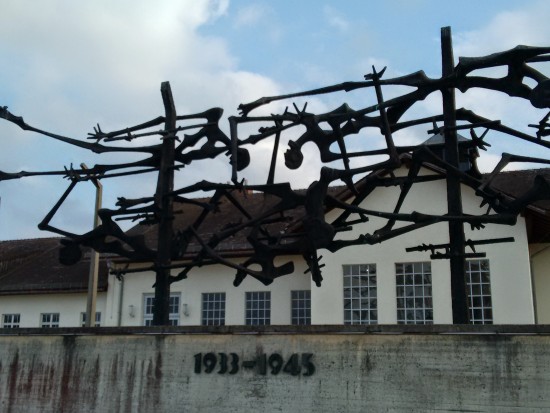 Traveling from Germany to France, we spent 2 nights in Paris to catch our breath before we headed to Spain to walk the Camino.  Having been to Paris before we were looking for something different to do.  As luck would have it, we were invited by Discover Walks to join a night walking tour of Paris and we gladly accepted the invitation.  We love Paris and seeing it with a guide – at night – was the best.  Cities with rivers always seem to be extra pretty, but crossing the Seine river at night was really something as was seeing the glass pyramid and fountains at the Louvre. 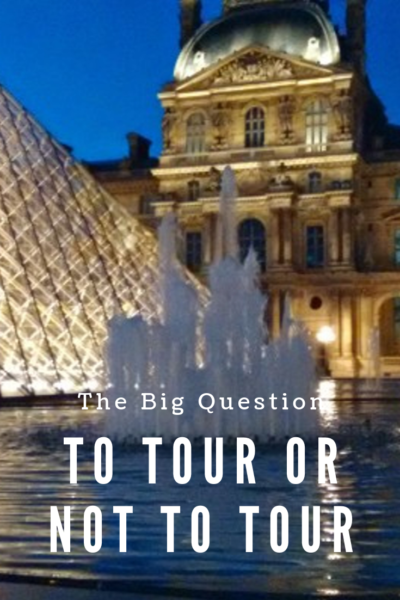 Although it was dark and I wasn’t able to get a good shot of the building, one of my favorite stops on the tour was the building used in the film, Julie & Julia. It wasn’t Julia’s actual home, but it was fun to see a bit of movie trivia.  And who knew if you walked into a parking garage you’d find a section of an historic wall built by Philippe Augustus! 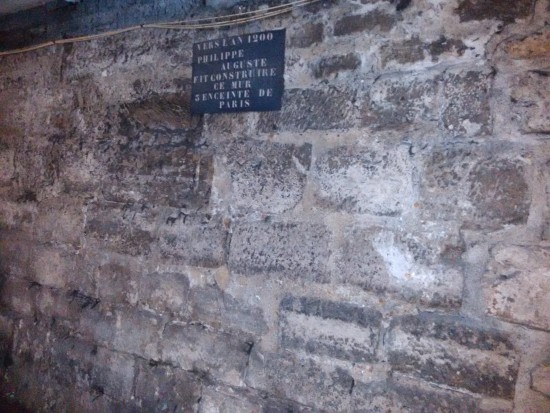 An historic wall hidden away in a parking garage in Paris, France.

Throw Out the Outliers

Usually, it’s nearly impossible to see everything a city has to offer so making choices is inevitable.   When we’re on the fence about something, we’ll look at reviews on TripAdvisor and get a feel for the overall impressions.  We know the reviews can be manipulated, but it’s pretty simple to throw out the outliers and find the common ground.  Or, to simplify it, if we have to think about it too long and hard then it’s probably not what we want to do.

I remember standing in front of the castle in Prague, trying to decide if we wanted to pay to go in while shaking my head and thinking, meh, let’s go stroll the gardens and take cheesy pictures with the guards. 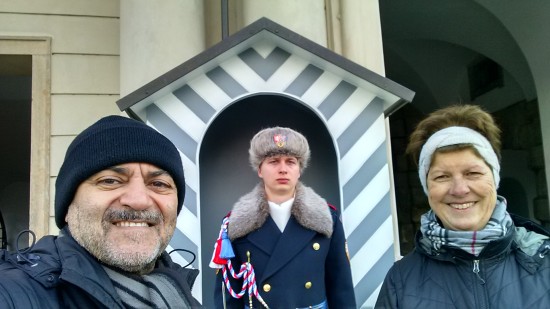 What’s up with my hair? My ears were SO cold!

When it comes right down to it, it’s all about making the best use of your time and finding the best bang for your buck. 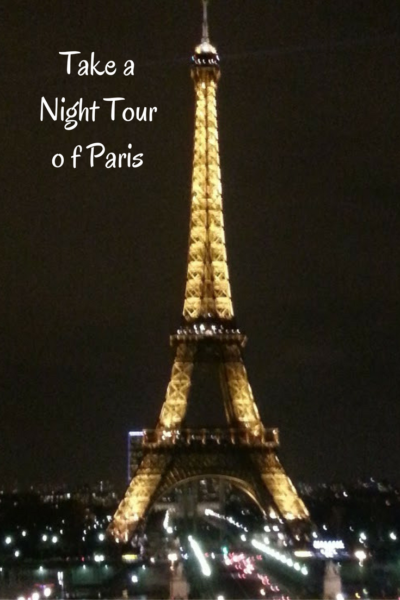