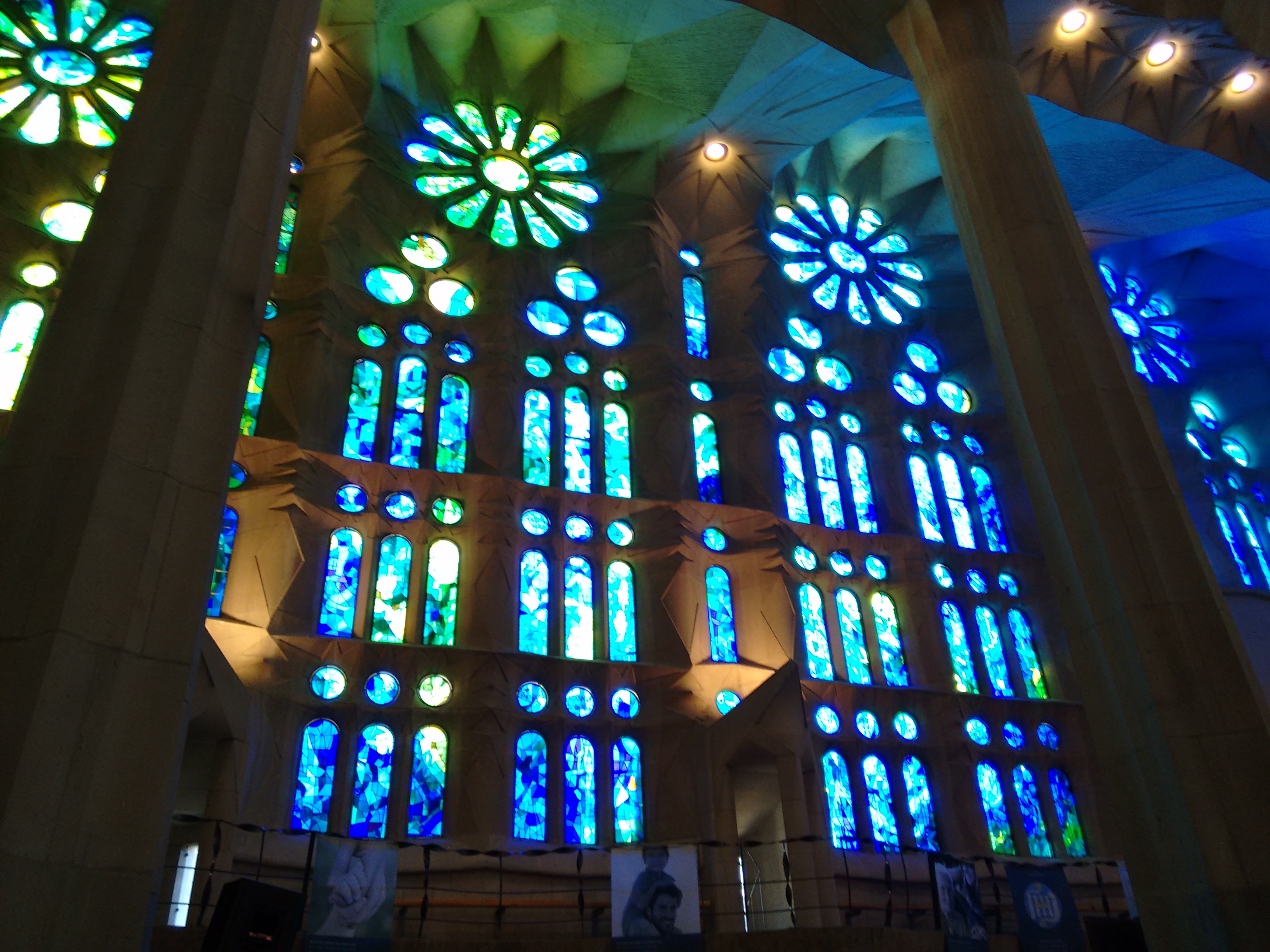 Making our way back across Spain – after walking the Camino and visiting Porto – there was only one stop I really wanted to make and basically it was for only one reason; to visit La Sagrada Familia in Barcelona. 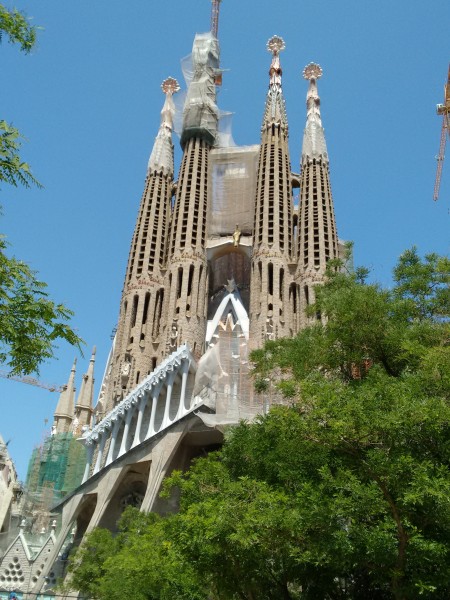 I think I first heard about the basilica on a 60-Minutes segment and it definitely caught my attention.  After all, it’s been under construction for 132 years! There was something so intriguing about it, I just knew we needed to see it and walk in Gaudi’s path.

The Genius of Gaudi

There are not enough descriptive words in the English language to describe La Sagrada, it’s pretty much one of those ya gotta see it to believe it kind of places, so I’m a bit hard pressed to describe the experience.  The sheer enormity of the building boggles the imagination and of course the genius of Gaudi goes without saying.

A man of devout faith, he designed the interior of the basilica to resemble a forest where light shines through the tree tops; a forest where one can be closer to his/her God and nature.  For me, it was simply to be there.  To see this magnificent – albeit somewhat over the top – place of peace and spirituality. 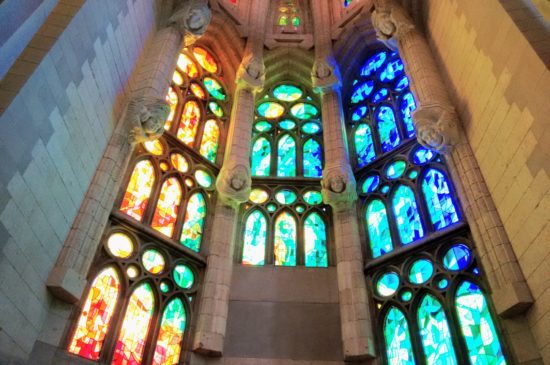 The Essence of Catholic Faith

It’s hard to take it all in.  As I understand it, Gaudi pretty much depicts the essence of the Catholic faith in his vision. The details are amazing, you could stand for hours and not see it all.  We were there for 2 1/2 hours, trying to make the most of our visit.

I can’t even begin to understand the engineering dynamics of building such a structure, but it was fascinating to learn Gaudi built the trunks and branches of trees to support the weight – rather than buttresses which are seen so often in cathedrals. Also, he chose a particular stone from Iran – reddish in color – to use for the pillars (trees) which support the most weight because of the strength of the stone. 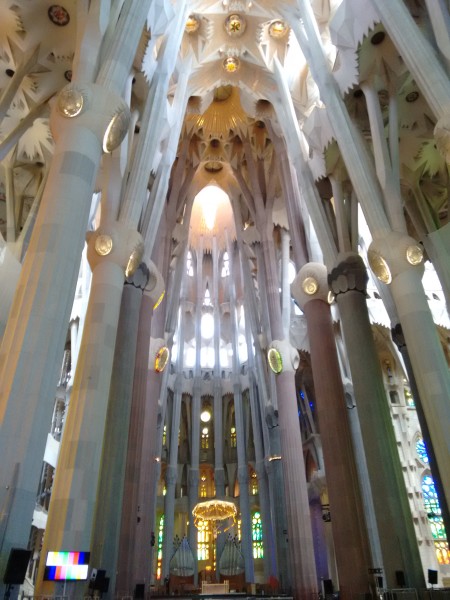 Since I really can’t find the words and pictures just don’t do it justice, I’ll offer some helpful tips just in case you one day find yourself at this ya gotta see it to believe it basilica.  Truly, there is no other place like it and the memory will stay with me. 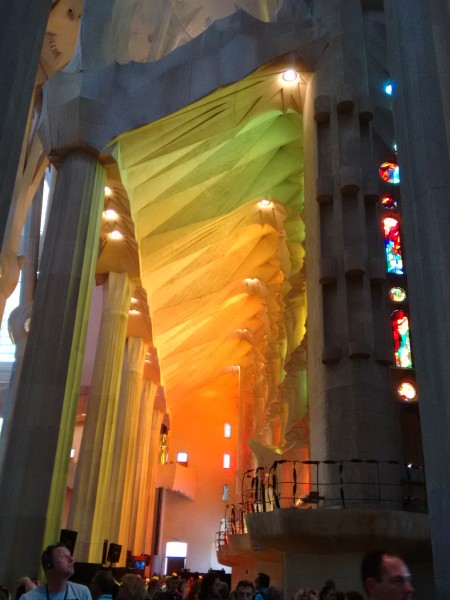 Natural light glowing through the stained glass.  The choir loft is above this ceiling.  If you’re afraid of heights singing in the choir would be a tough gig.  Eventually, there will be 4 organs in the basilica.

How to Visit La Sagrada 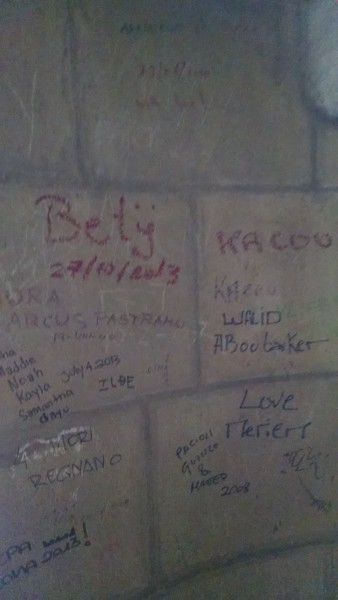 What is wrong with people?

Visiting La Sagrada was the #1 reason why we went to Barcelona, but it’s a city with a lot going on.  We had just 2 1/2 days to get a feel for the city and we liked it.  We strolled through the Gracia neighborhood and we took a long walk along the waterfront and made our way back at the edge of the surf.  Turns out, Barcelona is clothing optional when it comes to beach wear and we stumbled our way across an all male full monty stretch of beach. No, no pictures. 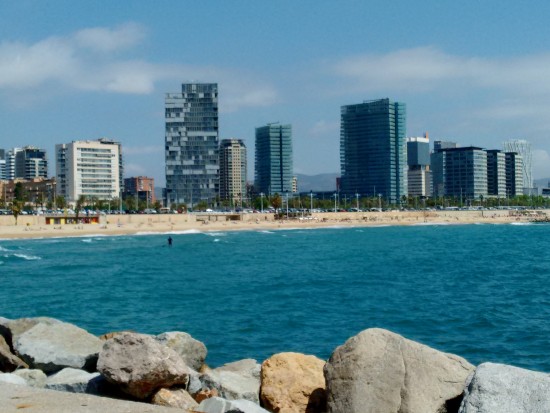 If you’ve read this far I would encourage you to scroll back up and watch the short 60-Minutes clip, it really is quite interesting and you’ll get a better scope of the size of the basilica.  And if you find yourself in Barcelona, do not miss the opportunity to visit La Sagrada.  It’s truly special. 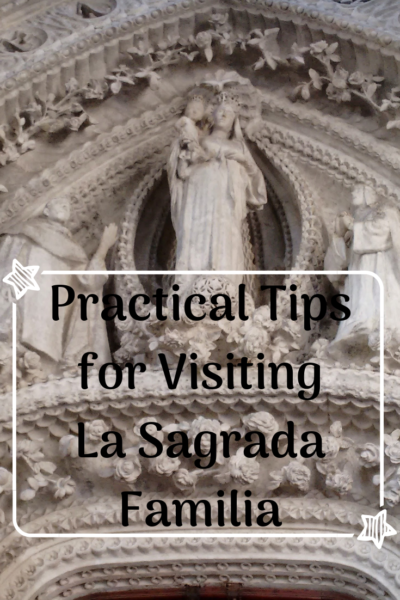 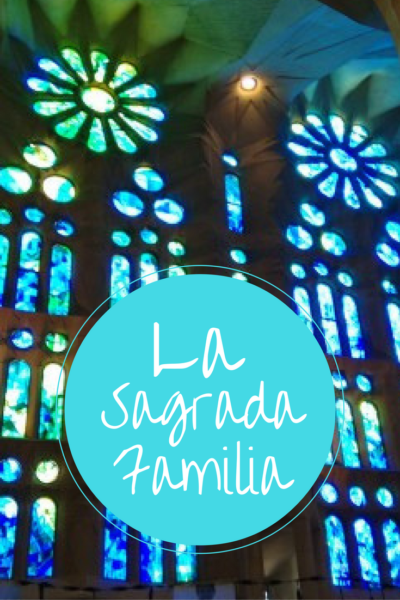