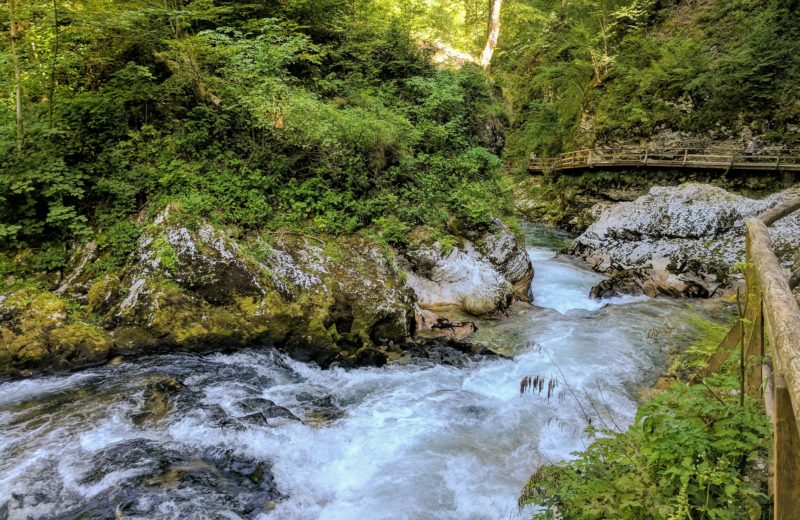 As we pulled away from the parking lot at Vintgar Gorge, the shuttle van driver asked, “How was the gorge?” “Crowded!” I responded, “But beautiful.”  He went on to explain that three years ago nobody cared about the gorge, and now, everyone wants to see it and he can’t figure out why.

I suspect as Ljubljana becomes more and more popular as a tourist destination, the day-trip visitors to Vintgar Gorge will grow exponentially.  Right up front, my advice for anyone interested in visiting the gorge would be to do so in the spring or fall.  I would not go so far as to say don’t go in the summer, if that’s the only time you can go.

I would say that if you’re going to go in the summer be there at 7:00 a.m. when the gate opens.  Otherwise, the peaceful beautiful trek through the gorge you’re thinking of, may look a little like this. 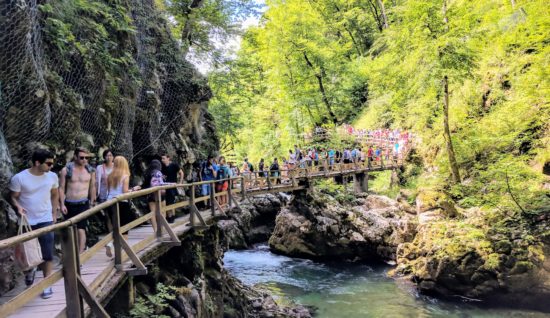 What we thought would be a relaxing trek through the gorge.

We took the bus from Ljubljana to Bled, Slovenia, which in actuality is only maybe a 45-minute drive from Ljubljana but because of the two-lane roads that amble up the mountain to the town of Bled, it took about 75 minutes to reach the bus station.  From the station we hopped on the shuttle to the gorge.

The line to purchase tickets can be daunting, but it actually moves fairly quickly because it’s a cash only sale.  We discovered there is a second window inside the little building.  That’s a hint for those of you who may be deterred by the length of the line. 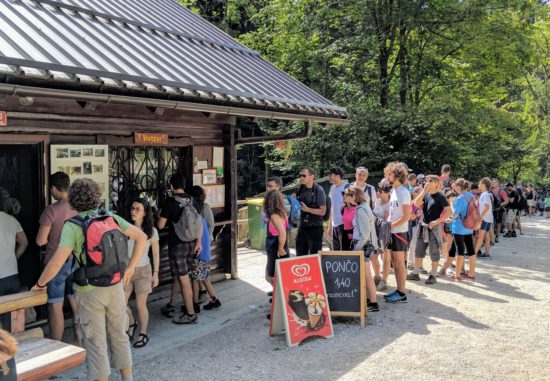 Tickets in hand and with eager anticipation we headed down the trail and got our first glimpse of the river and gorge.  Beautiful, no doubt about it.  We got maybe 50 feet before we saw just how not relaxing this trek was going to be.  So, we each took a deep breath, found our zen place and on we went because we were in freakin Slovenia and we weren’t going to miss out.

The only real issue was the walkways.  They are narrow most of the way, sometimes as narrow as maybe just 12 inches wide and visitors have to come and go on the same path way.  It’s nearly impossible at times which creates traffic jams until someone steps up and moves forward.  And sometimes, we were literally pressed up against the granite walls of the gorge in an attempt to either pass or let someone pass. 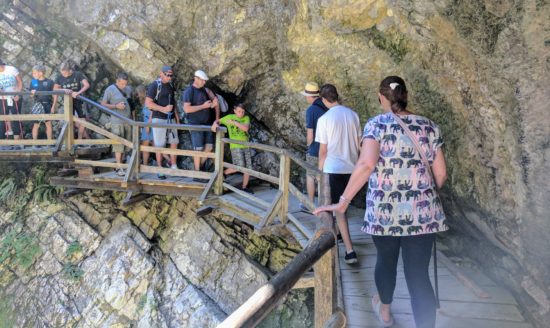 Pressed up against the granite wall of the gorge.

Okay, wait.  There are other issues. It’s only natural that people want to stop and take photos.  Not surprisingly, they want to pose for said photos while they create yet another traffic jam in anticipation of getting that perfect shot.  No one really knows what they’re headed in to as they enter the gorge, so the full scale back packs, baby carry packs, walking sticks, coolers, lunch packs, etc., are not only not necessary, they all just add to the congestion.

I can’t tell you how many times I got side-swiped by a backpack when someone turned without thinking.  We were shocked to see a couple with a baby stroller and we found it hard to believe the ranger at the entrance allowed such a thing because there is simply no way anyone can push a stroller, which is why they were carrying it.  It was crazy! 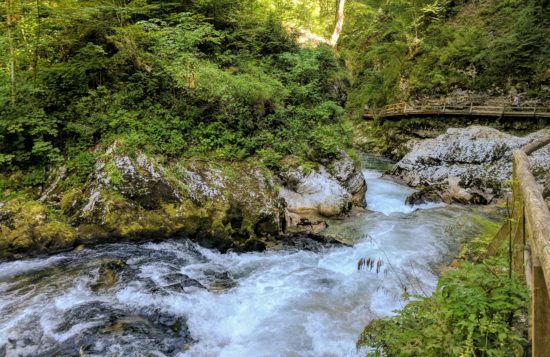 This post sounds cranky, right?  Truthfully, I had a moment in the beginning when I thought, “Oh hell no, let’s just scrap this idea!”  But, really, the gorge is stunning and I’m glad we went.  I’m just keeping it real with this post because not all travel experiences top the charts.

The night before we went I read a blog post about Vintgar Gorge and I had to laugh as I then read it aloud to Abi because I swear it could have been written by yours truly.  It was all about the lack of regard for personal space and people stopping to take that perfect photo with 30 – 40 people lined up waiting for them to snap the damn picture.  I knew exactly how that blogger felt because I’m writing pretty much the same post.

Vintgar Gorge is inside Triglav National Park, which is why – as explained by our shuttle driver – it is unlikely the walkways will ever be expanded.  Hopefully, though, as the numbers of visitors to the gorge continue to grow, the park service will find a better way to host said visitors.  Maybe a timed entry?

With all of that being said and with all of the bumps and scrapes and having been smushed into the side of a granite cliff, I’m still grateful.  As we found our zen place at the beginning of the trail we told each other it was a once-in-a-lifetime experience, so let’s go for it.  And, we did! 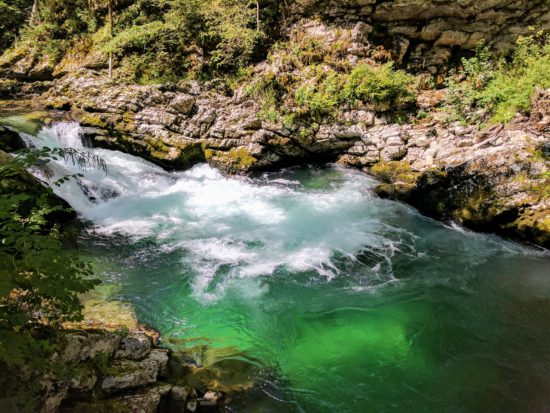 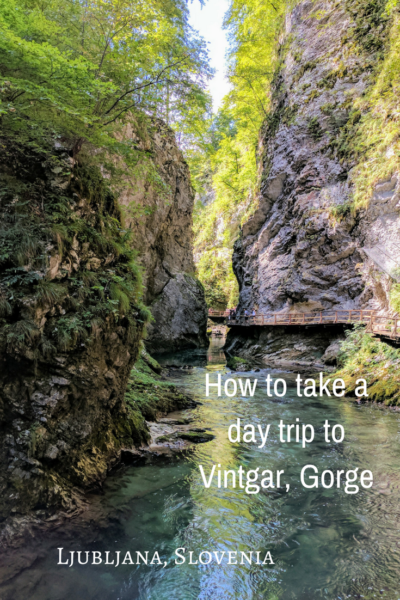 How to Spend Ten Lazy Days in Malaga
Share: