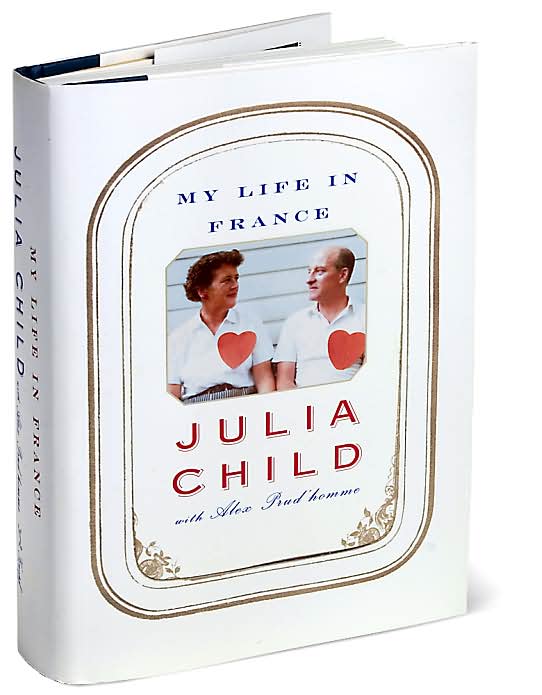 Ah… Julia, I admire you even more now that I’ve read your book, My Life in France. This book had me from the get go and even though I found it to be a little disjointed in places, I understand the reason for it because these were Julia’s words as told to her husband, Paul’s, grandnephew, Alex Prud’homme.

A Series of Conversations

Over the course of the last 8 months of her life Alex and Julia met for a series of conversations at her home in California and as one reads the pages you feel as if you were right there enjoying a glass of wine; deliciously eavesdropping on the conversation.  The book was edited and published by Alex in 2006, after Julia’s death in 2004.

Julia’s “My Life in France”

If you remember I wrote a review of the movie, Julie and Julia in which I professed my renewed love of Julia Child, as well as talked about the movie; and I touched a little bit upon the scene in which Julie (played adorably by Amy Adams) is distraught to learn that Julia didn’t like her blog project.  You can read my review here.  After reading, My Life in France, I now understand why Julia apparently said she felt as if the blog project was a stunt; that Julie Powell didn’t have a genuine appreciation and/or love of the food.  And with hat’s off to Julie’s creativity, it was actually (in my opinion) for all intents and purposes just that, a stunt, because it accomplished what she was looking for – to achieve recognition and to get published.

Mastering the Art of French Cooking

As I turned the pages of Julia’s story I began to understand what food meant to Julia and if I was Julia I probably would not have liked Julie’s blog either.  From the day she first started cooking classes at Le Cordon Bleu, Julia’s life changed forever.  She dedicated her life to not only learning how to cook but also to developing a deeply rich understanding of food and how to bring ingredients together.

She spent hours, upon days, upon weeks, upon months, upon years (and years) testing and retesting every single recipe that went into Mastering the Art of French Cooking. Along with her partner, Simone Beck, Julia’s first draft given to her publishers was 700 pages of just soup and poultry recipes.  Imagine?!   The partnership with Simone lasted through the publication of the 2nd volume of their cookbook, but afterward Julia ended the collaboration, although she held Simone in her heart for life. 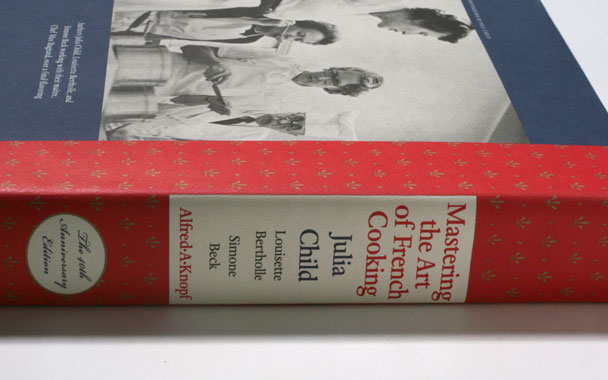 Julia’s other great passion was the relationship with her husband, Paul.  Ten years older than Julia (she was 34 when they married) they had a love affair that lasted a lifetime and took them all over the world as Paul’s work was with the U.S. government.

In reading the book, My Life in France, I came to fully understand how involved Paul was with Julia’s work, and I think it is a testament to his unfailing dedication to her that his behind-the-scenes work was apparently not that well known.  He was with her every step of the way.  He took photographs of Julia’s hands working with the food, from which an artist would draw the sketches for the cookbook, he set the stage lighting for her television shows, he did the dishes, whatever was needed – Paul was there. 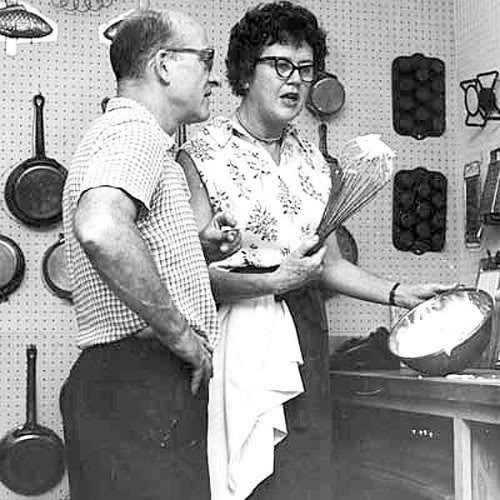 Julia’s love of France – her spiritual homeland – was the other passion in her life. She and Paul spent their early years together in Paris and then later on built a home near Marseillaise.  Over the course of their marriage they divided their time between France and the U.S. Their home in France was a sanctuary for them, a place where they could relax, entertain family and friends, and avoid the notoriety of Julia’s fame.

Julia and Paul loved their home but after 39 years she closed it when Paul (who had suffered a series of strokes) could no longer make the journey.  Not seeing herself as particularly sentimental, Julia explained she was able to say good-bye to her beloved French home because she was so filled with loving memories, it wasn’t sad for her to leave.

It may surprise you to learn that I do not own a copy of Mastering the Art of French Cooking and it’s pretty safe to say I never will.  Not that I don’t think it would be amazing, but my fascination with Julia is more about the extraordinary life she led.  And, truth be told I am not a patient enough cook to work through pages of instructions.  Well, I’m not particularly patient about anything – sigh – but when I cook I tend to just get in there and cook.  Now, with that being said, if I ever came across a signed (by Julia) copy of Mastering, I’d be all over that puppy.

Next up for me is As Always, Julia – a collection of personal letters between Julia and her friend and confidante, Avis DeVoto.  If, like me, you are fascinated with Julia, there is an excellent documentary filmed by A&E Biography, that offers a glimpse into Julia’s life before and after she became Julia Child.  Did you know that during WWII she was turned down by all four branches of the military because she was too tall?  Instead, she worked for the OSS in India and China.  Seriously, this woman led a life and a half!  Bon Appetite! 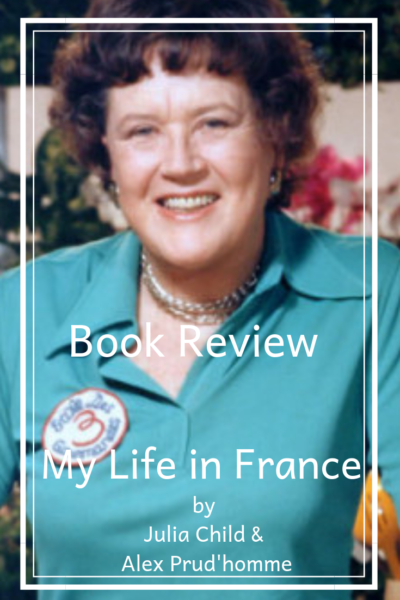