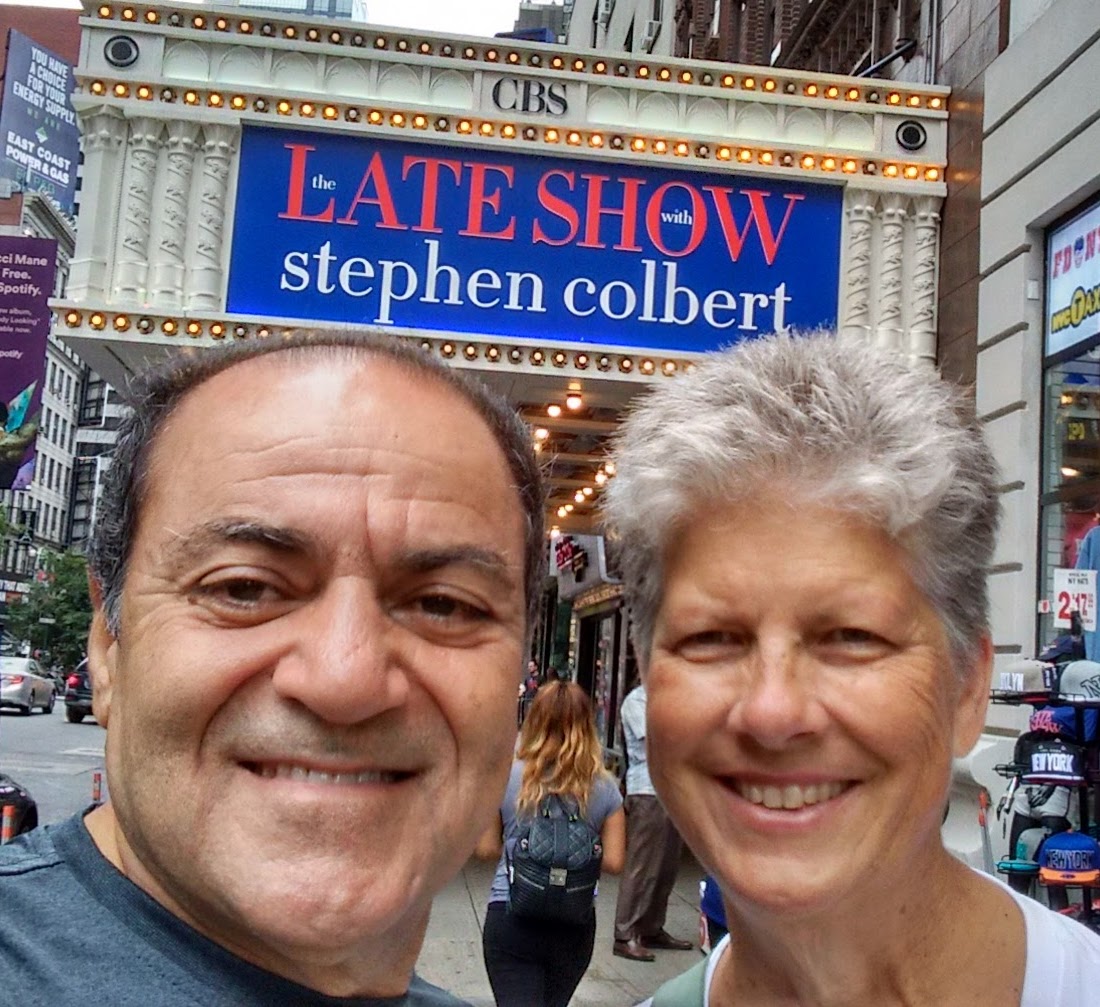 Here’s the story of how we saw a live taping of The Late Show With Stephen Colbert and how you can do the same. Aside from being a part of the live show, just being in the Ed Sullivan Theater is priceless. Ed Sullivan introduced the Beatles to America on February 9, 1964 and Elvis on September 9, 1956 – those were historic moments in entertainment. And then it was David Letterman’s roost for all of those years.  One theater; if those walls could talk.

Tickets for The Late Show

First up, you need to get tickets to get tickets.  Makes no sense, right?  Well, here’s how it works. I checked the website every day for the particular date we wanted to attend.  Once the date became available I ordered 2 tickets. If you grab your tickets early enough, you’ll receive priority rather than general.  This will be beneficial on the day of taping.

Our tickets to stand in line to get tickets.

There’s a lot of standing in line.  You can’t avoid it.  There just is.  It clearly states on the website that the crew will start to distribute tickets at 2:00 p.m.  And, you can certainly arrive at the theater just before 2:00 in preference to standing in line for a really long time.  But, if you’re like us, you want the best seats you can possibly score so you’ll get in line at 12:00, like we did.  And, there we stood for 2 solid hours.  It was painful.  But, at the same time we were surrounded by good happy people so there was a lot of camaraderie and shared pain. 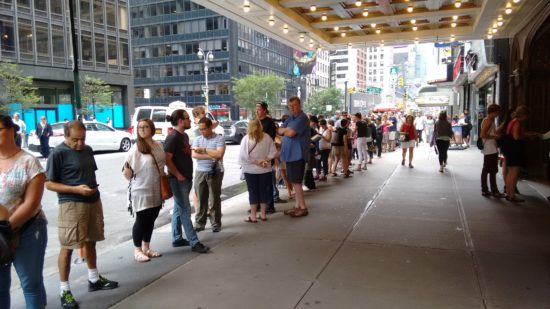 At the magic hour of 2:00 p.m. a few crew members from the show will come out and make several announcements.  First, they’ll tell everyone to move as close to the curb as possible to clear the walkway.  Then, they’ll start dividing the long line into groups.  This is where the priority versus general comes in to play.  Three lines.  Stand-by, priority and general.  While the priority and general folks continue to stand in line, those waiting stand-by (they have no tickets to get tickets) give their names and are given a time to return and take a chance on getting in.  Standing in line from 12:00 to 2:00 paid off because we scored numbers 3 and 4! 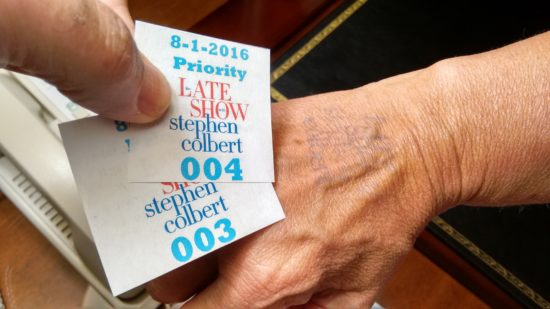 Worth the 2-hour wait!

Go Away and Come Back

Once you have your tickets and a hand stamp, you’re given a time to return.  We had about 1 1/2 hours to check in to our hotel, put our feet up for a few minutes and then scarf down a slice on our walk back to the theater.  Once there, guess what? Stand in line again for about another hour.  This time though, inside the lobby of the theater.  Finally, when we thought we couldn’t stand in line a moment longer, they opened the doors and in we went and that’s when #3 and #4 were seated front row center! 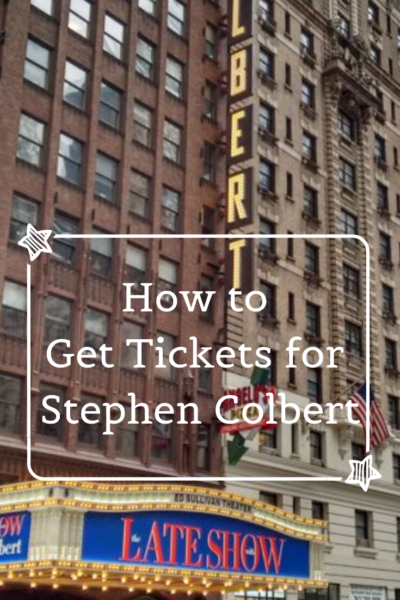 Remember the old jokes from the Letterman Show about how cold the theater was?  No joke.  It’s freezing!  Bring a sweater. The theater itself is beautiful and when you think about the history, it’s well-worth standing in line to be in that theater at that moment.  Unfortunately, I have no photos to share because they pretty much threaten you within an inch of your life when it comes to cell phones and cameras.  So much so that if someone even takes their cell phone out to look at the time, you’ll be asked to leave the theater.

The actual live taping goes a little like this:

We consider ourselves fortunate that Stephen’s guests were Viola Davis and Simon Helberg, both great personalities.  I’m a huge fan of Big Bang Theory so I loved that Simon was the guest.  It turns out Simon is an accomplished pianist and he played a duet with Jon Batiste.  Television viewers only saw a snippet, but those of us in the audience saw the full duet and it was outrageous!

So, if you find yourself in New York City, I might suggest dedicating the better part of a day to be an audience member at a live taping of The Late Show With Stephen Colbert.  It’s all kinds of fun, and did I forget to mention the tickets are free?! 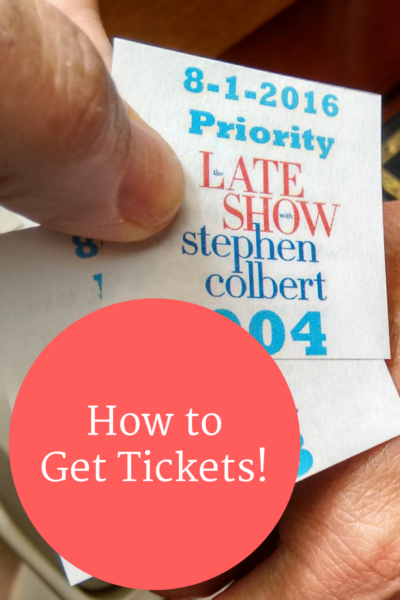 The Court of Table Etiquette ~