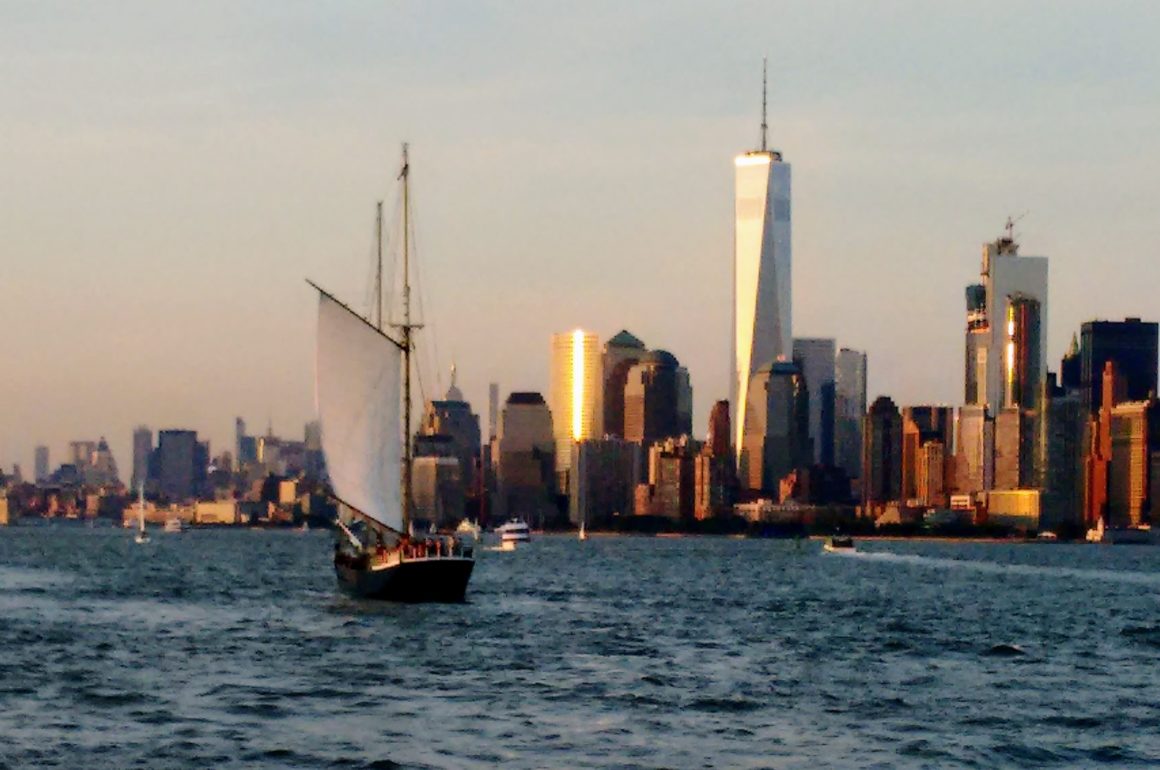 It’s been 15 years since we last found ourselves in New York City; I think we’re a bit over due. So, we’re making up for lost time and we’re heading to New York in just a week from now.  Road Trip! Although, now that I think about it, is it actually a road trip if one rides the bus?  Does a road trip only equate to driving a car on said road?

The last time we visited the big apple it was the summer of 2001 and we were in a completely different state of mind. Yes, we were traveling and we played tourist which was great fun but primarily we were college shopping with our son. That in itself was a fascinating experience. We would not have missed it for the world, but we were equally glad we did not have to enjoy that experience more than once.

While on that trip, we spent time exploring the World Trade Center.  Abi and our son went up and up and up to the observation deck, while l explored the underground mall.  We were there just 6 weeks prior to 9/11; a thought that has never been lost on me. But for timing… Visiting the Memorial is a must see for us on this our return trip to New York. 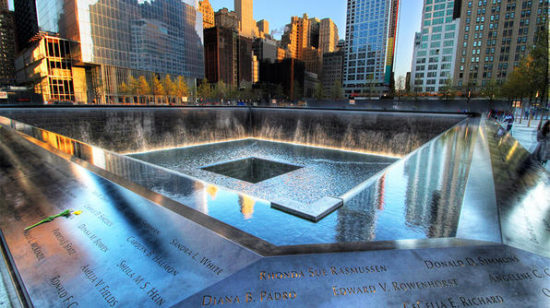 Opting to Take the Bus

Because parking in New York is overly expensive and because quite frankly, we just don’t want to deal with having a car in the city, we are instead opting to take the bus.  It will be an adventure, right?  And, because we are taking the bus, we’re packing super lite.  We always travel lite but we’re testing ourselves on this trip… how lite can we go? We’re talking 1 backpack each.  Not our big walking across Spain trekking packs, just our regular go-to-school backpacks.  There’s another reason for the lite packing as well, aside from not wanting to check bags on the bus, which is…

We’ve been invited by the Library Hotel Collection to be Writer’s in Residence while in New York. Imagine me, a writer in residence. I love the sound of it. And, because we’ll be staying in a different hotel each night of our stay, packing extra lite will be the key to success on this big apple romp.

But back to the bus.  When we traveled to Prague last year, we couldn’t get a connecting train from Nuremberg to Prague, so we took the bus.  I quickly dubbed it the party bus because it was equipped with a bathroom, vending machines, reclining seats, WiFi and power plugs.  It was quite comfortable and we’re hoping for the same on our upcoming bus adventure.

We thought about taking the train, but it was double the cost of two bus tickets and we’d have to travel for more than an hour just to get to the train.  So, for $128 for two round-trip bus tickets from our home town to New York, we’re taking the bus. 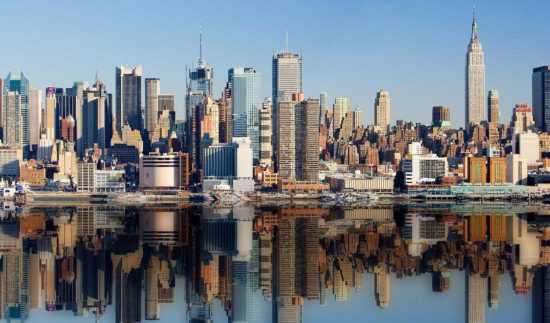 So Much to See and Do!

I don’t know how much fun we can cram in to 4 1/2 days and 5 nights, but we plan to make full use of our New York CityPASS tickets, but there are so many options to choose from.  What to do? Lady Liberty, Top of the Rock, the Intrepid, the Guggenheim, the Metropolitan Museum of Art or maybe a sightseeing cruise, and of course The 9/11 Memorial.  What do you suggest we put at the top of our list?

An Evening with Stephen Colbert

Stephen Colbert is on the itinerary as well.  I’ve been patiently watching his website waiting for our chosen night to open up and Bingo! we got it.  Two tickets to stand in line to hopefully get seats for a taping of The Late Show with Stephen Colbert.  Tickets are free, did you know that? 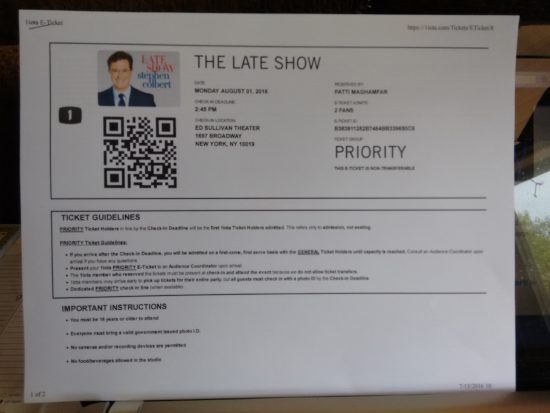 Our receipt for our place in line to hopefully, secure seats to the taping.

If that wasn’t enough, we definitely plan to visit the Neue Galerie as we were completely inspired to see the actual Woman in Gold after seeing the movie, “The Woman in Gold,” starring Helen Mirren.  A fascinating true story. Have you seen it?  I highly recommend it.

So, yes, we’re off to New York in just a few short days and even though the forecast is predicting high temps and thunderstorms (that happens daily around here) we’re definitely in a New York State of Mind.

We were media guests of CityPASS, The Library Hotel Collection and the Neue Galeri. 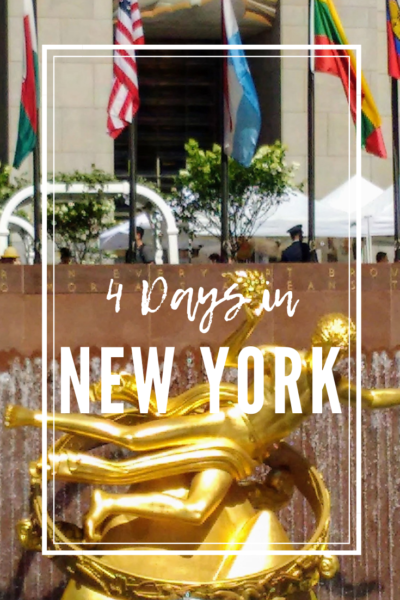