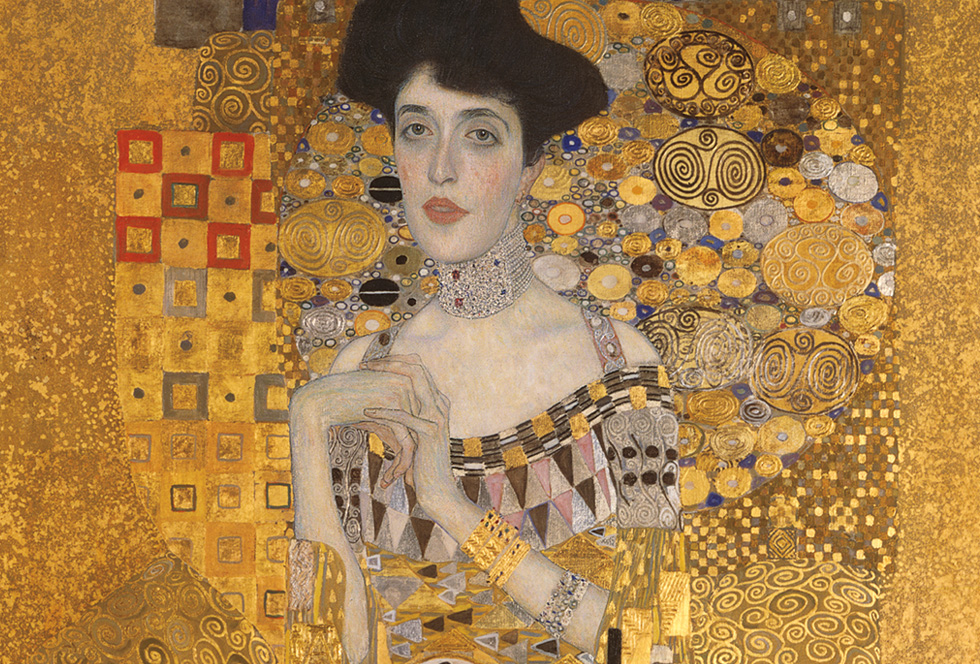 The house itself has a story to tell; if only walls could talk.  The townhouse, completed in 1914, at 1048 5th Avenue, was originally built for William Starr Miller.  It is a work of art in it’s own right and once thought to be one of the most prominent buildings on 5th Avenue.  Mrs. Cornelius Vanderbilt III also lived in the stately manor for a number of years after the passing of her husband forced her to leave their 5th Avenue mansion.

The house was purchased, in 1994, by Ronald S. Lauder (as in Estee Lauder) and Serge Sabarsky. After being restored to its original glory, the house became the home of the Neue Galerie New York and The Woman in Gold.  Oh yes, there are stories to be told. 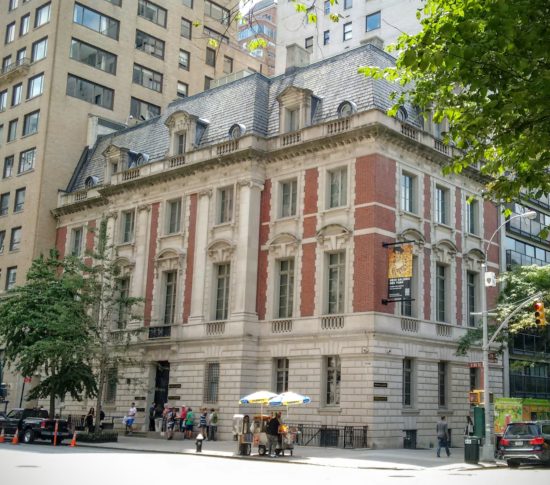 The Woman in Gold

Sometimes when one visits a gallery, or museum, one looks at the various pieces of art, admires the work and perhaps reads the description placard before moving on.  On occasion though, there is a particular piece that stands out from all the rest.  It’s as if it is beckoning the viewer to discover the secrets held within the frame.  This, I believe, is the case with the portrait of Adele Blach-Bauer.  There is a fascinating true story, within her frame, which was revealed in the film, “Woman in Gold.”

The portrait of Adele Blach-Bauer, also known as The Woman in Gold, or The Lady in Gold, fell victim to one of the greatest art heists in the 20th century. Stolen by the Nazi’s the portrait hung in the Belvedere Palace in Austria for 68 years before the portrait and four other paintings by Gustav Klimt were returned to the rightful heir – Adele’s niece – Maria Altmann. 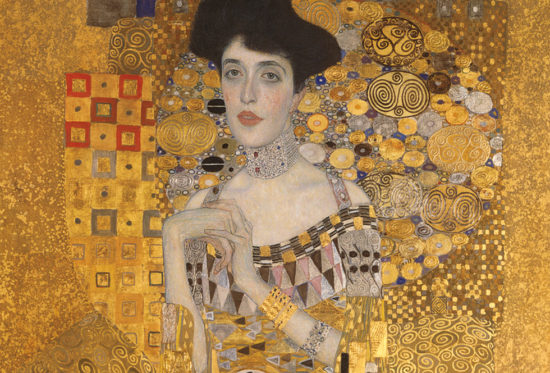 Just a few weeks before we were set to leave on our road trip to New York, we happened to watch the film, “Woman in Gold” starring Helen Mirren. I have to admit we had never heard of this work of art.  By the end of the film we knew we had to visit the gallery while in New York. The story was that compelling.

Albeit somewhat small, the Neue Galerie is all kinds of fabulous. From the historical aspect of the house itself, to the stunning works of art on display.  The Woman in Gold is on permanent display.  It was purchased by Ronald Lauder for the staggering sum of $135 million.  The story of the portrait is printed on a placard in the gallery.  Having seen the film just weeks before made our visit to the gallery all the more special.  I found myself sitting on a bench just staring at the portrait, genuinely trying to take it all in. When someone gave up their view from the bench, I repositioned myself to study Adele further, from a different perspective.

If you have not yet seen the film, “Woman in Gold” and would like to learn more, this is a very good documentary that details the back story.  Get yourself a cup of tea, sit back and watch the story unfold. It’s a valuable lesson in history, tenacity, family, faith, and of course, art.

Photography is not allowed in the gallery so you’ll just have to trust me when I tell you it is well-worth your time to visit the Neue Galerie should you find yourself on 5th Avenue.  And, really, who doesn’t want to find themselves on 5th Avenue? 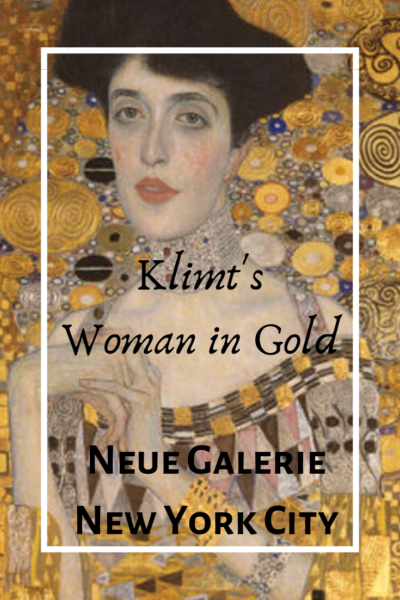