We’ve just hiked our way to the top of a plateau known as Upper Table Rock and the view is breathtaking!  It’s so quiet I can hear my heart pounding as it settles back into a normal rhythm after our ascent.  The dark gray rain-filled clouds are hovering and ready to burst.  The air is cool while the birds soar in silent flight.

On Top of the World

Off in the distance we can hear the forlorn sound of a train whistle and the picturesque patchwork views of the pear orchards, in the valley below, hold our focus.  For two years we’ve been talking about making this hike and we finally found ourselves on what seemed to be the top of the world. 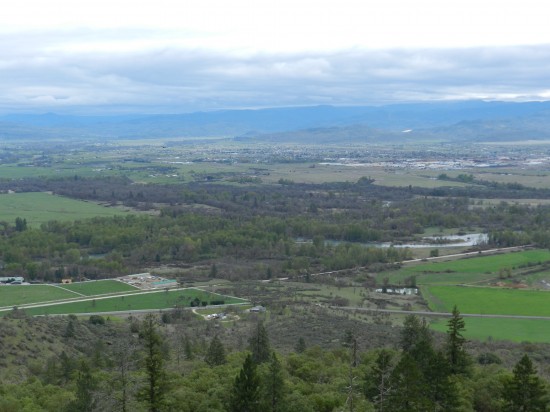 The view of the surrounding Rogue Valley 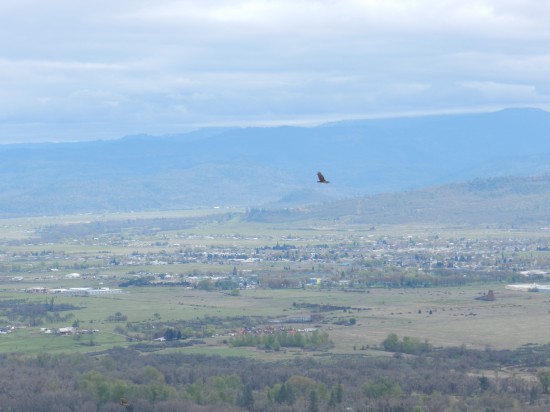 It took us about 45 minutes to make the ascent to Upper Table Rock.  With a well-maintained trail and an elevation climb of 720′ it is not a strenuous climb, but I felt embarrassingly sloggish when an “older” couple jogged right passed us. 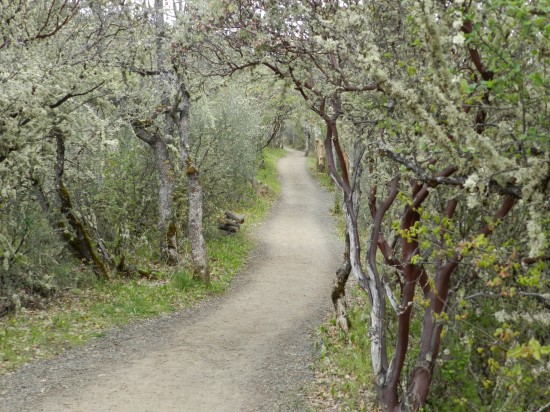 Such a great trail

The plateaus known as Lower and Upper Table Rocks once provided sanctuary to the Takelma Indians.  In the spring the wildflowers are glorious and it’s the best time to make the hike.  During the summer months the heat of the day would be brutal as it can reach temperatures well into the high 90’s. 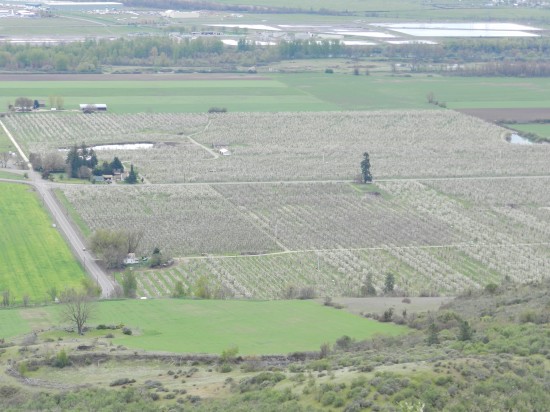 A patchwork of pear blossoms 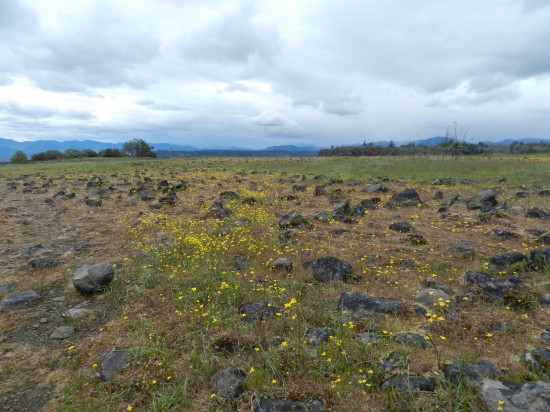 Wildflowers and the rocky terrain of the plateau 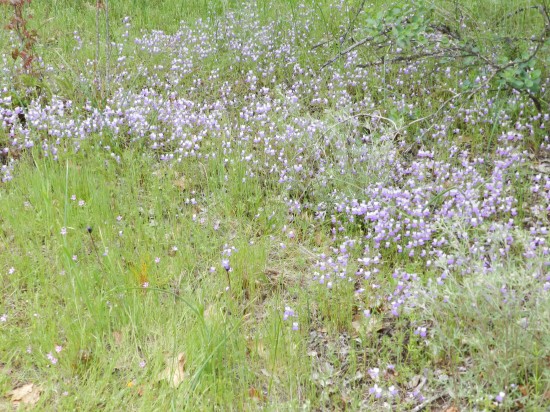 A patch of wildflowers

Once we reached the plateau we began to follow the rim trail, taking in the views from different perspectives.  While watching the changing views we also had to pay attention to where we were walking as the terrain was very rugged and twisting an ankle was not an option! 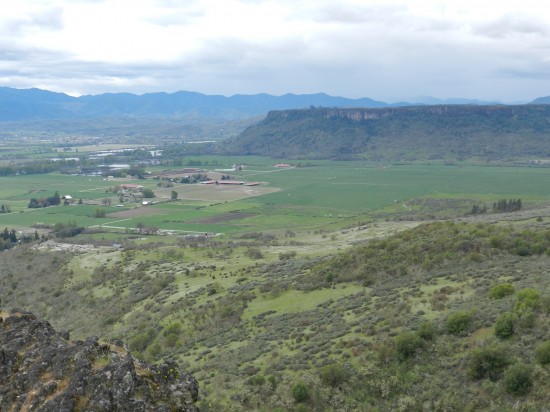 Looking across the valley toward Lower Table Rock

A Race Against the Rain

We pushed our luck a little too long and lost our race against the rain.  The area around the trail though is thick with overhead growth so we were able to quickly make our way back down without getting drenched. 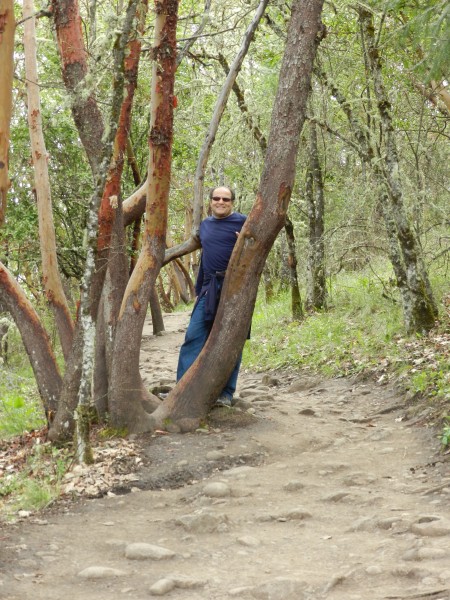 Heading back down the trail dodging rain

Upper Table Rock is the first stop in our series of southern Oregon highlights.  Stay tuned!