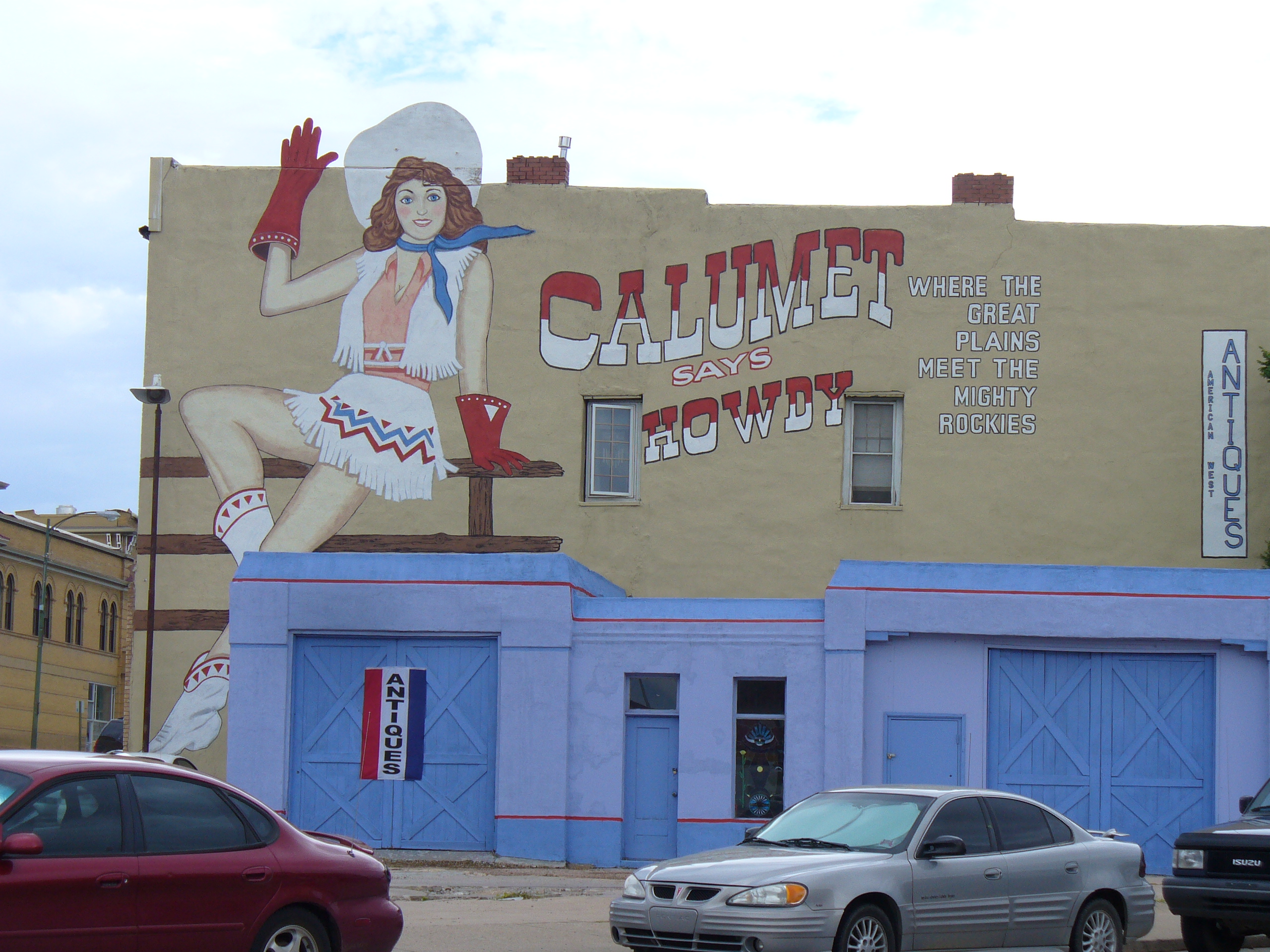 At this point in our trip we had planned to drive the old Santa Fe Loop, which is the section of Route 66 that was used between the years of 1926 and 1937 and it turned out to be an awesome drive.  After this period, Route 66 was constructed near the current interstate.

The route heads north and then south west and climbs to an elevation of 7,500 ft.

There aren’t as many towns along the way but the views were wonderful.  As luck would have it; it was a bit drizzly, gray and cloudy in some areas which provided a scenic background for several amazing strikes of lightening. 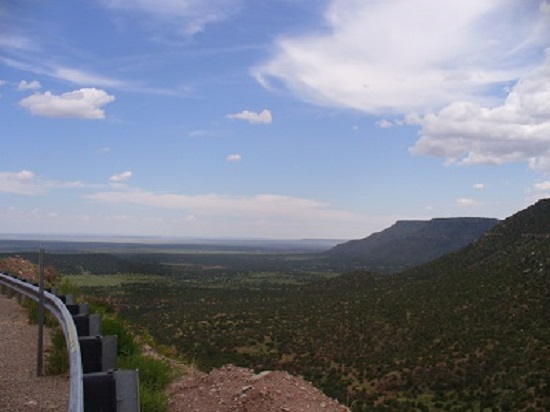 Looking back as we climb higher 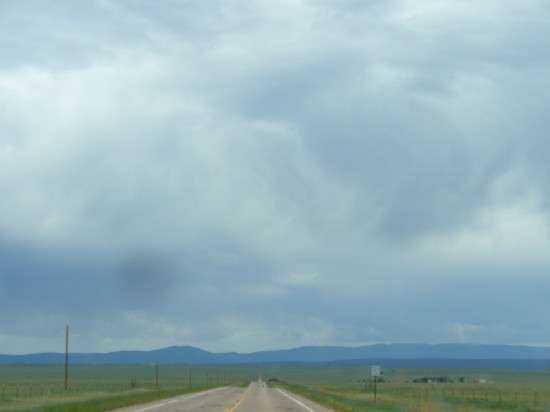 We drove through Las Vegas, NM (who knew?) which was a fairly good-sized town, pretty much in the middle of absolutely no where. 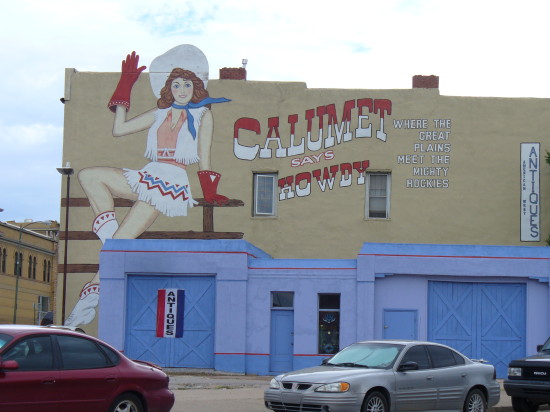 In Las Vegas, NM we found this mural:  “The original sign from the 1980’s movie Red Dawn depicting the fake town of Calumet, Colorado still resides in this town. Much of the town still looks exactly the same as when the movie was filmed. It is a must stop for those who grew up in the ’80s and feared those scary Russians!”   RoadsideAmerica.com

Further on we came to San Jose, NM, which was for the most part deserted.  Interestingly though, we could see that the entire village had been built to encircle the church.  I shouldn’t describe it as deserted, but rather populated by few very people. 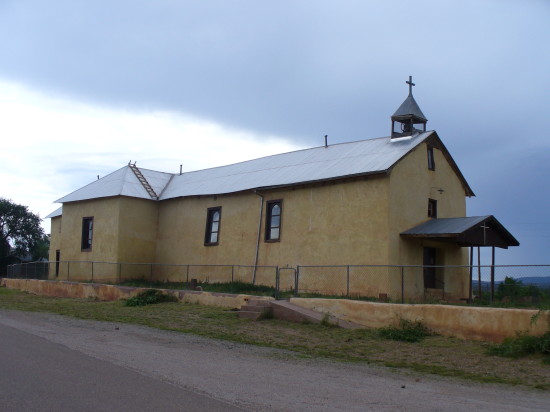 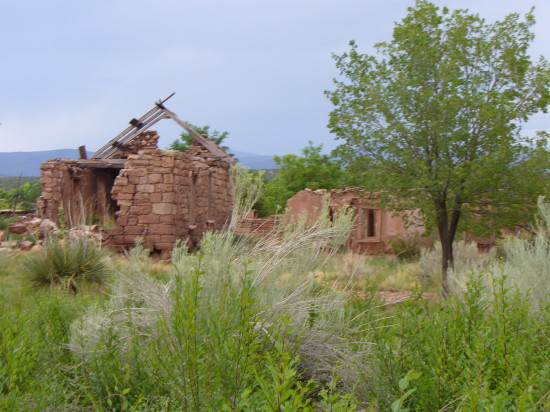 Past the little village there was an abandoned steal truss bridge that crossed a serene little river.  We stopped for a bit and walked out to the bridge and tried to capture the lost era of this place that once was. 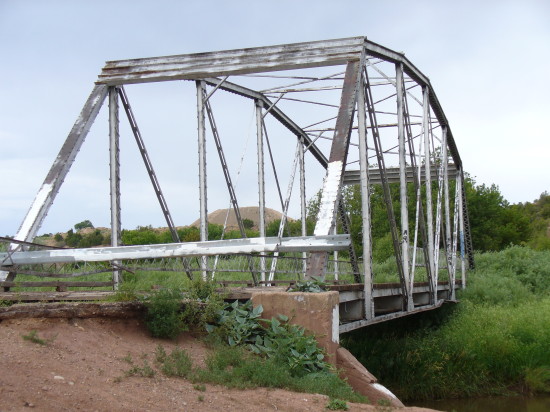 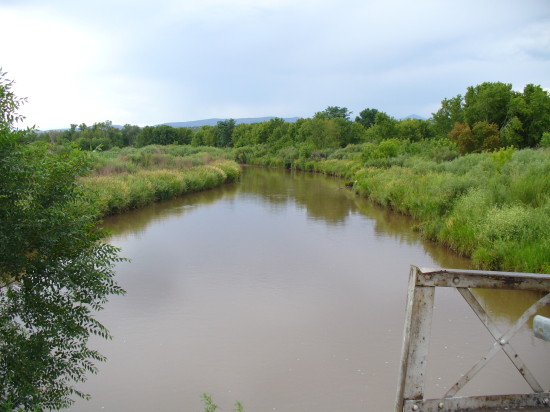 Taking the Santa Fe Loop was a great choice for making our way toward Santa Fe.  Someday we hope to return and drive the other section of the route that we bypassed by driving the loop.  We pushed on and arrived in Santa Fe, NM right around 5:00 p.m.  Our mission for staying in Santa Fe was twofold;  #1 because it’s on the route and we’ve always wanted to tour the region and, #2 because we were on a scouting trip for a future vacation with friends, but that’s another story.  Up next, Santa Fe! 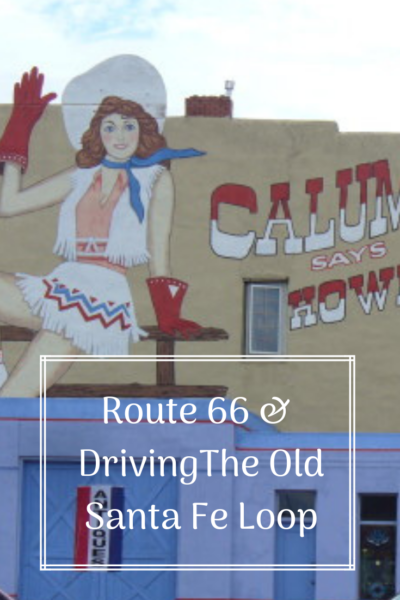