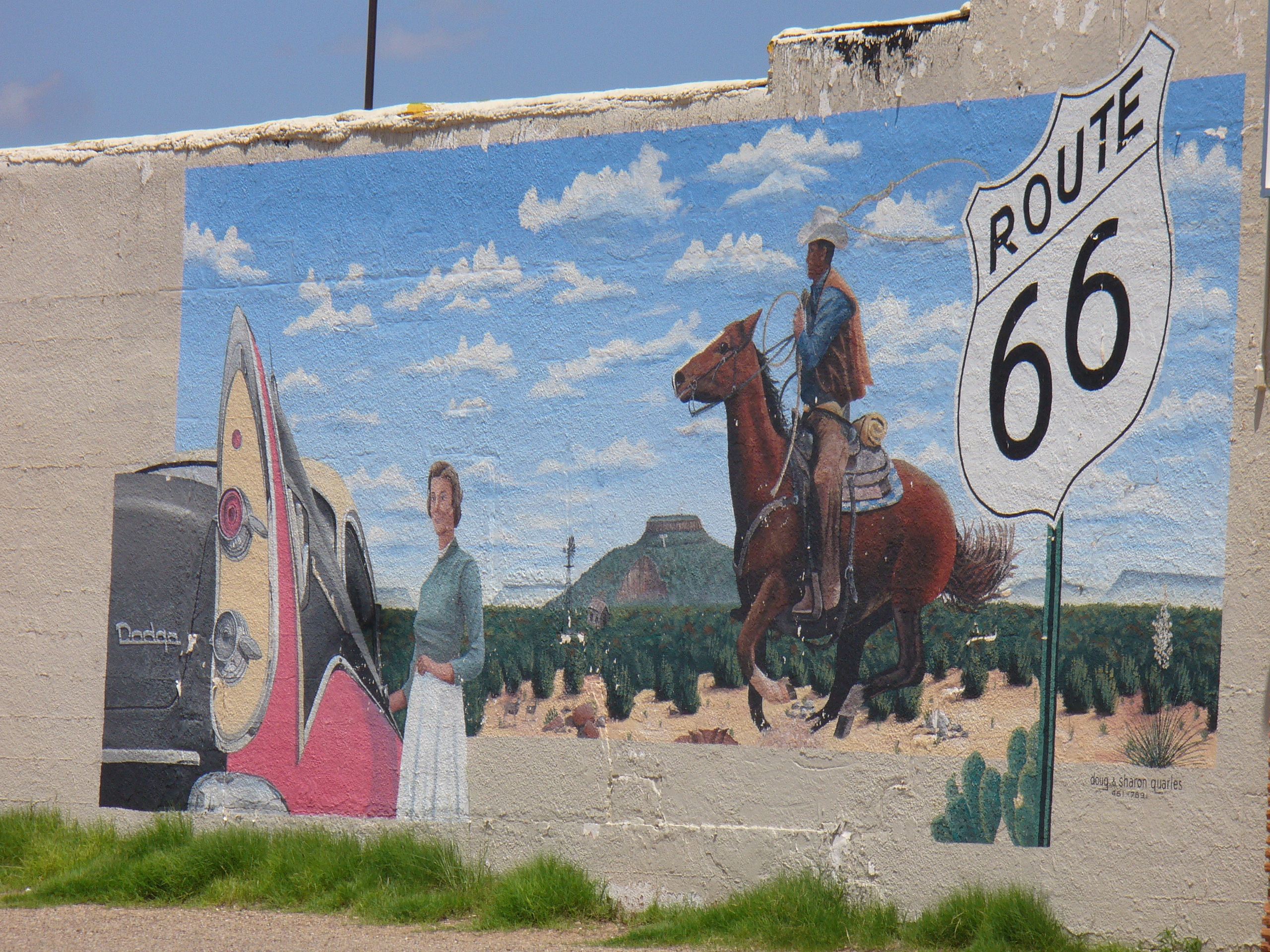 As we entered Tucumcari, New Mexico, we knew it was going to be one of those places where we wished we had more time so we could stay a day or two.  I’m looking forward to retracing our drive one day so we can plan accordingly based on the unexpected discoveries of this trip. 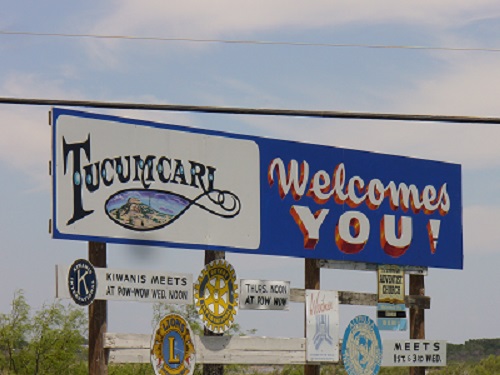 A lot of local volunteer groups going on in Tucumcari

It’s not as if there was a whole lot going on in Tucumcari but there was just something about the nostalgic vibe of the town that captured our imaginations.  The town really seemed to depict the 40’s and 50’s as there were many small classic motels and restaurants still operating.  And the neon signage was some of the best we’ve seen. Being a lover of all things retro, it would be worth spending the night (or two) just to be able to see the signs light up the night. 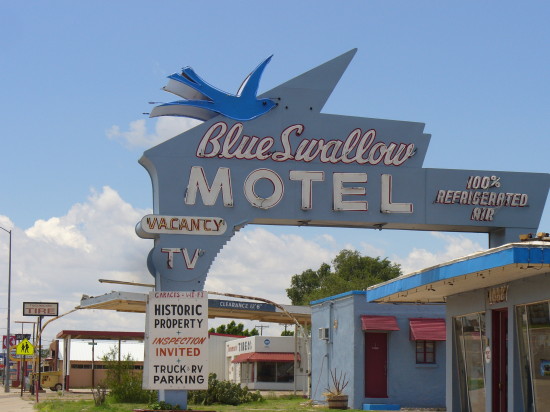 The Blue Swallow Motel – where they offer 100% “refrigerated” air

Lunch With the Locals

Referring to our handy dandy – Route 66 guidebook – we had lunch with the locals at Del’s Restaurant.  Looking at a vast menu we couldn’t figure out what to have when we noticed most of the people were ordering Mexican food so we went with the crowd.  I don’t know if it was the vibe of the town, or the great mood we were in, or the food was just that good, but by far it was probably one of best Mexican meals we’ve ever had. 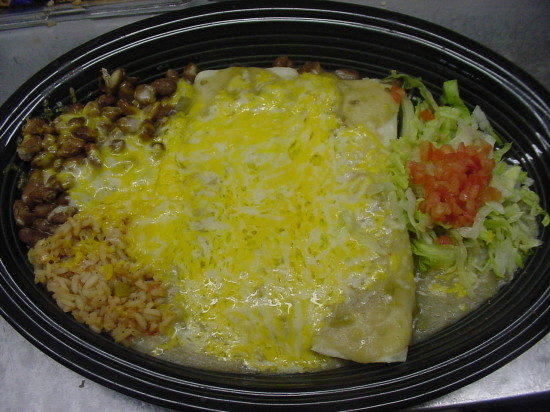 One of the best Mexican meals we’ve enjoyed.

It was so good I felt the need to speak to the cashier (who maybe was a manger or owner) and told her we were driving across the country and it was one of the best meals on our trip!

We always like to people watch when we’re traveling. In Del’s every man and boy in the restaurant was wearing Wangler jeans, (with the tell-tale tin of chaw in the back pocket) boots.  And, of course, a cowboy hat.  Abi said he might as well be wearing a sign that read, “Tourist”.  That’s how much he stood out from the crowd in his shorts and t-shirt.  It was probably fortuitous that he didn’t wear his Hawaiian shirt that day! 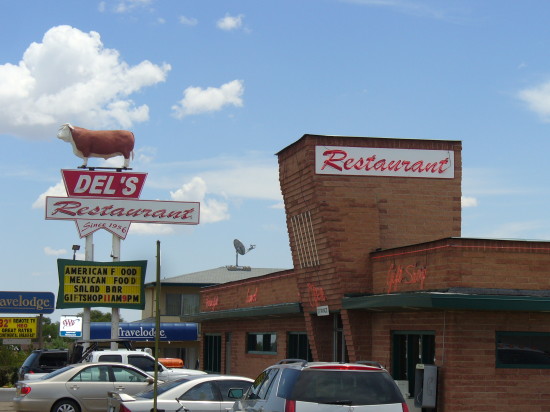 Seriously – how can you not stop to have lunch at a place where there is a huge bull on top of the sign?

Across the street from Dell’s we visited the TePee Curios shop. 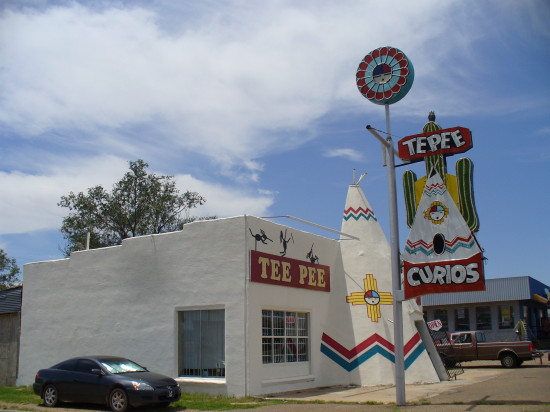 TePee Curios – I’m fairly certain it is no longer politically correct, but ya gotta love it just the same.

Tucumcari, New Mexico, who knew?  We left wanting more, way more, and isn’t that always the best time to take your leave?  Definitely one of our most favorite unexpected finds along this amazing Route.  When is the last time you left somewhere wanting more? 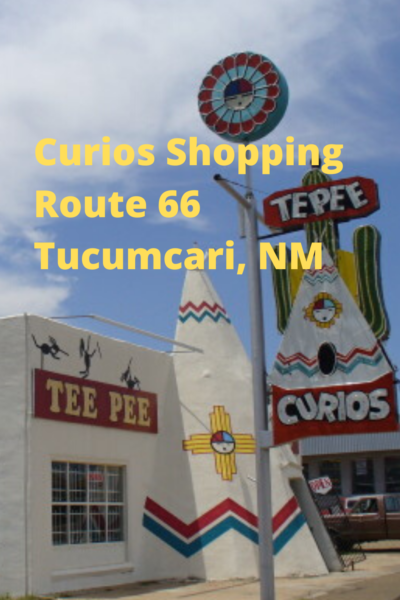 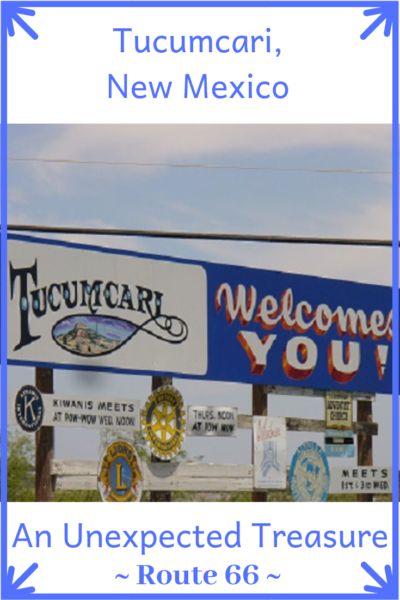