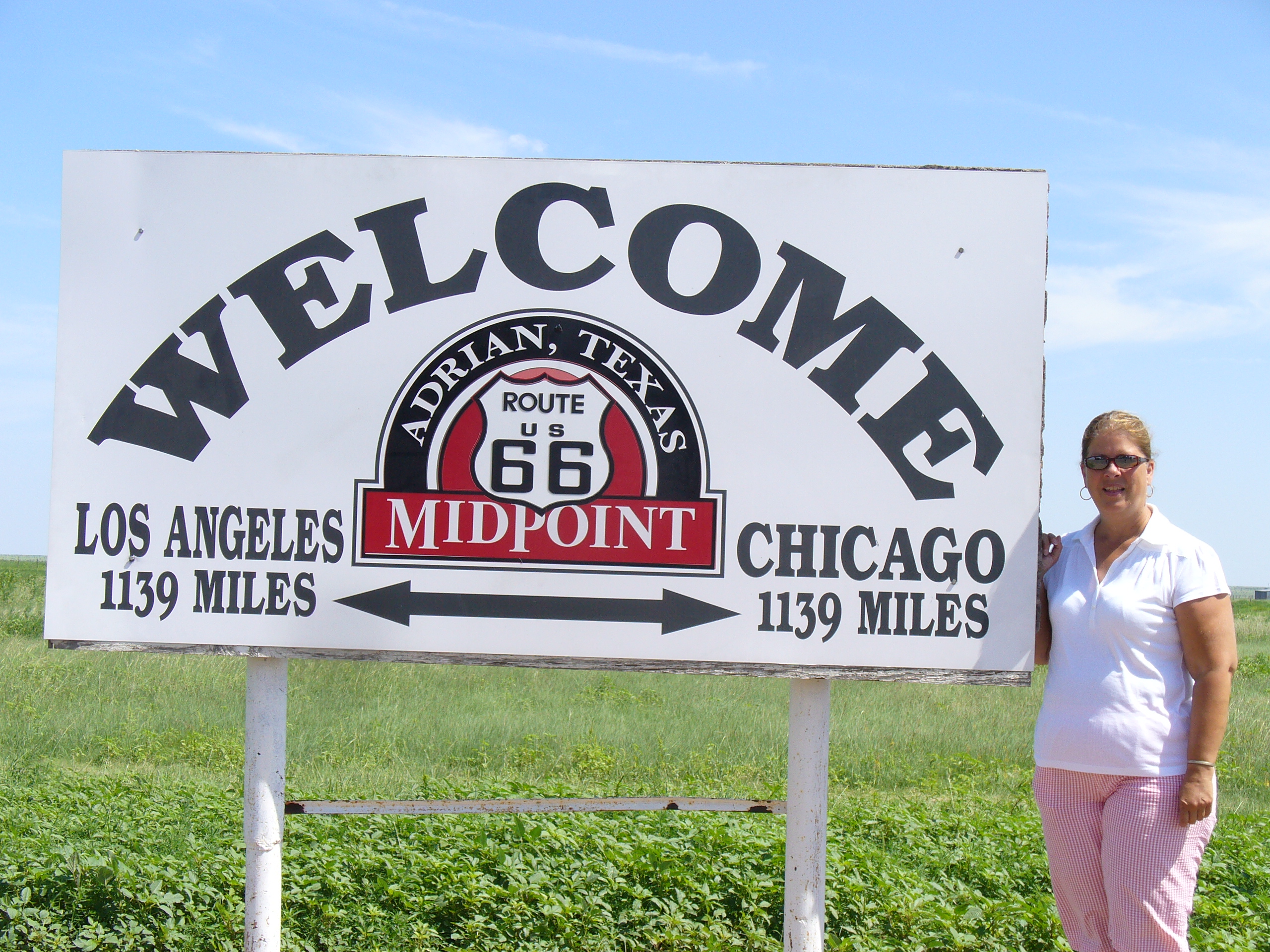 Following Route 66 while driving across the Texas panhandle was nothing to write home about.  No offense meant to any Texans out there, but whoa… there’s just nothing out there and it’s just how we saw it.  Until we found the infamous Cadillac Ranch.

We spent the night in Amarillo and the next morning we hit the freeway in search of the infamous Cadillac Ranch.  Now – it should be said right up front that the Cadillac Ranch (sounds a little like the name of a brothel, yes?)  is not technically on Route 66.  However, because its been around for a long time, it has – over the years – just become associated with the route. 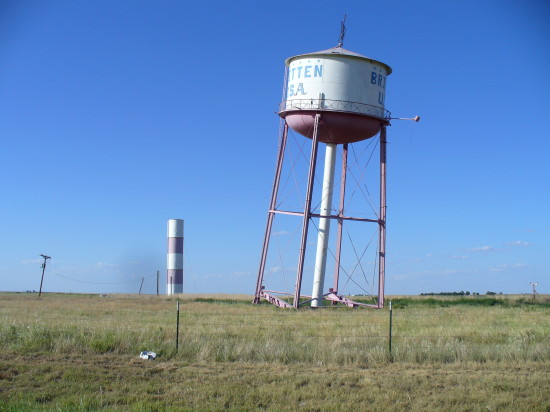 The leaning tower of Texas?

In 1974 a wealthy man buried 10 shelled out Cadillacs, front down, into the ground.  Why?  Because he could.  Now it is a graffiti art stop.  Anyone can take a can of spray paint and leave their mark on the cars.  There is no signage so you need to know what you are looking for and which exit to take to access the frontage road (Route 66).

As it happens we were driving in the opposite direction, on the wrong side of the highway, and had to make a U-turn. After parking alongside the road one has to walk out into an open field to reach the cars.  At some point the man who buried the cars painted them all pink to honor breast cancer, but the pink is no longer visible because of all the graffiti. 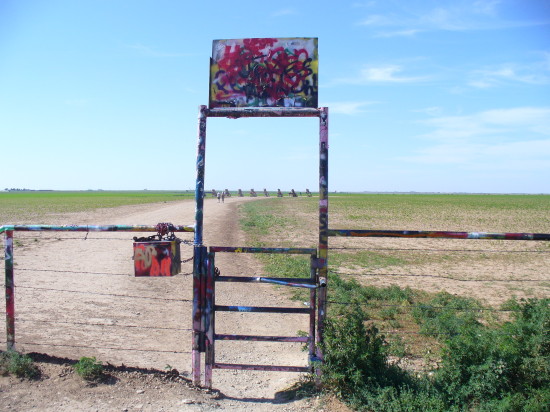 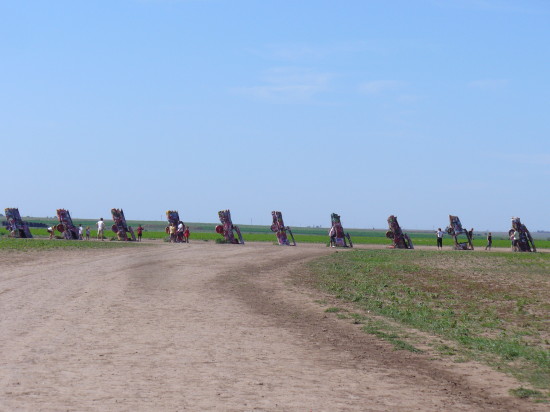 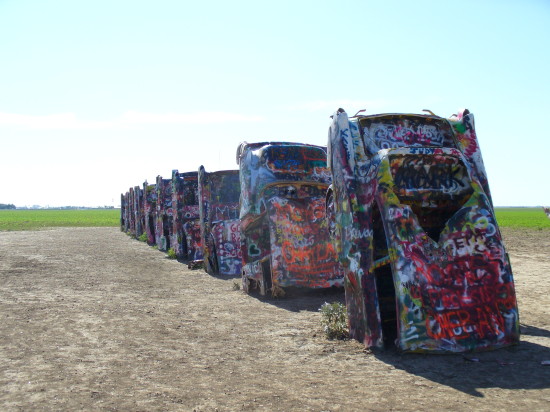 We were wishing we had thought to buy a can of spray paint! 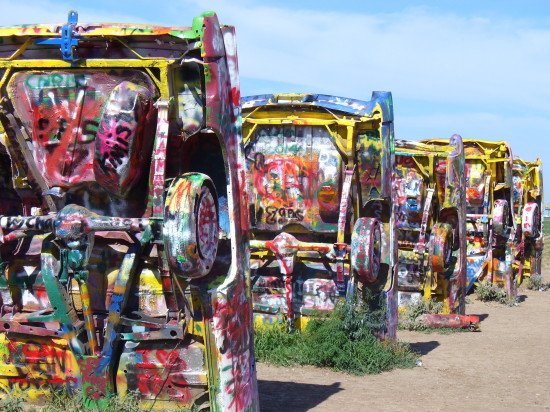 Truthfully, there is not a lot to see or do at the famed Cadillac Ranch, unless of course you bring a spray can of paint or two (or three) and leave your mark.  No such plan for us so onward…

The Half Way Point 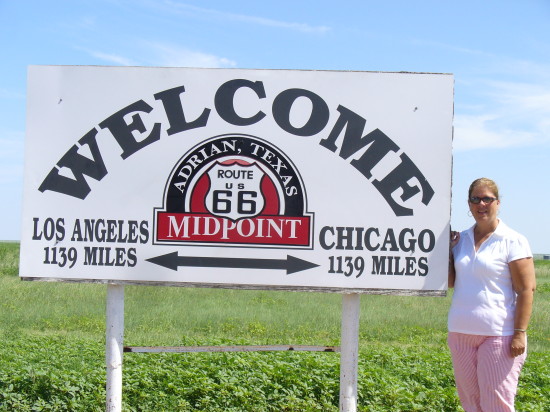 The Building of the Interstate

Something that has really been brought to light for us – while making this journey – is the effect the building of the interstate highway system had on small town America.  Rural towns along Route 66 once thrived because of the business brought on by the passing motorists, it’s what kept the towns alive.

While many towns have managed to survive, the building of the interstate brought about the demise of many small rural towns.  One can find the evidence along Route 66.  Here are a few photos demonstrating the effects of progress… 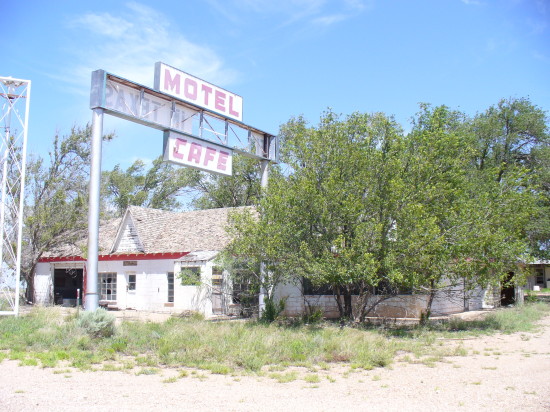 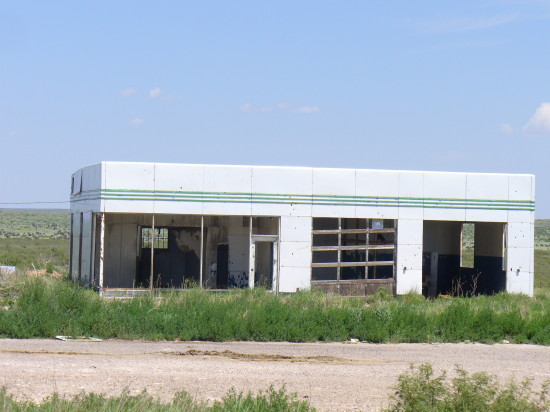 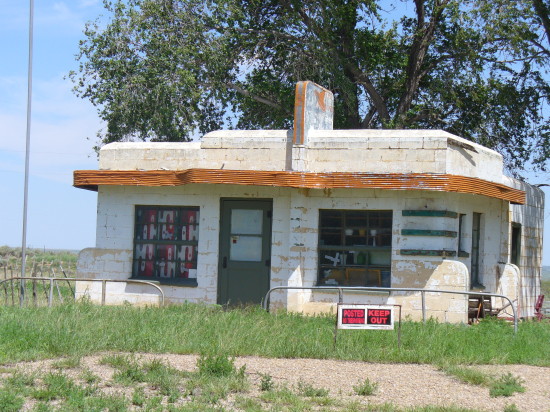 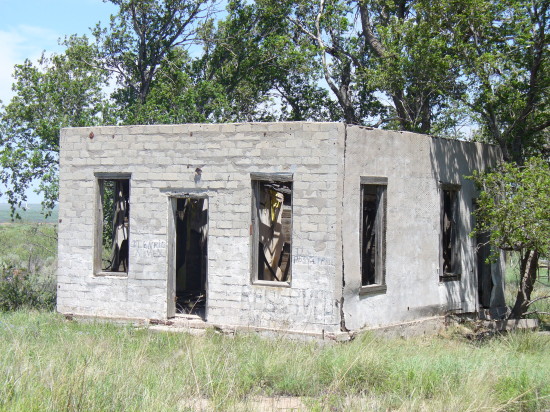 Next up, New Mexico! 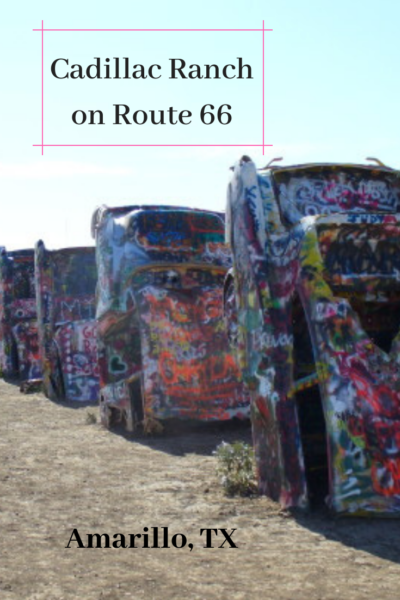