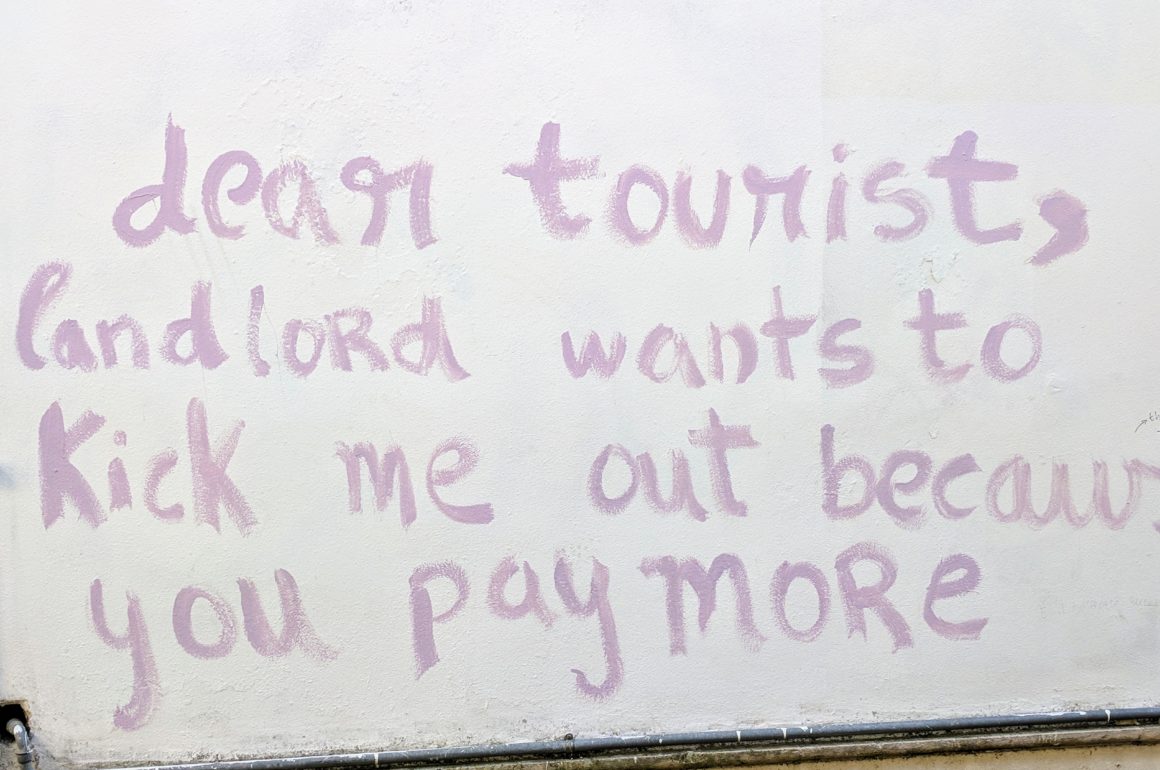 When we owned our B&B in southern Oregon, the phenomenon of Airbnb was just burgeoning on to the hospitality scene, but we could see the writing on the wall.

I’m not sure there’s another topic in the travel/hospitality industry that is more hotly debated than Airbnb.  As innkeepers we were understandably concerned about the competition – and really, it wasn’t exactly an even playing field.

Our beautiful B&B in Ashland, Oregon

Residents in our small City of Ashland, OR, were beginning to rent rooms in their homes, and many rented out their entire home as so many of the homes in Ashland had absentee owners.  Homeowners saw it as a way to generate income and saw no reason why they could not do so, because after all it was their home.  At the time the city had no regulations on homeowners and as a result many of them were renting rooms illegally, seemingly without concern for the consequences, i.e. liability insurance, disruption to the neighborhood, lack of parking, etc.

Fast forward five years and the City now has developed regulations (based on zoning) for hosts and there is a full-time code enforcer on staff.  As we understand it, to legally operate an Airbnb space in Ashland, the property must be shared-space.  One can rent a room in one’s home, or one can rent one’s entire home as a vacation home, as long as the owner lives on site.

Sadly, several of the B&B’s in Ashland have since sold, often in part because of stringent mandates for operation and the competition of the increased number of vacation rentals.  It all circles back to the uneven playing field.

I am not someone who can just lie down and sleep anywhere or anytime.  I am – somewhat unfortunately – very particular about our accommodations while traveling.  Because of this I tend to lean toward hotel stays for the comfort, amenities and cleanliness. With Airbnb one never truly knows what one will get; the difference between what is photographed and what is reality can be startling.  And, one has to pay in advance at the time of booking, which is a practice we don’t relish.

Over the past three years we’ve booked five stays and all but one were successful.  Our not-so-successful stay took place in Lyon, France.  Kudos to Airbnb though for stepping up and refunding our stay.

How Many Sides Are There?

For travelers, Airbnb can be super affordable, to the point where it makes travel possible for so many.  This can be especially true for long-term travelers who stay for a month or more in one place.  Renting an apartment is so much more practical, and affordable, than booking a hotel for a month. And, for many travelers who prefer to prepare their own meals, for personal preference, health or dietary issues, having a kitchen is key.

But, there’s another side to the issue. While traveling in Portugal in 2017 we spent a day in the City of Coimbra and it was the first time we actually came face to face with the negative impact of Airbnb on the local population.  Landlords can earn far more money renting their apartments for short stays rather than by renting long-term with a lease.  It’s forcing locals out of their neighborhoods. And, in Coimbra – a university town – it’s making it difficult for students to find affordable housing. 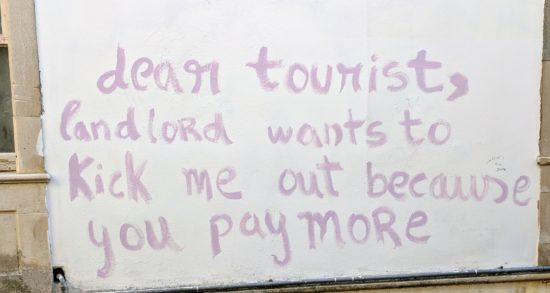 The message is loud and clear in Coimbra, Portugal.

But, on the other side (how many sides are there?) tourism supports the economy of the city.

More and more cities are cracking down on the number of licensed Airbnb hosts, and/or banning all accommodations in certain areas of the city.  Madrid is banning stays in the city’s historic center.  New York City has banned any stays for less than 30 days.  In Reykjavik, Iceland apartment owners cannot rent out their property for more than 90 days per year.

Jacking Up The Prices

In June of 2017 we left the United States bound for Europe.  Our first stop was to be Lagos, Portugal but we could not find accommodations in the city that even began to be reasonable.  Even shared spaces in hostels – which, let’s face it we’re way beyond the hostel phase – were outrageously expensive.  Fortunately, for us, our Lagos based expat friends extended an invitation to stay with them.  Lagos is a beach town and the population swells for the summer so owners can jack up the prices of what would normally be reasonable rental rates.

Even Rick Steves Weighed In

I have to say Rick Steves is my go to source for any and all travel information.  I’m also a big BIG fan of Samantha Brown but Rick has Europe down cold, so I always turn to him for all Europe related research.  As a matter of fact, the other day I was watching his tour of Dresden, Germany and I happened to notice on his site a clip about this whole hotly debated topic.

I highly suspect the debate will continue on for years to come, but from what I’ve learned in our travels, the travels of others, and from world headlines, it’s going to fall to the individual cities around the world to set the regulations and limits for owners, and for Airbnb. 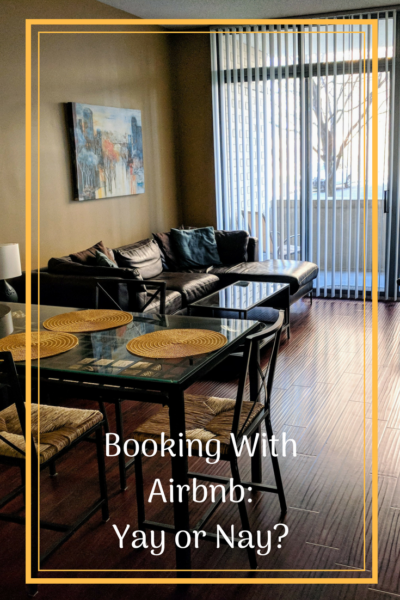