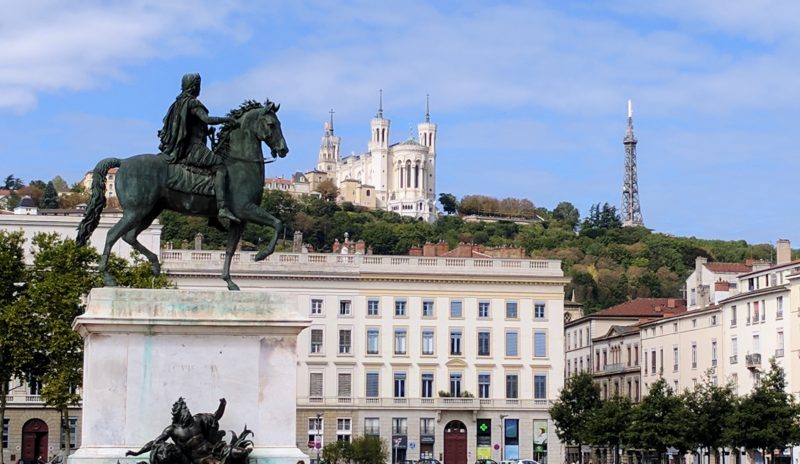 Lest anyone believe long-term travel is all giggles and bubbles, here’s a little diddy about what happens when things don’t go exactly as planned and why we didn’t stay in Lyon. It’s a philosophy I’ve long-held close to my heart; life is what happens to you while you’re busy making other plans.  Because let’s face it…. no matter how hard I might try to channel my inner Pollyanna, there are travel days when Murphy’s Law just stomps all over said plans.

…A rule that states, “If something can go wrong, it will.” An addition to this law reads, “and usually at the worst time.” The identity of “Murphy” is unknown, but the saying was first used during the 1940s and may have originated with members of the armed forces in World War II.  Dictionary.Com

Our last night in Dijon, France I clicked off the light hoping to fall into blissful slumber but it was not meant to be.  I always get a bit apprehensive the night before we travel, but on this particular night I was wide awake until 4:00 a.m.  So, when we stepped off of the train in Lyon, France I was running on empty.

Following the directions on GPS, and those sent from our AirBnB host, we found our way from the train station to the bus stop and hopped on the bus.  Sadly, in the wrong direction.  We ended up wasting maybe 30 – 40 minutes backtracking and starting over in the opposite direction. Not too bad, but not a great start.  I think it may have been a sign of things to come.  Do you believe in signs?  I do.  Finally, moving forward in the right direction we found our way to the apartment we had booked for 5 nights.

I wasn’t particularly keen on the neighborhood or the fact that the apartment building was down a narrow ally, but they’re pretty much the norm for Europe.  Once inside we started to unload and settle in. Although I wasn’t feeling it with the studio, it was manageable and it would be okay for our stay.  Until…

The apartment was advertised as having air conditioning and with it being 85 degrees in Lyon, it was definitely needed.  Turns out, the air conditioner was a portable unit sitting on a suitcase near a window.  Abi realized the only way the a/c would work was if the window was open and the unit’s exhaust tube was propped out the open window.

Um… no.  #1. Doesn’t it defeat the purpose to open the window and let in the hot air while supposedly cooling the room?  #2. This was not stipulated in the apartment listing so we were rather perturbed. #3. We didn’t reserve an apartment to have a window open 24/7.  #4.  We called the owner and basically said, WTH?! 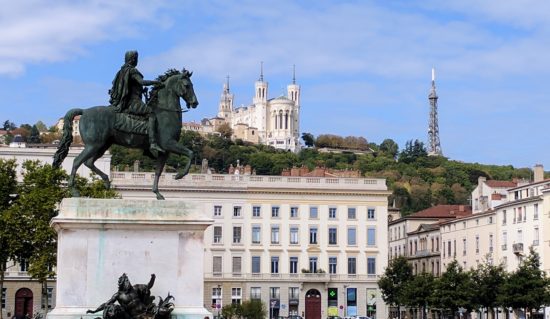 Lyon – definitely worth a return visit one day.

Prepared To Do Battle

We booked a room online at a hotel we’d considered before we booked the apartment, gathered our stuff, cancelled our stay in the apartment and left.  Back on the bus (thank you to the sweet man who rattled off instructions in French, but somehow we understood which bus to take), a short walk and voila we were checked in to a sunny bright hotel room.

Prepared to do battle – we were past the refundable point of our reservation – we found a French help line for AirBnB and made the call.  A big shout out to AirBnB and our new best friend Ricardo who processed a full refund because the apartment was “misclassified.”  I try to be a good person but I have to admit I took pleasure in knowing the owner of the apartment lost the income and that his “air-conditioned” apartment would sit empty.  Remember, I was running on four hours of sleep and feeling less than forgiving.

Feeling uplifted by knowing we would get the refund, we began to relax and settle in to our hotel room.  Ha!  The air conditioning was not kicking on.  “Oh, did we forget to tell you the system is broken?” said the clerk at the reception desk.  Turned out, the entire system was burned out and would not be fixed until the end of the week.  But, as the manager so casually offered, “It’s Lyon, you don’t need it.”  From the frying pan into the fire.  It was just not our day, but we were not in any shape to find – and move to – another hotel so we settled in for the night, a very warm night.

Although we had planned to spend 5 nights in Lyon, it was pretty clear to us that we were not supposed to be there. There was no way we could stay in the hotel with no a/c so we made the decision to leave.  And, if we were going to leave anyway, we decided we might as well just get on a train and head to Montpellier.  Montpellier was going to be the first train change on our upcoming journey from Lyon to Seville.  By leaving Lyon early we could eliminate the pending 5:00 a.m. wake up call on what would be our longest travel day.

Once on the train again just 24 hours after having arrived, we both sighed with relief. It had been a lousy 24 hours. I didn’t even tell you the part about having to find a clinic at 8:00 at night and waiting for 1 1/2 hours to see a doctor who spoke English about as well as we speak French.  Thank you Google translate and smart phones.

From Lyon to Montpellier

And, that’s how we found our way to Montpellier where we spent a few days just absolutely relaxing.  We took long walks while we explored all of the nooks and crannies and alleyways of Montpellier.  A highlight of our stay was meeting a couple from Switzerland and a gentleman from the UK.  We all sat near each other in a restaurant and chatted easily over lunch, which by the way was one of the best meals we’ve had thus far. I love moments such as those, meeting people and being able to easily chat as if you’ve known each other for years.  The respite also gave Abi the time to get rid of the cold he’d been fighting for a week. 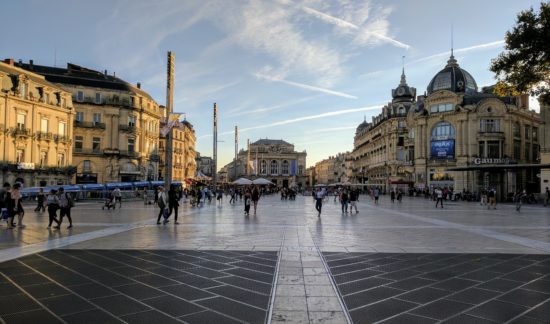 Some travel days are more challenging than others, there’s no way around it.  In the big scheme of life though our lousy 24 hours was a mere blip, even though it wore us out.  The one thing we’ve learned over all of our years of traveling through life together is to just keep moving forward.  And, that’s exactly what we did.

How to Spend 7 Nights in Dijon, France