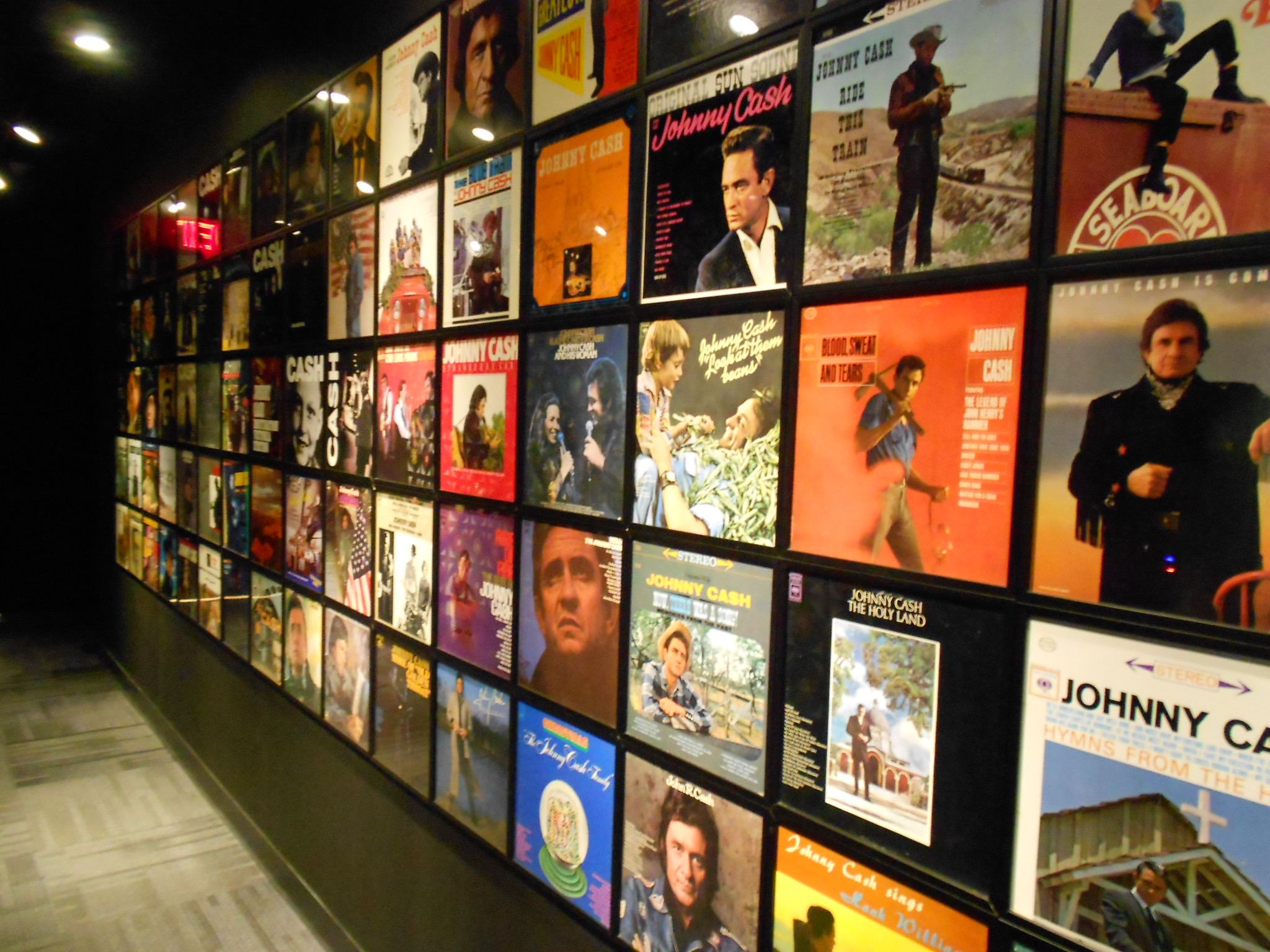 When we travel, and when we walk in the paths of those who came before us, I have a tendency to fixate on a singular person of interest.  I want more than the surface story, I want the details, the behind the scenes story. I’ll read everything I can find on the person, i.e. Johnny Cash, until I exhaust the resources.  And, if I’m lucky enough to find videos on YouTube, I’ll watch as many as I possibly can.

There are just some people that I find fascinating and I would give just about anything (within reason) to sit down with him/her, share a fabulous meal and have a great conversation.  What I wouldn’t give to sit down with Julia Child, Marie Antoinette, Laura Ingalls Wilder, Charles M. Schulz, Walt Disney, Thomas Jefferson or Lyndon B. Johnson, (to name a few) and just get to know the person behind the persona.

My most recent fixation, Johnny Cash, isn’t someone I thought I’d ever be keenly interested in, but as it turns out I am. There, I said it. I’m a fan; but not for the reason you may think, you know the obvious one – music. We have a couple of his CD’s and I like the music, but I think what first sparked my interest in Johnny was the film, Walk the Line with the spot on performances of Joaquin Phoenix and Reese Witherspoon. The music was toe-tapping great, but it was the story of the man behind the music that captured my imagination.

The Birth of Rock and Roll

The 2nd spark of interest was lit when we toured the iconic Sun Studio in Memphis and the Johnny Cash Museum in Nashville.  Johnny Cash was there at the beginning of it all – the birth of rock and roll.  He lived a big life and while he came close to losing his life to drugs, he fought through it and came out the other side a better man. There’s a story there. 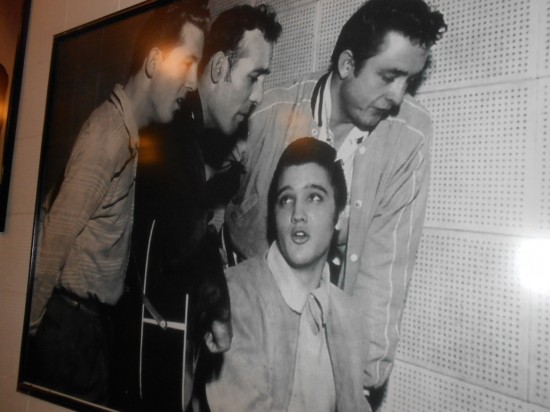 “I keep a close watch on this heart of mine
I keep my eyes wide open all the time
I keep the ends out for the tie that binds
Because you’re mine, I walk the line.”
― Johnny Cash

The funny thing is, in a 2002 interview with Larry King, he confessed he didn’t particularly like the song, Walk the Line and didn’t think it would be a hit.  He even begged Sam Phillips – owner of Sun Studio – not to send the record out to radio stations.  Apparently, Sam didn’t listen and we all know how that turned out!  The record ultimately sold 2 million copies.

We were short on time when we pulled into Nashville, TN, but we wanted to visit the Johnny Cash Museum.  I wanted to learn a bit more about the man and albeit a fairly small museum, it is very well-done and definitely captures the essence of his life.  Imagine, at 5-years-old he was picking cotton and at the end of his life he was known world-wide as, The Man in Black.  And of course an integral part of his life was the endearing love story of Johnny and June Carter.  It’s all there, his story, in the Johnny Cash Museum. 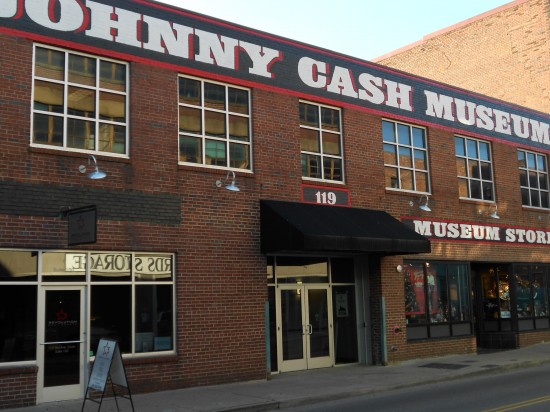 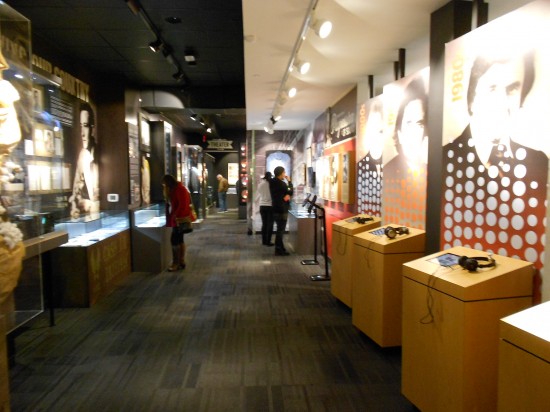 Listening stations with music through the decades 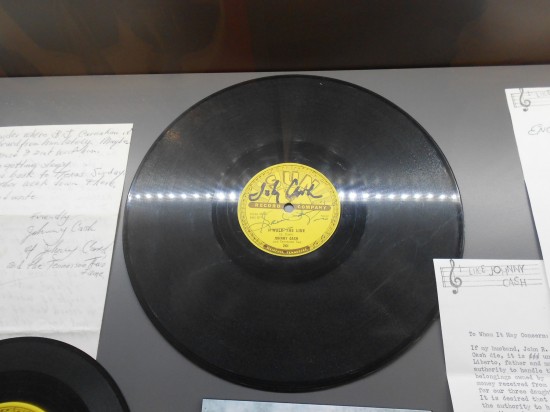 Walk The Line on the Sun Record label 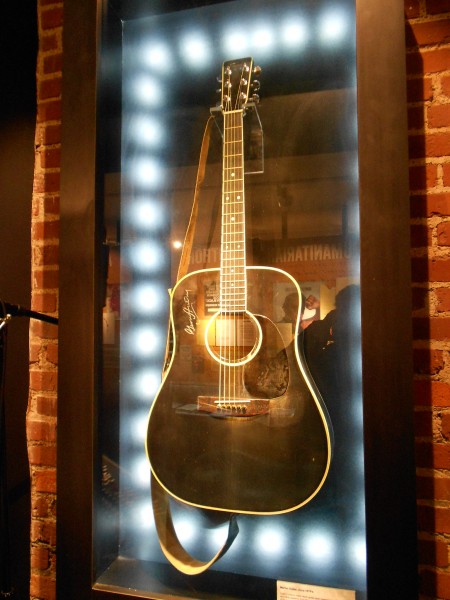 One of Johnny’s guitars

In 2002 Johnny Cash recorded, Hurt, and received critical acclaim for what some called his epitaph and I’d have to agree.  It’s a powerful piece of music/video and again, he’s telling the listener, his story. The 4-minute video is well-worth watching and you’ll find it quite moving.  Both June and Johnny passed away in 2003, within 4 months of each other.  Theirs was a love story that will transcend time. 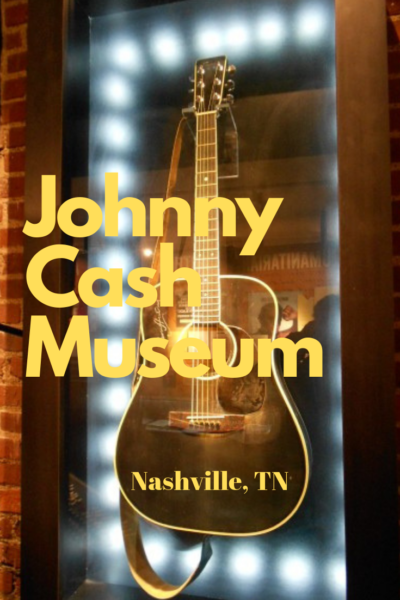 The High Line, The Chelsea Market & A Night at the Library