JFK & LBJ – Why the Fascination? 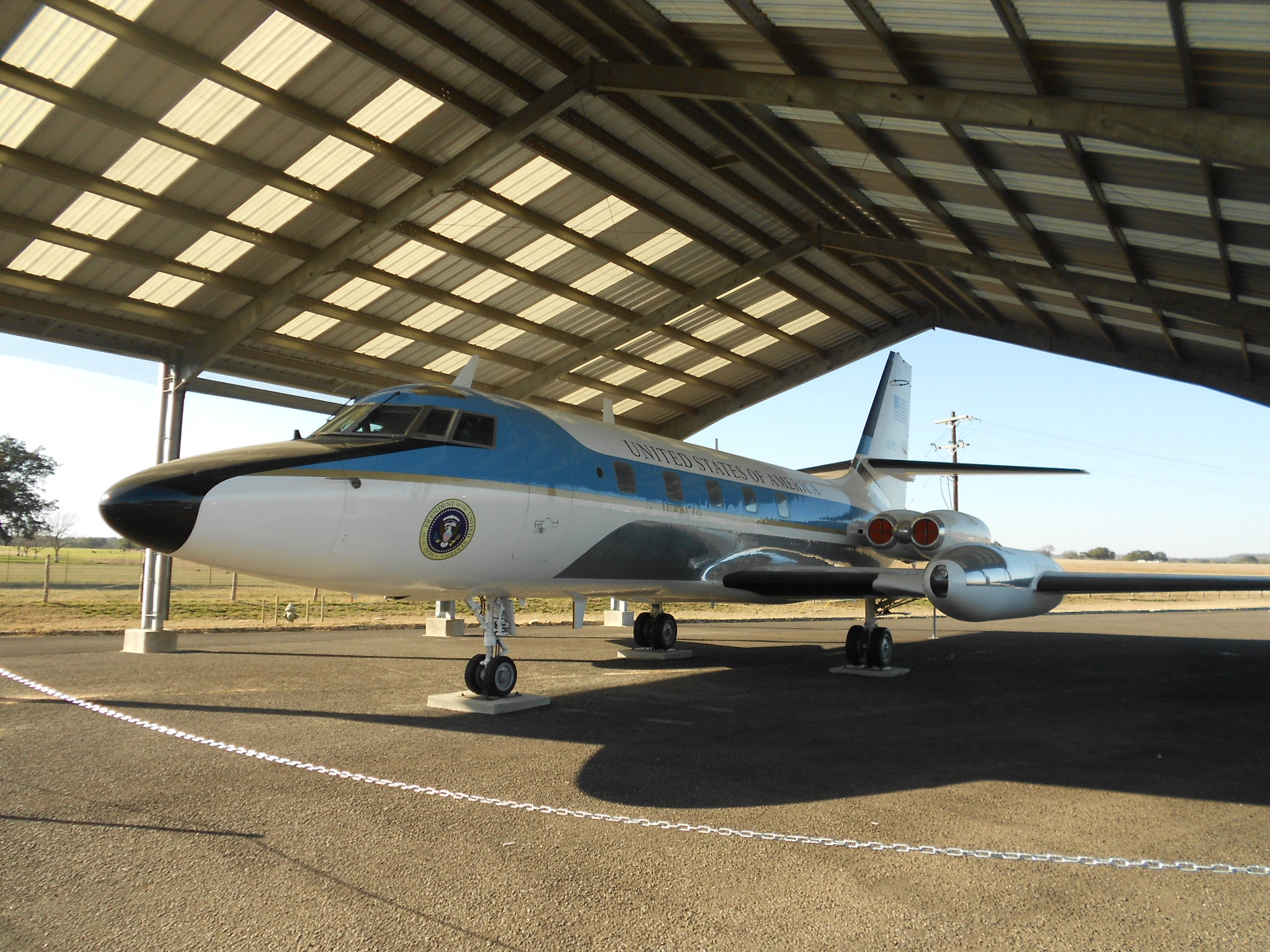 When we mapped out our See the USA road trip we never really focused on where we would stop or what we would see, rather it was more of a let’s see where the road takes us kind of thing.  As it turns out, the road led us to two fascinating moments in history that will forever be linked together; and both moments definitely still hold the fascination of many.

We drove eastbound across Texas and if you’ll recall from a previous post, it was – shall we say – less than a pleasant experience and I had to channel my inner PollyAnna to survive it.  We had no plans to stay in Dallas, but we timed our day so that we could stop for a few hours to visit the Sixth Floor Museum at Dealey Plaza, also known as the JFK Museum.

Was it a Conspiracy?

This was a moment in history well-worth learning more about and it’s one of those moments in time when pretty much everyone (except me) can say where they were when JFK was shot; and pretty much everyone has an opinion on what actually happened on that fateful day.  Was it just one man, was it a conspiracy and was LBJ involved?  If you’re as uncertain as I am – although I must admit I tend to think Oswald was just a patsy in a much bigger scheme –  visiting the museum won’t do anything to sway you one way or the other, as a matter of fact you may leave even more baffled. 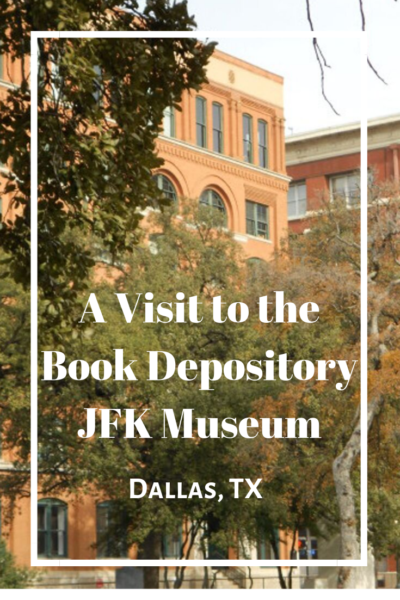 The museum is quite small, but it is well-thought out and the exhibits tell the story in a sequential order of events, with lots of little details such as the luncheon invitation – to which JFK was headed.  The corner window – from where the shots were supposedly fired – is behind walls of plexi-glass with empty storage cartons set in place to resemble what the scene looked like at the time of the shooting.

Like many museums, visitors are not allowed to take photos.  Why is that?  We took photos of the Mona Lisa in the Louvre, but we couldn’t take photos of displays behind plexi-glass?  Go figure.  But what I found the most interesting was in fact the photos on display, photos capturing the story as it unfolded; the faces and the body language of those who witnessed the events first-hand.  Those were memorable, especially the photos of Jackie.

I have to say it was definitely well-worth the time it took for us to visit the museum.  And it definitely left us both even more uncertain as to what may have actually happened that day.

About an hour outside of Austin you’ll find a sleepy little town known as Johnson City and just beyond Johnson City you’ll find the Lyndon B. Johnson National Historical Park.  Who knew, right?!  This was the private residence of LBJ and Lady Bird – I know, what a name – and while he was in office their private home/ranch was known as the Texas White House.

“President Johnson flew home to his Texas ranch 74 times during his 5 years in office, living and working for 490 days—or about one-fourth of his presidency—at the Texas White House.”   Lyndon B Johnson National Historical Park 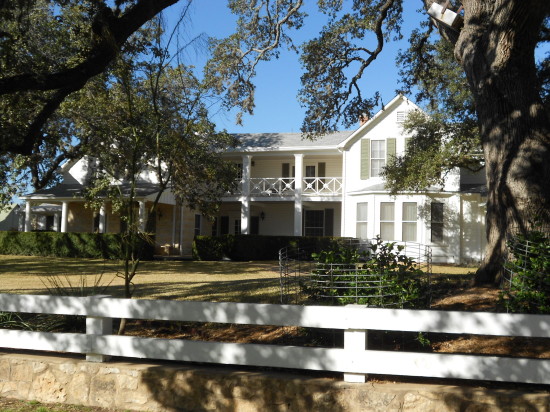 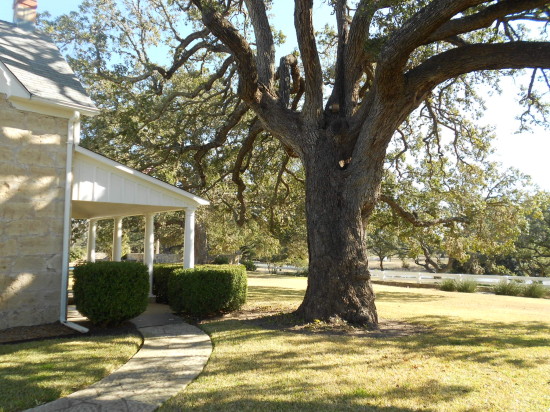 I know very little about LBJ and his presidency, I wasn’t old enough at the time to understand, so I actually learned quite a bit while touring the ranch and home.  It seems as if he was most often thought of as the school yard bully.  I do know that his legacy will be forever linked to that of JFK and there are those who do believe LBJ played a significant role in the assassination of JFK.

I think what I appreciated most about visiting the ranch was what I learned about Lady Bird.  She was a strong intelligent woman in her own right.

“Notably well educated for her time, she proved a capable manager and a shrewd investor. After marrying LBJ in 1934, when he was a political hopeful in Austin, Texas, she used a modest inheritance to bankroll his congressional campaign, and then ran his office while he was serving in the navy. Next, she bought a radio station and then a TV station, which would soon make them millionaires. As First Lady, she broke new ground by interacting directly with Congress, employing her own press secretary, and making a solo electioneering tour.”  Wikipedia

Once she passed, their home was opened to the public for tours and it was just like stepping through a time warp.  When LBJ died, Lady Bird placed most of his belongings in storage to preserve them.  When the home was opened for tours, everything was in pristine condition and put back in its place as if they had just been there the day before.  It was really quite fascinating.  Again, no photos allowed so I can’t slip you any sneak peaks.

So why the fascination of these two former presidents decades later? It’s been 50 years since the assassination and yet it is still one of the most debated moments in history. Was it one man, was it a conspiracy?  It’s the ultimate unsolved mystery.  There are points and counter-points for every theory.

For me, anytime I can learn through travel, it’s a plus. Anytime I can walk in the path of someone in history, well that’s an added bonus.  I have to admit I am one of those who remain fascinated, especially now that I’ve had the opportunity to visit these places and walk in the paths. The experience definitely fueled the fascination.

What do you think?  Was it one man or was it a conspiracy and was LBJ involved?  Will the fascination continue for generations to come?