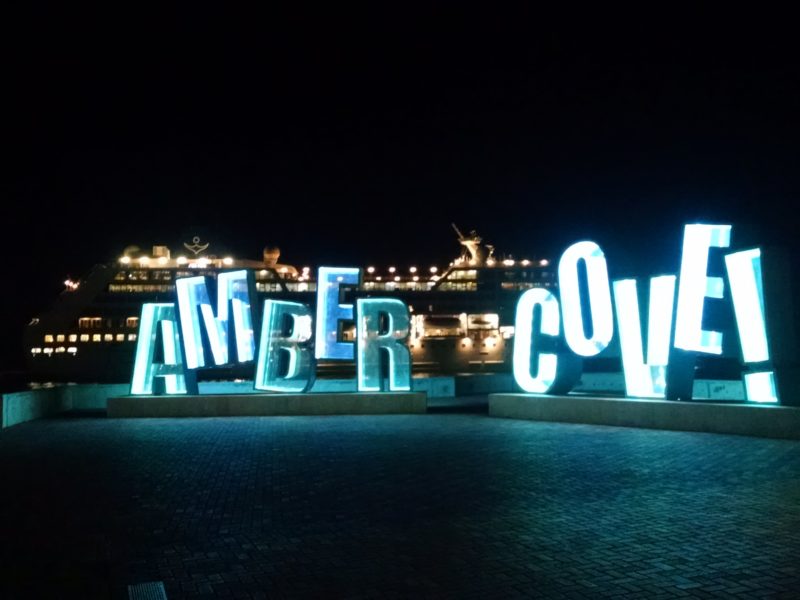 It was our last night in the Dominican Republic.  Nearly 11:00 p.m. we had been relaxing by the pool and watching the stars for a couple of hours.  “Excuse me ma’am, sir, can you please tell me why the ship is here but there is no one at the pool during the day?” asked Manuel, a young man working at Amber Cove.

We offered up our best explanation of the Fathom purpose of impact travel – voluntourism – to which he replied, “You are saying people come on the ship to help my country and the people who are poor?”  Yes. That’s a big part of why we came.

His soulful brown eyes conveyed his inner thoughts before the words, thank you, passed his lips.  Thank you, over and over again.  His genuine love of his country and his people was deeply conveyed in just those two simple words. Thank you.

As we strolled back to the ship under the dark Caribbean sky and twinkling stars, and as the waves gently crashed against the shore, we couldn’t help but smile at our new friend’s sweet message of gratitude.  It was the perfect “The End” moment of our time spent in the Dominican Republic. 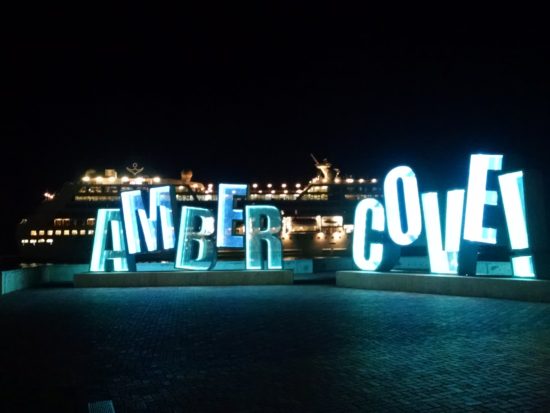 But, I’ve jumped to the end of the story so let me head back to the beginning.  Do you read a good book that way?  Flip to the last page to find out how the story ends, or do you stick with page-by-page from the first to last?

You may recall from my last post that I was a tad bit nervous about our first open sea cruise.  The what-if scenarios had me by the throat.  But guess what?  I survived!  And, not only did I survive, we had a really good time. I’ve already been asked if I’ll cruise again and my answer to that is… one cruise at a time.  Those ginormous floating city ships still freak me out.  We saw a few in the port of Miami and holy crap they were massive.

With my ginger tabs and wrist bands at the ready we boarded the Adonia and easily found our cabin, which I’m told is a benefit of a small ship; to easily find one’s way. 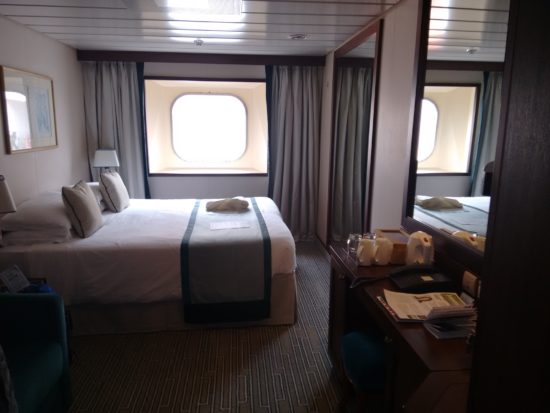 Even though I was a tad bit nervous about cruising, we gratefully accepted Fathom’s invitation to sail on its inaugural cruise to the Dominican Republic and oh boy, it was a party!  Who knew that inaugural cruises had so much going on? Launch parties, live music, cocktails, dancing and so much more was on the party agenda. And, the President and CEO of Carnival – Donald Arnold – and the President of Fathom – Tara Russell – were our hosts for the week.  And what a week it was.  I’m still tired. 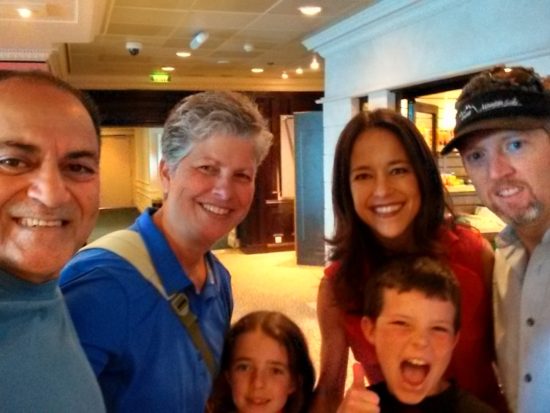 Selfie fun with Fathom President, Tara Russell, and her family.

After my initial – OMG the ship is moving out to sea somewhat panic-stricken moments – I discovered I actually have pretty good sea legs, but there wasn’t much I could do about my ridiculous fear of heights.  I never did make it up to the top deck, but Abi did and he said the view was spectacular. 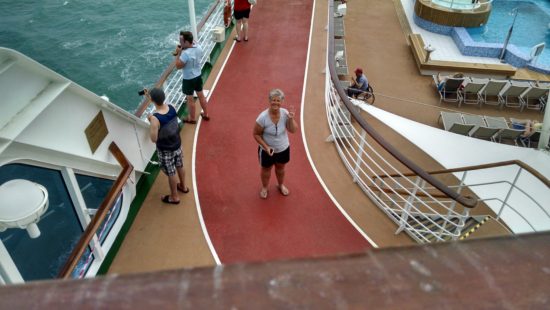 Waving hello to Abi who was on the top deck 10 and yes, that’s a jogging track on deck 9.

We left Miami on Sunday (4/17/16) at 5:00 p.m. and docked in Amber Cove on Tuesday around noon to warm tropical weather and gray skies.  I was told by several experienced cruisers that the swaying of the Adonia was more noticeable than what they had experienced on larger ships. We didn’t have any problems with the swaying although, it was a strange sensation when it was time to crawl into bed and sleep.  Even stranger, was when we were back on solid ground in a hotel that swayed just like the ship! 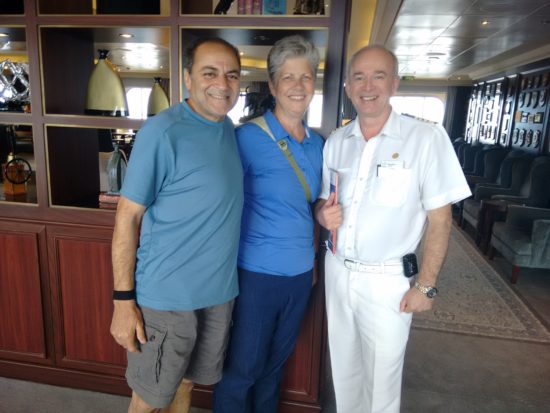 Captain David Box – we enjoyed several conversations with the Captain and I wholeheartedly expressed my appreciation of his skills.

Not long after docking, we were invited to a bright and festive welcome party at Amber Cove.  And, when I say festive, I mean Festive!

Once the festivities drew to a close, Abi grabbed his hat and was off to his first impact activity – reforestation – and I grabbed the laptop and cozied up in an internet cafe.  Abi’s story is much more interesting than my time in the cafe, so his story is up next – stay tuned!

You can find more photos from our Fathom cruise to the Dominican Republic on Instagram and Facebook.