Another Birthday & A Look Back 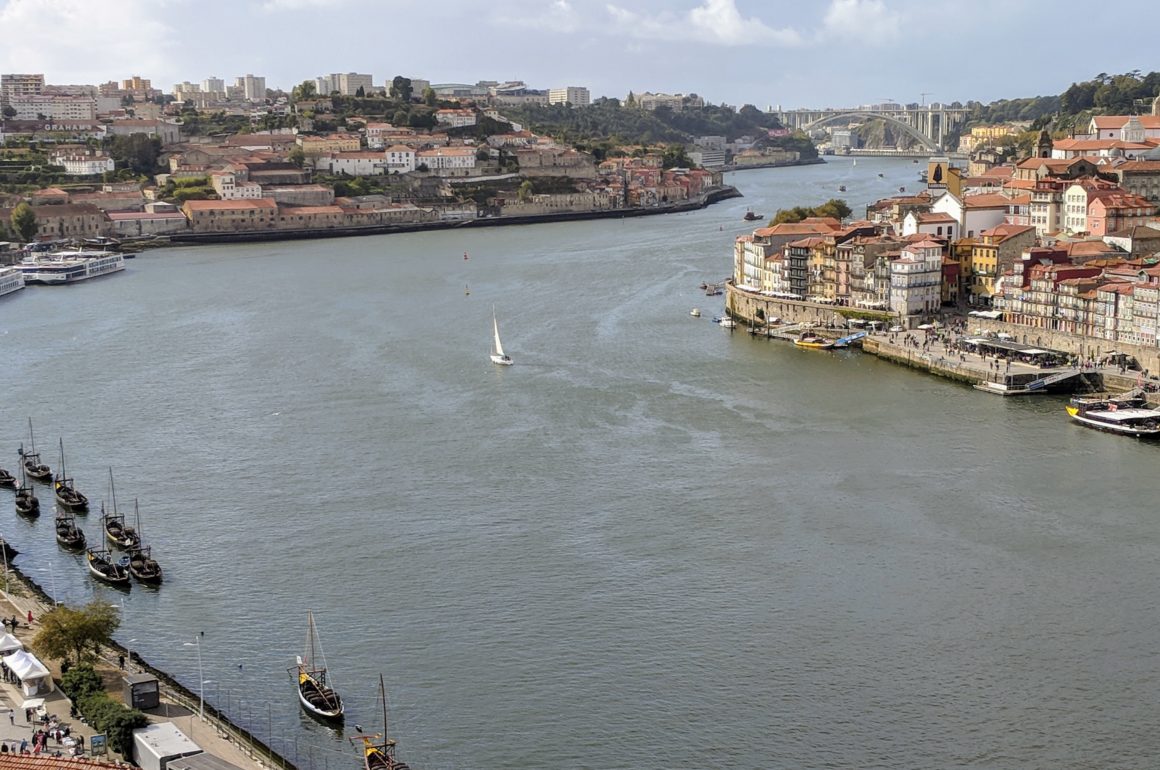 I’m just about to turn the calendar page and celebrate another birthday.  For the record, having a birthday in January is not exactly ideal. If you think about it, the calendar pages are pretty full in October, November, December and right in to the first day of January.  By the time my birthday rolls around in mid January, people are burned out.

I was due to be born in December, but apparently I was reluctant to come forth in to the world.  My mother used to tell me that she carried me for ten months and that my birth rate was 9 lbs. 6 oz. Ha! At least I wasn’t born on Christmas day!

I’m not usually one who looks back, preferring instead to keep moving forward. But, it’s time to embrace another birthday, be grateful for this life and take a few minutes to reflect on the past year. It has been quite the year, 2018. With unexpected life trajectories and incredible joy, it proved to be a year of transitions.

After returning from six months in Europe, at the end of December 2017, we started 2018 by sharing our voices in peaceful protest at the White House in Washington, DC. Never did we think we would become activists at this stage of our lives, but nonetheless here we are.  And, here we are one year later gearing up to march on Washington yet again.  It seems more important than ever as we begin another year of turmoil. 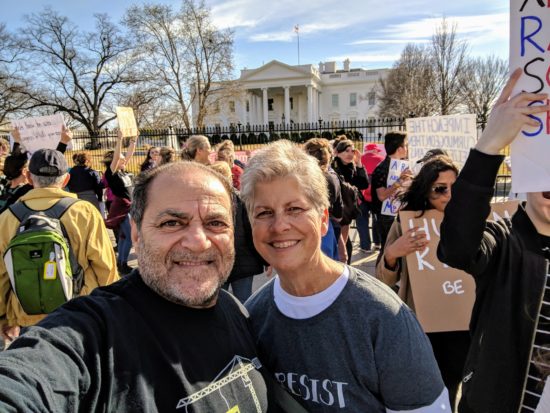 When we left for Europe in June of 2017, it was always in the plans that we would one day return to the US and re-establish a home near family.  If you’ve been following our journey, you know of the phone call we received while we were in Malaga, Spain and why we came back to the US three months after receiving that call. Not long after returning, we found this sweet little house (built in 1942) that ticked all of the boxes, but it was in tremendous need of a complete renovation. We closed escrow in early February. Our little nest is just six miles from those we love most. 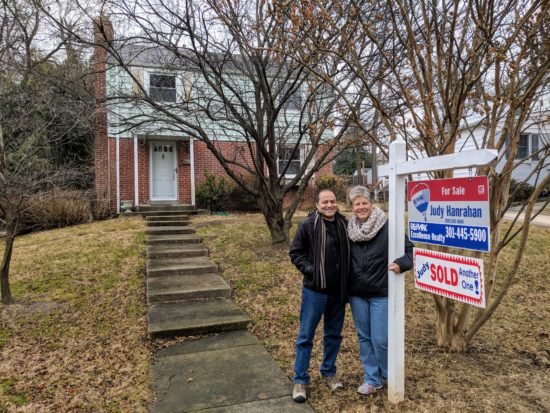 At the end of March we moved our belongings out of our storage locker and in to our house.  The house was far from finished, we had no kitchen having completely gutted it, but we didn’t want to continue paying rent and a mortgage.  Here’s the lesson we learned.  Always make sure your bed will fit up the staircase before you sign on the dotted line.  It took the two of us and our son nearly 45 minutes to get the bed upstairs.

It was a comedy of errors to say the least with many F bombs dropped and an escape out the second story window, but it will go down in family history as one of our funniest moving stories.  Should we sell this house one day, the bed will either be included in the sale, or it will be cut in half to be removed.  Seriously. 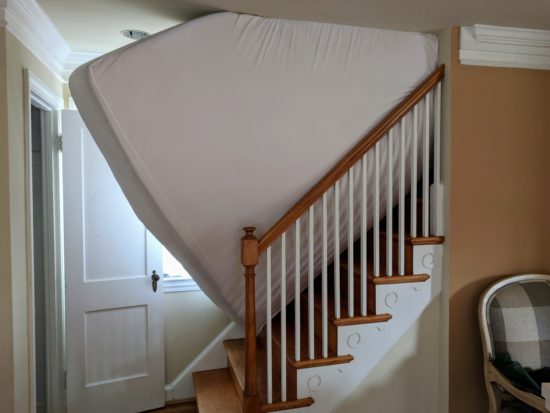 Along with the blooming of the annual cherry blossoms, the greatest gift we’ve ever received came in to our lives in April.  There are no words to describe the pure joy of being grandparents and we are enraptured by this little boy who has brought such happiness to our lives.  He is the reason we came back, earlier than planned, to the US and re-established a home base.  We wouldn’t miss this time for the world. 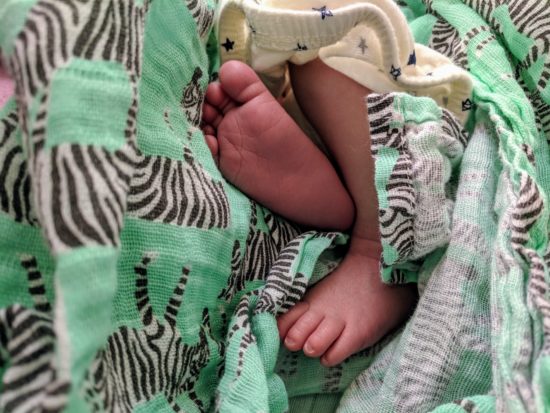 Here’s the thing you most likely do not know about Abi. He is Mr. Fix-it and in a previous life I’m pretty sure he was a gardener.  Two things Abi loves in life is a fix-it/build-it project and working in the yard.  I often say that he has the skills to a build a house.  By May, it was time to think about pulling the long neglected yard together. 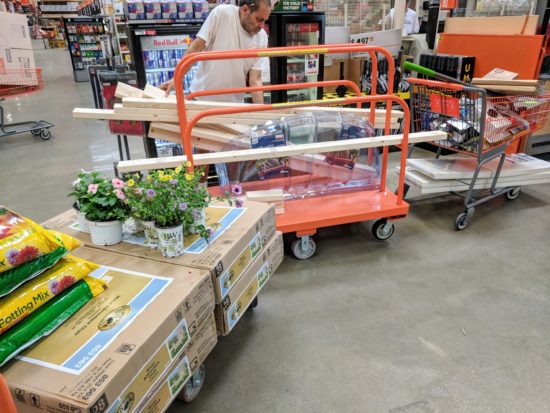 In June, after nearly three months without water on the main floor of our house, there was no better sound in the world – at that moment – than this!  It was a milestone.

In July it was time to take a break.  We called it our public transportation adventure.  From our house we walked to the bus stop and took the bus to the metro station where we hopped on the metro to Union Station, in DC. From there we boarded a Megabus headed for Philadelphia.  We’d never been to Philly so we thought why not celebrate the 4th of July in the city of brotherly love as it’s known.

We spent two days exploring Philadelphia and then boarded another Megabus bound for New York City.  NYC is all kinds of fabulous and we never get tired of visiting.  There is always something new to discover. 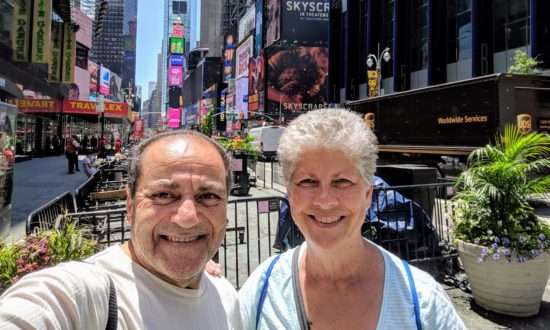 The heat and humidity of August brought with it another birthday celebration for Abi, and a very special family reunion at the Canadian side of Niagara Falls.  We have extended family that live in Toronto.  And, we have a huge extended family that lives in Iran.  It was a rare opportunity for a few of us to come together in Toronto, which of course included a day trip to Niagara Falls. 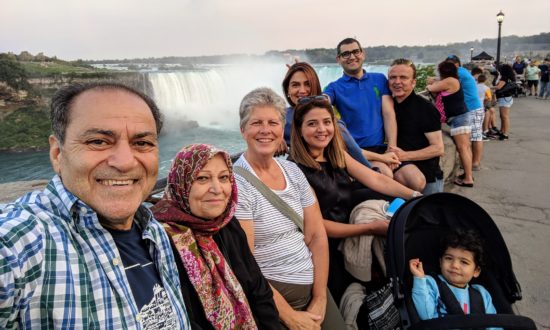 We stayed home in September, embracing the comfy coziness of just being home.  We took a lot of walks and spent time exploring our new neighborhood, which we love.  Somehow, we managed to plant ourselves in an ideal area, which just happens to back up against the woods, and we couldn’t be more content.

We crossed the pond in October, back to our beloved city of Porto, our home-away-from-home.  We spent just shy of one month visiting all of our favorite haunts, catching up with friends and taking several fun-filled day trips. Stay tuned for stories to come. Our main purpose for returning though was to renew our temporary residency.  We successfully gleaned two more years.  Yay! 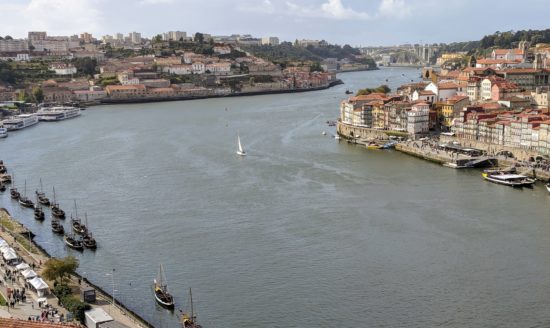 November found us spending as much time as possible with our grandbaby.  After not seeing him for a month, we needed to get our quota of hugs.  And, oh yes, we’re pretty partial to his mummy and daddy as well.  Just in case you were wondering.  And, we ate.  Oh boy did we eat our way through Thanksgiving!  November also brought a lovely blanket of snow. 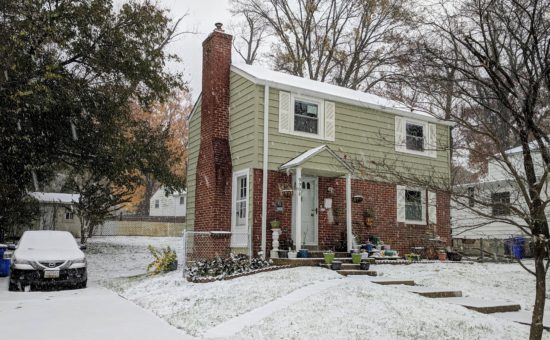 It was the first time in three years we celebrated Christmas wholeheartedly. It was indeed a special month. I love the month of December and the anticipation of the big day. The baking, cooking, social gatherings, neighborhood tree lighting, etc., but oh boy once the big day has come and gone, I’m over it.  By December 27 all evidence, of holiday shenanigans in our house, was packed up and put away. 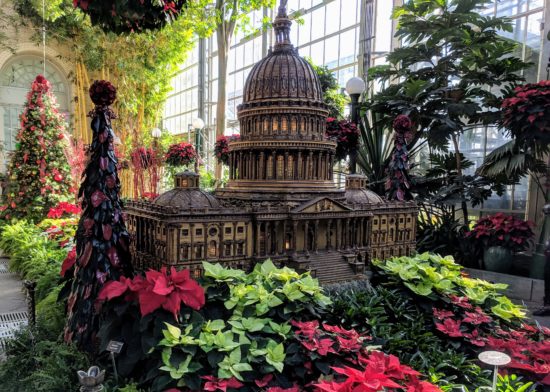 As I made my way through drafting this post, I came to realize just how much of a transitional year 2018 really proved to be.  I think we were so focused on our renovating our house and falling madly in love with our grandbaby we didn’t take the time to look up.  All of a sudden October was upon us and we were flying back to Portugal. The year passed by us before we even knew it was gone.

We are excited to learn what 2019 will bring.  We have travel plans in the works but no concrete dates as of yet, but we think it’s going to be another transitional year for us as we learn how to balance a home base and our travel life.  One of my favorite quotes is, “Life is what happens to you while you’re busy making other plans.” – Allen Saunders.

A Leap of Faith