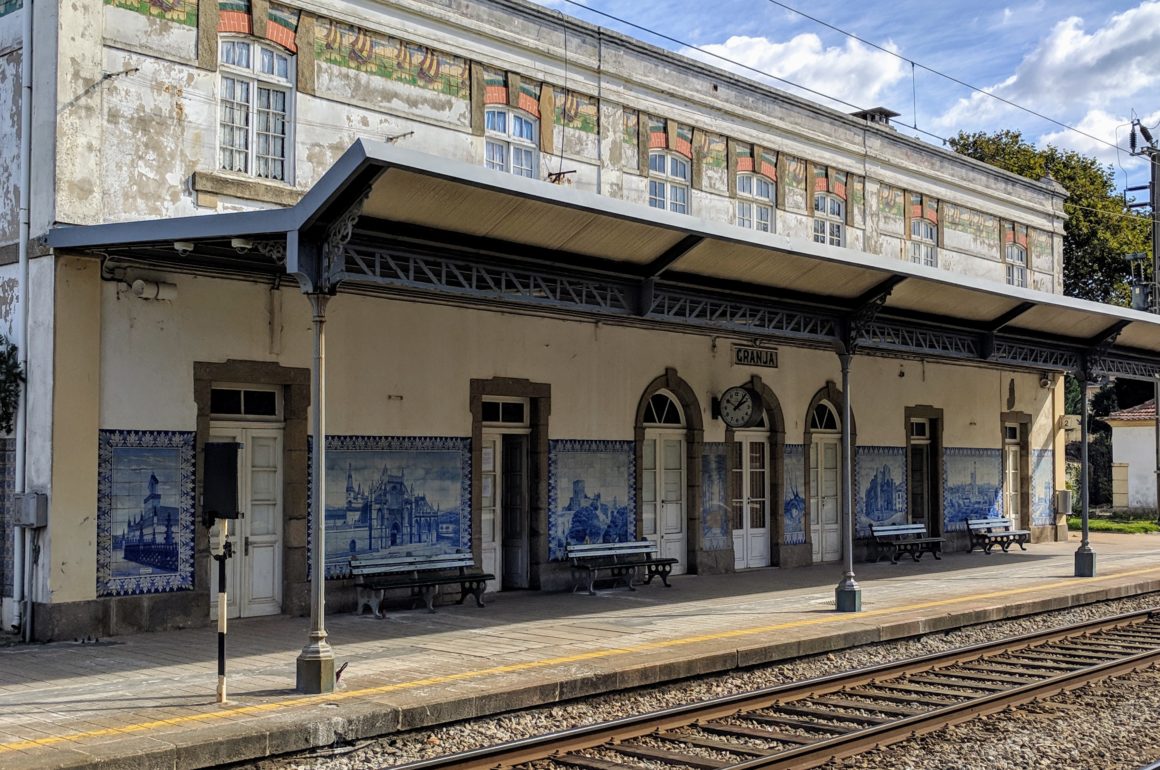 Coronavirus outbreak, it’s the headline being heard around the world. Wherever you are in this vast world of ours, you’ve surely read the headlines, or listened to a broadcast, about the spread of the virus. The news is inescapable.

Life is What Happens When…

If you’ve been following us for a while, you already know my go to motto in life is… life is what happens to you while you’re busy making other plans. This is one of those times when truer words were never spoken.

I have another post written. It’s sitting quietly in the queue waiting to be published in a few days from now. It is a preview post detailing our itinerary for an upcoming European adventure. We were due to leave March 3. Notice I wrote, “due to leave.” That post waiting in the queue is no longer relevant as is. Time for a rewrite.

What Was in the Works

Here’s a look at some of the content that was in our preview post, including upcoming travel plans, an update on our Portugal expat life and why all of our travel plans fell apart, thanks in part to the coronavirus outbreak. In the big picture, none of it really matters, but it still stings just a bit when life hands you a new deck of cards.

It seems years ago, but in reality it hasn’t been that long.  We first moved in to “our” Porto apartment in October 2017.  It was the ultimate aligning of the stars, the way in which we found the apartment. An added bonus was the owners soon became good friends.  We lived in the apartment for three months and fell madly in love with not only the apartment, but also with the City of Porto.

Originally, the apartment was slated to be an Airbnb, but with rigorous regulations being what they were, the apartment was instead put up for rent. At the same time the owners were making the decision to rent out the apartment, we were just a few days out from arriving in Porto and looking for a place to live.  A simple message on Facebook, by a third party, and voila the lease was signed. Fate.

We had no set plans to give up the apartment as we planned to use it as a base while we continued to travel indefinitely around Europe.  However, we learned we would soon be grandparents.  Long story short we gave up the apartment and returned to the US to welcome a precious little bundle of joy.  We never looked back and we have no regrets… life unfolds as it’s supposed to.

Ever since 2017, whenever we returned to Porto we lived in “our” apartment.  It truly has been our home-away-from-home for the past several years as we’ve maintained our Portugal residency; our expat experiment.

When we received the news a few weeks ago that the apartment had been sold, we were not overly surprised. A bit saddened, but not surprised. We knew the owners were interested in selling. We have wonderful memories of living in the apartment. How this will impact our residency, remains to be seen.

In January, we made arrangements to fly across the pond in early March. We booked our apartment and pulled the trigger on non-refundable flights.  It was maybe just one week later (after booking our flights) we learned the apartment had been sold. The owners, our friends, received an offer for the apartment that was too good to refuse. Timing is everything.

With flight tickets in hand and no apartment in which to live, we found ourselves looking for a Plan B. What to do?

Looking for Plan B

Our first thought was to find an Airbnb and spend the month of March just hanging out in Porto.  We have no problem whatsoever when it comes to keeping ourselves entertained in the city.  There is always something new to discover, as well as frequenting our favorite haunts.  Somehow though, maybe it was the melancholy feeling of knowing our apartment had been sold, we couldn’t quite muster the needed enthusiasm to commit to the idea.

We also gave thought to taking another long walk on the Camino Portuguese, but on a different route. The coastal route, while not officially on the Camino, is supposed to be quite beautiful. The biggest hurdle we saw in that plan, was the weather.  We didn’t want to commit ourselves to eight days of walking along the coast of Portugal in the rain.  We had enough torrential rain days when we walked from Porto to Santiago in 2019.  Maybe next time.

In the end we decided to venture beyond Portugal’s borders. Our plan was to spend several days in Porto and then travel by train through regions of Portugal, Spain and France.

Our planned itinerary included stops in Vigo, Leon, Pamplona, Bordeaux, Toulouse, Zaragoza, and Madrid with a final stop in Lisbon before flying back to the US. It was a grand plan and we were all set. And then…

There are moments in life when we just have to sit back, look at the cards we’re dealing with and ask ourselves if it’s going to work. Are the cards stacked against us and is the universe trying to tell us something? Sometimes we can ignore those moments, other times, not so much.

So, with non-refundable flight tickets, ten days of train travel and numerous accommodations booked, we found ourselves face-to-face with a serious case of what-if?

We’re not people who tend to panic at every little advisory, because let’s face it, so much of the daily news is over-inflated at best. However, the coronavirus outbreak is taking hold and spreading rapidly. It definitely caught our attention when the virus presented itself in Spain. Should we go, should we stay? But, those non-refundable tickets.

It’s not so much that we were concerned about getting sick, hell, I can get sick just picking up germs at Costco. Grocery cart handles… yuck. It was more about getting stuck in a hotel lock down situation, or dealing with a cancelled train route, or a closed border, or something similar. If we were traveling nomads it would not have been such a concern for us, but we’re not. We’ve got set calendars and commitments.

We had not called United Airlines to pose the what-if question. Buying non-refundable tickets equates to not getting a refund. We always buy non-refundable because we save a lot of money, but, it can be a gamble. It’s never before been a problem though and hopefully, it won’t be in the future.

With the days ticking by we decided what the hell, let’s make a phone call. We contacted United Airlines and posed the question. Even though we have non-refundable tickets, can we get a refund due to the outbreak of the Coronavirus, as it is in the regions we plan to travel?

Are we disappointed? Of course we are, for several reasons. In the big picture though, it doesn’t matter a damn that our apartment sold or that it may impact our expat experiment.

It doesn’t matter a damn that we won’t travel by train through Portugal, Spain and France. Yes, it would have been a grand adventure, but everything we cancelled, can be booked again in the future.

It’s possible, had we made the trip, that everything would have been fine. We’ll never know. But what matters most is trusting our instincts, paying attention and making the best decisions that work for us, and our loved ones. More than anything, staying healthy and staying safe takes precedence. The rest will fall in to place as it’s supposed to.