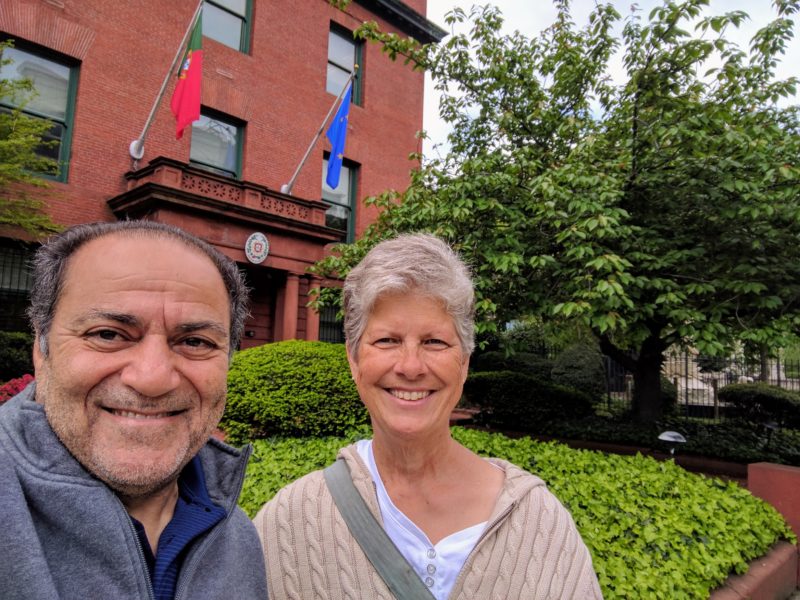 With 30 minutes to spare, we ordered our standard Starbucks, Americana and Chai Latte, and sat down to catch our breath and sip the hot steamy goodness.  As we sat and sipped, we casually browsed our paperwork and quickly realized we had forgotten probably the most important piece of the puzzle, our passports.  All we could do was slap a face palm and laugh. For two people who are ridiculously organized, to the point of obsession at times, how in the hell did we forget our passports?

It’s not hard to imagine, I suppose.  We are living in organized chaos surrounded by boxes as we pack to move and simultaneously work to organize the next chapter of redefining our retirement.  We’d had the appointment on the calendar for over 2 months and suddenly we found ourselves just 30 minutes from our allotted time at the Portugal Consulate in Washington, D.C., having left our passports securely tucked away at home.  You know, so we wouldn’t misplace them in the chaos.  Oy vey!

We figured out fairly early on that our experiment in country living retirement probably would not pan out for the long haul.  And, it wasn’t long after that realization we began to map out the next chapter which we titled, “The Expat Experiment.”  We’ve been toying with the idea of traveling throughout Europe without time constraints for the past couple of years, but thinking it and doing it are vastly different.  It’s very much a process. 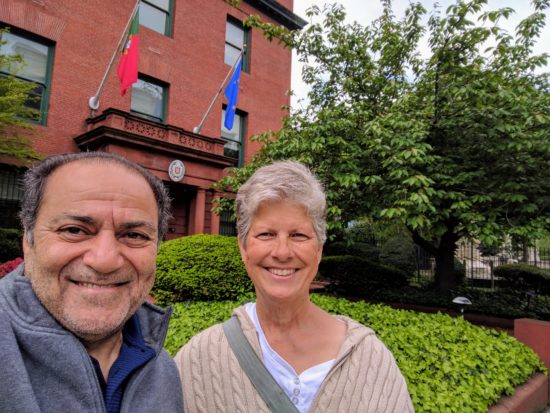 All smiles after our appointment at the Portugal Consulate in Washington, DC.

Which leads us back to 30 minutes out from our appointment at the Portugal Consulate, because the first step in our expat experiment was to apply for residency visas in Portugal.  Wait!  Hold on! Don’t get excited!  I already know what you’re thinking, “They’re moving to Portugal?!”  No. We are not.  But what we are doing is positioning ourselves to travel freely throughout Europe, without time constraints and without having to adhere to the Schengen rules.

We’re positioning ourselves to explore the possibility of living between both worlds with a home base here in northern Maryland and a second, but more modest base in Portugal.  We’re not even certain this is something we want to do in the long run, but we know we have to take a few steps forward in the process before we can even explore the possibility.  It’s good to have options, especially when the governing administration in the US is moving in a direction that has the potential to directly impact the retirement path of millions of baby-boomers.

But, I digress.  It turned out technology was the saving grace of our appointment at the consulate.  Abi, thankfully, had photos of our passports in his phone’s photo bank.  While at the consulate he emailed the photos to the clerk, she printed them out and added them to our applications.  Phew…

Here’s the list of documents we each needed to submit in order to apply for a 4-month residency visa.

I have to say the most challenging part of assembling our application package was the FBI fingerprint clearance.   Neither of us had any idea that fingerprints fade as one ages.  It was actually rather comical as the technician tried repeatedly to secure a good set of scanned prints for each of us.  “What if the FBI doesn’t accept these, it’s not like they’ll be any better the next time,” I asked.  To which he replied, “They take your age in to account and they can also use your social security number.”  I looked at Abi and said, “We could rob a bank and totally get away with it!”

In the end, the appointment at the consulate took less than 30 minutes.  Now, we wait while our applications are sent to Portugal for approval. Once they’re back we’ll return to the consulate and our passports will be stamped with the visas.  Unless of course we forget them.

To Read More Expat “How To” Stories:

No Particular Place to Go – Portugal 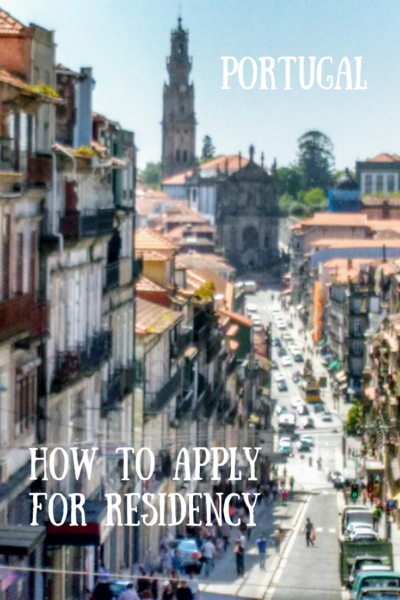