We Closed the Book

“I can’t believe we’re doing this again after just two years,” said Abi as we drove the U-Haul truck to our rented storage unit.  In 2011 we moved from California (after 30+ years) to Oregon where we took on our lives as innkeepers.  Just 3 1/2 years later we received an offer that could only be defined as too good to pass on, so in 2014 we moved from Oregon to northern Maryland and settled in to apartment life knowing full well there would be another move.  In 2015 we bought our little brick house that sat in the middle of the prettiest five acres of land and settled in to our experiment in country living.  But this past Saturday, just shy of two years from moving in, we moved out of our house. On Sunday we cleaned and on Monday we closed escrow and closed the book on this chapter of redefining our path of retirement.

It was never meant to be ours, that sweet little brick house sitting in the middle of five acres.  It was meant to be theirs, of this we are certain.  Two of the kindest people we know and between the four of us we put together the house sale and never a harsh word passed between us.  We had an 11th hour glitch, but that just made it all the more interesting and we worked our way through it.  They are an updated version of The Brady Bunch; a newly blended family of eight. They are over the moon thrilled with their little brick house which sits maybe 200 steps away from their big farm house and their five acres of land, their horse, their goats, their pig and their dog.  And, I’m fairly certain their menagerie of animals will continue to grow… rapidly.  We wish them all the best in their new lives together and we consider ourselves fortunate to have played a small role in making it happen. 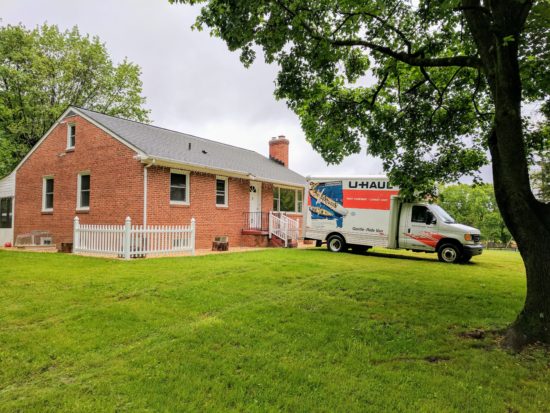 It was never meant to be ours, of this we are certain.

It’s a bit surreal to purposely position oneself to not have a home, an abode, a domicile, a place to call your own and hang your hat.  But, the way we look at it, our place is still out there waiting for us.  The perfect little spot where we will one day unpack all of our boxes, hang our hats and declare ourselves, “home” for a good long while.  A place to grow old together.  Sounds lovely, doesn’t it?

But, in the meantime… yes, in the meantime.  We are working to wrap our heads around what we’ve just done and the unknown we’re about to take on.  It’s a lot to digest, but it’s all good. It just takes a bit of adjusting to a somewhat strange new reality. We are currently in Virginia where we are staying in the home of friends/family who graciously offered us their home while they themselves are touring Italy. Ah… Italy.  It’s on our list.

Now, we wait.  We wait for our visas to be approved by the powers-to-be in Portugal. Once the approval arrives we’ll head back to the Portugal Consulate in Washington, DC to have our passports stamped. This should happen, in theory, right around the first week of June.  Once we get those magical visas we’ll book our flights and we’ll be on our way.

While we wait, we have some serious planning to do.  We need to switch our brain gears from home selling to travel planning.  We are SUPER excited to tell y’all that we’ve partnered with Eurail and from mid July to mid September we’ll be riding the rails across Europe hosted by Eurail.  Yay!  And, guess what?!  We haven’t planned a thing!  Oy vey!  We’ve got 15 days of Eurail train travel to put to good use and we’ve got eight weeks in which to travel.  So, what do you think?  Where should we go?

A Leap of Faith