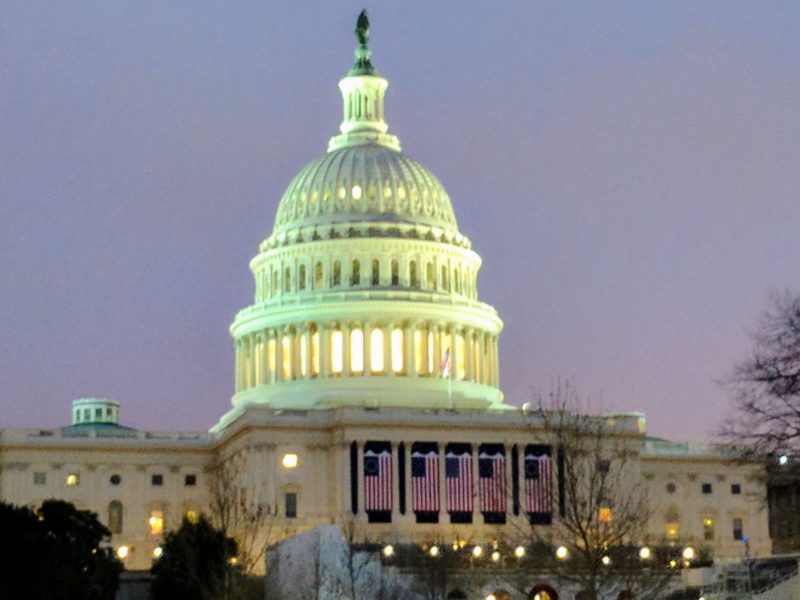 I’m pretty sure it’s not a real thing, but I’m also pretty sure I have a Women’s March on Washington hangover.  I woke up with a headache, my body aches and I’m beyond tired.  But at the same time I’ve never felt more empowered.  #protesthangover.  We left home at 7:00 a.m. yesterday morning and didn’t make it back until 10:00 p.m.  To say it was a long day, well… judge for yourself.

When you’re retired, alarm clocks are only for absolute necessities. You know, like making sure you get out of bed to go join 100’s of thousands of protestors in the streets of our nation’s capital.  So when the alarm squawked at us at 6:30 a.m. it was in fact what’s known as a rude awakening.

Because we wanted to attend the Women’s March on Washington with our peeps, we drove 45 minutes to Virginia to meet our little march contingent and from there we headed to the Metro Station.  As we stood on the platform and watched 1, 2, 3 trains packed like sardines pass by, it was time for Plan B.  We hopped on a train traveling in the opposite direction, rode it to the end, and then happily sat back as the train reversed itself and headed back toward DC.

We chose to stay on the Metro long enough to bypass the march area – and packed stations – so by the time we exited the Metro it was probably close to 10:30.  Not wanting to stand in one place for the 3-hour rally, we decided sustenance was a far better choice so we took ourselves out for a hearty breakfast.

The city of Washington DC is a beautiful city with so much to offer visitors and locals alike.  And, it is a city well-trained in handling large crowds and events.  Seemingly though, two back-to-back events (inauguration/march) were a bit too much and I’m pretty sure someone in authority just threw up their arms and said, “What the hell?”  What was supposed to be 200,000 people marching along Independence Avenue, in a nice orderly fashion, turned out to be 500,000 people marching throughout the streets of the National Mall and downtown core.  In my head, epic, is the only word I’ve been able to come up with to describe the day, and it doesn’t even begin to do justice.  No one saw this coming.  And, not just in Washington, DC but in cities all over the country and all over the world.  It was epic.

Truthfully, I was not always on board with attending the march.  I’m not particularly comfortable in large crowds and I was somewhat nervous about the concept of a peaceful protest turning confrontational.  But, it didn’t happen.  We marched and protested for maybe 4 hours and we saw nothing but respect for everyone in attendance.  It’s my understanding there were zero arrests and zero confrontations.  There was definitely a police presence, but again, the massive number of people in the street was way beyond what anyone – city officials, police and organizers alike – could have imagined.  I’ve never in my life seen so many people in one place and I doubt I ever will again.  It was empowering, it was inspiring, it was exhausting and it was exhilarating.  It was epic.

If you’ve seen reports on television or online, you’re probably thinking, how did anyone even begin to move let alone march in that sea of people?  There were times when we were gridlocked, no doubt about that, but there were definite opportunities to march as well and I think I felt the most inspired as we marched along Pennsylvania Avenue; the iconic parade route of presidents.  Drums beating, crowds cheering, chants rising above the din, it filled my ears and my head and it reminded me that we each have a voice and it’s up to each of us to decide how to make ourselves heard.

Sometime around 4:00 ish, we decided to make our way to a Metro station to head home, along with 1,000’s of others.  Knowing we’d be standing – and standing – for a minimum of one hour, probably two, before we’d be able to get on a train we collectively said, “Let’s go!” We left the station and walked another three miles to a distant Metro Station to catch a train, but not before stopping to once again gain sustenance, this time with pizza, sliders, beer, wine and cocktails.  Once off the Metro at 9:00 p.m., it was back in the car for 45 minutes before reaching home and literally falling in to bed.  It was a 15-hour day, our Women’s March on Washington, but it was beyond glorious.  It was, epic.

I learned a lot yesterday, not only about myself but also about this thing called freedom of speech and what it means to live in a democratic society.  I pushed myself way out of my comfort zone to march in peaceful protest and as I wrote in my last post, it was scary to do so, but it was deliciously scary.  If someone who knows me well had said to me 5 years ago that I would be marching among 500,000 people through the streets of Washington, DC, I would have laughed in their face.  But I did it and being there at the Women’s March on Washington was completely life affirming.

Never let anyone define your path by their standards.  I’ve planted both feet into my seventh decade and I think I better buckle up because it looks as if redefining our path of retirement is going to be quite the ride.  It’s going to be epic. 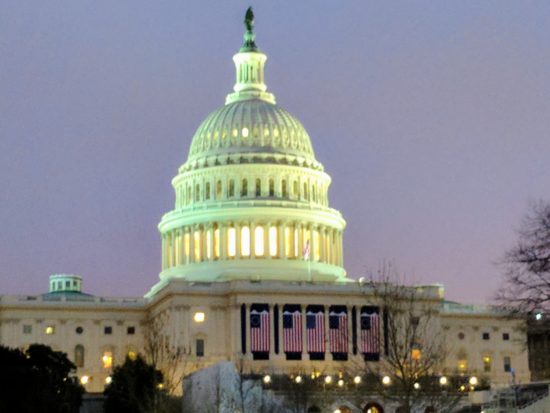 It’s a beautiful building and I never get tired of looking at it. It represents so much.

If We Give in to Fear