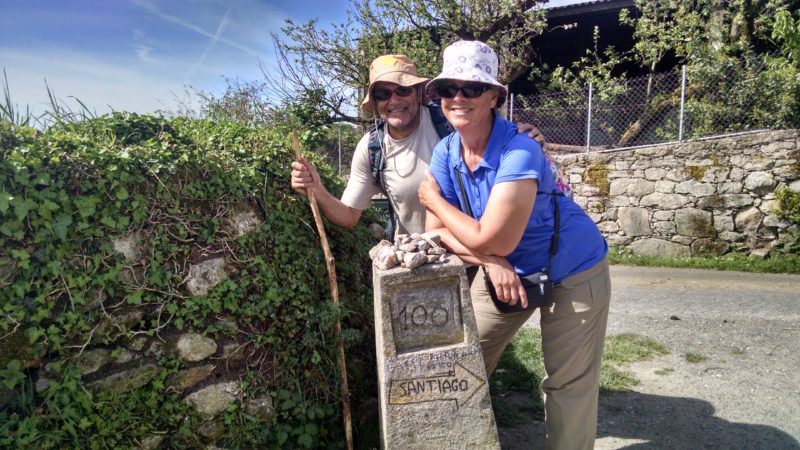 I’ve always embraced the belief that life is what happens to you while you’re busy making other plans.  A well-known phrase quoted by many, but a guiding force in my life.

I am very much a planner. I love a good plan; the details and the organization of a good plan are half of the fun for me.  But as I’ve grown older and hopefully, somewhat wiser, I am much more open to throwing said plans out the window recognizing that there are times when Plan B is, in fact, a better option.

While walking the Camino de Santiago in 2015, our best laid plans included experiencing the entire length of the Camino.  But, as life would have it, my feet became plagued with blisters and we were forced to stop in Leon, Spain where we rested for 4 days in order to give my poor blistered feet a much needed healing period.  As it turned out, stopping in Leon was the best Plan B ever.  We loved our 4 days in Leon, the city has such a positive atmosphere, so much history and such kind people.  If we had forced ourselves – and my feet – to push through Plan A, we would have missed so much.  I could have done without the pain, but those blisters served a purpose. 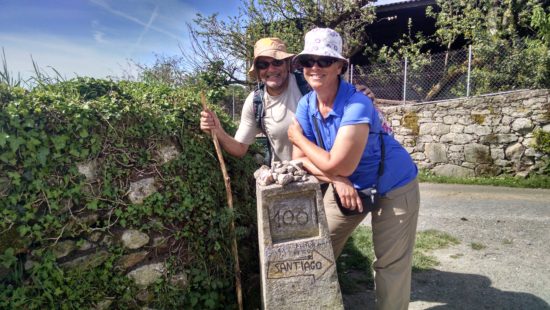 100 kms more to go before we reach Santiago.

Has it happened to you?  Was there a time you thought you had it all figured out only to have it all fall apart?  If so, trust me, you’re not alone!

Scammed in Delhi – Rhonda & Jim of The Next Big Adventure

Best laid plans.  I sat in the car shivering in the night air. Around me cows and camels ambled by, while the streets, even at 1am, were full. It had been a long day, beginning with a steamy departure from Bangkok, only to arrive in Delhi to record low temperature.  I knew we were being scammed. Jim was in an “all night” travel agency, presumably to call the hotel that our taxi driver claimed didn’t exist and/or had never heard of our reservation. Reluctant to leave our backpacks unattended, I had stayed in the car, hoping for good news.

When I finally succumbed to the cold, and managed to drag all of our bags into the agency, I was instead told the hotel claims no reservation, there are no available trains for tomorrow to anywhere in India, and no hotels available at less than $2,000/night! What to do? We knew it was a scam. We called them on the scam. But they persisted and here we were, freezing, in the middle of the night, unsure where we were in this huge, overwhelming city. They offered up a deal. We had planned on going to Rajasthan anyway, right? Why not hire a car and driver for an 18-day tour? And said driver and car JUST HAPPENED to be available to leave right now!

Long story short. It was one of the most amazing, challenging, memorable 18 days of our lives. What began as a total scam became memories we will cherish forever. Thank you, India, for always teaching that sometimes you end up exactly where you needed to be. 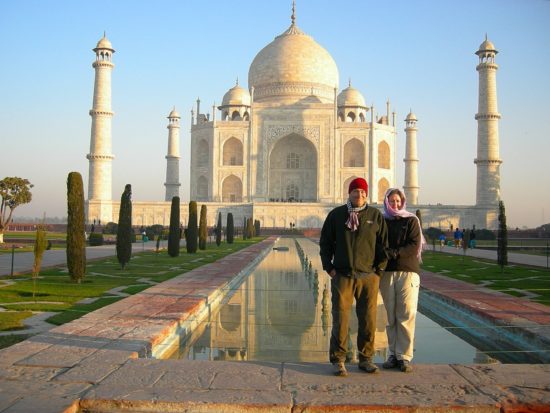 Rhonda & Jim – The Next Big Adventure

Best laid plans for Amy and Andrew.  Our move to Spain at the start of 2016 was an absolute disaster. We’d planned to set down semi-permanent roots in Madrid, but almost immediately, I knew we’d made the wrong decision. To me, Madrid felt unfriendly and I struggled to find its beauty and adjust to Spanish culture. Apartment searching was a nightmare as we couldn’t find anything in our price range and potential landlords kept letting us down. Eventually, we called it quits and admitted that Spain just wasn’t for us. With funds running low, we booked a ticket over to Croatia and hoped for the best.

This time, we struck gold. Instantly, we loved Croatia’s UNESCO towns, turquoise seas, cheap living costs and amazingly friendly people. We spent a month in a beautiful apartment near the ancient city of Split and did some serious thinking about the future. During this healing period we decided that we wanted to move to Thailand and focus on building up a sustainable online income. If it hadn’t been for Spain, we may not be in the happy place we are today; loving life in Chiang Mai and making our digital nomad dreams a reality. 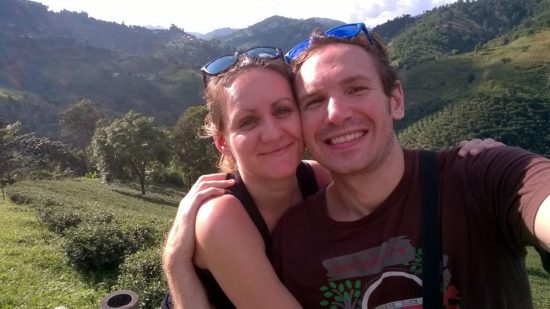 From Plan A to Plan B – Kim of So Many Places

I feel as though my entire life can be described by this Plan A/Plan B dichotomy. Plan A: cubicle job, marriage, mortgage, kids. Plan B: the great swath of possibility that comes with the unknown, of following silently harbored dreams. I lived Plan A for awhile and, though it probably looked like it was working from the outside, it wasn’t quite working for me on the inside. So, with a great deal of fear and internal resistance, I decided to draw up Plan B.  You know, because the best laid plans…

Plan B took me away from my cubicle job and my mortgage. It took me around the globe, to the tops of mountains and the warmth of oceans, to my career as an author and freelance writer. Plan B took my marriage to the brink and then pulled it back again. Plan B gave me a daughter. Sometimes I wonder what my life would look like if I’d stuck with Plan A. It might be a bit easier, a bit more comfortable, more predictable, more secure. Plan A has it’s allure, some days. But Plan B has a call I can’t quit hearing. It beckons me with it’s steady, true voice, toward those distant hills. 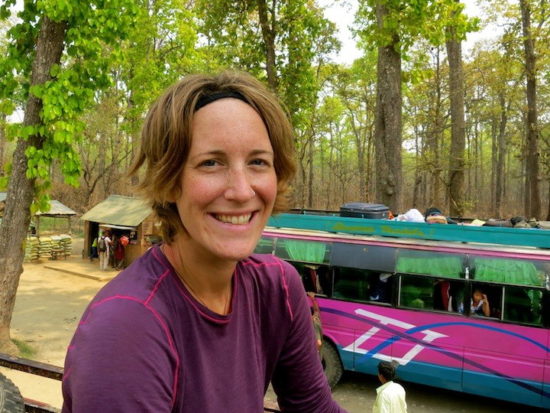 Kim of So Many Places.

As we edge our way into a new year filled with equal parts of hope, faith, challenge and the need to fight the good fight, I will remember to embrace the potential of a Plan B because after all, life is what happens to you while you’re busy making other plans.

What’s your Plan B story?