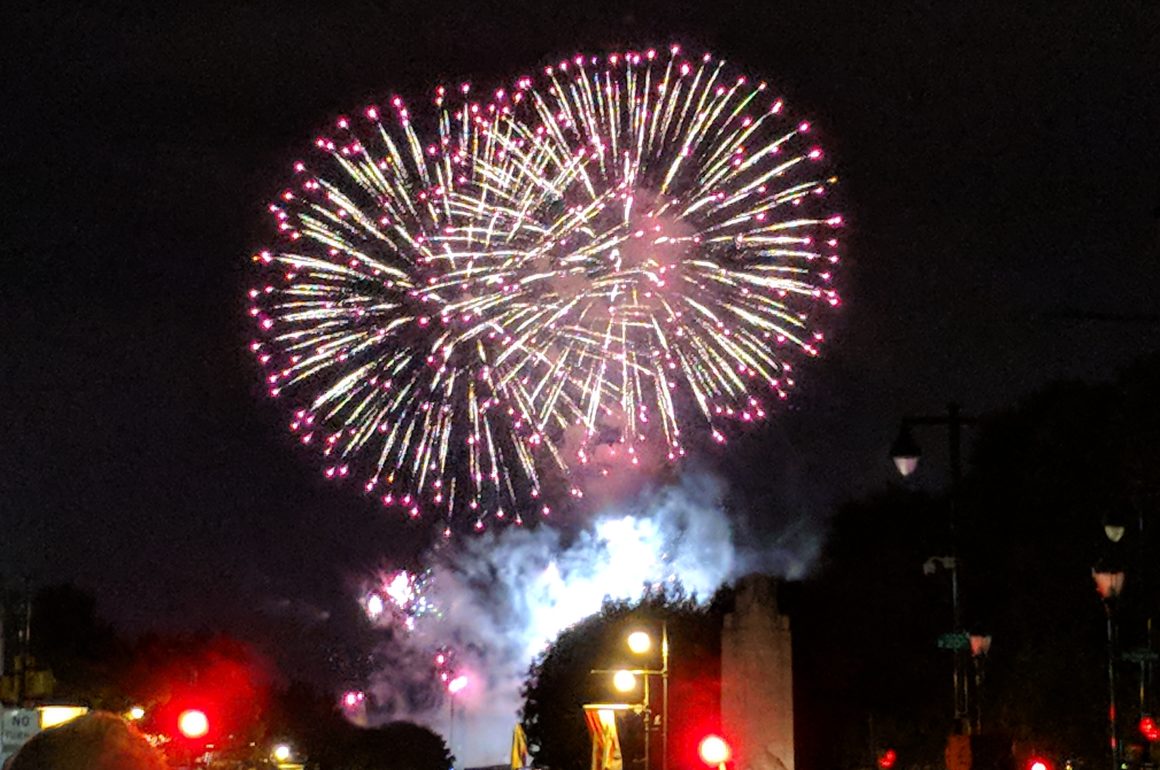 Truth be told I’ve never taken a sauna, but as we stepped off the bus in Philadelphia I figured it was about as close to a deep sweat sauna experience as I ever hope to get, which is never.

We thought it would be interesting to stop in Philadelphia for two days before continuing on to New York City,  as neither of us had ever been before. And, since it was the 3rd and 4th of July, it seemed like a good red, white and blue spirited idea. Fourth of July in Philadelphia, why not?   Little did we know the east coast would be burning with a fever-like intensity.  Hot and humid doesn’t even begin to describe it, a.k.a. sauna.

The 4th of July in Philadelphia

Of course the thunder roared, the lightening struck and the torrential rain poured on our first evening, leaving us dashing to find a quick bite to eat for dinner and pretty much being confined to our hotel room for the night.  But, we made up for it the next day, the 4th of July.  There was just one little glitch.

It was the 4th of July, a holiday, duh.  Streets were closed and traffic rerouted for the holiday festivals and places such as the Reading Terminal Market were closed. That was a bummer because I was very much looking forward to exploring and eating our way through the market. Oh well.  We still managed just fine to get a good feel for what Philadelphia had to offer.

The Wheels on the Bus

One of our favorite things to do when visiting a new city, aside from walking everywhere, is to take a tour on a Big Bus or a Hop On/Off Bus and stay on it for the entire route.  It’s a great way to get a feel for the city and to pinpoint places that we want to see and experience.  This is where the 4th of July wreaked a little havoc with our game plan though because as I said, some of the streets the Big Bus would normally include in the tour, were closed due to the holiday festivals.

Nonetheless, it was a good tour and we were smart enough to catch an early bus so we wouldn’t bake in the intense afternoon sun while riding up top in the open air.  Because it’s always fun to sit up top, right? 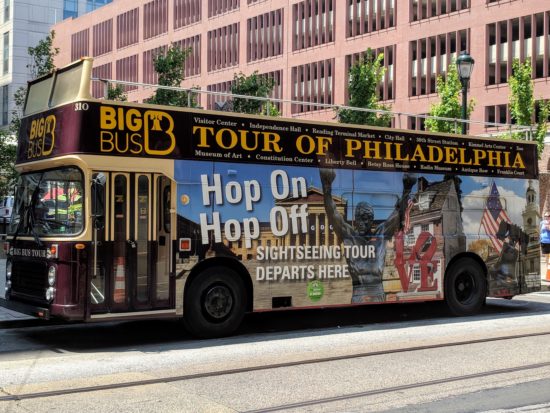 The Big Bus of Philadelphia gives a great glimpse of what the city has to offer, with real live tour guides on the bus who are a wealth of information.  We never did see Rocky.

Philadelphia, as it turns out, is also where we spent several hours behind bars at the Eastern State Penitentiary.  Travel tip:  Big Bus has a shuttle service to/from the Penitentiary.  That’s right, we walked in the past footprints of the likes of Al Capone, who reportedly, received special treatment while incarcerated.

Opened in 1829 Eastern State was conceived to be a prison of reform, where inmates were completely isolated in individual cells which, in theory, would inspire penitence. Hence the name penitentiary. It was a prison before its time so-to-speak with running water and central heat. 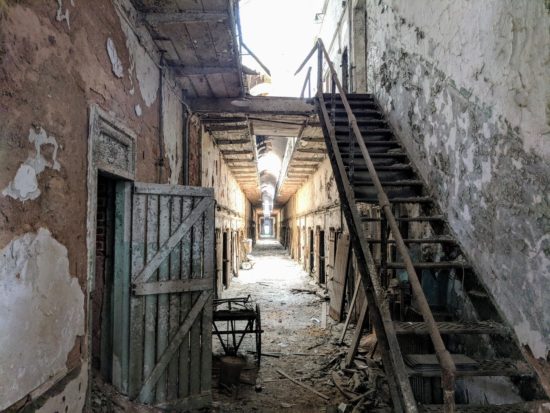 An abandoned 2-story wing of cells at Eastern State Penitentiary.

Inmates were kept isolated so that they could reflect and truly be penitent for their crimes.  Upon arrival the inmate would be hooded, as he was transitioned, so that his identity was not known to anyone. The idea behind the practice was that once released, said inmate could integrate back in to society without being recognized as a former prisoner.  A bible was the only possession allowed, while skills such as shoe making were taught.  Inmates literally never saw anyone else and spent just 1 hour a day in a private outdoor space. 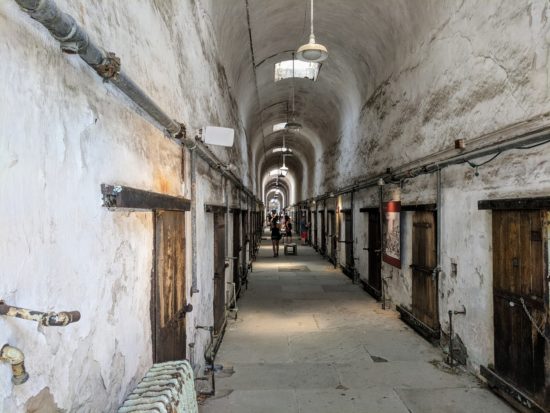 A renovated wing of the private cells. Some cells are open for visitors to step inside and experience the space.  The tour includes an audio guide, which is quite good, and allows visitors to set their own pace.

Over the decades the penitentiary was forced to change in order to accommodate the increasing number of inmates and the increasing recognition of isolation being a punishment rather than an opportunity for true penitence.  Second stories were added to the wings of cell blocks, inmates shared spaces, and a hospital was opened all in an attempt to update and accommodate the growing needs of the prison population.

The penitentiary closed in 1971 after 142 years of operation, and after housing 75,000 +/- inmates. In the mid 1960’s it was declared a National Historic Landmark.  It really was quite a fascinating experience and as I have written many times, one of my favorite things about travel is walking in the path of those who came before us.  Even if those paths lie within the walls of a penitentiary.

Being that it was the 4th of July and we were in Philadelphia, a trip to the Liberty Bell was of course on the agenda.  I can’t say that we were giddy with glee at the prospect, but it was in fact pretty cool to see the bell in all of it’s cracked glory.  And, while we were in the vicinity we made our way to Independence Hall, where the Declaration of Independence and the Constitution were signed. 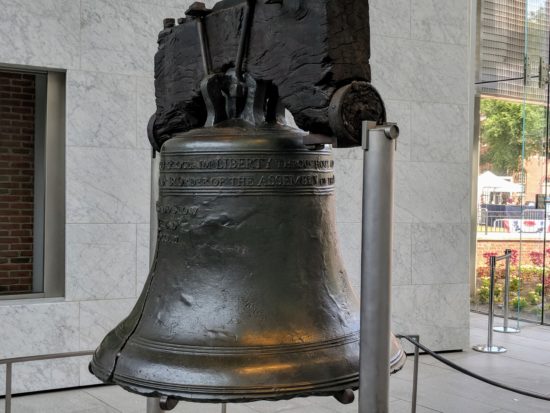 The Liberty Bell.  Note the crack!

Now, here’s where Abi excels in patience and where I always fail.  The line to take the 15-minute “step inside Independence Hall” tour was l-o-n-g.  I asked a park ranger, just how long it would take and he claimed ignorance on the matter but did state that 75 people were admitted every 15 minutes.  Quickly doing the guesstimate we calculated at least an hour standing in line.  Have I mentioned the fever-like intensity heat wave? 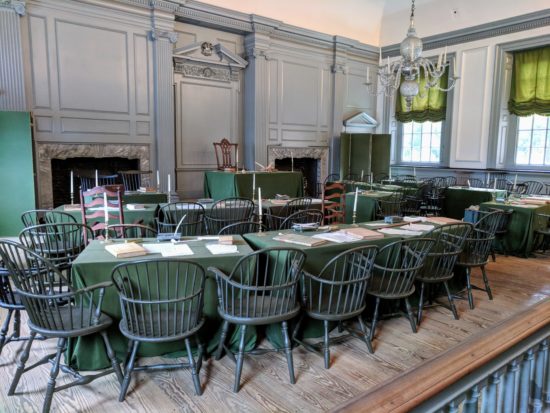 The interior of Independence Hall. Seemingly, the country is still struggling to uphold the constitution.

Abi, ever diligent, waited in line while I bench hopped.  It was another fine moment of walking in the path of those who came before us. I should note here that there were some serious security checks to enter the Independence Hall complex.  The guard literally opened my wallet while I stood with my silent aghast face. Abi was asked to turn on his phone so the guard could see that it was a “real” phone.  What?!   I don’t know if this was the status quo, or if there were a few overly eager newbie guards on duty, or if it had something to do with the large holiday crowds, but it was seriously over-the-top.

And, speaking of the 4th of July, what would it be without a grand fireworks display?  Philadelphia did not disappoint.  We stayed fairly far back from the action.  We couldn’t hear if there was music playing, but the fireworks were indeed grand. 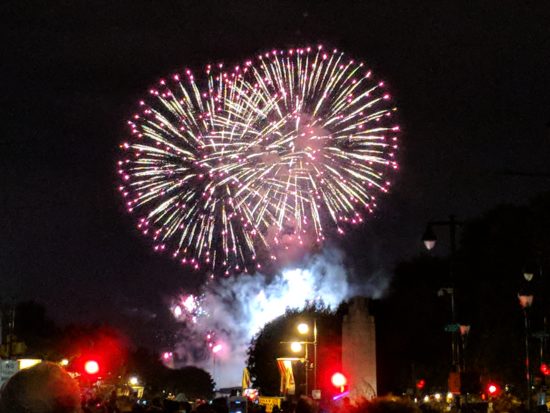 4th of July fireworks in Philadelphia did not disappoint. 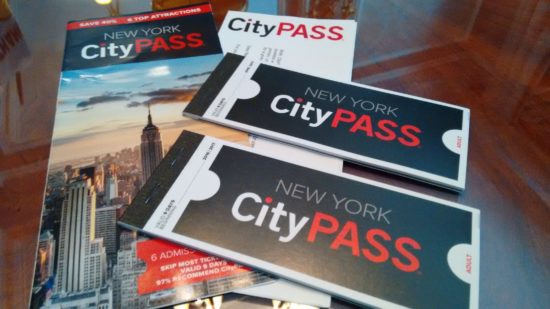 Discover CityPASS, an exceptional way to affordably experience all that a city has to offer. 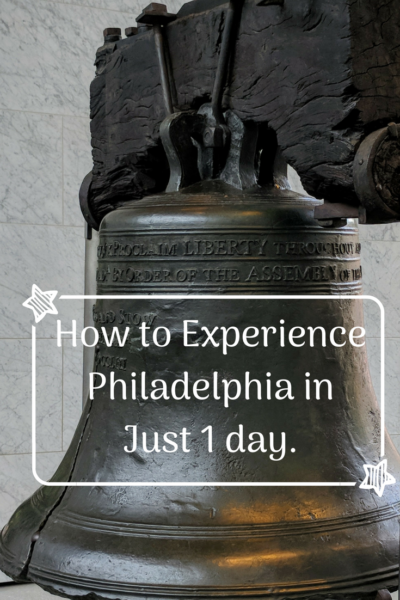