Wheel of Fortune, My Claim to Fame ~ 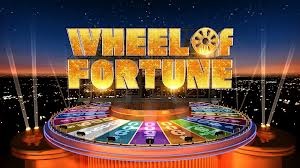 “Will you marry me, Patti?” quipped Pat Sajak, the host of Wheel of Fortune, to which of course I replied, “Sure,” even though I was obviously already married.  But because I wasn’t sure what to write on my bio card, I wrote, pastry chef, which was true at the time as I baked a lot of the desserts for our restaurant and it’s why Pat asked me to marry him.  Apparently, he liked desserts. But back up…

Once upon a time (isn’t that how all good stories begin) I was a contestant on the Wheel of Fortune Game Show.  Yep, it’s true.  And I gotta tell ya it was one heck of a good time and it’s my only claim to fame!

My first attempt to get on the show was a dismal failure.  It’s one thing to be really good at solving puzzles while sitting in the comfort of your home where you can yell at the television, it’s another to be sitting in a room with a whole lot of people vying for your spot on the show.  I was so confident (maybe too confident) that I booked a morning flight from San Jose to Los Angeles, rented a car, crawled along the 405 to Burbank and stood in what I believed to be the end of the long line outside the theater.  Ha!  As luck would have it they opened the door, reversed the line and I was actually at the front, but it didn’t matter a damn.  Everyone was escorted in, assigned a desk and given a sheet of puzzles to solve in about 3 minutes.  This is not as easy as it sounds, clearly, because I didn’t make it and flew home the same day hanging my head.

About a year later I happened to be in Los Angeles and thought, what the hell?  This time, I solved enough of the puzzles that I was asked to stay for a brief – very brief – interview and I thought to myself, I’ve got nothing to lose so I bubbled and smiled and landed a spot on the show.

A few months later – October, I think – I was back in Los Angeles with 2 outfits in hand because they tell you to bring 2, in case your show goes over a day or something like that.  The best surprise was the set was decorated for the holidays so I knew my show would be aired around Christmas.

It’s a surreal experience to be on television, lots of behind the scenes action going on.  Before they begin taping all of the contestants are asked to spin the wheel and put a hand out so they can feel that the wheel spokes are actually soft and do not hurt. 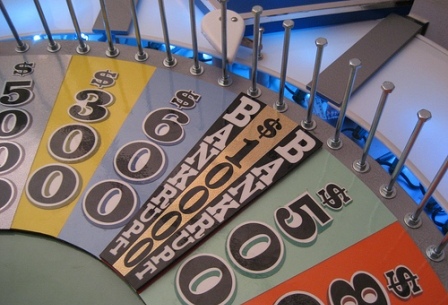 When the show has to go to a commercial break, the 3 contestants have to turn their back to the wheel and sit down on the platform.  While the show is taping, they display a list of used letters, out of the camera’s view, and a tally of your accumulated dollar amount – or at least they did 27 years ago.  Yes, that’s how long it has been.

The other 2 contestants had each won 1 round and I was dying inside thinking I had gotten that far and wouldn’t win anything but finally, I pulled it out of the hat and solved the 3rd and final puzzle, “Ripsnorting Good Time.”  What the hell?!  But that was my prize winner.  Way back then the stage had a revolving set display filled with prizes and contestants spent their money right after their win.  I chose a 7-night vacation in St. Petersburg, FL, (I was even interviewed by a local reporter) a portable VHS player, (VHS – Remember those?) and a Tiffany’s gift certificate for the left over $75 from my total win of $2,700 (I think)  Yeah, like what can you buy from Tiffany’s for $75?!  But it was either Tiffany’s or a 20lb. chocolate bar.

As it turned out, when I solved my puzzle I didn’t realize I had tied with the other contestant so we had a play off round and sadly, I had a monumental brain fart and couldn’t see the solve, so he took it.  Oh well.  And here’s another behind the scenes tidbit… the moment the taping ends and you step off of the stage, you are required to sign a tax form declaring your winnings.

Now, the really cool thing for me was that because my show aired during the holidays, my show (yeah, like it was “my” show) aired as a repeat episode and I received a boat load of prizes delivered to my door, including a dishwasher, which at the time was awesome because our house didn’t have one.  Double score!

I don’t have any photos, not allowed at the time, but I do have it on tape as I had someone record the show for me.  When I was an elementary school teacher at the end of every school year I would surprise my students and show them the tape.  I wouldn’t tell them what I was going to show them so they were always blown away, which was pretty fun.

And that my friends is my little story and you know what?  I haven’t watched the show in years.

What’s your 15-minute claim to fame?

Resolutions, The Art of Self-Deception ~

Protestors Take to the Streets of America

I Have a Thing About Taking Pictures of Signs
Share: