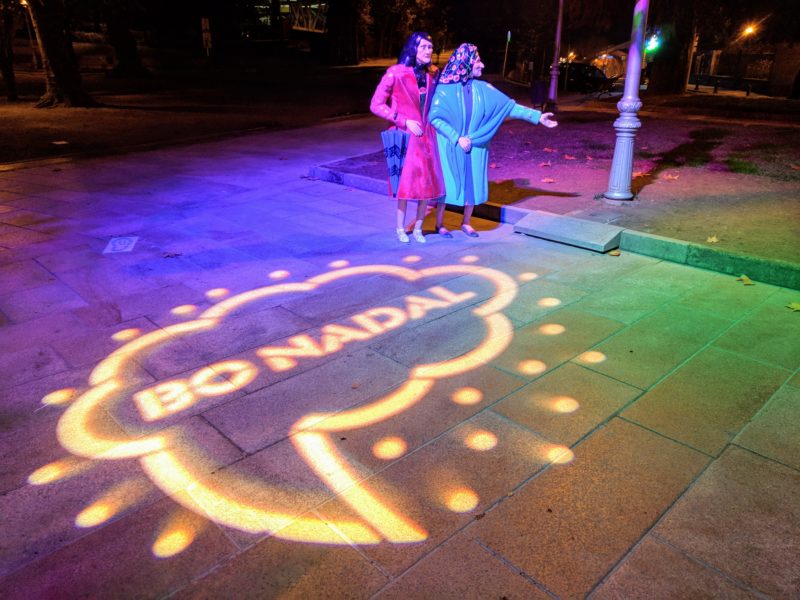 A Return to Santiago de Compostela

After 35 days and 350 miles we walked in to Santiago de Compostela, Spain, on May 17, 2015.  We were beyond tired and physically beat.  The next day we witnessed the pilgrims mass at the Cathedral and garnered our certificates of completion from the pilgrims office.  The day after that… we boarded a train for Porto.  Our 48 hours in Santiago were not much more than a blur of exhaustion.

Two and a half years later, on December 4, 2017, we arrived back in Santiago, only this time we arrived by train.  As we stood in the square outside of the Cathedral, I was overwhelmed with a flood of Camino memories and emotional tears quickly fell.  It was surreal to be back.

Christmas in Spain can be a lovely experience and since we were somewhat nearby we boarded a train in Porto, Portugal with our sights set on a return to Santiago de Compostela.  Our goal was to retrace a few of our final Camino steps, relive a few Camino memories and enjoy the city decked out in Christmas splendor.  The trip did not disappoint.

Although it is somewhat small with just 30 or so kiosks, the city does host a Christmas market – Mercado de Nadal.  With twinkle lights flickering against the cold night sky and the wonderful smell of freshly fried churros in the air, the charming little market is a must see. 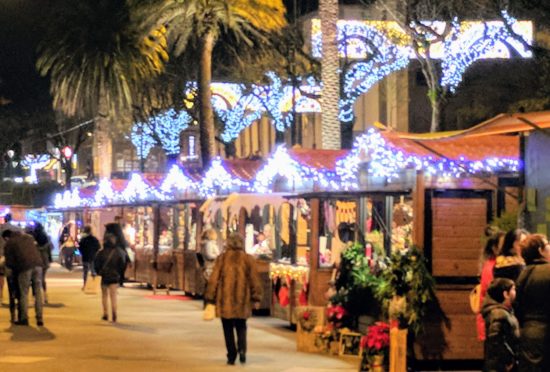 And, the market’s location is just across the road from the Alameda Park which was equally decked out with twinkling Christmas lights and a couple of welcoming local women were on hand to wish passers-by a Bo Nadal. 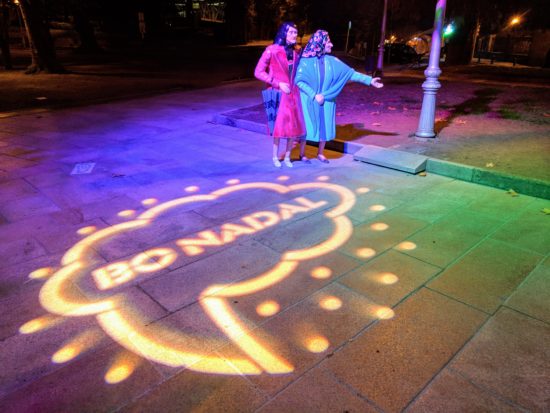 Christmas is also a great time of year to try a few new culinary taste treats and what better place to do so than in Santiago de Compostela?  There is absolutely nothing better than the combination of Sangria and Padron peppers and we think Spain offers up the best.  And, if you’re looking for a little more sustenance, look no further than the windows of bistros where you can watch the chefs grill your steak over an open fire.  Seriously, yum!

The dining choices in the city are plentiful and offer everything from local specialties to KFC, depending on what you’re craving.  We enjoyed the local favorites by indulging in Sangira, Padron peppers, Spanish tortillas (which we ate every day while walking the Camino) tapas, tapas, and more tapas, and grilled steak with potatoes and salad, which was beyond delicious.  So, no, you won’t go hungry! 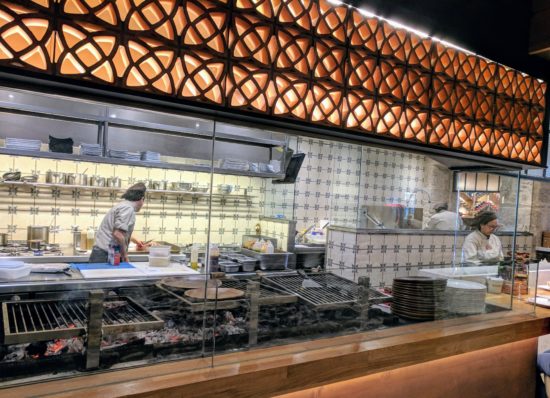 The open flame grill at El Papatorio. The restaurant is a local favorite known for grilled steak. Yum!

One of our favorite things to do – and I’ve said this many times – is to just head out the door of our accommodations and start walking.  We’ve been known to get lost but we always manage to circle back and most often we discover a hidden treasure we had no idea to even look for.  We found such a treasure at a small church, the Igrexa San Fix de Solovio.  A nativity scene like we’ve never seen before greeted us as we stepped inside.

It must have been 40 feet long by 12 feet wide, and it was not only illuminated, there were hundreds of figurines of people and animals that were animated.  Even the sheep were baa, baa, baaing.  It made me feel child-like as I stared at the scene in wide-eyed wonder.

In the end, we came full circle so-to-speak by returning to Santiago de Compostela.  This time we were wide awake and ready to explore the city that hosted our final steps of our Camino.  And, it turned out that it was a lovely time to return as the city was beautiful with so much to offer our senses.  Not only with the merriment of twinkle lights illuminating all of the historic narrow streets of the city center, but also with the quietness of the time of year.

It’s a city that’s known for its rich religious heritage and hundreds of thousands of pilgrims taking their final steps on their Camino journeys each year.  To experience the city at a time when it’s not about all of that, but rather just about being there in the cold crisp air of December, was the perfect ending to a journey we physically finished 2 1/2 years ago, but emotionally finished just a few days ago. 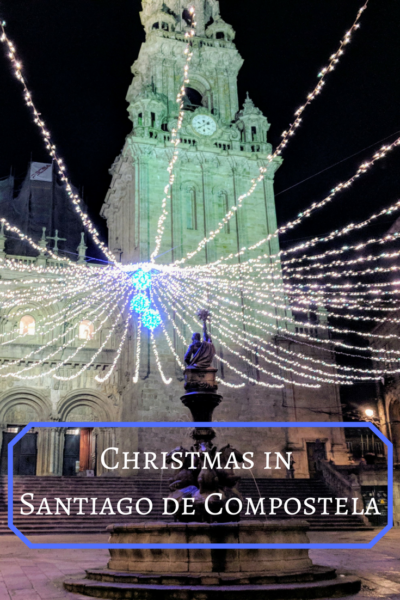 How to Pack for the Camino de Santiago