Volunteering in the Dominican Republic 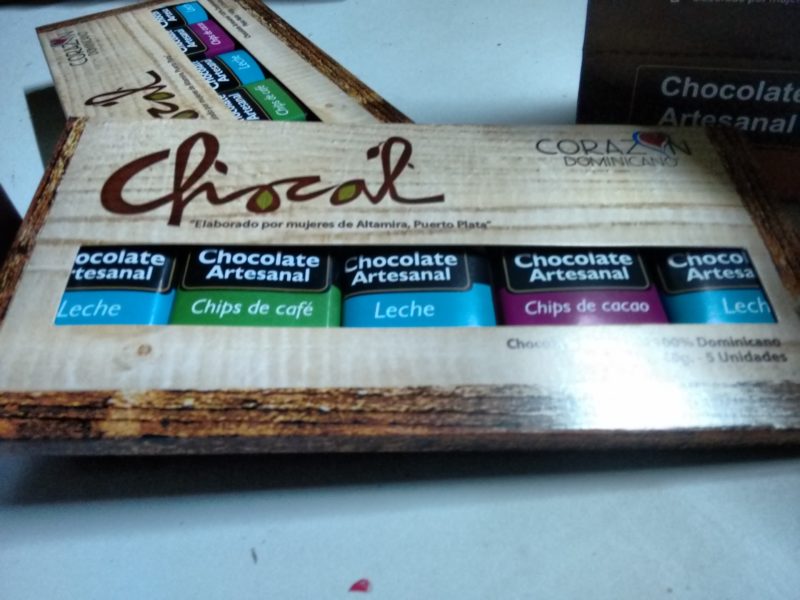 Being home for the past couple of weeks I’ve had time to ponder the whole idea of volunteering while traveling and guess what? I don’t know anymore than I did the day we stepped on board the Adonia bound for the Dominican Republic.  I see both sides of the fence, so-to-speak, but I’m not sure which side I favor, if either.  But more on those thoughts to come as I ponder further.  Deep thinker, don’t ya know.

In partnership with two local organizations, Entrena and IDDI, Fathom Travel has launched an opportunity for travelers to take what might be called an out of the box cruise; a cruise to a lush island where they can not only experience a few days of open sea cruising, on board the Adonia, but they can soak up the sun while relaxing at the beautiful Amber Cove. And, perhaps most importantly, spend a portion of their days getting to know and working alongside members of the local communities.

Three Days in the Dominican Republic

Within an hour or so of docking at Amber Cove, Abi was off the ship and on the bus heading off to the countryside to dig in the dirt.  His participation with the reforestation project was time well-spent and he left feeling as if he had truly helped. Over the next 2 1/2 days, together we signed on to volunteer at the Chocal Women’s Chocolate Cooperative and RePapel; two groups of amazing women making a difference in their communities.

While at Chocal, we worked our way through four stations where we sorted through trays of cocoa nibs and seeds, filled chocolate molds and literally cut pieces of foil paper in which they wrapped the chocolate bars.  And, the name says it all – cooperative. Imagine, wrapping 1,000’s of chocolate bars by hand. 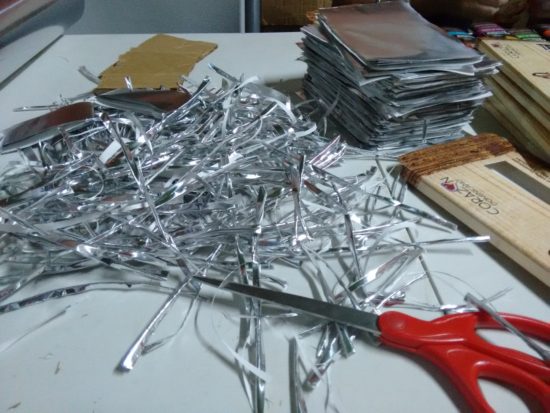 Cutting the foil paper in which they wrap the chocolate bars.

We learned a lot about making chocolate, but by far our best (and impromptu) moments were spent with a neighboring farmer who walked us through his cocoa trees and talked to us – through translators – about his trees.   He took a cocoa pod, split it open and encouraged us to taste one of the seeds.  I can’t tell you how much of a stretch it was for me to put that slimy wet slippery seed into my mouth (I made Abi go first), but I did and it was surprisingly sweet.  The actual seed though was bitter and nasty.  I don’t think anyone could look at a cocoa pod and think, mmmm….. chocolate. 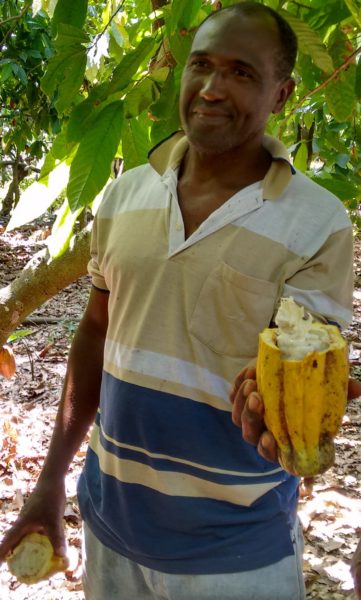 Getting up close and personal with a cocoa pod – such a kind man.

At RePapel we sat in a small brick room and tore paper into strips while sorting the printed strips from the plain and listened to the stories of the women.  Women who work to make a better life for their families and for the future of their children.  They recycle paper and with that paper they make note cards and tablets.  Others make jewelry out of coffee beans.  While still others make candles and coasters.  It is a working cooperative of recycling and repurposing. 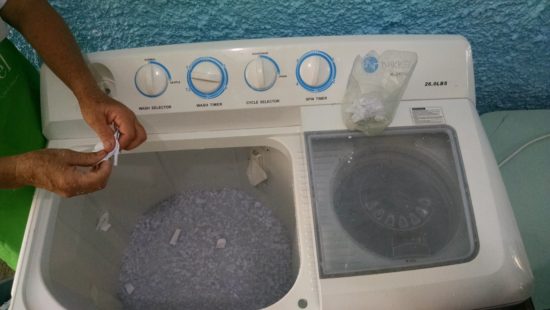 The women of RePapel have an infectious spirit.  You can’t spend time with them and not leave feeling just a little bit better about the world, and perhaps a bit humbled. 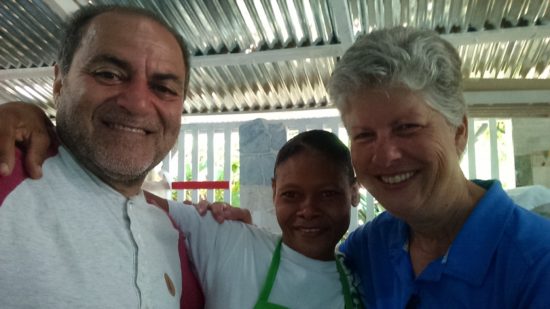 I wish I could remember her name – she couldn’t be any sweeter.  She was dancing and singing throughout our visit.

Our time spent working alongside the spirited women of the Chocal and RePapel Women’s Cooperatives was not only inspiring, it was humbling.  We take so much for granted in our first world lives.  We don’t think twice when it comes to picking up a chocolate bar in our local grocery store, or buying a ream of paper from Staples.  Yet, I don’t think I’ll ever again do these two simple tasks in quite the same mindset after having spent time in the Dominican Republic.

More photos from our time spent at Chocal and RePapel: 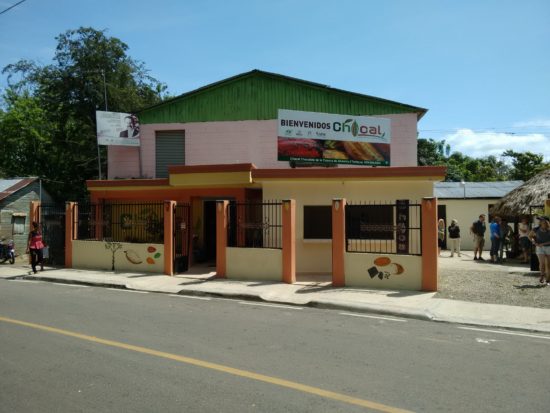 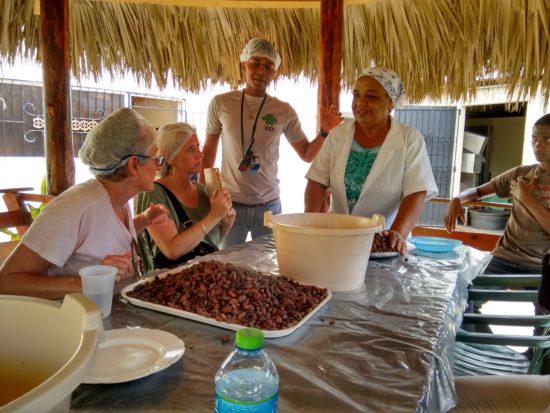 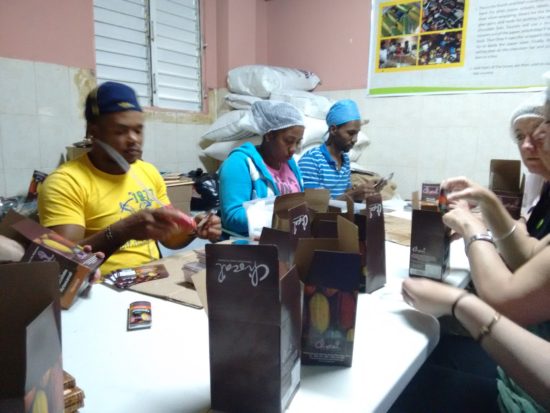 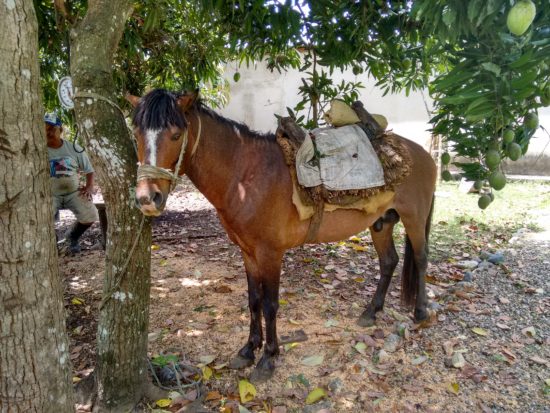 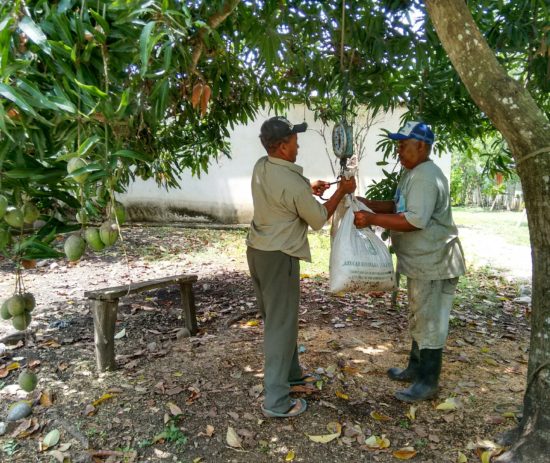 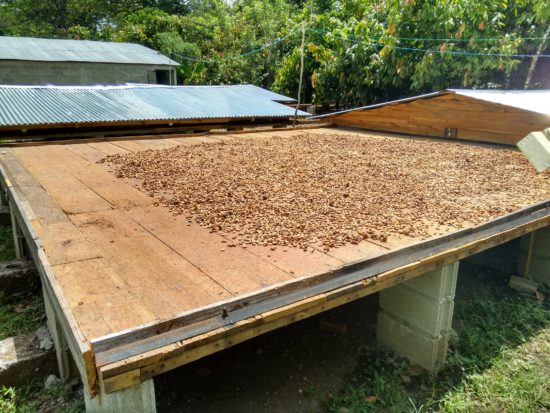 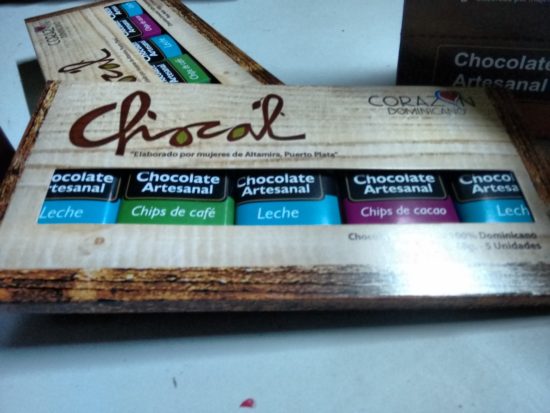 The finished product – This box sells for $10 at the Chocal shop. 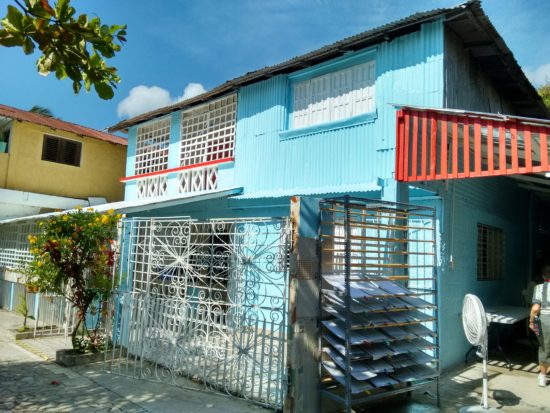 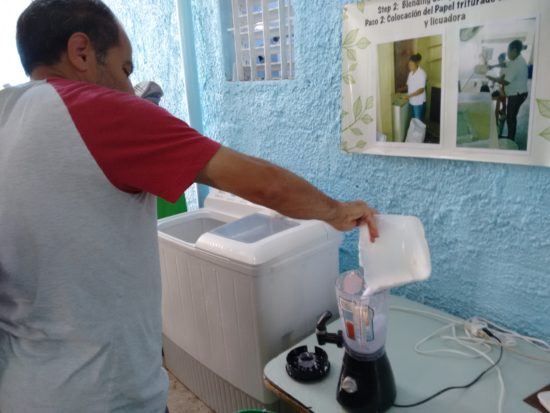 Pouring the mulch into a blender. 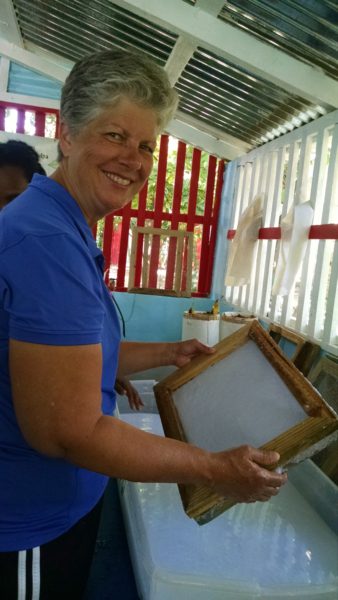 Look, I made a piece of paper. 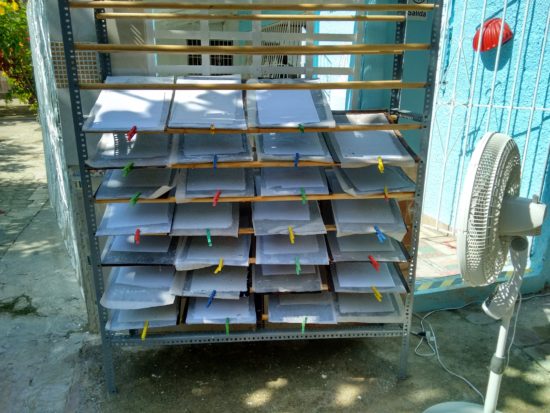 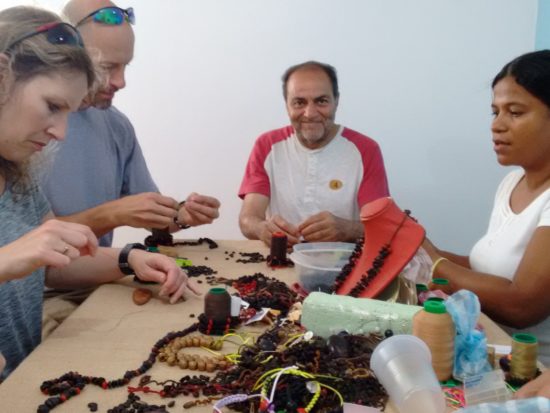 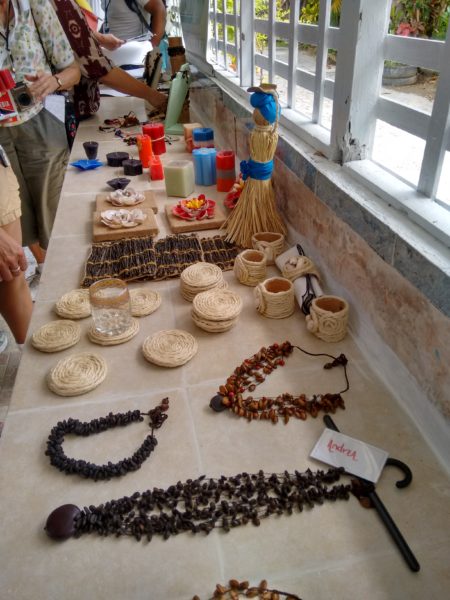 We were gently encouraged to shop.