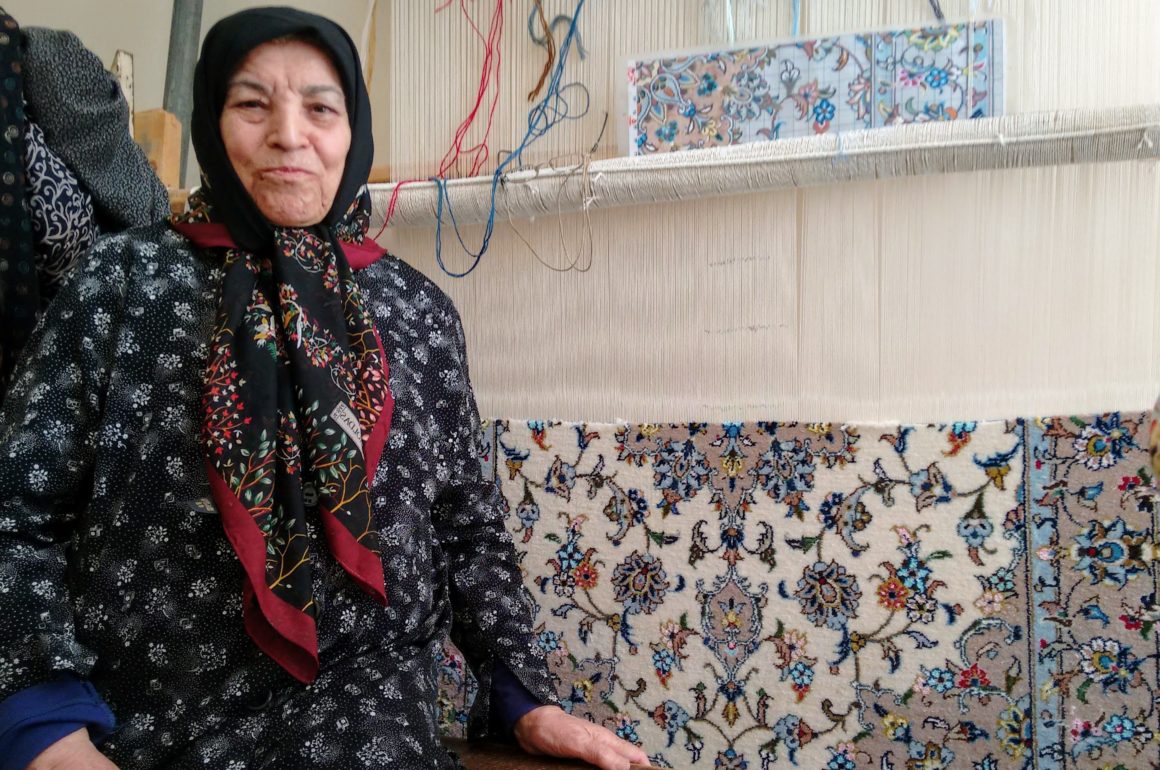 The Persian Rug. While in Iran, we spent time in the City of Kashan. It is the city in which Abi was born and where many of his relatives still live. We were graciously invited to the home of his Aunt Nahid. She has the gift of weaving extraordinary Persian rugs.

We spent three weeks in Iran. It was my first visit so we packed in as much excitement and visited as many sites as we could. I wanted to experience as much as possible. Five days on the road with several members of Abi’s family, as our guides, was a welcome opportunity.

The City of Kashan

The last stop on our road trip was the City of Kashan. It is a city located in the northern part of the Isfahan Provence. Kashan, with a population of approximately 400k, enjoys a much more relaxed vibe than the massive metropolis of Tehran. It is also one of the top two cities in Iran known for high quality Persian Rug weaving.

We were guests of Abi’s Aunt Nahid who has lived her entire life of 83 years in Kashan. She prepared a fabulous luncheon feast in our honor. It was quite the party. For me, to have the opportunity to watch Aunt Nahid weave a Persian Rug just so I could watch the process, was priceless.

Because of trade sanctions, U.S. citizens are not allowed to bring a Persian Rug in to the US. I can’t tell you how badly I was wishing I could roll up Aunt Nahid’s beautiful Persian rug and hide it in my bag.

To read more about our three weeks in Iran: