Perseus and the Story of the Stars 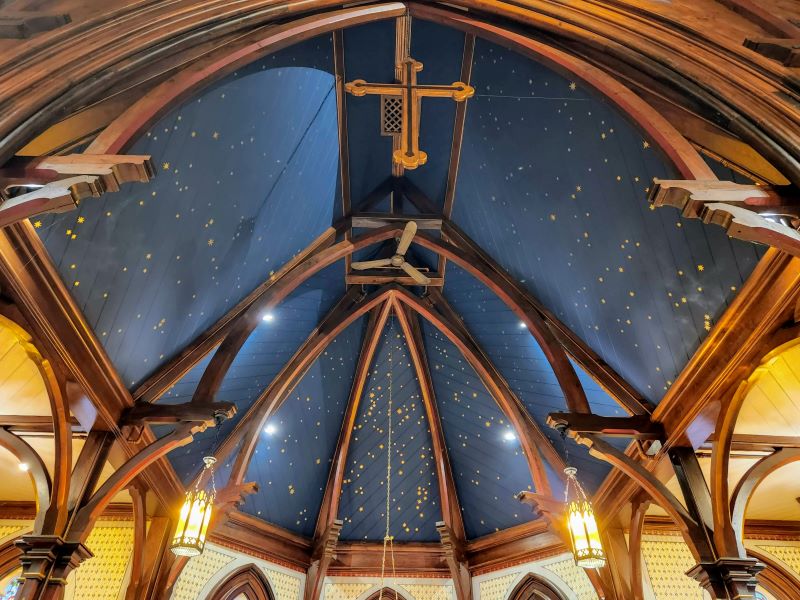 Perseus. Every now and then in our travels we come across a person, place or thing – or a story in this case – that takes hold of us and we feel compelled to share.

The Faith of Being Human

I am not a person of faith in that I do not believe in a deity, but I do tend to believe in the faith of simply being human. The spirituality, if you will, of said person, place or thing. I also believe angels walk among us. No, they don’t have wings or ghostly appearances, they just are who they are. I also emphatically believe in science. It’s good to be diverse, don’t you think?

When we travel we will almost certainly visit a chapel, church, cathedral, basilica, mosque, etc. if it beckons to us. Because, let’s face it, what better place to find stories of being human. We feel inspired by the art, architecture and history of said churches, etc.

With all of that being said, we recently visited Lunenburg, Nova Scotia and we were beckoned to visit St. John’s Anglican Church of Canada, (a national historic site of Canada) which has been a house of worship since 1753. We were met by a personable, and very knowledgeable, guide. Thank you, Andrew, for not only sharing the history of St. John’s but also for telling us the incredible story of the stars above the altar.

Before I tell you the story – and, I’ll be paraphrasing Andrew’s words – let me explain that a fire destroyed most of the church on Halloween night in 2001. The cause of the fire has never been solved. The church was rebuilt in the exact image of the original building, right down to the stars above the altar. If you didn’t know, it would never cross your mind that you weren’t standing in the original church. It is beautiful.

Perseus & The Story in the Stars

Andrew, our guide, asked us to look at the stars above the altar because he wanted to share their story. We did as he asked and we guessed they were in the form of a constellation. Little did we know.

There is no record of who actually originally painted the stars. It is suspected the artist would most likely have been a sailor with a profound knowledge of the stars, maps and a good sexton. It’s an incredible story, don’t you think? Had it not been for the fire the story of the stars may have never come to light. I encourage you to watch the brief video in which Dr. Turner describes the findings.

Lunenburg in itself is a destination worthy of everyone’s travels. The historic city center is an UNESCO World Heritage Site. To say Lunenburg is as pretty as a postcard would be a fairly accurate description. It oozes charm and tranquility with so much original architecture, a vibrant waterfront and endless views of sailboats bobbing with the movement of the sea.

If you find yourself in Lunenburg, and really you should, be sure to visit St. John’s Anglican Church of Canada and if you’re lucky, Andrew will tell you the story of Perseus and the stars.