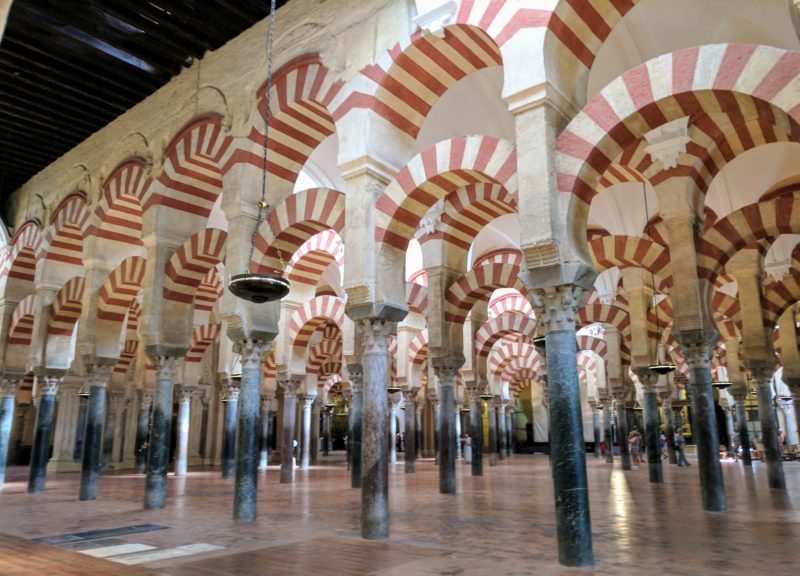 The Mosque of Cordoba

There are moments in time when one has to come to a complete stop to just take in said moment because one finds oneself in a place of perfection; a place so extraordinarily inspiring it takes ones breath away.  For us, that moment happened when we stepped inside the Mosque of Cordoba.  Never before had we seen such a place, and most likely never will we again.

It’s hard to imagine such a place, right?  A mosque with a cathedral smack dab in the middle of it.  How could that be?  We definitely found it hard to imagine so of course we were determined to see it for ourselves. It proved to be an easy day trip from Seville, which I will explain at the end of the post. 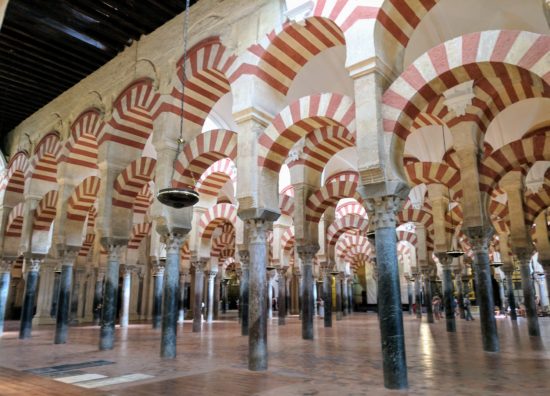 The Mosque of Cordoba

Known as the Mosque-Cathedral of Cordoba, and declared a UNESCO World Heritage Site in 1984, the historical masterpiece originated as a basilica in the mid 6th century during the Christian period/control of the area.  The construction of the mosque itself began in the 9th century and throughout the centuries the size grew in epic proportions. At it’s grandest scale, the mosque accommodated upwards of either 30,000 or 50,000 worshipers. I honestly don’t remember the exact number but needless to say the space is massive even it “only” accommodated 30,000. 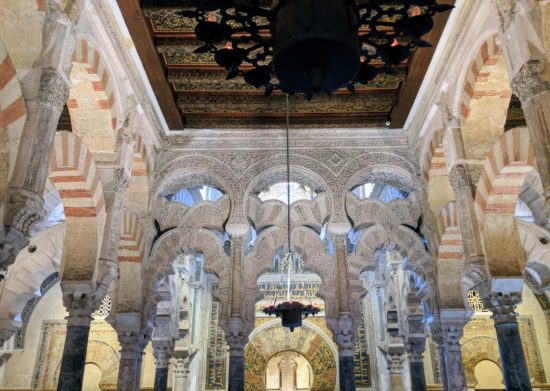 Always remember to look up!

It’s a bitter sweet story, the story of the mosque and cathedral, although I suppose it depends on your point of view.  After five centuries in the Muslim period/control, the mosque was taken over and once again dedicated to Christianity in the year 1236 and has remained as such.  The mosque is all kinds of fabulous.  It’s a contradiction of architectural styles and philosophical convictions of faith, which makes it all the more fascinating.  Had the Christians not built the cathedral in the center of the mosque, in the early 14th century, more than likely the mosque would have been razed during the time of the Spanish Inquisition, which of course would have been a tragic loss of historical proportions.

If the walls of the mosque could talk, what a story they would weave. One would like to believe that people and cultures of faith, in the truest form, can and should co-exist peacefully.  But, it has yet to happen in the Mosque of Cordoba. The powers-to-be will not concede to a shared space of prayer and worship as the site is consecrated under Catholic doctrine.  The decisions made in the name of God often leave one to wonder…why.  Again, depending on the chosen point of view. 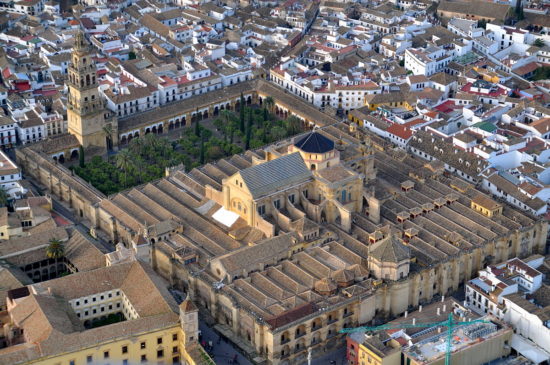 An aerial view of the Mosque-Cathedral of Cordoba.     Photo credit: Wikipedia

What is This Place?!

Regardless of chosen points of view and/or convictions of culture, faith and perspective, there is no room for doubt when it comes to the historical significance of the Mosque-Cathedral of Cordoba and it’s role in the history of Spain.  There is no room for doubt that the Mosque-Cathedral will continue to reveal its layers of controversy as those who wish to co-exist and worship peacefully side-by-side move forward in their quest. The mosque and the cathedral have stood within each other for centuries and it is fascinating in all contexts of conversation. 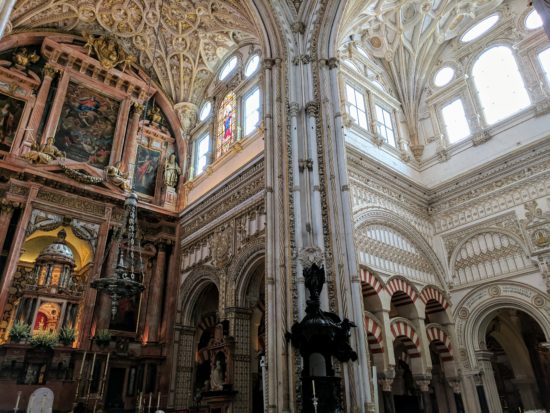 Cathedral on the left, mosque on the right, it is a contradiction in style and faith, standing within each other for centuries.

As we neared the end of our time in the mosque and made our way to the exit, I couldn’t help but overhear another couple who had just entered.  The woman exclaimed in awe, “What is this place?!”   I smiled and thought to myself, you have no idea what you’re about to experience. 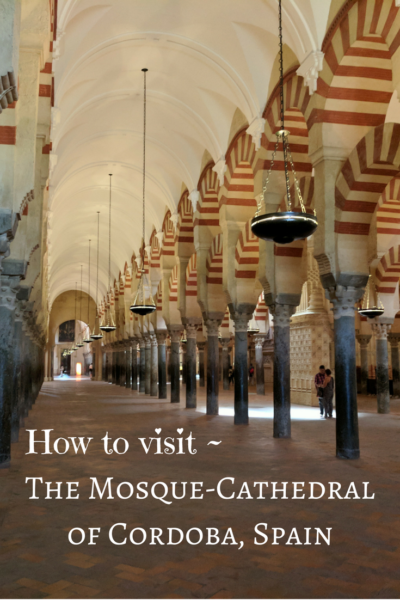 The Best of the Best: Potsdam, Melk, & Mondsee
Share: