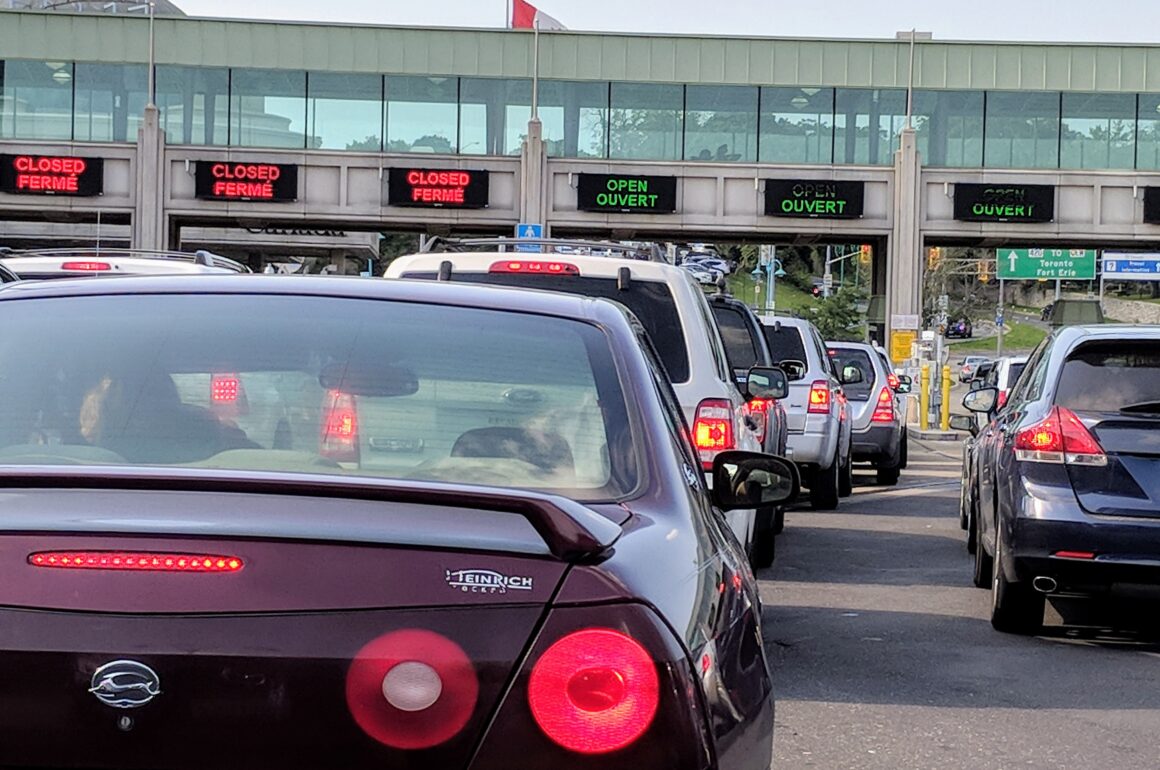 It’s been a few years, four to be exact, since we found ourselves crossing the Canadian Border. Our return is a bit overdue. But, as we all know, life and pandemics get in the way of making plans. Do you still make plans? I’ve pretty much given up on the concept of long-range plans. Too many changes, too often, in this new normal.

Our last foray to Canada led us to Toronto. A diverse modern city with a surprisingly booming food scene. Along with the obligatory trip to Niagara Falls, our purpose was to enjoy time well-spent with our extended family. Which we did, happily.

There’s a good chance we’ll be heading back to Toronto in November, but that’s a story for another time, however plans are in the works. Wait. Didn’t I just say I stopped making long-range plans?

It’s time to pack up the car and head north once again in search of new destinations. We’ll be following the eastern seaboard as we make our way north, with stops in Connecticut and Maine. Maine will be our 47th state. Still chasing the elusive Alaska, Iowa and North Dakota.

We aim to cross the Canadian Border near St. Stephen in New Brunswick, Canada. And, then it’s on to Moncton, New Brunswick for just an overnight before we cross over the Northumberland Strait to Prince Edward Island.

It’s been a long time desire to visit Prince Edward Island. The inspiration to make it happen in 2022 is the newly developed Island Walk. The walk is 430 miles (700 kms) and it circumnavigates the island perimeter. We’ve been wanting to take another long walk, and while we don’t have 30+ days to take on the full distance, we do have time to walk several sections one day at a time.

But first, we have to drive north just a bit more than 1,000 miles, which includes crossing the 8-mile Confederation Bridge. Truth be told, me and my fear of heights are not looking forward to the engineering marvel known as the Confederation Bridge, so Abi will be at the wheel.

While on the island, we’ll be based in Summerside. New Destinations. From there we hope to explore every nook and cranny of the island, not only by car, but also by walking sections of The Island Trail. Along with taking a lot of long walks, we’re looking forward to breathing in the crisp ocean air as we walk along the many beaches, strolling through all of the charming villages, exploring the north coastal drive and finding light houses. There’s even a potato museum and a sea glass shanty. Raise your hand if you’ve been to a potato museum or a sea glass shanty.

From Prince Edward Island, we’ll cross back over the Confederation Bridge. When leaving the island there is a bridge fee of $50. Update: One of our readers suggested we take the ferry from Woods Island, PEI to Caribou, NS rather than drive back across the bridge. Another adventure!

It would be a shame to not spend a few days exploring Nova Scotia, having driven all that way. So, that’s what we’re going to do. We’ll base ourselves in Lunenburg, where we’ve booked an adorable little one-room cottage with a view of the Atlantic. New Destinations.

We’ve made zero plans on how to spend our time, but we’re looking forward to it all the same. And, I just this very minute learned that Old Town Lunenburg is a UNESCO World Heritage Site. Who knew? Sometimes, the best plans are no plans at all. Don’t you agree?

Once we leave Nova Scotia our first stop will be Digdeguash, New Brunswick, which is about 20 minutes north of the Canadian border, mostly because I came across a beautiful inn that sits on 60 acres overlooking a tidal bay. I mean, how can we not?

From there, it’s a long drive home following the same route, only this time heading south. We’re guesstimating this once-in-a-life time road trip will be about 3,000 miles. Gas prices? Bah! The open road is waiting!

« Previous post
Perseus and the Story of the Stars
Next post »
Virginia Roads: How to Spend a Day in Richmond