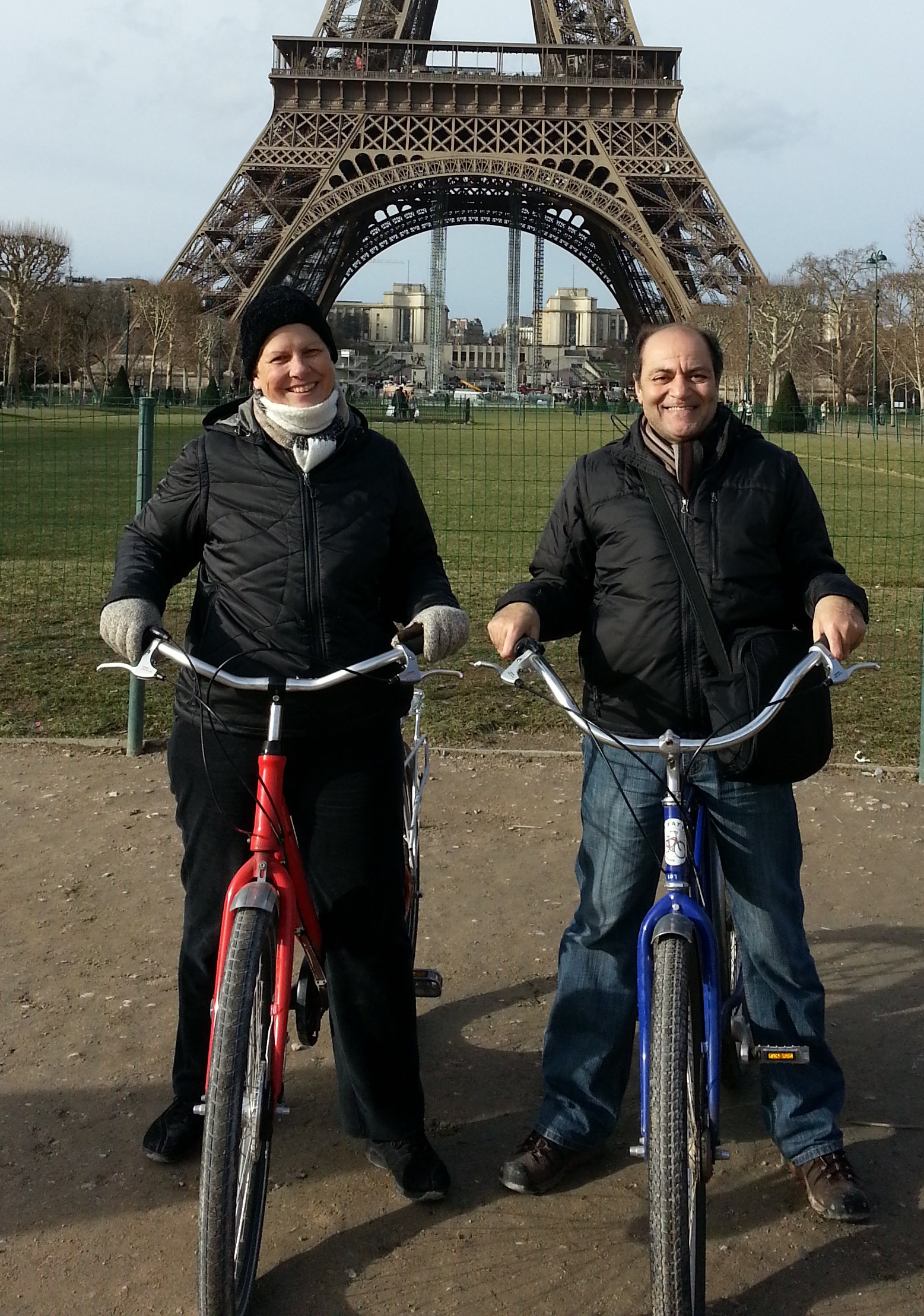 We did so many fun things and saw such great sites while we were in Paris, it’s hard to pinpoint favorites, but our day pedaling around Paris is definitely way up on the list.

We had read about the Fat Tire Bike Tours in Rick Steves’ Paris 2013 book, but we also knew about it from the recommendation of a traveling family, Travel Junkies – A Family Goes RTW.  We really wanted to hop on the bikes and take the tour but we waited out the weather, knowing if we waited too long we may not actually make the trip. But the tours go out rain or shine and somehow riding a bike in snow flurries, or 36 degree weather, just didn’t do it for us.  Finally, the forecast for January 28 (two days before we left) was clear skies and about 40 degrees.  Yes!

We didn’t make reservations because we decided we would wait to see what the day actually brought weather wise.  Fortunately, the day dawned with clear blue skies and while it was chilly, it was one of our best weather days.  We hopped on the Metro and whooshed across town to the Eiffel Tower and unknowingly walked past the sign twice before I heard someone say, in English, are you here for the bike tour?  He wasn’t talking to us but yet he was.  After gathering his group our guide, Rick, walked us back to the office where we signed our waivers and found our bikes.  Sadly, I didn’t pay attention to the style of the seat on my bike and it proved to be a butt-aching ride.  Lesson learned for future adventures.

Testing out the bike. Note to self: pay attention to the style of the seat.

Anyway, once everyone was set with their bikes we got a quick orientation of how to safely ride a bike through the crazy-ass streets of Paris and we were on our way. 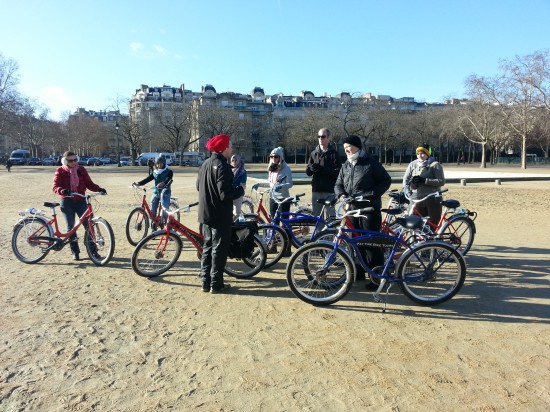 Our group with our guide, Rick, and his bright red hat. You could always spot him!

What a fantastic day it was, with the blue sky, the sun shining (just a week ago there was 4 inches of snow on the ground!) and a good group of people with a fun informative guide.  The tour is about 4 hours and 6 1/2 miles, with lots of stops along the way.  It was especially fun for us to hear a different perspective, and back stories, of some of the sites we stopped at.  Since the bike tour was at the end of our stay, we had already visited pretty much every site we stopped at.  So, I’d say it’s a great trip to make at the beginning of your visit to get a feel for the city, or take it as we did, a wrap-up of our stay.  Either way, it’s great fun! 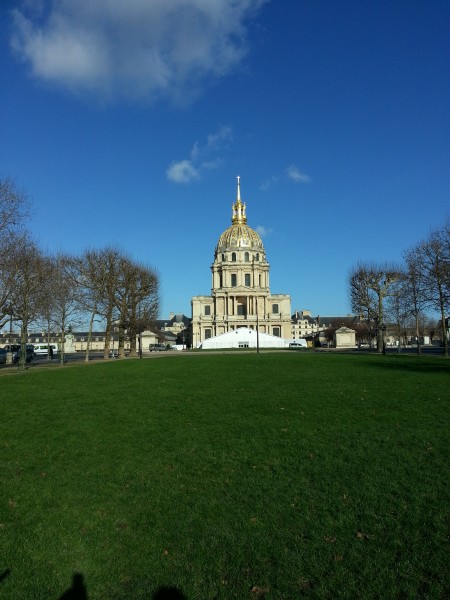 The chapel at the VA hospital that houses Napoleon’s tomb. Look at that beautiful blue sky!

The story goes… King Louis XIV visited the soldiers at the barracks/hospital and learned that they were required to attend church every single morning.  Louis thought that was a good idea and thought he should go to church each morning as well but of course he couldn’t go to the same church as the soldiers so he told his peeps to build a church.  The church was built and when Louis returned to see the results he was (reportedly) intoxicated.  In his stupor he looked up and could not focus on the painted dome ceiling so he told his peeps to lower the dome so he could see the painting better.  Well, of course the peeps panicked because how in the hell were they going to lower the dome?  The solution:  the peeps built a false ceiling and had the same artist (who painted the dome) paint the new false ceiling exactly the same but he added in an optical illusion.  He painted the corners in a way in which the corners appeared rounded.  When Louis returned he looked up and never knew the difference, and as the story goes he never actually attended services in the church.  Ya gotta love it!  Now here’s the real kicker… when Abi and I visited the chapel (days prior) we looked up in awe at the painted dome and just like Louis, we never knew the difference. 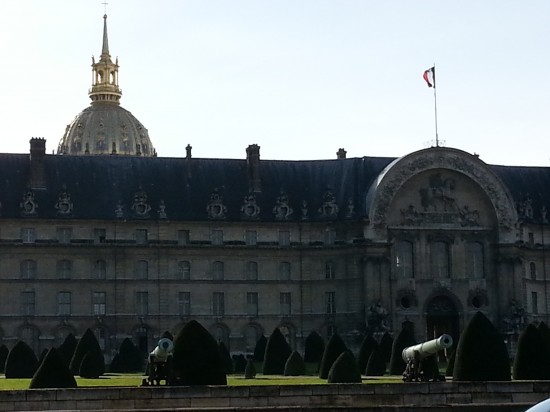 See the dome of the same chapel? 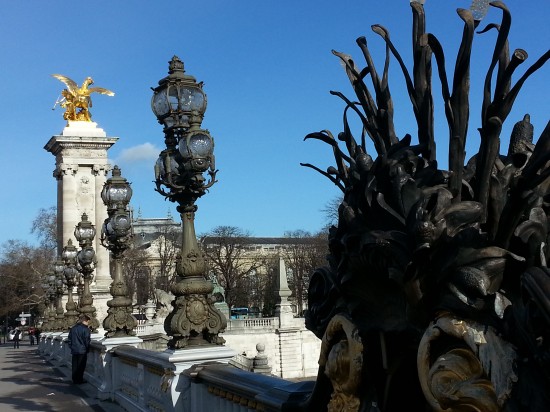 Fabulous bridge, the name of which escapes me. Someone help a girl out? 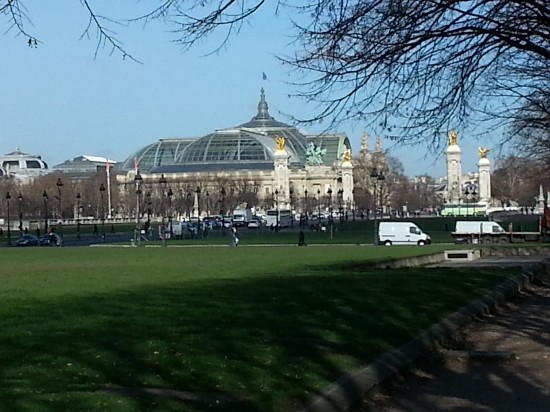 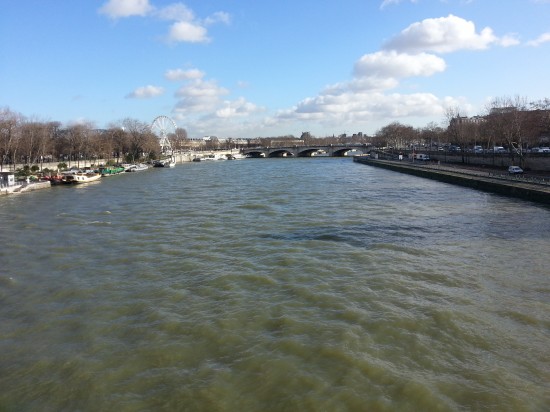 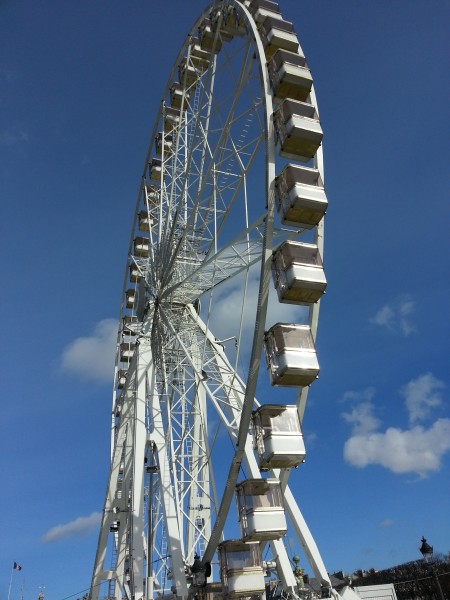 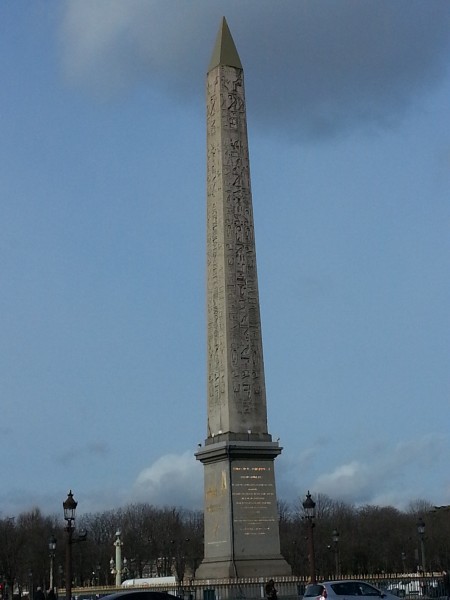 The Egyptian Obelisk. Apparently, Egypt wants it back! The Obelisk is centered in the area of where 30,000 people were put to death during the revolution. A grim tidbit of history. 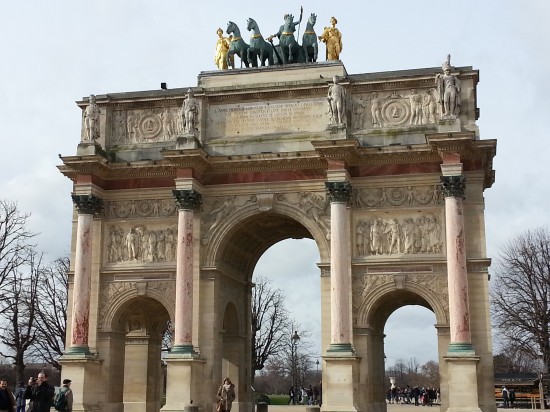 Napoleon built the Arc de Triomphe for his troops to ride through on their glorious return from battles. It was not completed in time so this little arc was thrown up quickly and sufficed. A straight view through this arc and you can see the Arc de Triomphe.  This arc is near the Louvre. 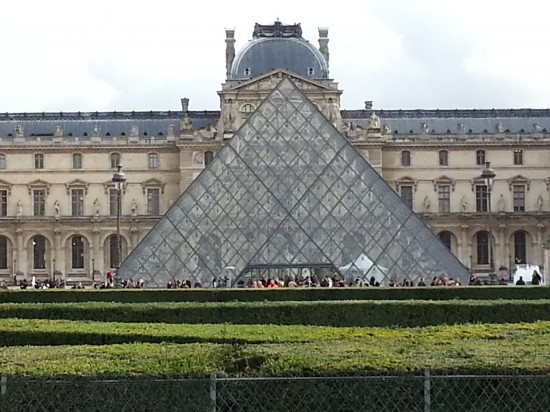 The pyramid at the Louvre. So wrong, yet so right. 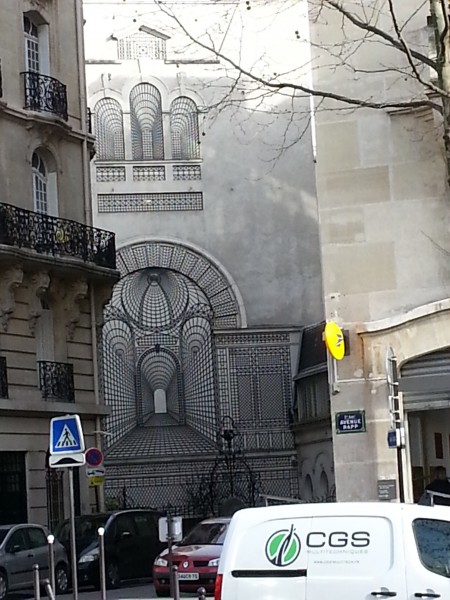 An optical illusion painted on a building. 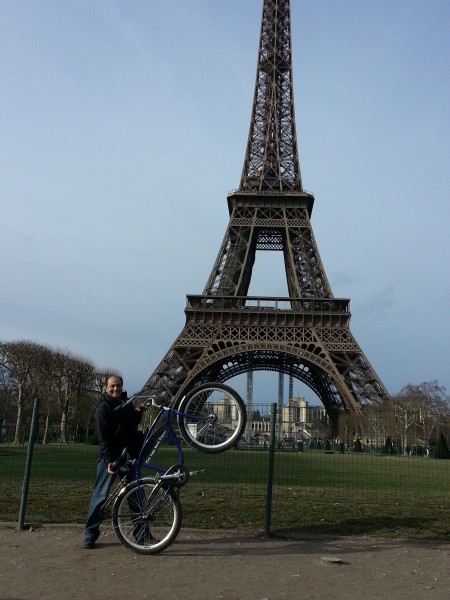 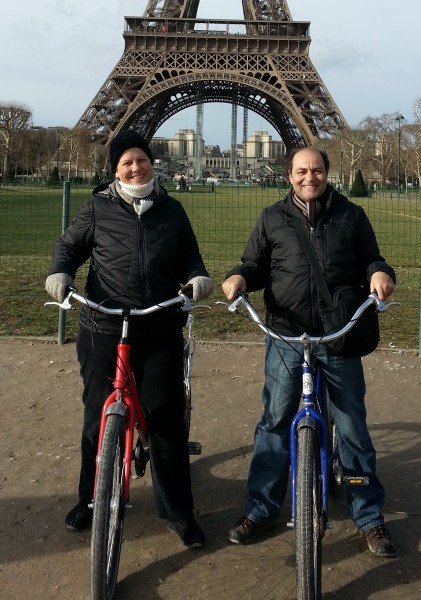 A Conversation & The Voice of Resistance